Mumbai, the next phase of our Indian initiation. The majority of the time we've spent so far in the country has been in smaller towns, with Bangalore being our only real taste of big city life. We were pleasantly surprised with our time there, much different to what we were expecting, but now we were about to step into a different league. This time we were anticipating absolute chaos; the real, crazy India that you see on TV, some Slumdog Millionaire type shit! As our train pulled into Mumbai CST, we braced ourselves for utter bedlam... but there wasn't. In fact, it was actually quite nice. Very nice in fact. Architecturally, it’s probably one of the most classically beautiful cities you’ll see; with countless old, colonial style buildings that greeted us right as we got off the train. 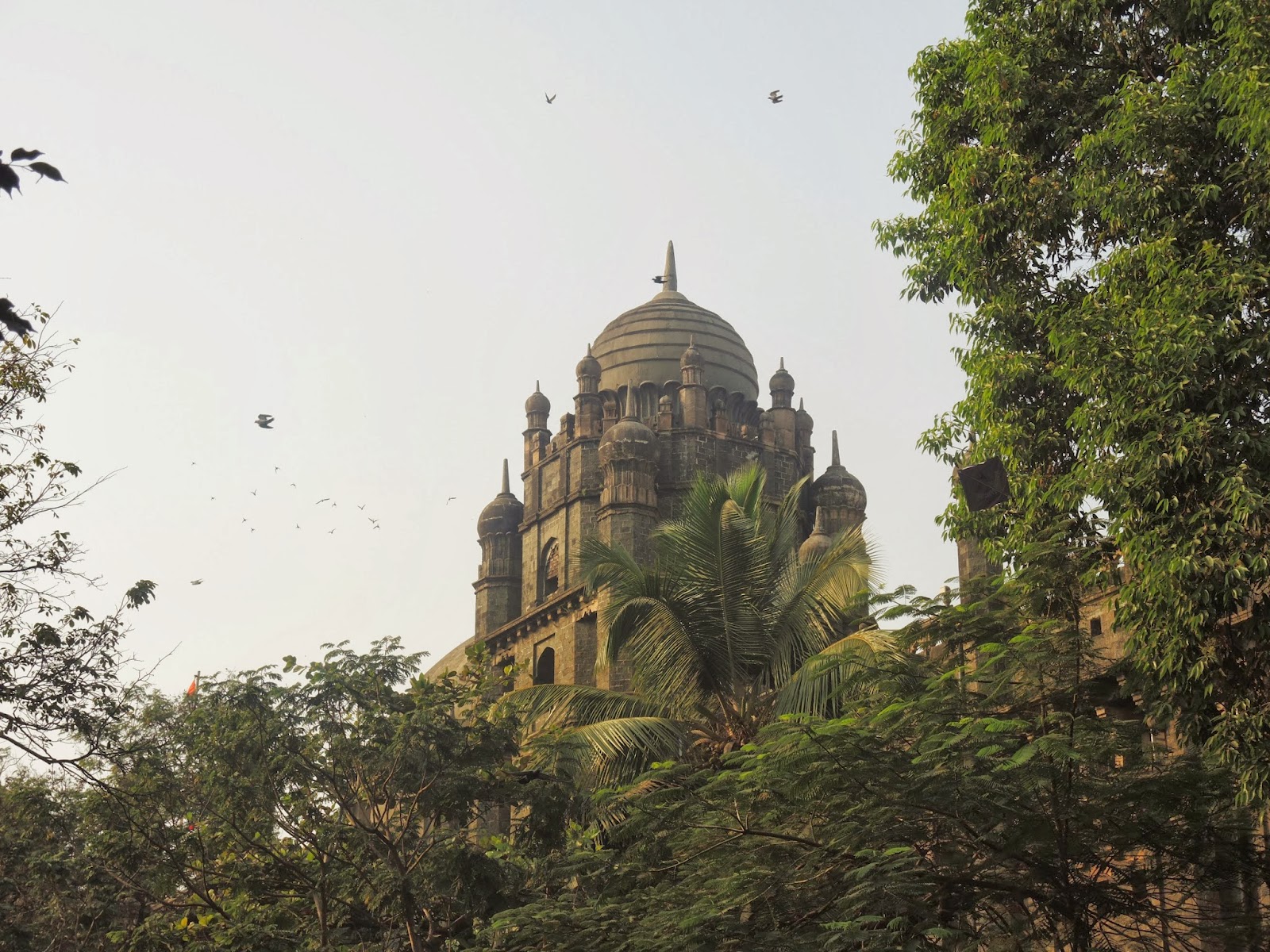 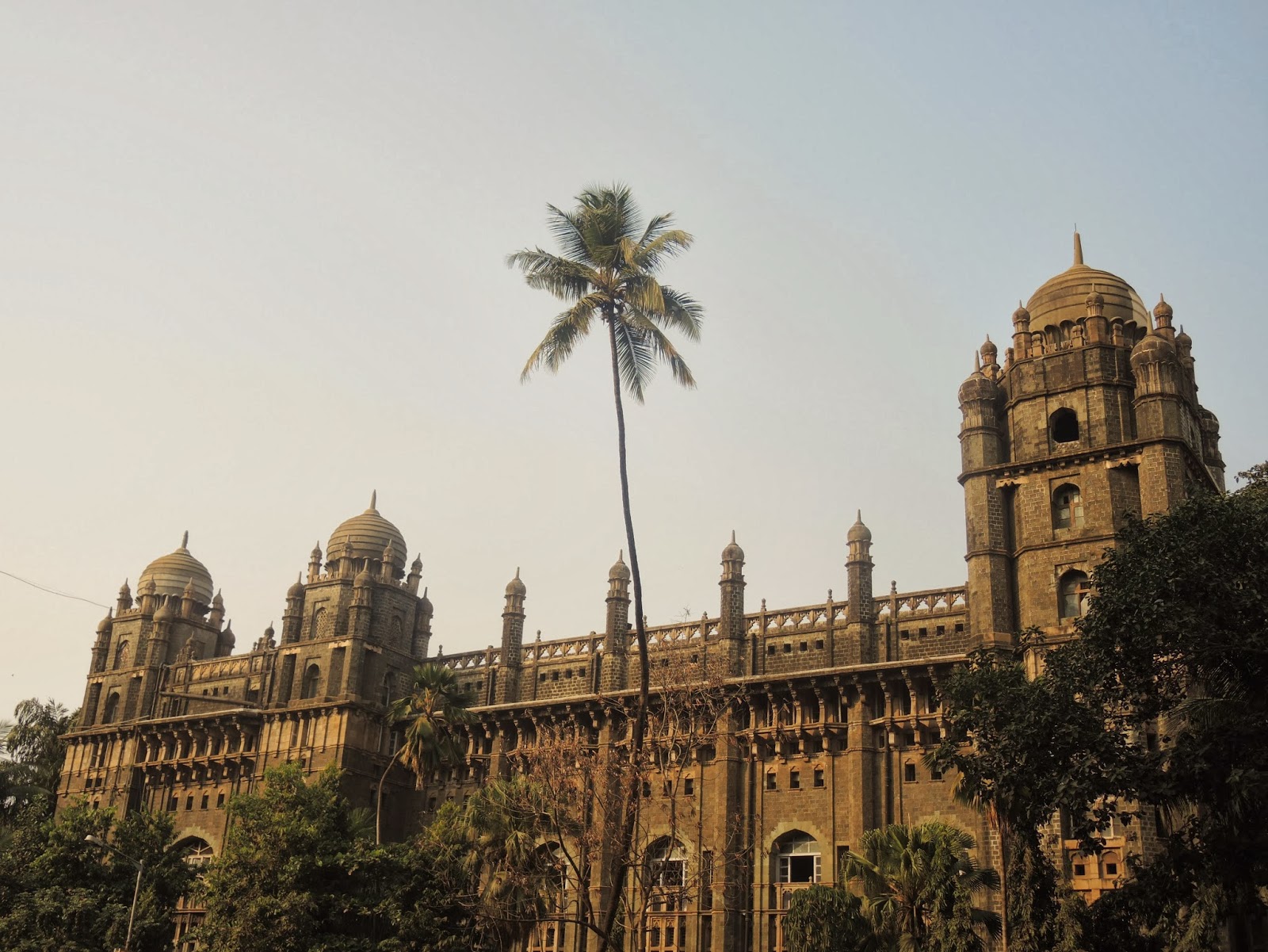 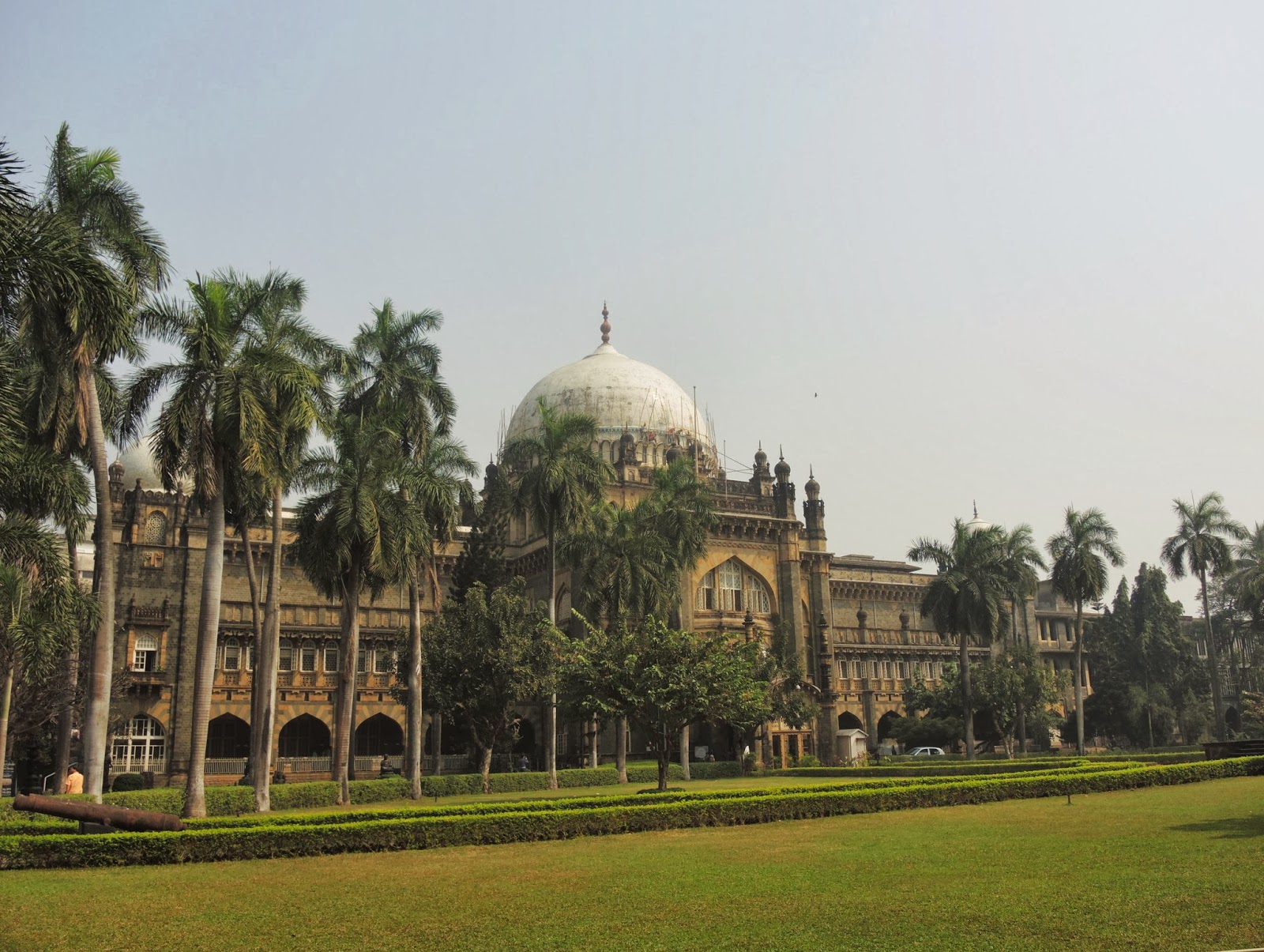 And these aren't palaces or forts or anything important like that; these are just everyday buildings like train stations and post offices. We were really taken aback by it.

The strangest thing though wasn't the beauty of the place, but the relative calmness. Of course it’s a huge city with over 12 million people, so you’re always going to have traffic and beeping and general noise, but it wasn't at all the picture that I had in my head. I can concede a large part of that was probably the area we were staying, in the vicinity of Mumbai University and the High Court, so it was probably a bit more of an upscale neighbourhood. But I can only give my opinion on what we saw, and what we saw was lovely! 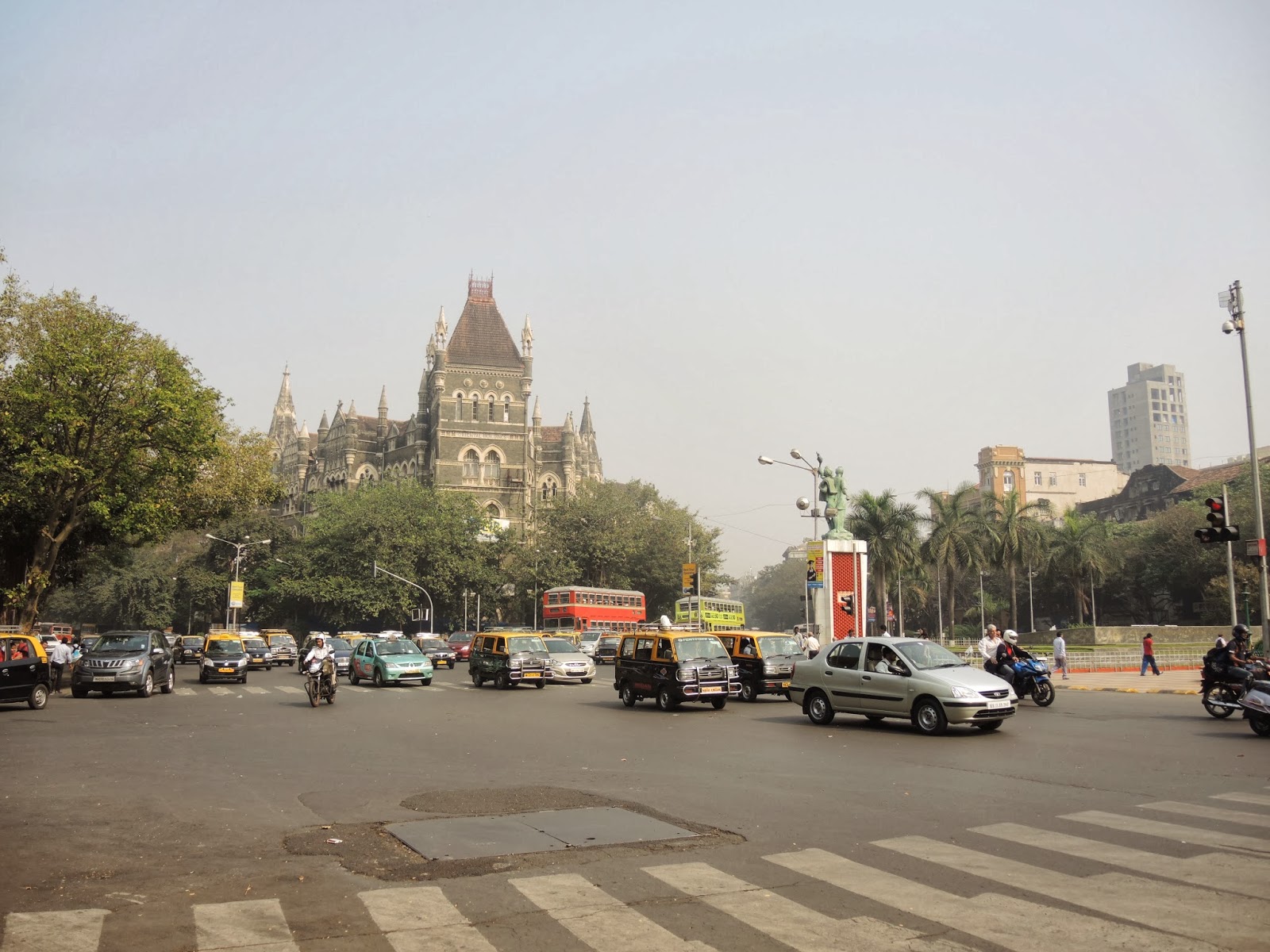 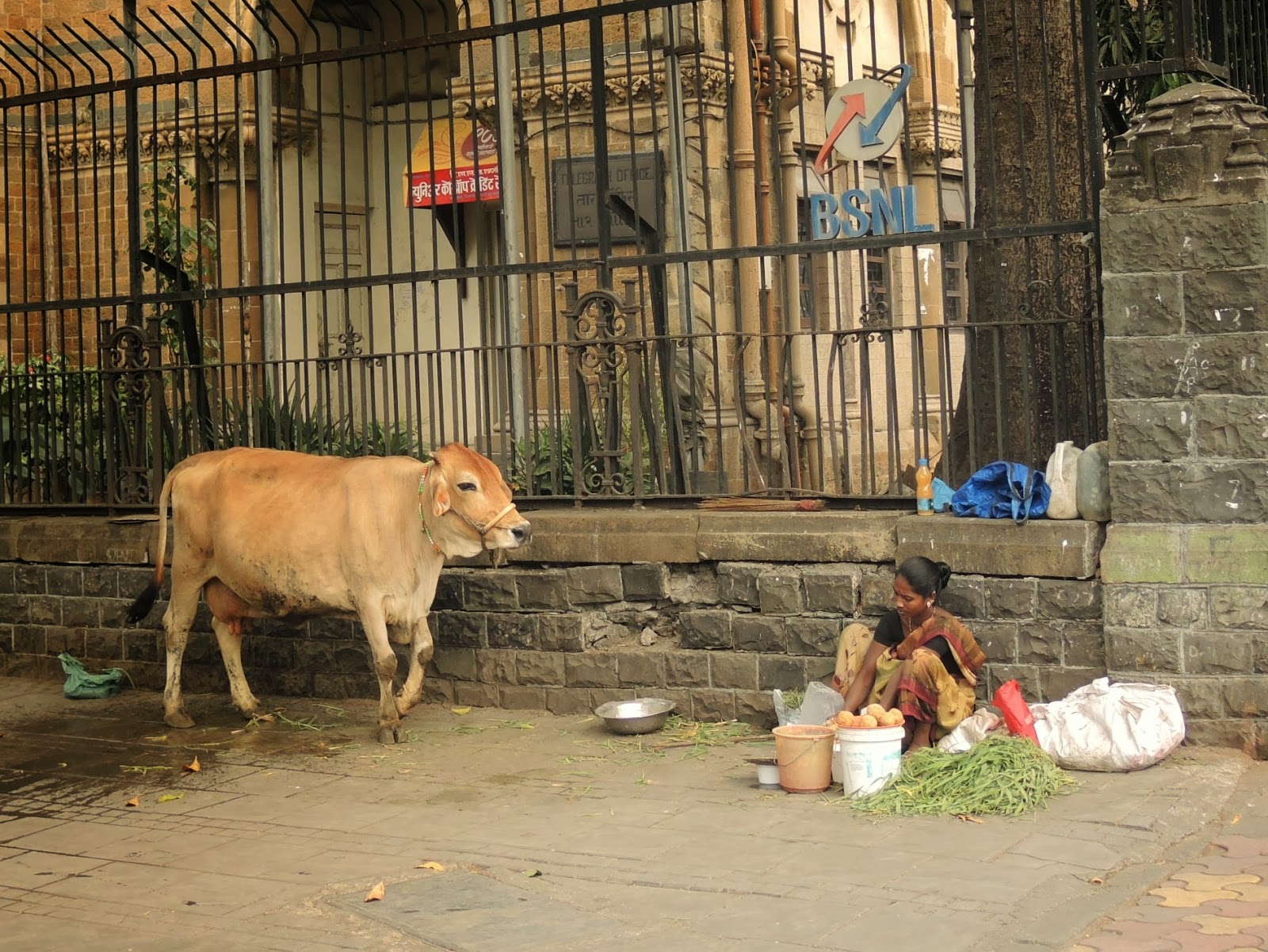 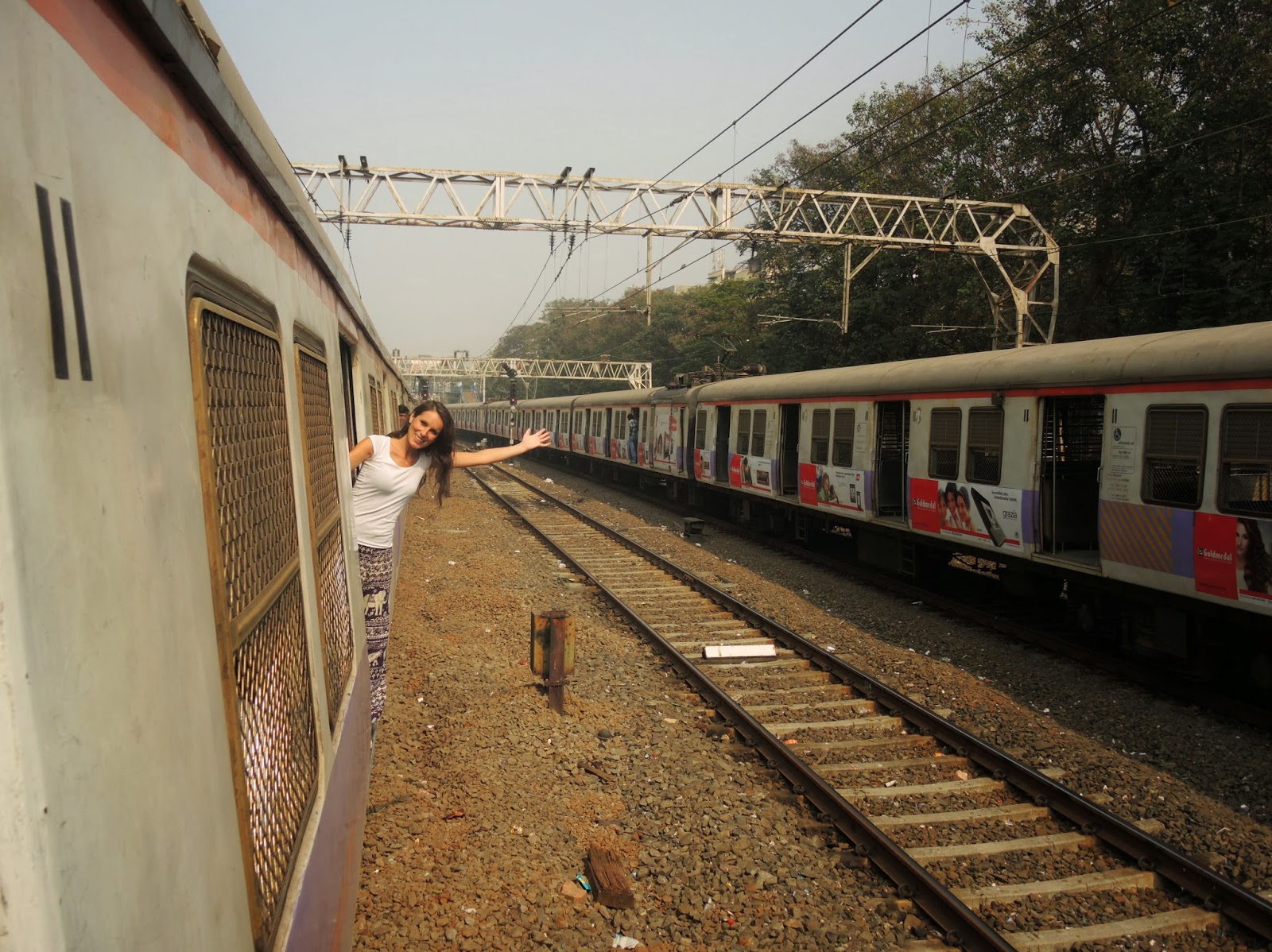 We arrived in Mumbai after another very straight-forward night train. They really are the best way to travel in India, just make sure to book well in advance. If you are planning on visiting here, cleartrip.com will be your best friend when it comes to transport.

It was 7:30 when we got to the hostel and check in was at 12pm, so we had a few hours of waiting around in the corridor til then. Still, we had been without internet for the past few days in Aurangabad so we had plenty to catch up on. After we got our room and got settled, we just went for a general wander around the neighbourhood, admiring the loveliness of it all. We also paid a visit to the Gandhi Museum, housed in the building where he lived for 17 years. 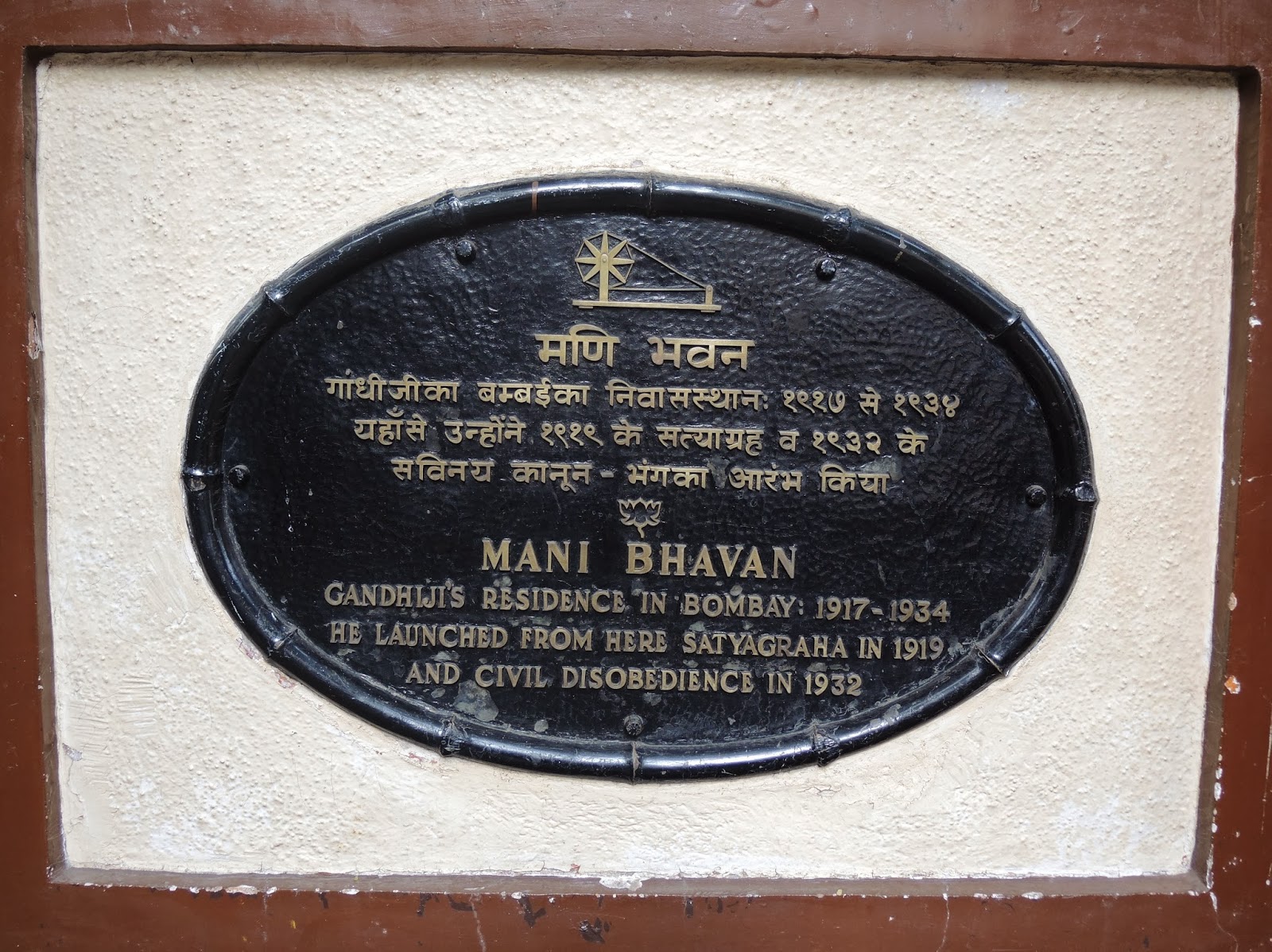 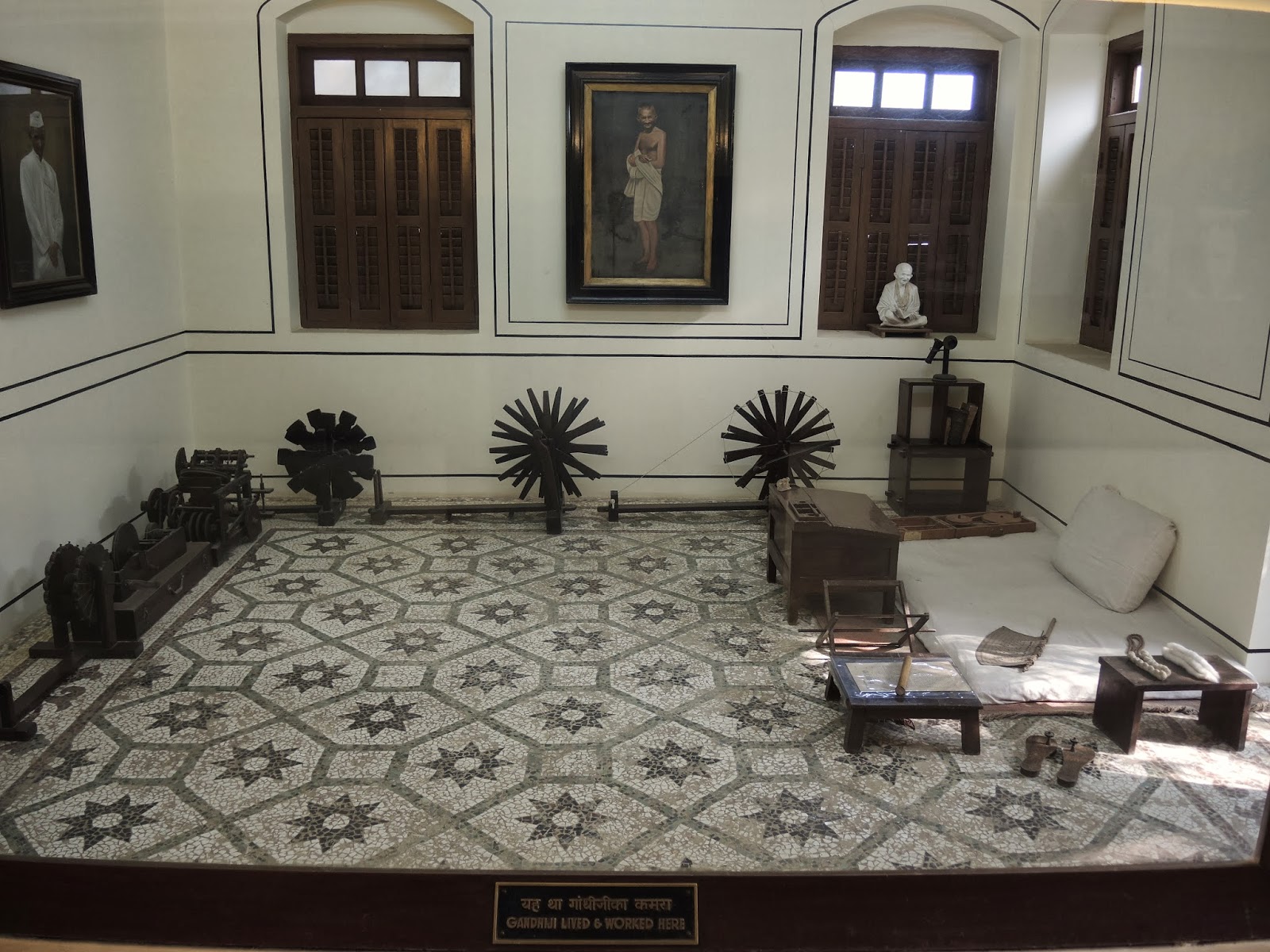 We're not too big on museums, but this one was quite good (and quite small, which helped). Probably the most notable thing in the whole place was a letter he wrote to Hitler. It's just strange to think that this pair, who are arguably two of the most influential people in history, had some sort of correspondence. (It's like seeing celebrities tweeting at each other!). It's even strange to think that they were around in the same era, such is the complete contrast in their respective impacts on the world. 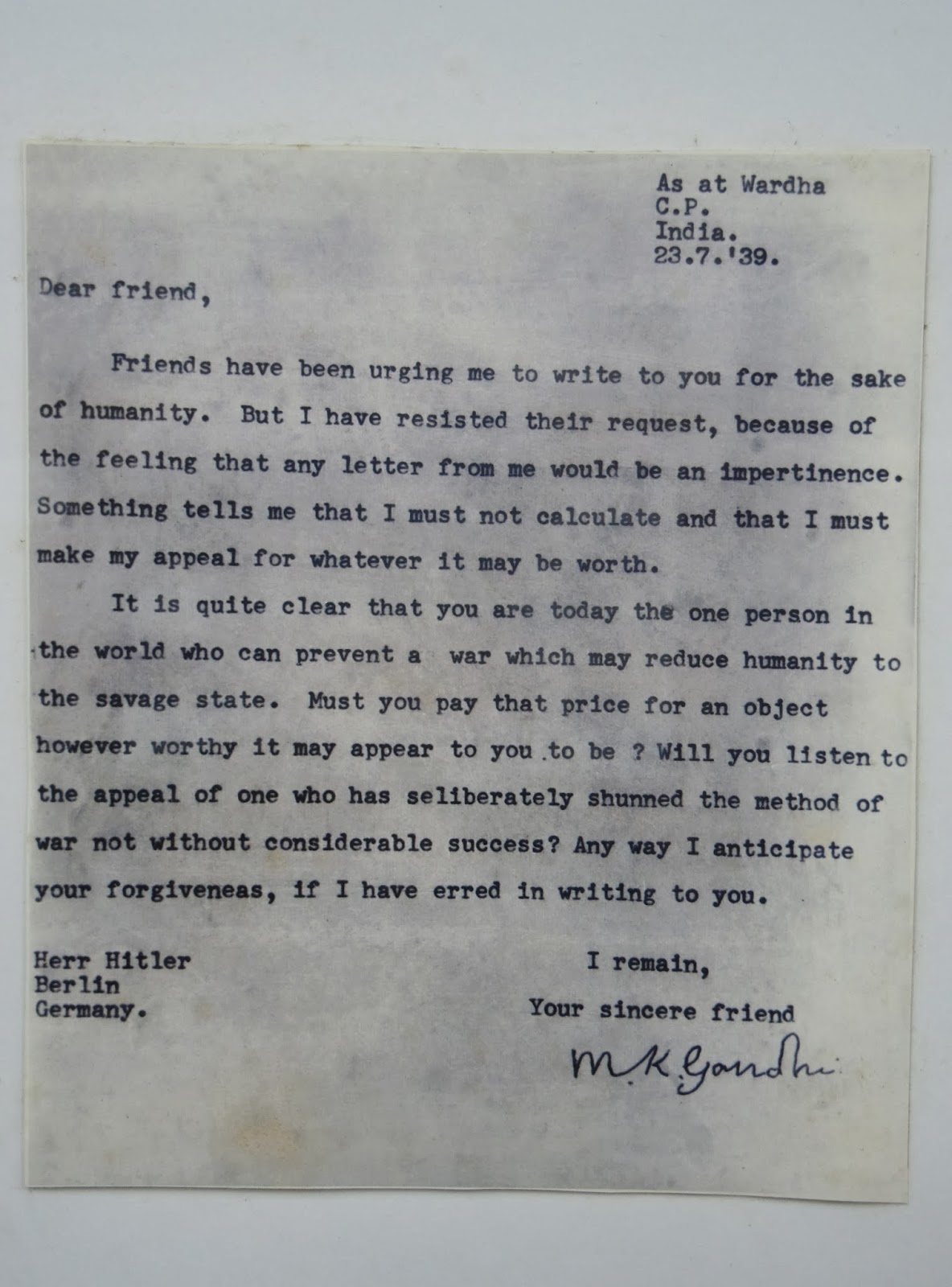 Above is said letter, although it's probably too small to read, so here is the transcript:

Dear friend,
Friends have been urging me to write to you for the sake of humanity. But I have resisted their request, because of the feeling that any letter from me would be an impertinence. Something tells me that I must not calculate and that I must make my appeal for whatever it may be worth.
It is quite clear that you are today the one person in the world who can prevent a war which may reduce humanity to a savage state. Must you pay that price for an object however worthy it may appear to you to be? Will you listen to the appeal of one who has deliberately shunned the method of war not without considerable success? Any way I anticipate your forgiveness, if I have erred in writing to you.
I remain,
Your sincere friend
M. K. Gandhi

As an aside, Gandhi is pretty huge here in India (probably unsurprising), and I think there seems to be a Mahatma Gandhi Road in every city in the country. Plus, he appears on all the bank notes here and there's countless statues of him too. Everybody loves the Gandmeister!

The next morning, we got our first real taste of slum life in India as we visited Mahalaxmi Dhobi Ghat - Mumbai's very own, open air washing district. Here, laundry from all over the city (hotels, stores, factories etc.) is painstakingly scrubbed and wrung and hung out to dry by the locals who work 14 hour days, submerged in these dyed and bleached waters. I have to say, it was one of the most interesting things we've seen in our time in India and gave us a real insight into an entirely different world. 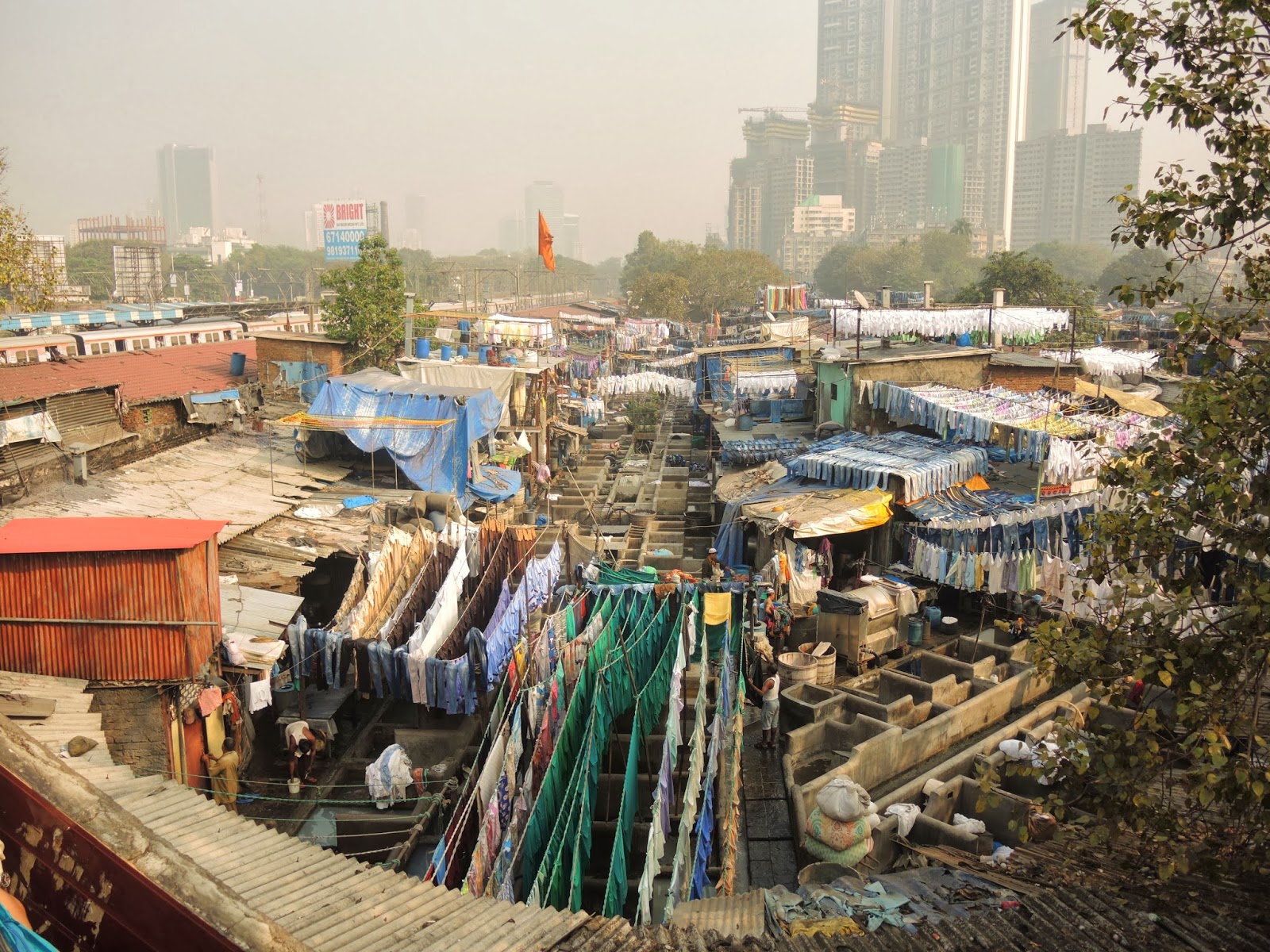 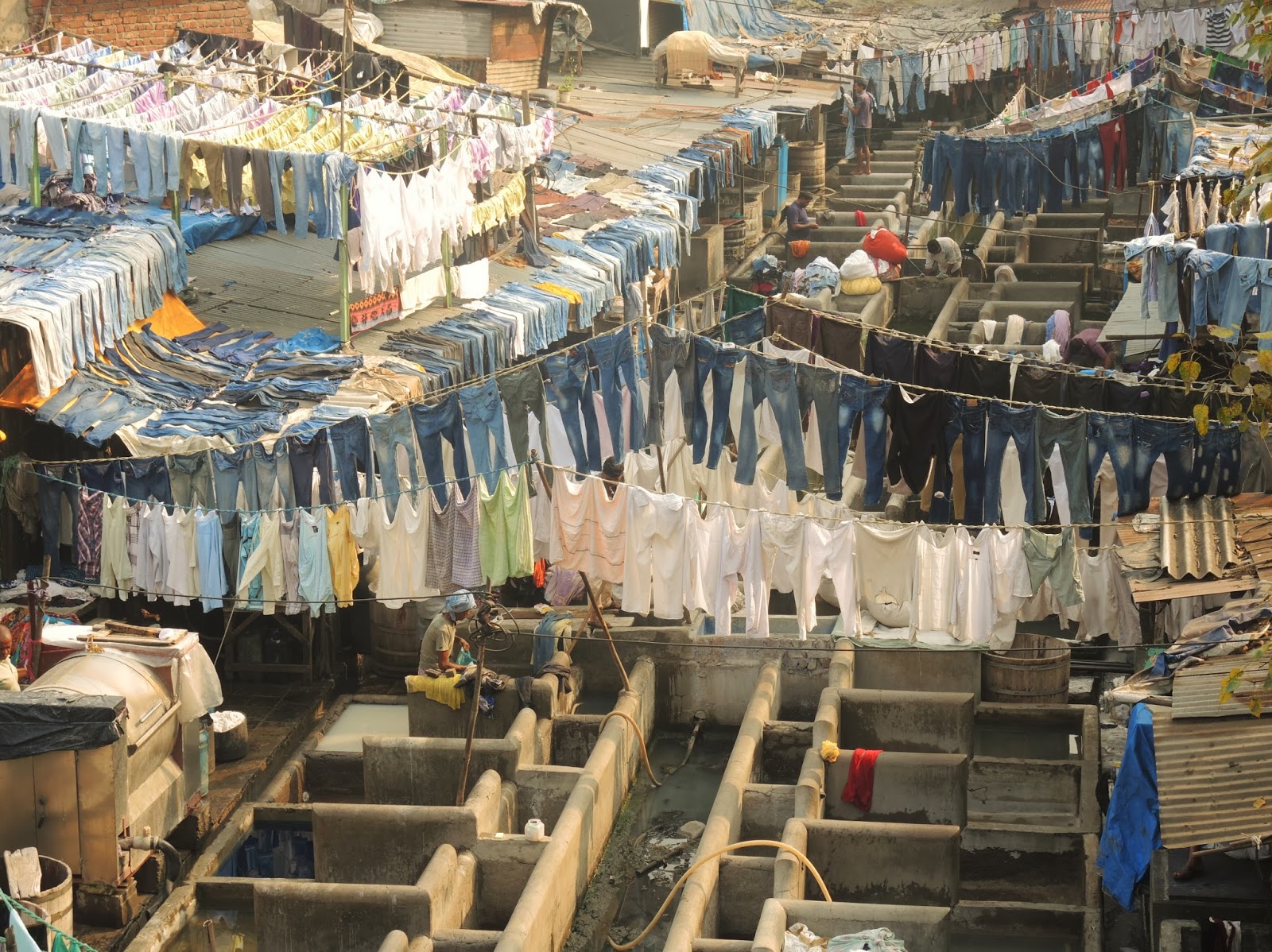 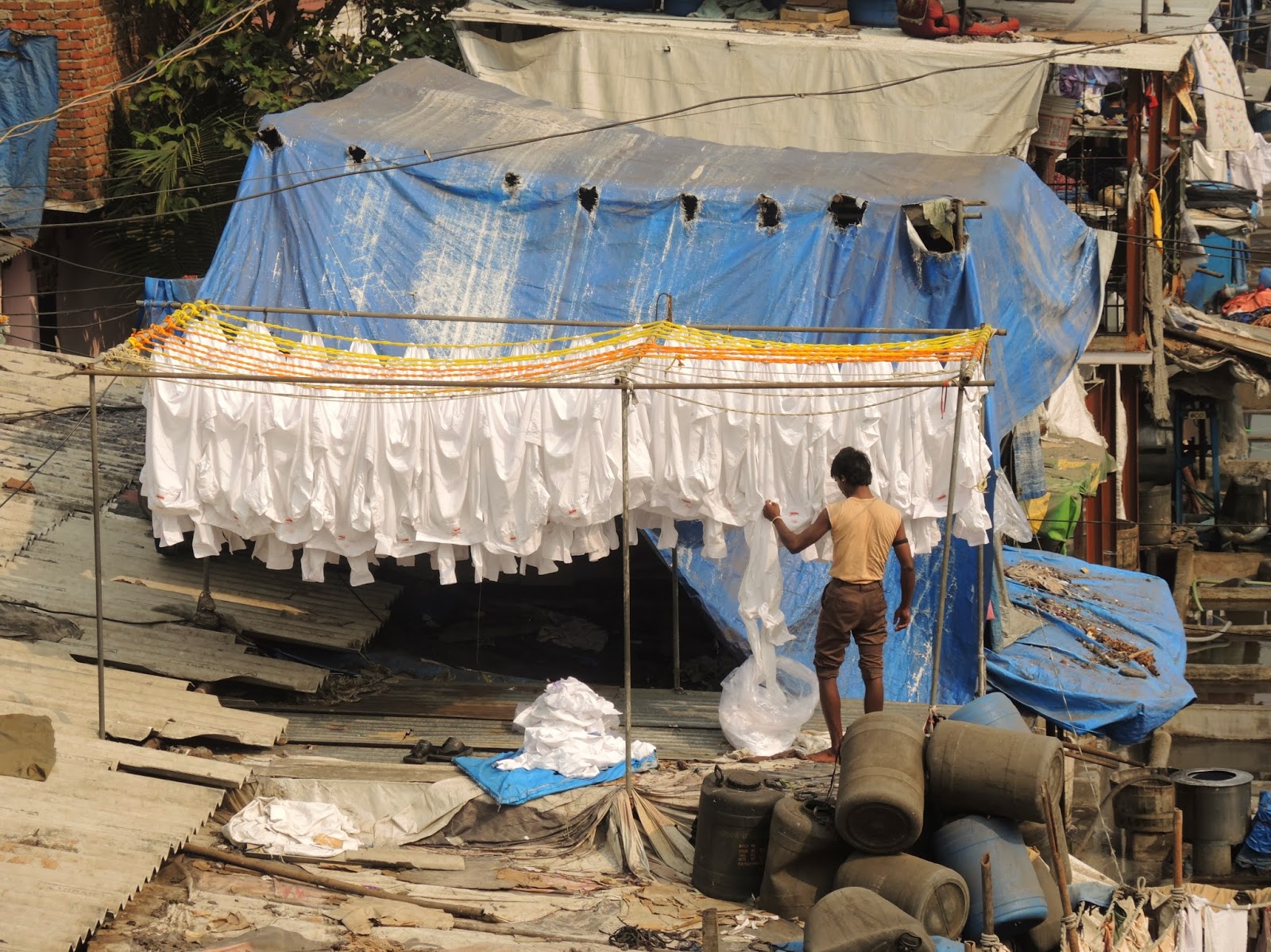 We first viewed the scene from the bridge above, and it was just awash with colours (pardon the pun); from clothes lines hung with rows and rows of uniform white bedsheets and blue jeans, to multicoloured sarees and gowns, it was just a feast for the eyes. Then came the hard part - getting inside this alien world, to see everything close up. We circled down and around the perimeter, half-intimidated to penetrate the outer walls and walk amongst the washers at work. Our cause wasn't helped by locals at the various entrances, claiming that we couldn't go in without a guide. We weren't sure if this was true or not, but they seemed quite adament about not letting us in without paying one of them for a guided tour. In the end, we teamed up with a lovely, English couple and split the price, just to avoid the hassle really, and it actually was helpful to have someone to show us around; from the washing area, to the living quarters and all the intricate alleyways in between. 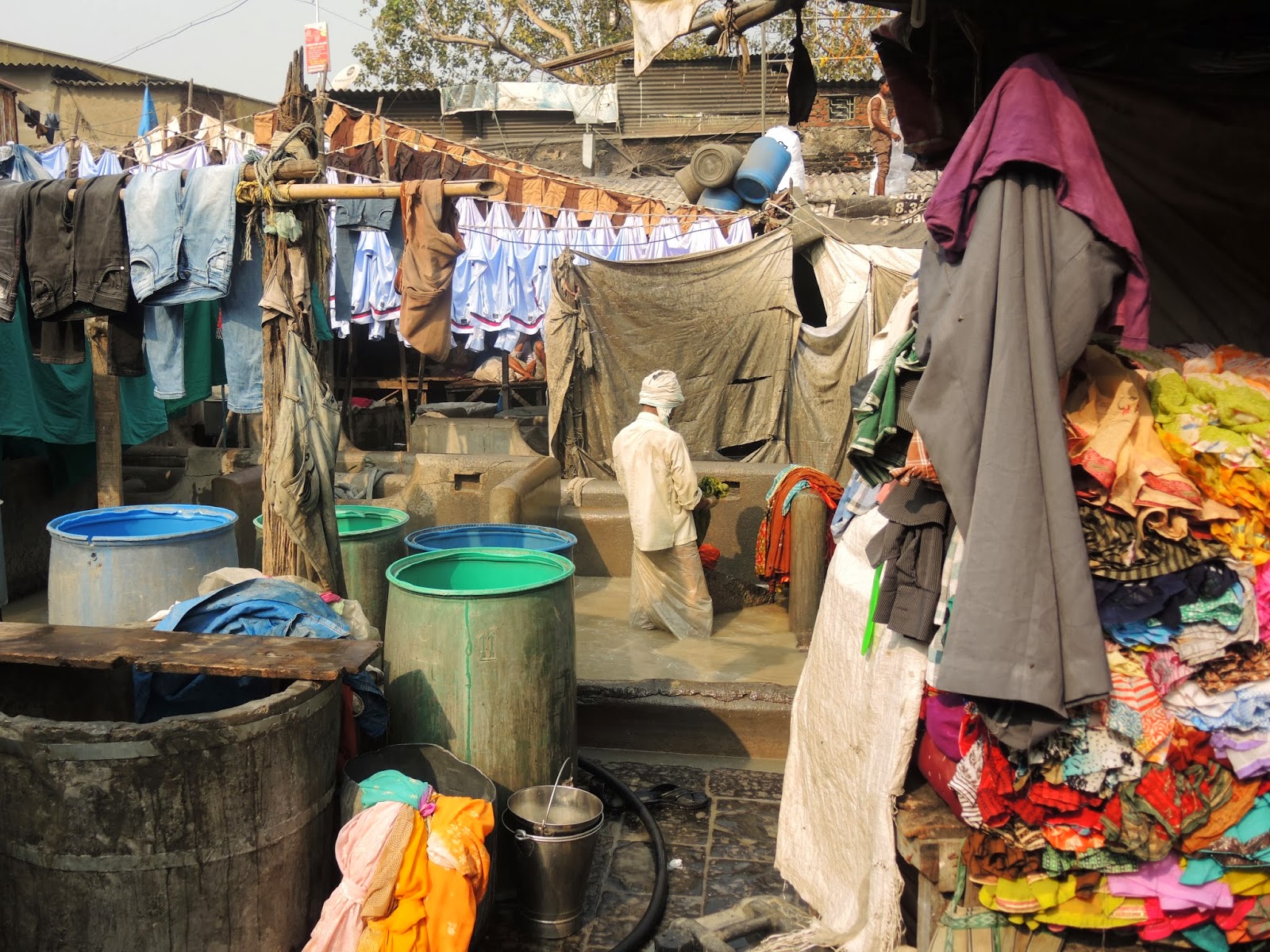 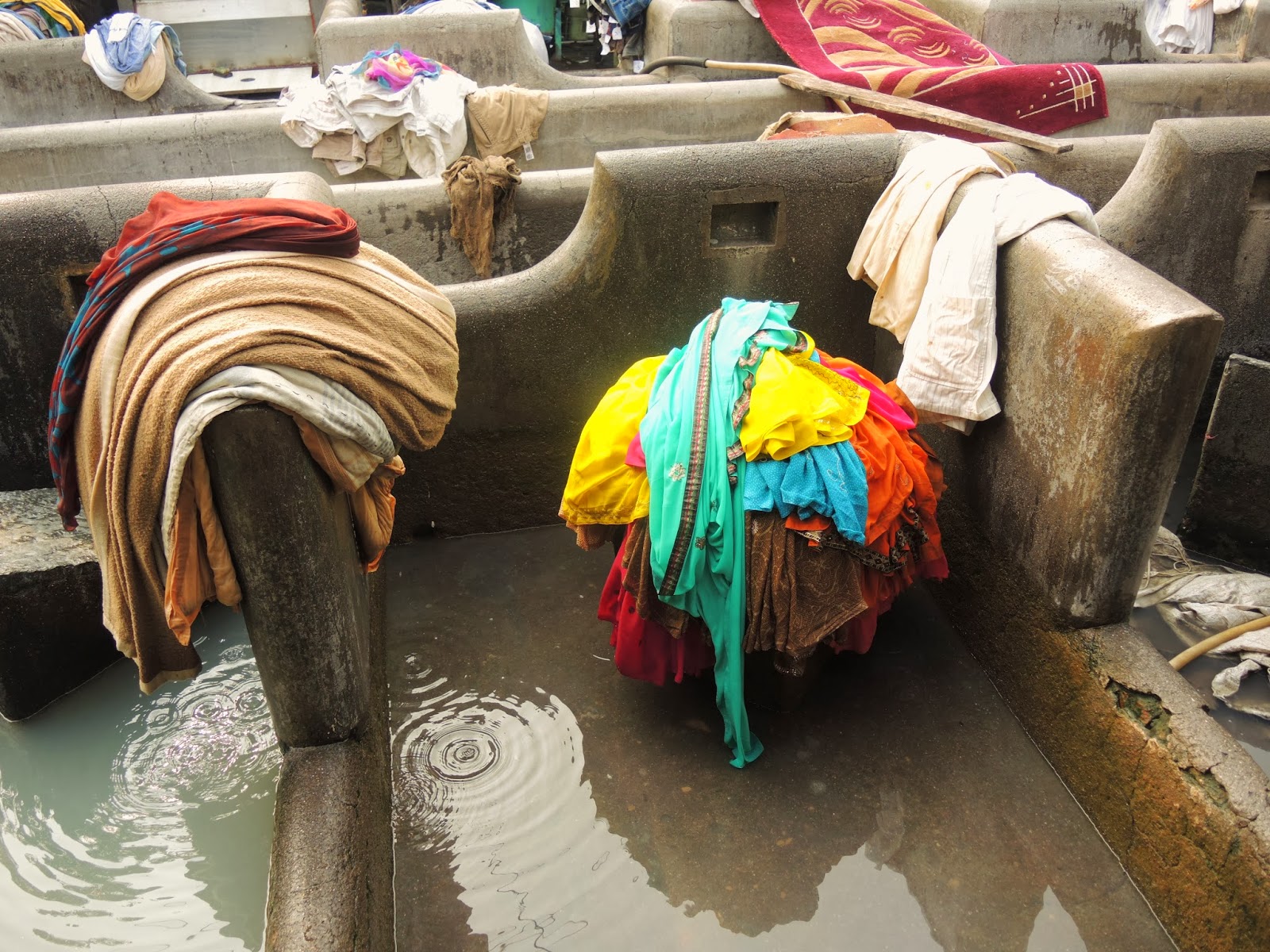 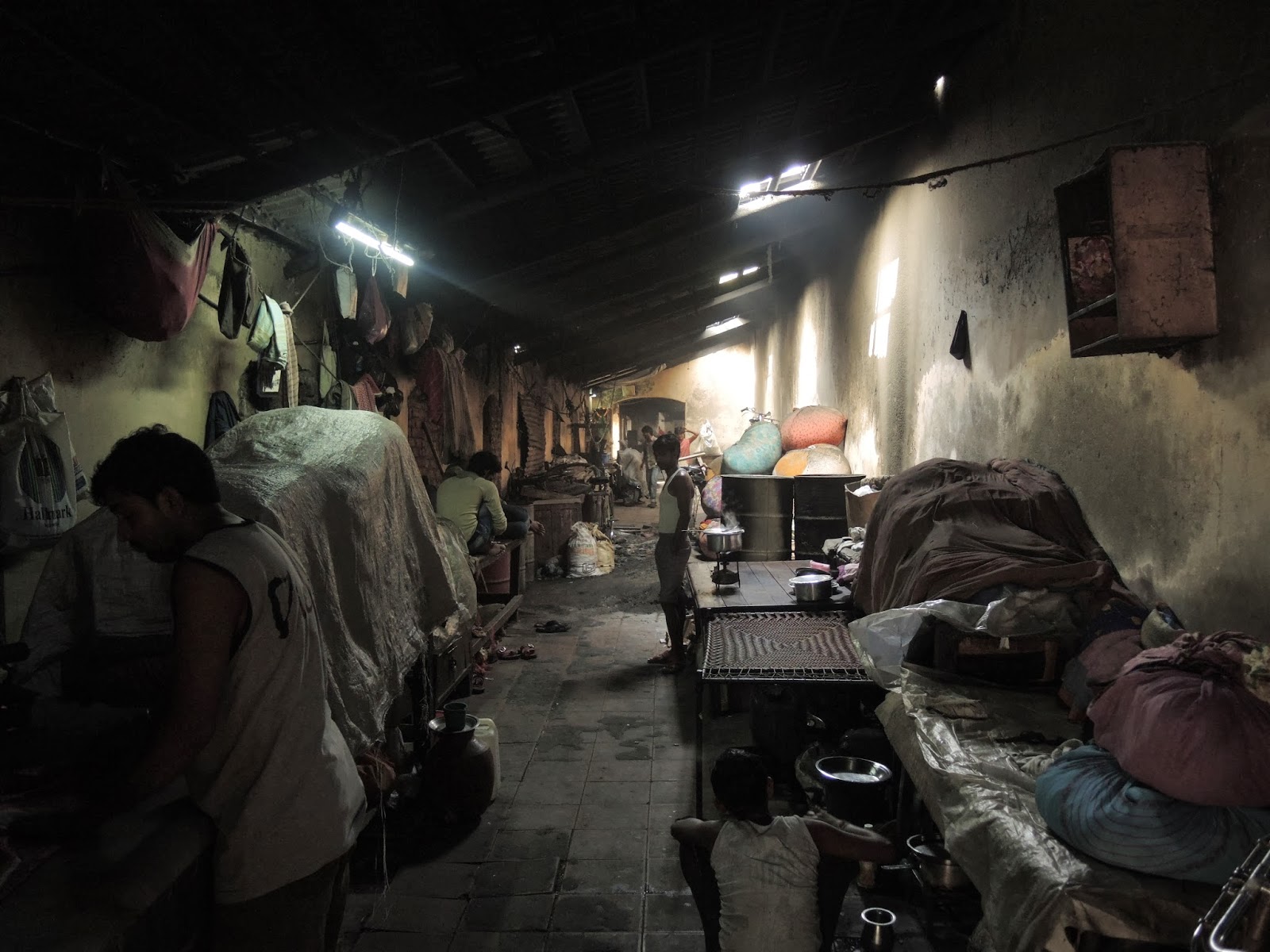 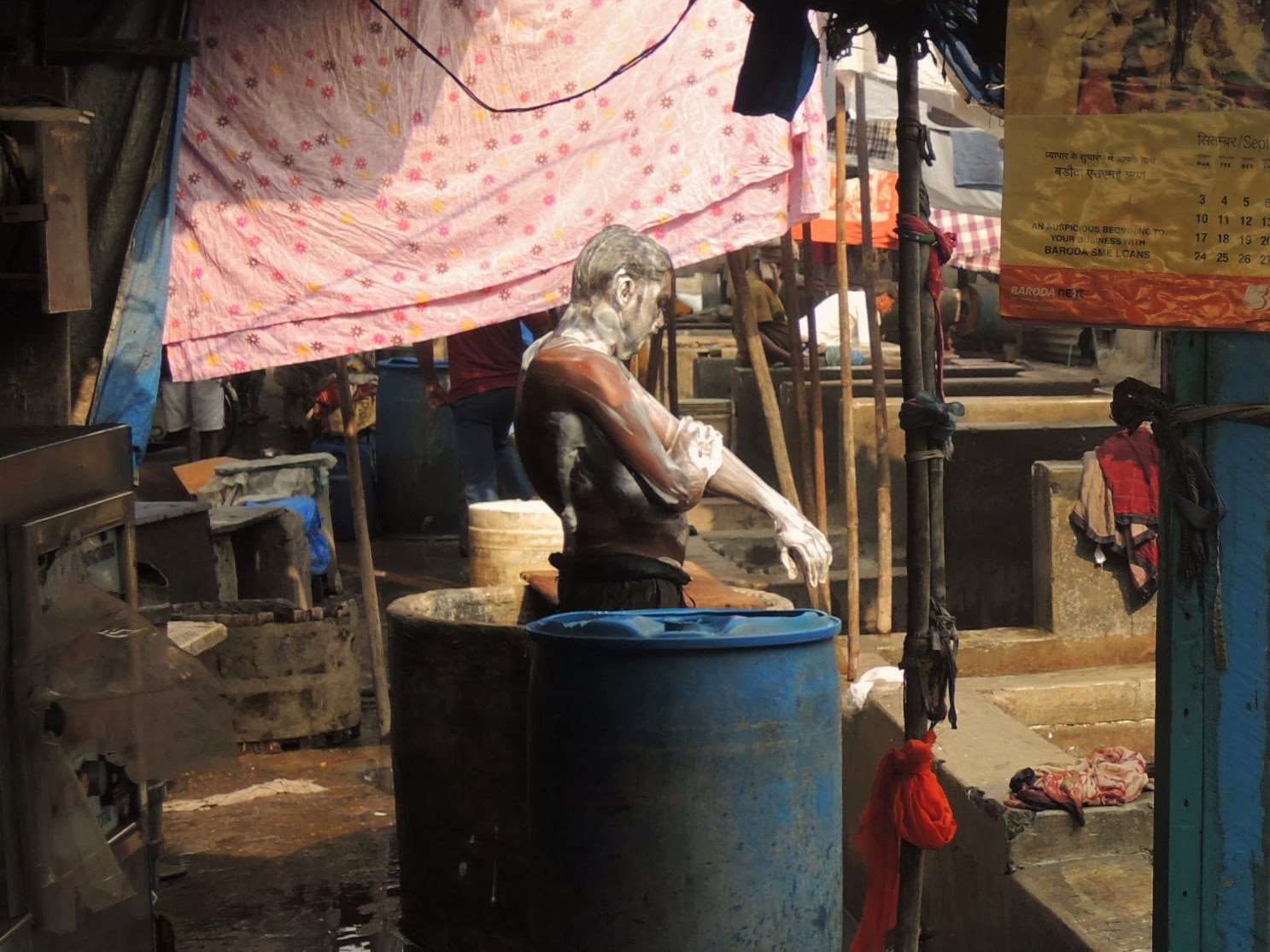 Afterwards, we hopped on a train back to our area of Churchgate (all for 5 cent each!) and walked to another pair of Mumbai attractions - The Gateway of India (which was just a big archway) and the Taj Mahal Hotel (which actually was very impressive). 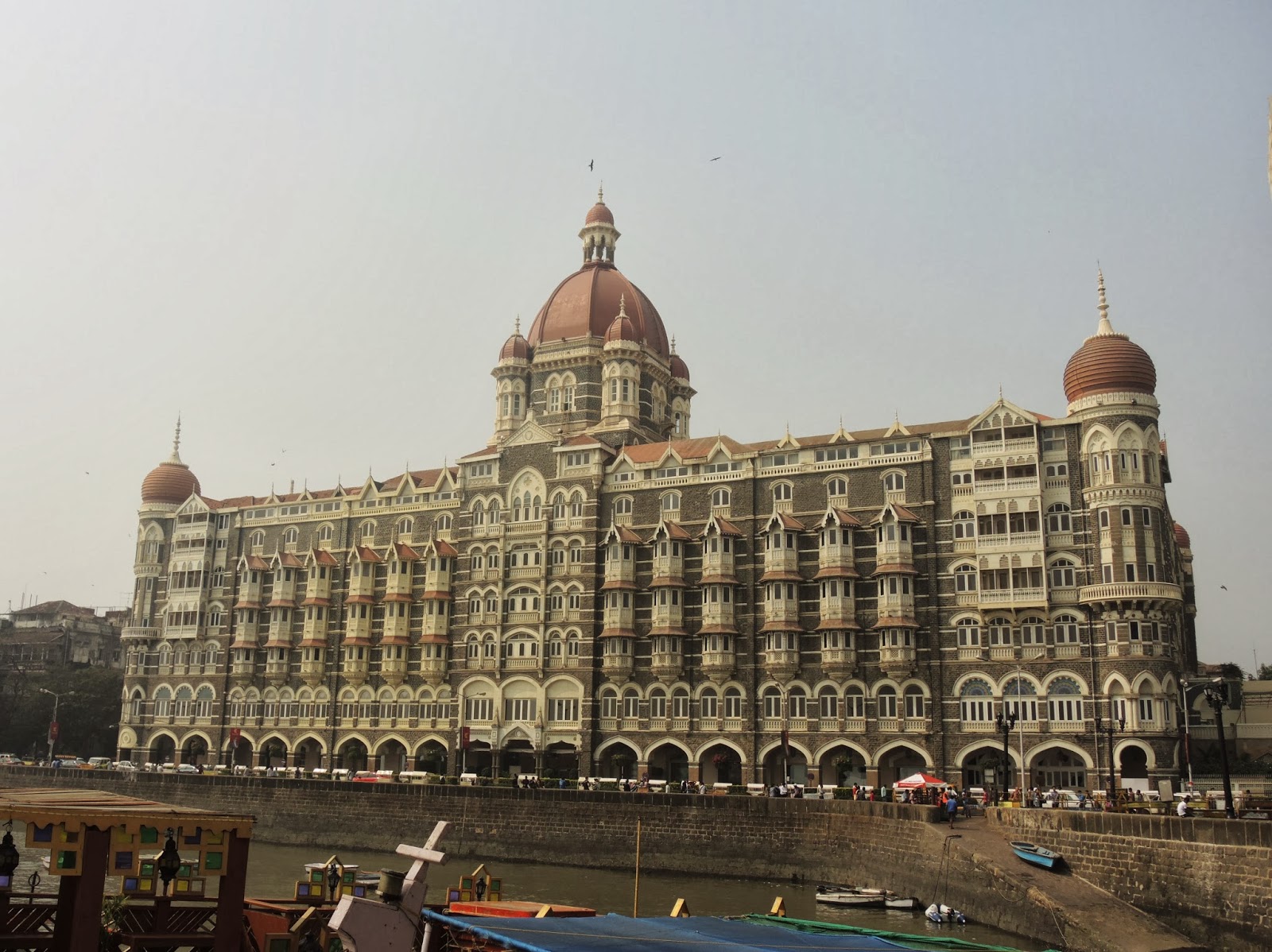 And guess who had a spot of high-tea there? These guys! It was seriously swanky, much too swanky for us. We felt just as out of place there as we did earlier in the slums! We went into the bar to get a drink, just to be part of the surroundings, and after looking at the menu it was quite literally a case of “give us two of your cheapest drinks, please!”. We got some free nibbles too though, and our juices were incredible so it was worth the cost. 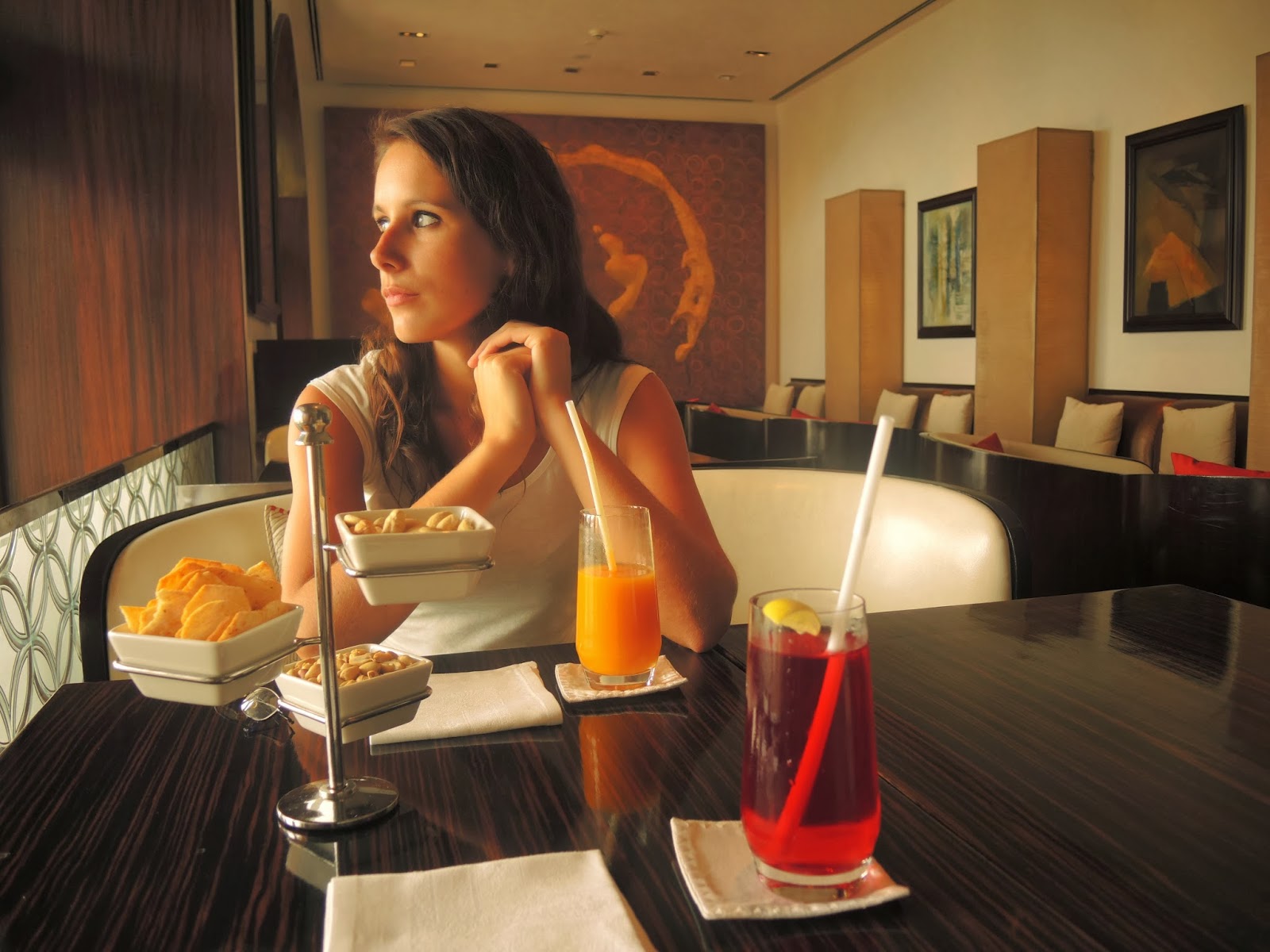 It really was a day of contrasts, from the early morning slums, to the mid-afternoon luxury, and that night we experienced another major facet of Indian culture, and one that brings every citizen from every class together - Bollywood! We had seen some clips in Bangalore, but this time we actually went to the cinema to see a real, full on Bollywood movie. It was in fact, the highest grossing Bollywood movie of all time - Dhoom 3! 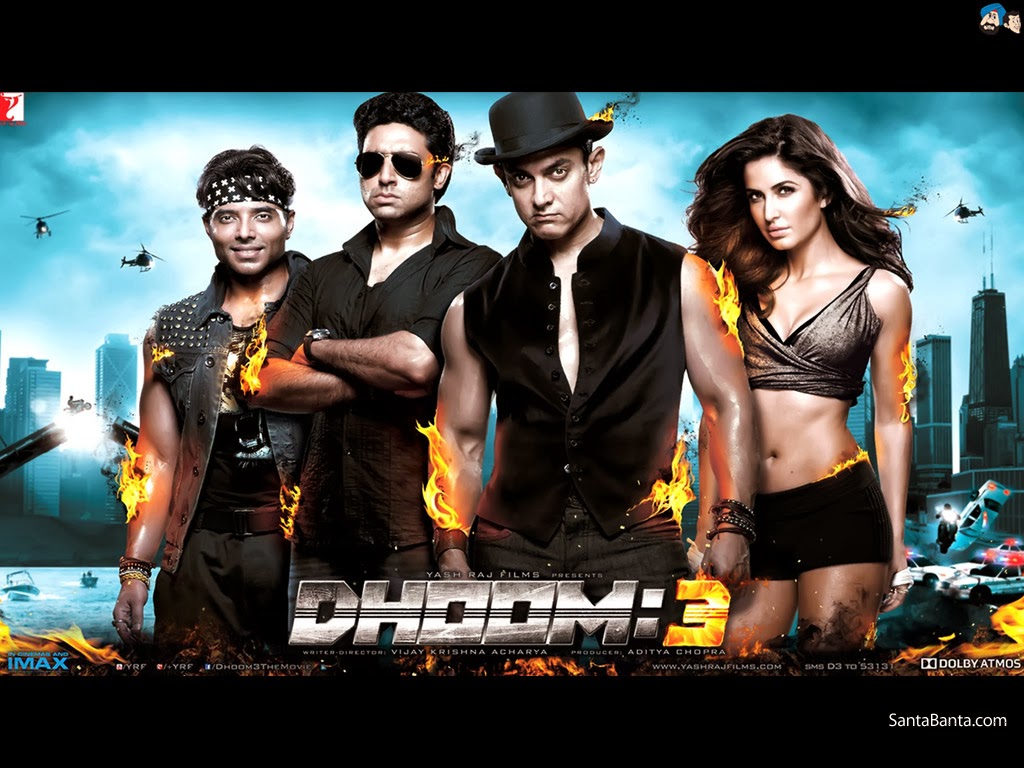 And it really was great fun! About 60% of the dialogue was in Hindi (even though it was set in Chicago), but it was still pretty easy to follow. It was everything you'd expect from a Bollywood movie - action, song, dance, but apart from that, it actually wasn't bad as a movie in itself. All in all, a very cultural day for us in Mumbai. We even had to stand for the national anthem before the show started!

We didn't get much sleep either that night as we had to be up at half 2 to be at the airport in time for our flight. We actually forgot to make our Mumbai video diary too, so we had to do it as soon as we arrived in our next destination, Udaipur. Here it is:

And we'll pick things up from Udaipur next time around. See you then!
Posted by Mark O'Leary at 6:07 AM