So, we saw the Taj Mahal - surprise! You can't come to India and not, really. It's like popping over to China and not seeing the Great Wall, or visiting Manila and having a wonderful time; it's just not possible! We actual saw the Taj (that's what the cool kids call it for short) on three different occasions, or rather, saw it twice and didn't see it at all once, but I'll explain that one later. And like the Great Wall, it's one of those places where you fear that because it's so famous, it'll never live up to your preconceived expectations, but then it totally does! 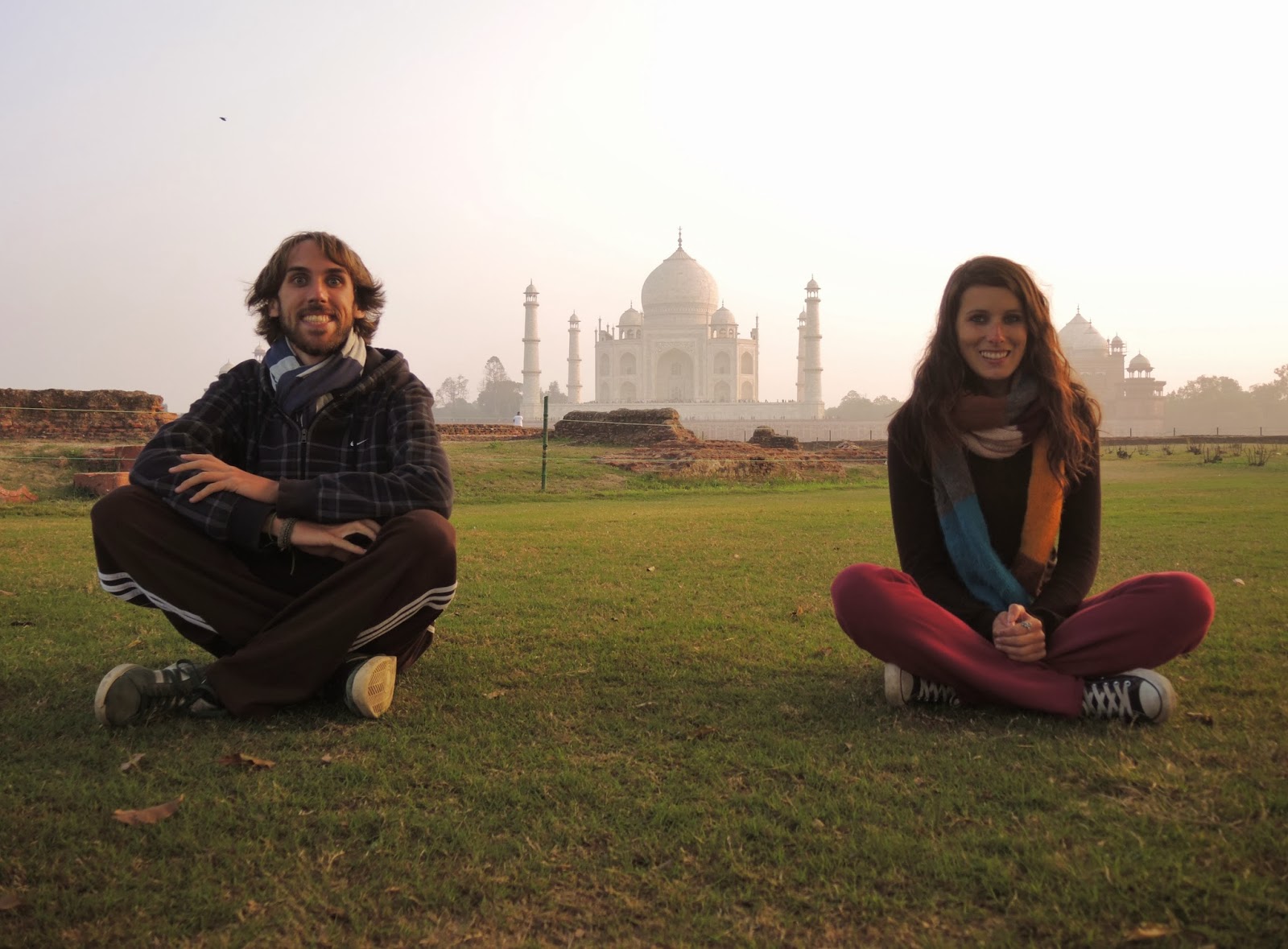 We had one day in town, and one day was all it took. Agra isn't really the kind of place you want to spend a lot of time. In fact, it's a dump - and by that, I don't just mean it's not a nice city, I mean it’s quite literally a rubbish dump that seems to have evolved into a somewhat habitable area. In most, if not all cities in India, there’s an awful lot of litter and pollution, but here there seems to be more rubbish than actual solid ground. 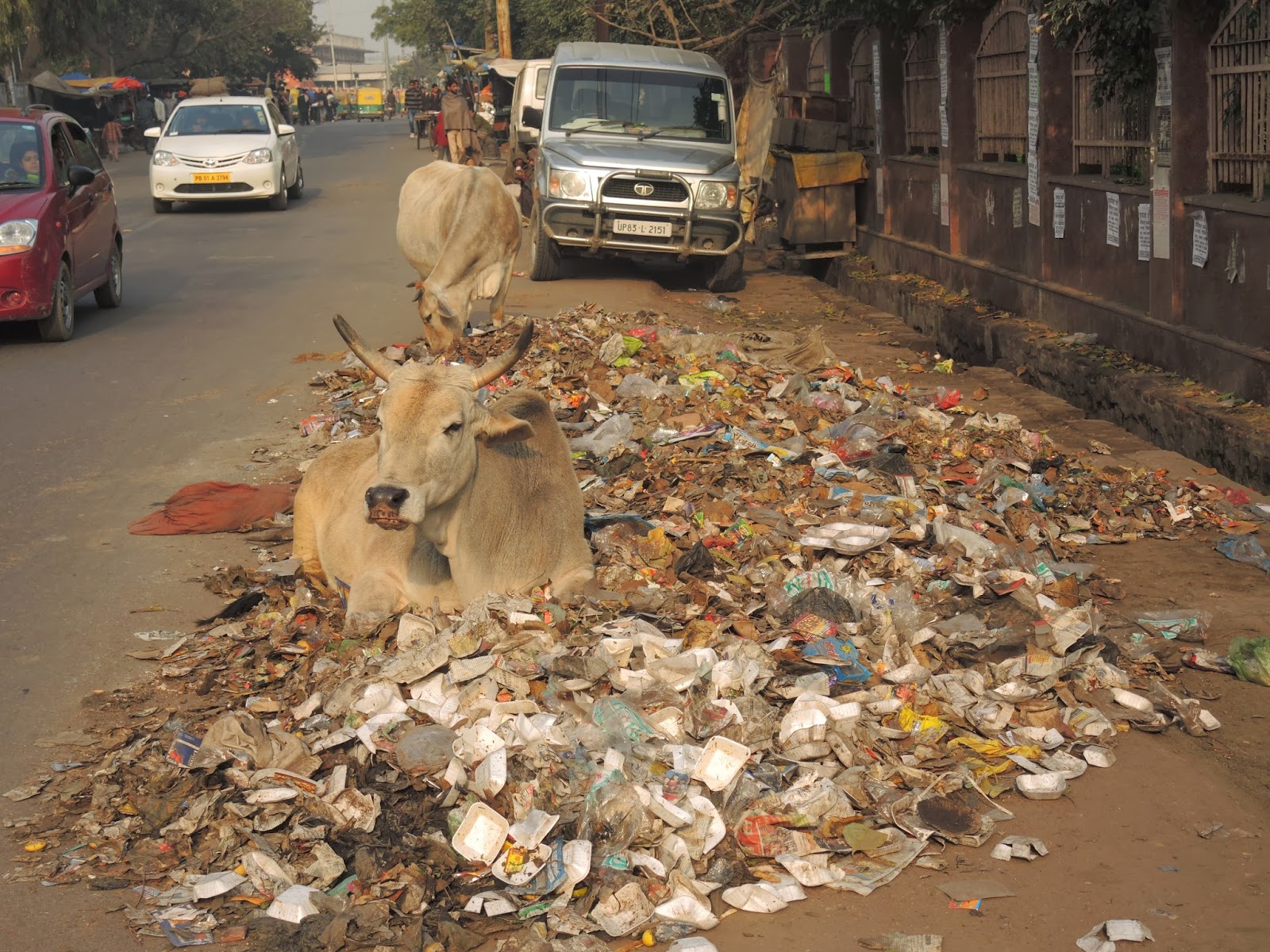 In our original plan, we were hoping to get a driver here from Jaipur and hit up two more stops on the way: Fatehpur Sikri and the stepwell at Abhaneri (which would have unintentionally been our second visit to a filming location from The Dark Knight Rises), but alas, it was too expensive so we had to just go straight from A to B by train. Here’s what we could’ve seen: 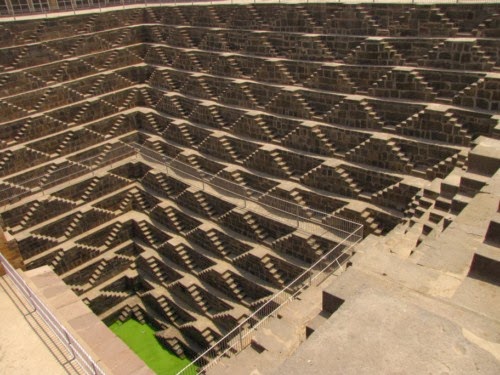 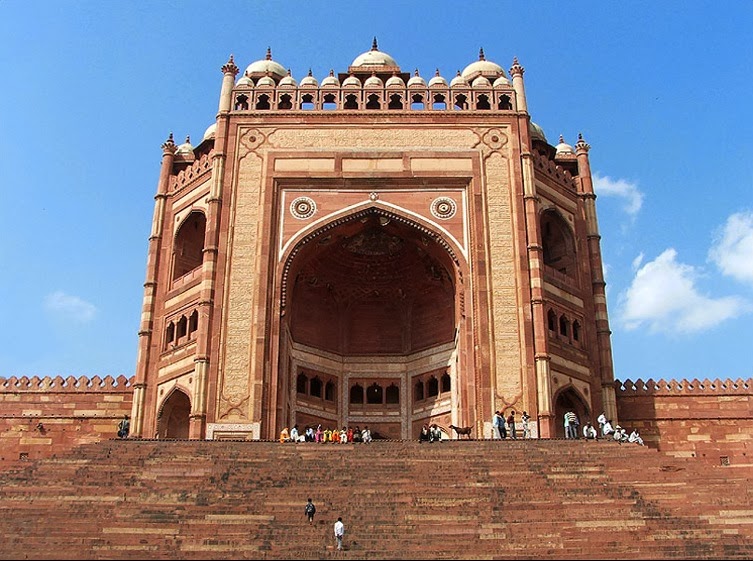 I’m sure we’ll be back in India again some time in the future though, so all is not lost. We could easily visit again for the same amount of time, with a completely new itinerary and have an equally incredible time. I guess it's testament to that fact, the way in which we can just sweep aside the two amazing sights above, and not give it a second thought.

The train ride here was great too. It was our first time travelling in the AC Chair Carriage, so different experience from the sleepers, but a fun one! We even got free food and drink. It was like being on a plane! 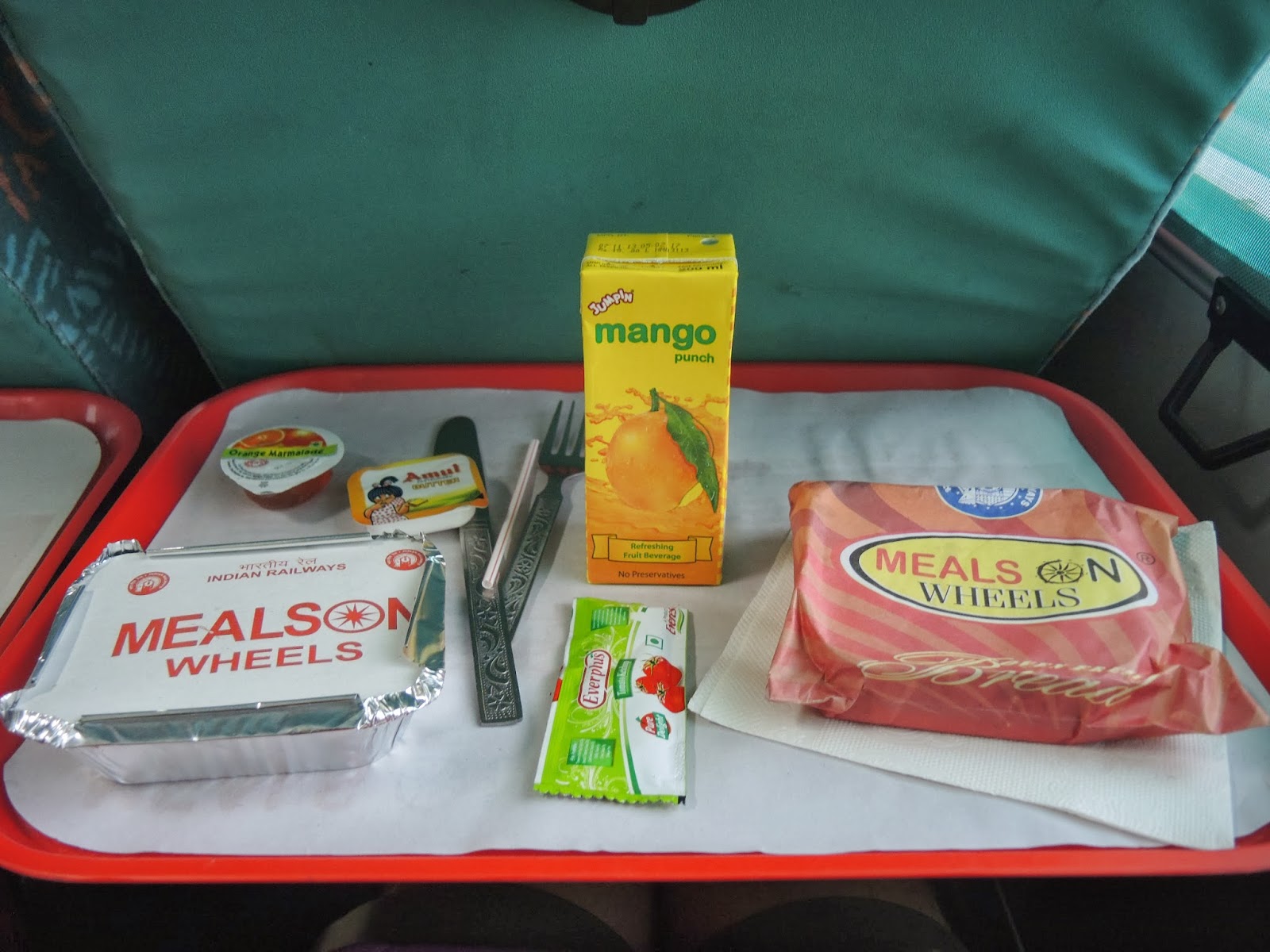 As well as the mini-breakfast, we were also treated to a slice of drama, as a passenger and a group of officials were having a, rather heated, shouting match. We, of course, didn't understand a word of it, so I can't fill you in on the outcome. It’s times like these, more than any other, that I wish I spoke foreign languages. Never mind asking for directions or reading menus, I want to know what people are screaming at each other!

The only other thing worth seeing in town, and our first stop of the day, was Agra Fort, which was quite nice and a bit different to the countless other forts we've seen recently; a lot more red and chunky. 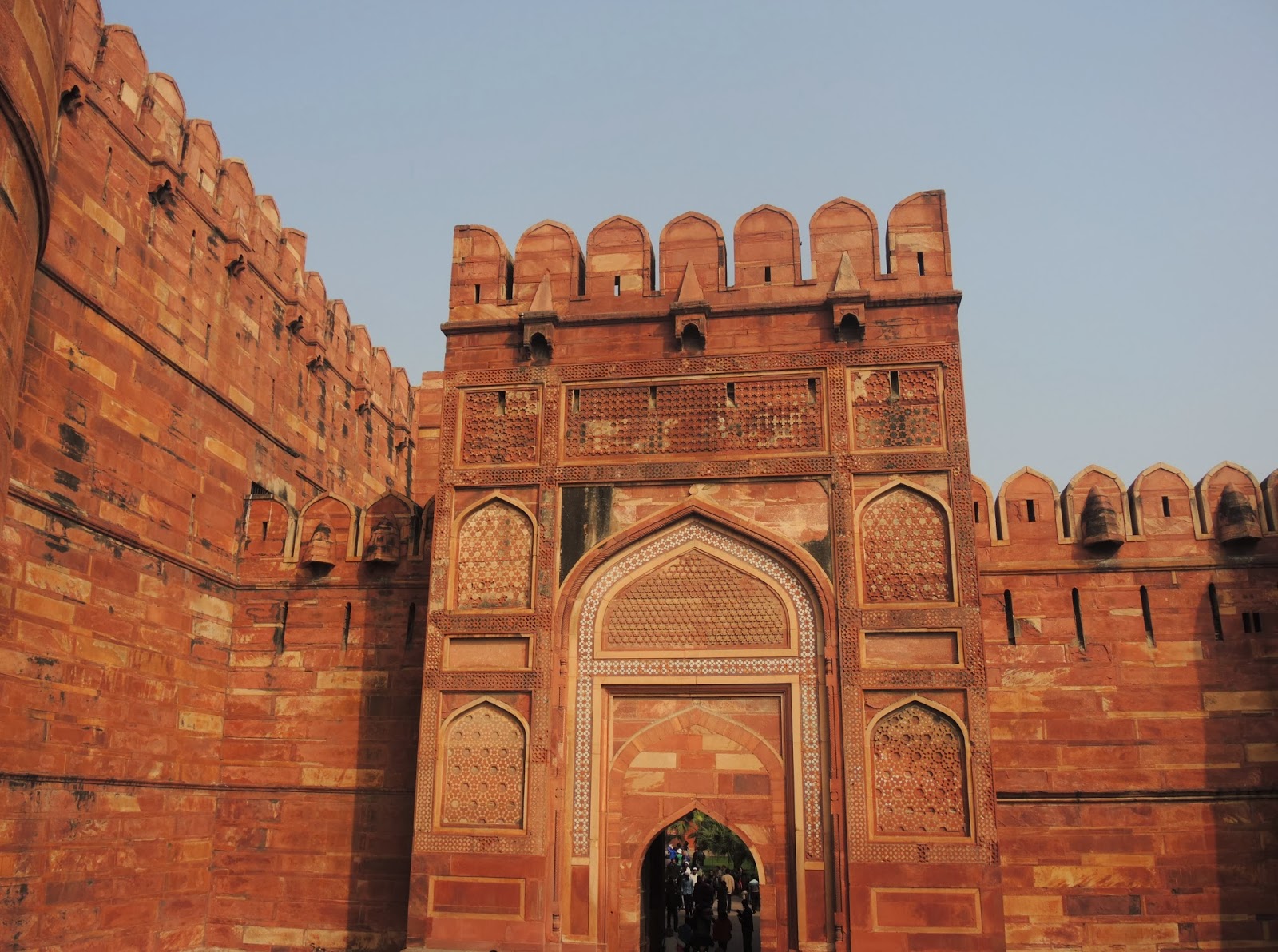 It also supplied us with our first sneak preview of the Taj Mahal which could be seen in the distance. 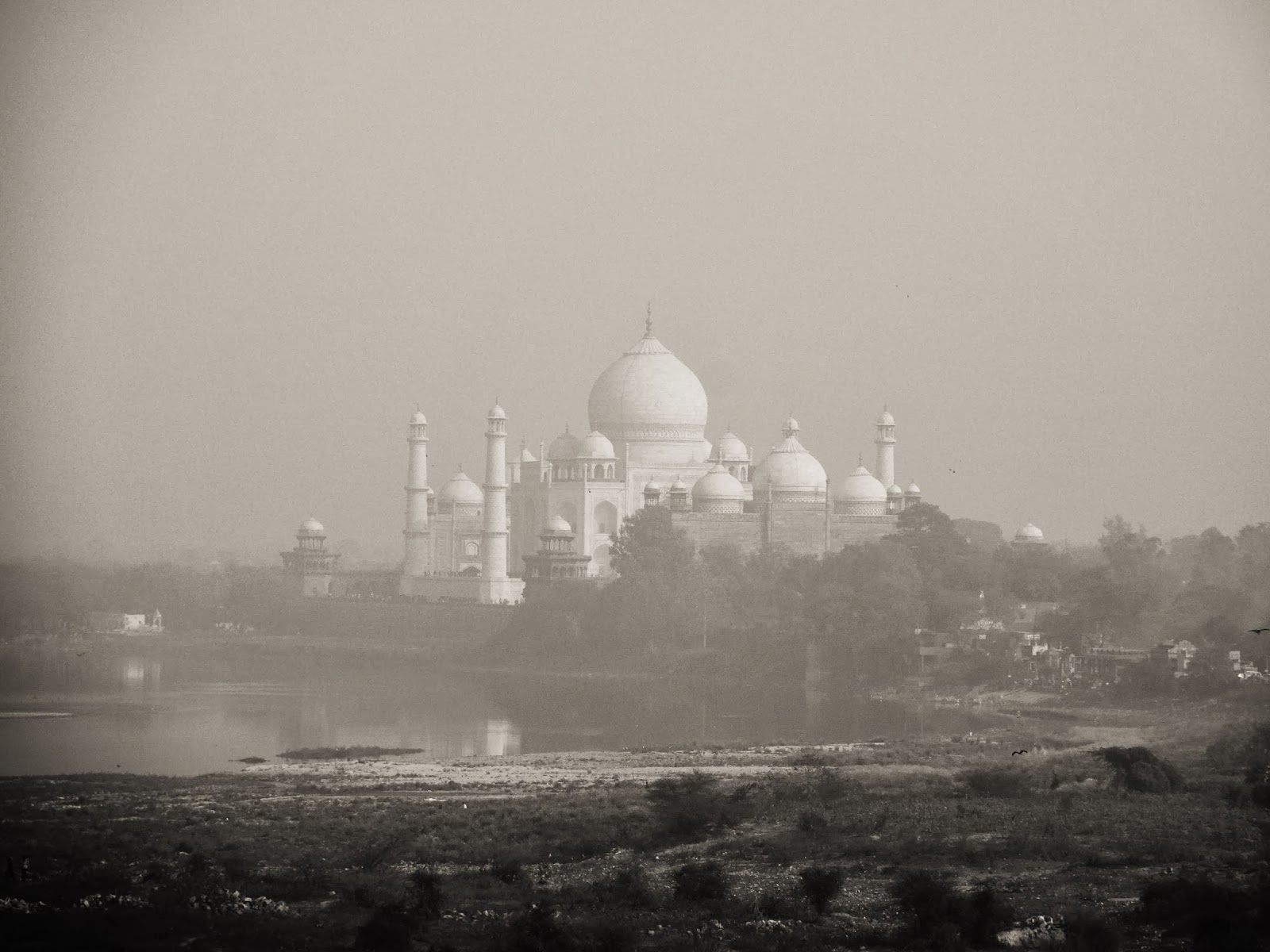 Afterwards, we travelled to Mehtab Bagh to get an even closer glimpse. It's a nice, quiet park on the other side of the river, and will provide you with the absolute best views of the Taj, outside of actually visiting the grounds themselves. (We were saving that for sunrise the following morning). It's surprisingly uncrowded too. I'd imagine most people visiting Agra would just be on organised package tours, so they'd go straight for the Taj, and then ship out again, leaving this lovely spot relatively untouched. 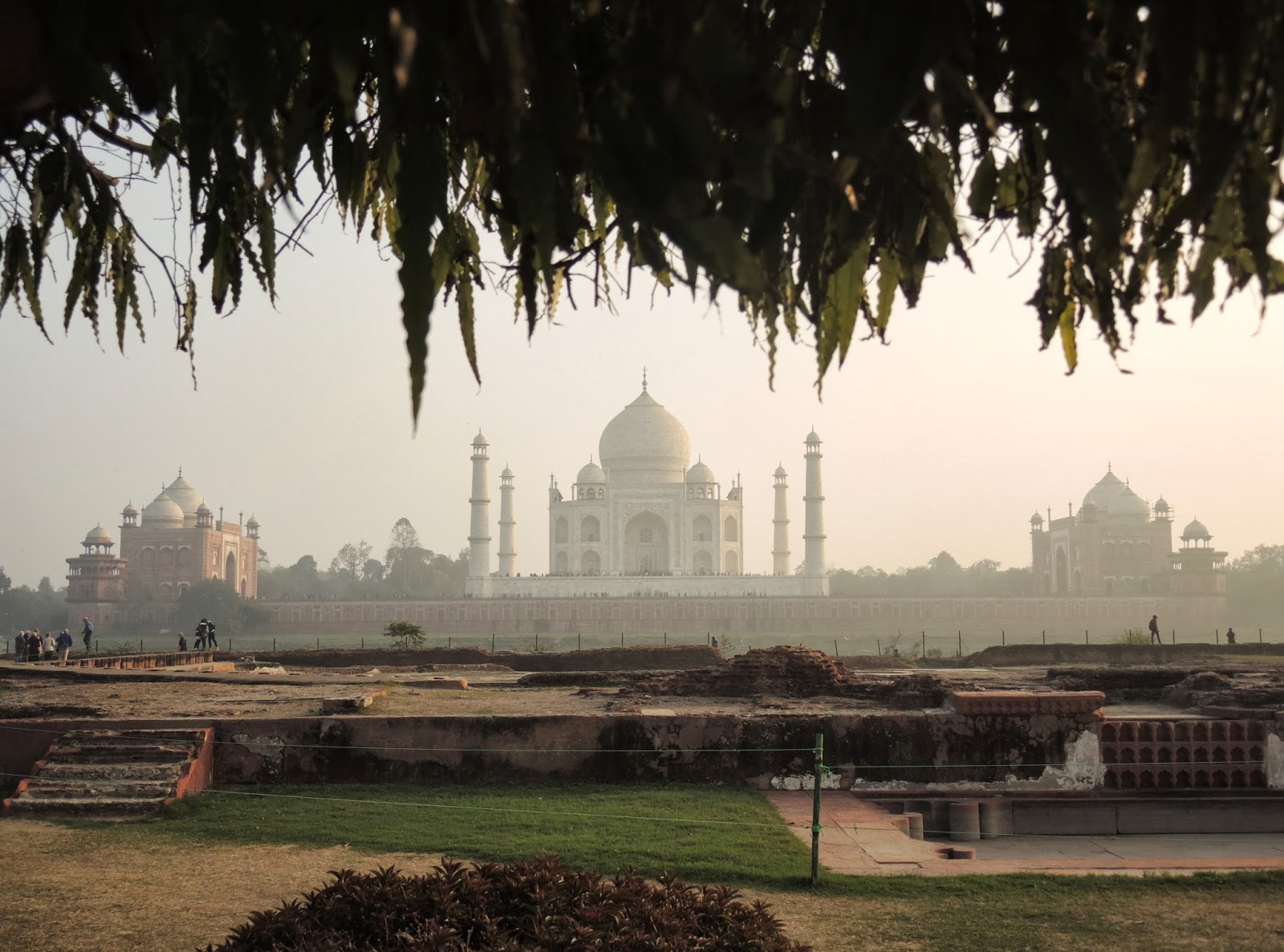 And also a nice, secluded location to make our next video diary:


In other news, I was shat on again, twice! All in the space of a few seconds. Before this trip, I had never been pooped on in my life, and now, it has happened 6 times in the last 6 weeks. I can’t live the rest of my days with that kind of ratio! And of those 6 occasions, 4 have been double whammies. I don’t know what I've done to offend birds in this part of the world, but there’s definitely something going on. I mean, Aisling hasn't received a single aerial attack, not one, and she’s been right beside me for the entire trip! It’s actually come to the stage now where I’m hoping my own girlfriend will be shat on just to restore some balance and to set my mind at ease that there isn't some sort of avian conspiracy against me! 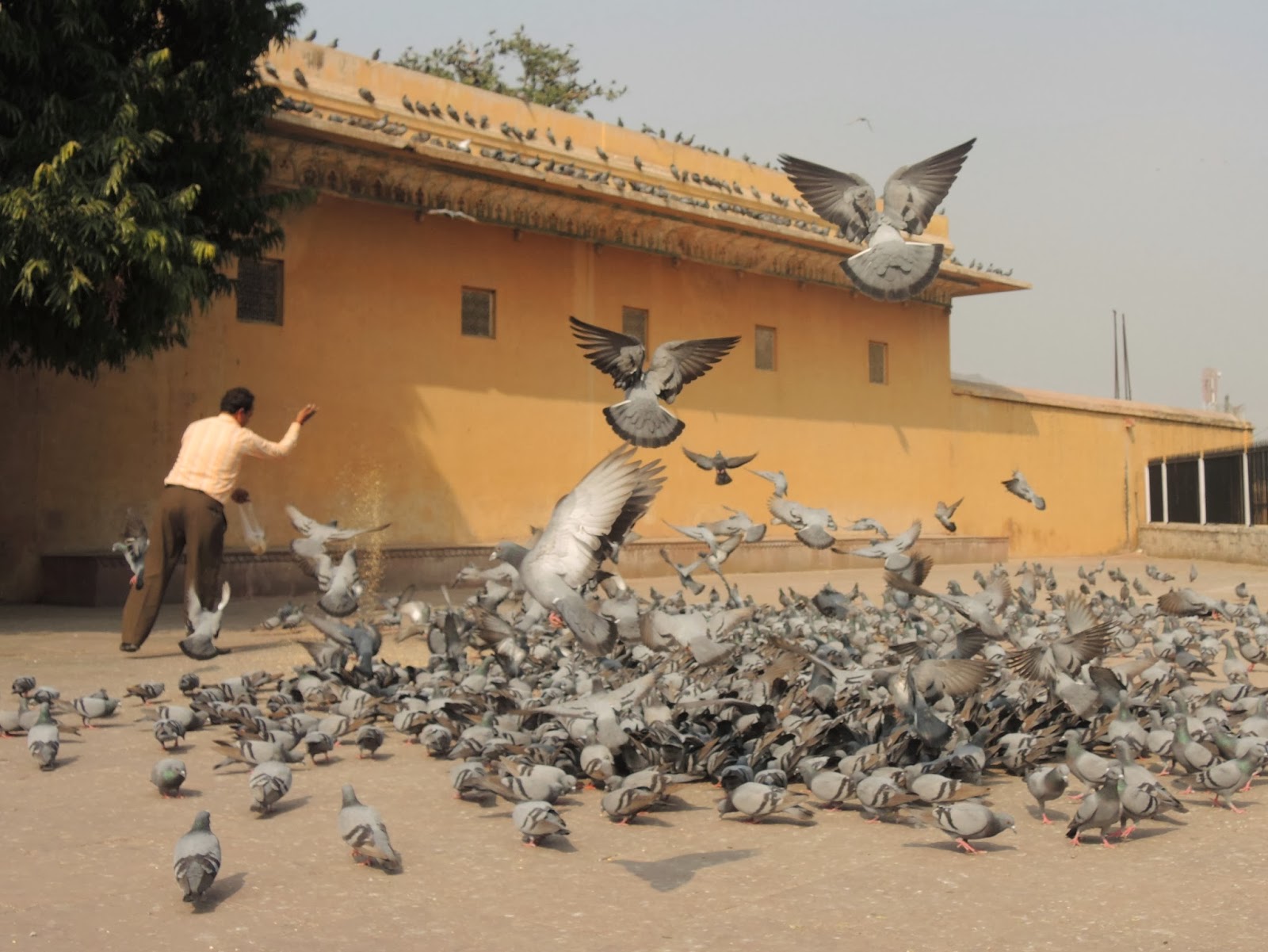 The next morning came the moment of truth. We had been getting closer and closer, but now we were going to see it face to face. We got up early, made our way there, got our tickets (750 Rupees for foreigners, a mere 20 Rupees for Indians), all ready for a majestic, once in a lifetime sunrise, aaaaaand... nothing but fog. And I don't just mean the sun was obscured, you could barely even see 10 feet in front of you. 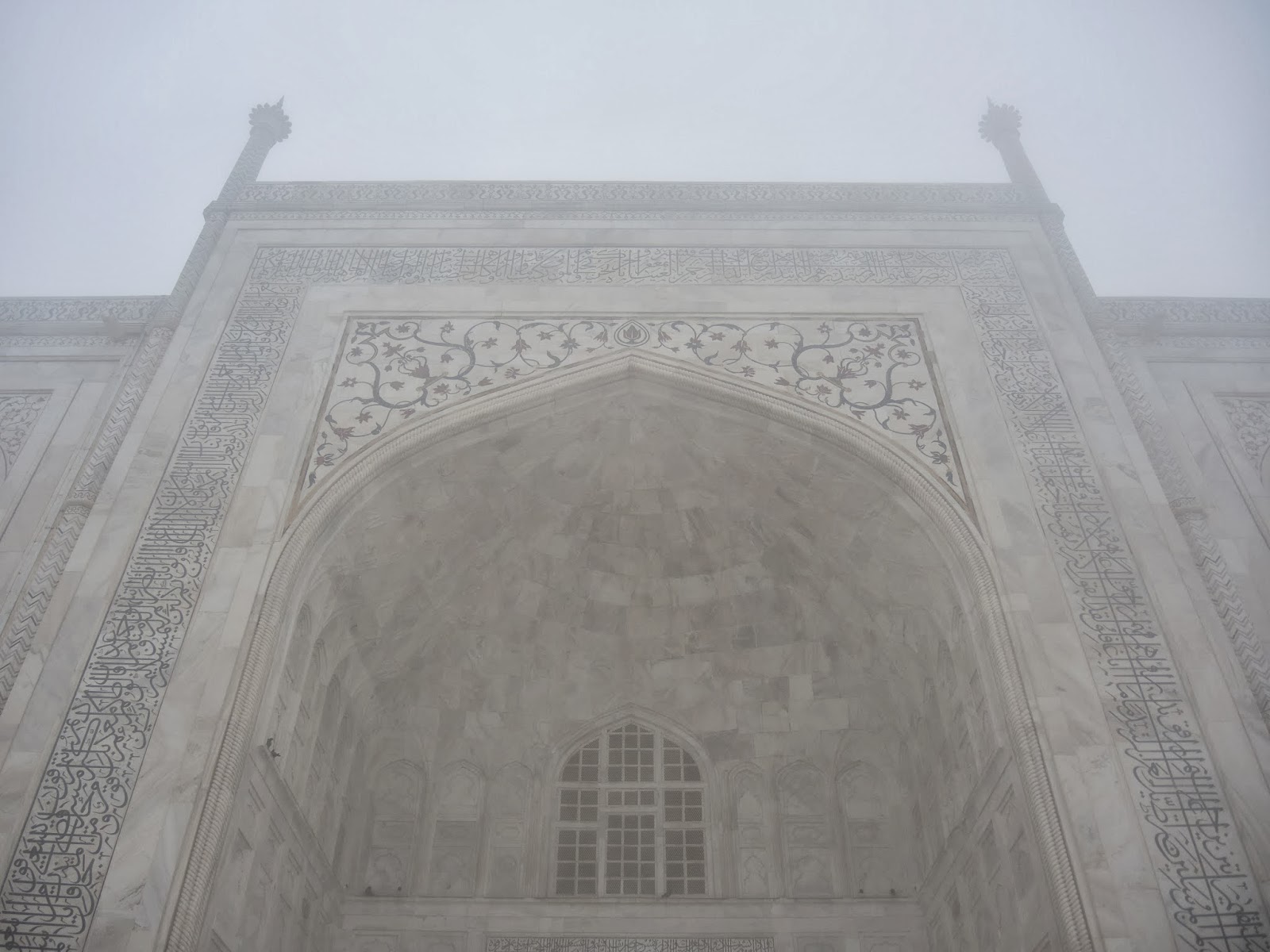 And it wasn't just foggy, it was absolutely freezing too! What the hell, India?! We even spent about an hour and a half inside the building itself, just because it was slightly warmer than outside! We also tried to wait out the fog in the hopes that it would pass, but finally had to throw in the towel. It was still a worthwhile visit, and it's an incredible building close up - perfectly pristine and with intricate detail, it's just a shame that we didn't get to see it in its full glory.

Still, at least we got a proper eyeful the day before, so things could've worked out a lot worse. Imagine coming all the way here and not getting to see it at all. Quite an Agra-vating experience, I'd say...

And despite the fog, I still had to get the standard Taj Mahal picture. Every tourist that comes here does the same clichéd pose of pinching the tip of the dome, just like pretending to hold up the Leaning Tower of Pisa. It's tacky, but well, 'When in Rome...'

It's like a rite of passage, and the weather conditions weren't going to stop me getting my photo too! Despite not getting to see the sunrise (or anything at all), we did use our early morning to get a headstart on our trip to Delhi. It was the only journey that we hadn't booked in advance, as we weren't sure what time we'd be finished in Agra, and we just figured it was so close and such an oft travelled path that there would be loads of transport options available. And there were, but they were all full up. So, we had to just squeeze aboard a local bus and endure the 5 and a half hours of what should have been a 3 hour journey. Oh well, it’s probably a fitting entrance to the mayhem of Delhi.
Posted by Mark O'Leary at 6:17 AM