Next up, as we continue our trip northwards, is Aurangabad. Where? Exactly. Certainly not a big tourist destination to rival the likes of Goa or Agra, and probably not a place many would have heard of outside India (or even inside India). In fact, the only reason we came here was to act as a base for day trips to the caves of Ajanta and Ellora. To sum up the city of Aurangabad itself, hmmm… how can I put this nicely? Well, I’m afraid I can’t – it’s a shithole (excuse my Hindi). There really is no other reason to visit here besides these two attractions. My advice would be: find yourself a nice hotel, see the caves and get out as soon you can.

Sorry that’s a very negative start when we actually had a great couple of days (not in Aurangabad itself obviously). The two caves really were beautiful and worth visiting, whether you come through here or not. They were similar in ways, but each had enough individuality to warrant a trip to both. And when I describe them as caves, I’m not talking about big, dark underground caverns. They’re more like intricately carved, hand crafted, marvels of sculpture; more like little villages, but instead of being built brick by brick, they were chiselled into the rockface itself. 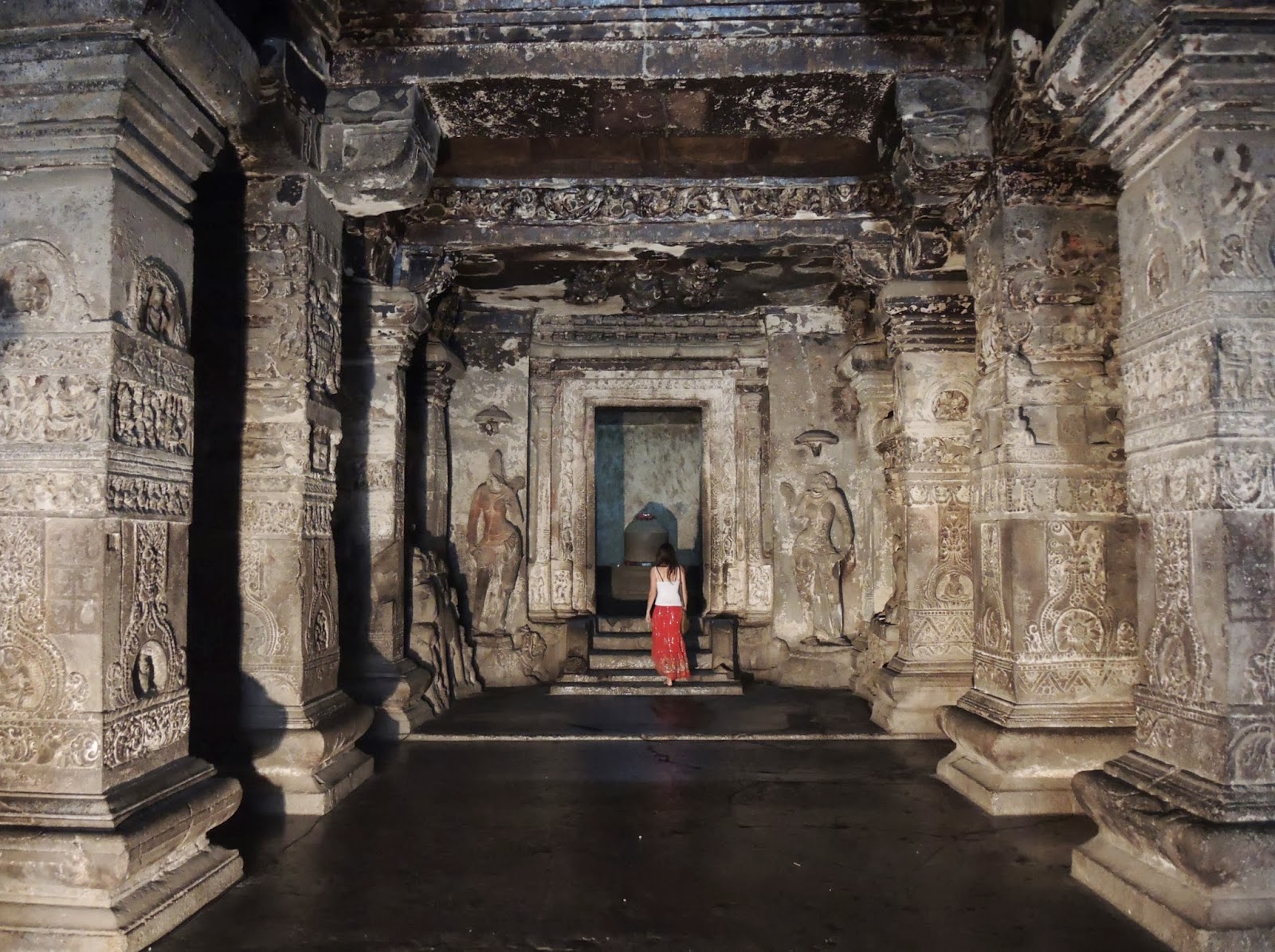 Before that, we had another day of travelling; first from Goa to Mumbai, and then Mumbai to Aurangabad. It’s certainly a lot less tiring travelling by plane, so it was a relatively pleasant day. Once we arrived in Aurangabad, we got a taxi from the airport and were given a leaflet about tours to the two caves. We were planning on looking up how to go there ourselves, but at our hotel we found out that there was no internet. And not even a case that the internet was gone temporarily, they simply didn’t have any internet service! At all! Ludicrous!

Apart from that, the hotel was actually lovely (Hotel Oberoi), probably the only good thing about the city. The food was amazing too, especially the tandoori chicken which has really become my go-to meal while in the country. When you order meat in India, most of the time it's very boney, and there's also the risk of it not being cooked properly, so tandoori chicken is great as, a) it's seared right the way through, and b) you get a whole damn chicken! 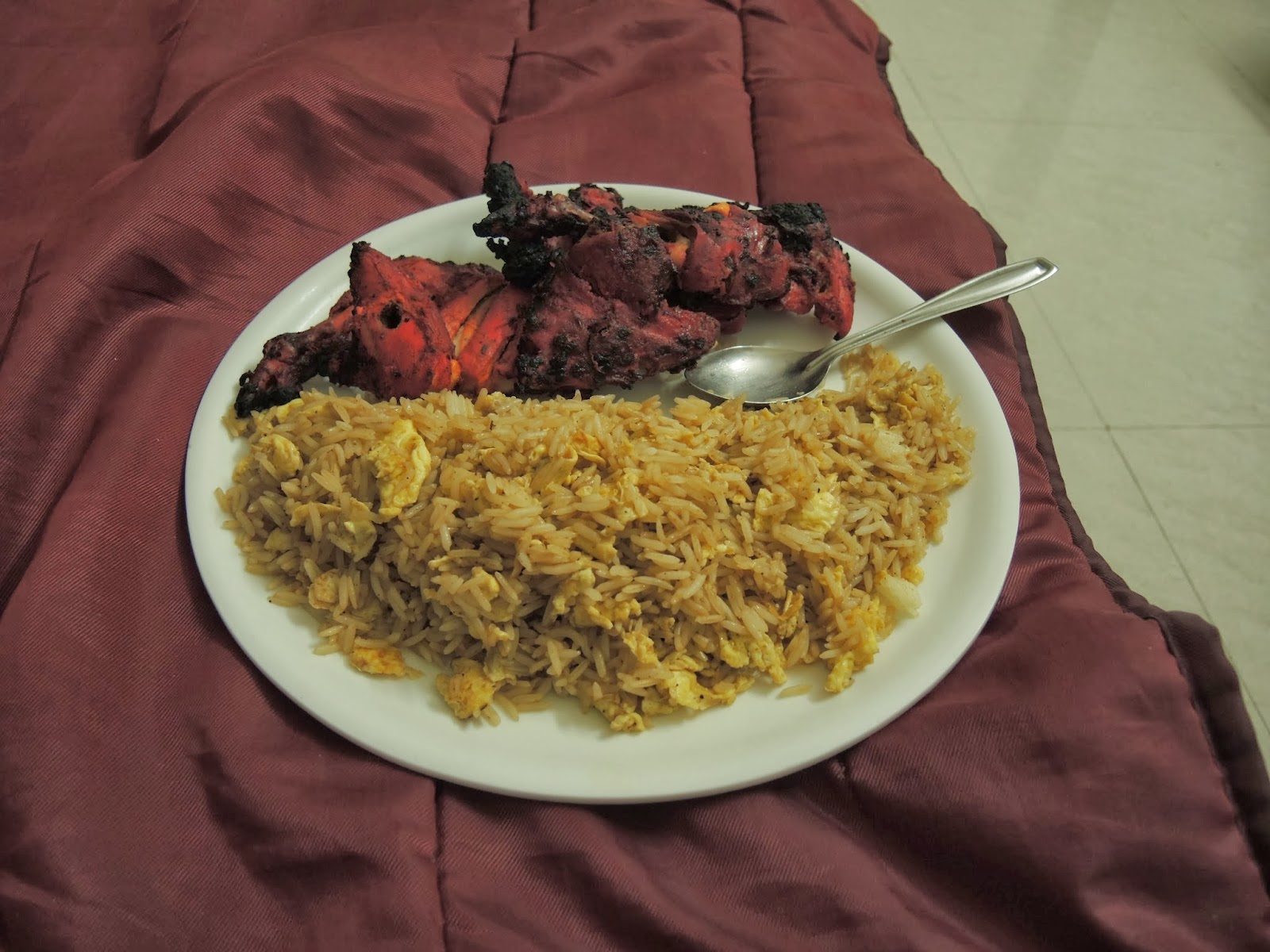 Anyway, back to the story...

With no internet at hand, and none anywhere nearby, we kinda had no choice but to contact the company from the leaflet and arrange a tour to Ajanta for the next morning. We rang them a few times at reception, but there was no answer, so the only thing I could do was walk there, in pitch darkness, along a dusty road, and not exactly sure where I was going. Along the way, a rickshaw pulled alongside me, packed to capacity. There was no other civilisation in sight, so I squeezed on board, and jumped off again when we miraculously passed the travel agency. It was part of a dingy hotel, which should have been a red flag right there, but we really had no choice, so I booked two seats on a tour bus to Ajanta for the next morning. I similarly hopped on another overcrowded rickshaw on the return leg, and somehow made it back to the hotel in one piece with tickets in hand for the next day. Phew! It made me lose all faith in Indian kidnappers and murderers though; I was really there for the taking.

The next morning, we strolled down to reception at 8:30, ready to be collected, aaaaand… nothing. So we waited.

Eventually at 9:30, after we had long given up hope of anyone coming at all, a driver pulls up, not knowing himself where we were going. He took us to the travel office where the owner informed us that no other tourists had signed up for the bus (no surprises why now!) and the only way we would be able to get there was to pay more for a private car. An absolute dickish thing to do, and on principle we wanted to walk right out there and then, but we knew at that stage of the morning all the other tour companies would have departed, so we were kinda stuck between a rock and a hard place. And because we had allotted ourselves only two days here, we didn’t have the luxury of postponing it. In the end, all we could do was use our position as disgruntled customers to haggle down the price for a private car, and try to enjoy the day that was in it. 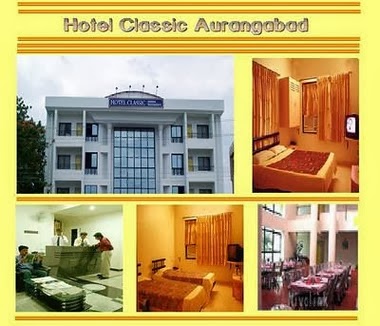 Thankfully, from that point on, we had a great day! The caves were really beautiful and not overly crowded, seeing as it was a Sunday (and seeing as we’re in India). It's another of the country's UNESCO world heritage sites, and work on the caves began over 2,000 years ago! It’s just a shame that they’re so out of the way so most people don’t get a chance to see them. 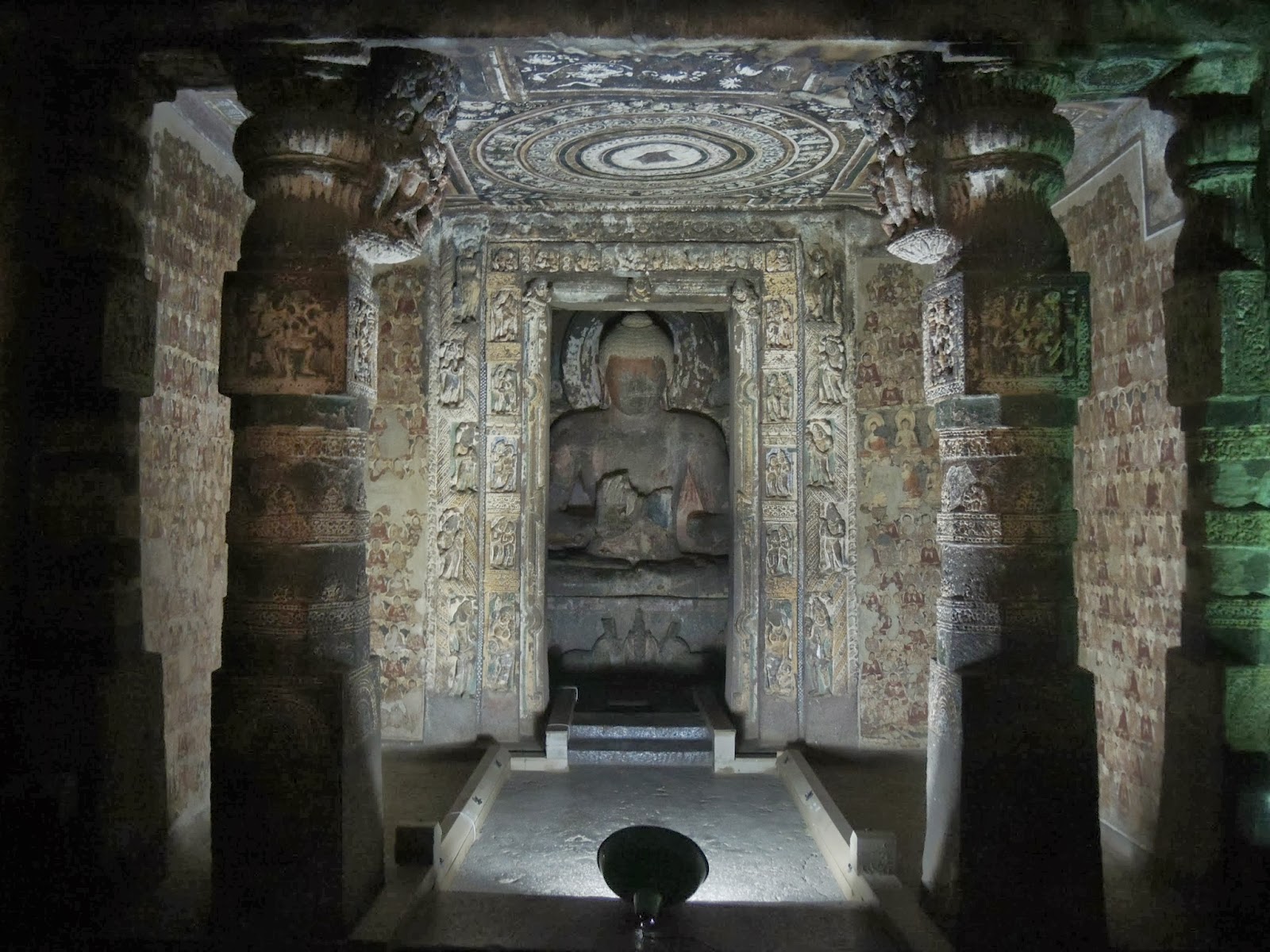 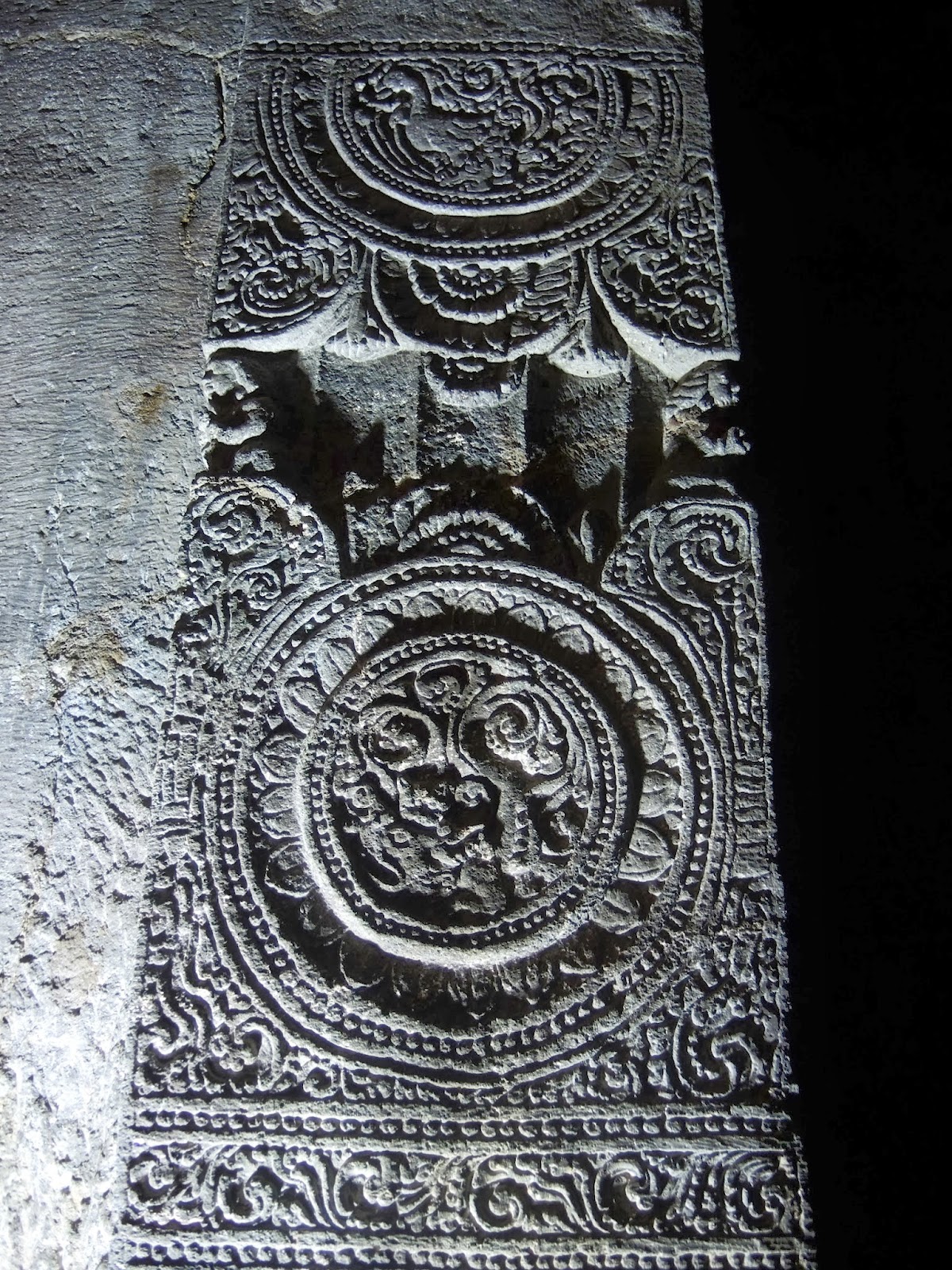 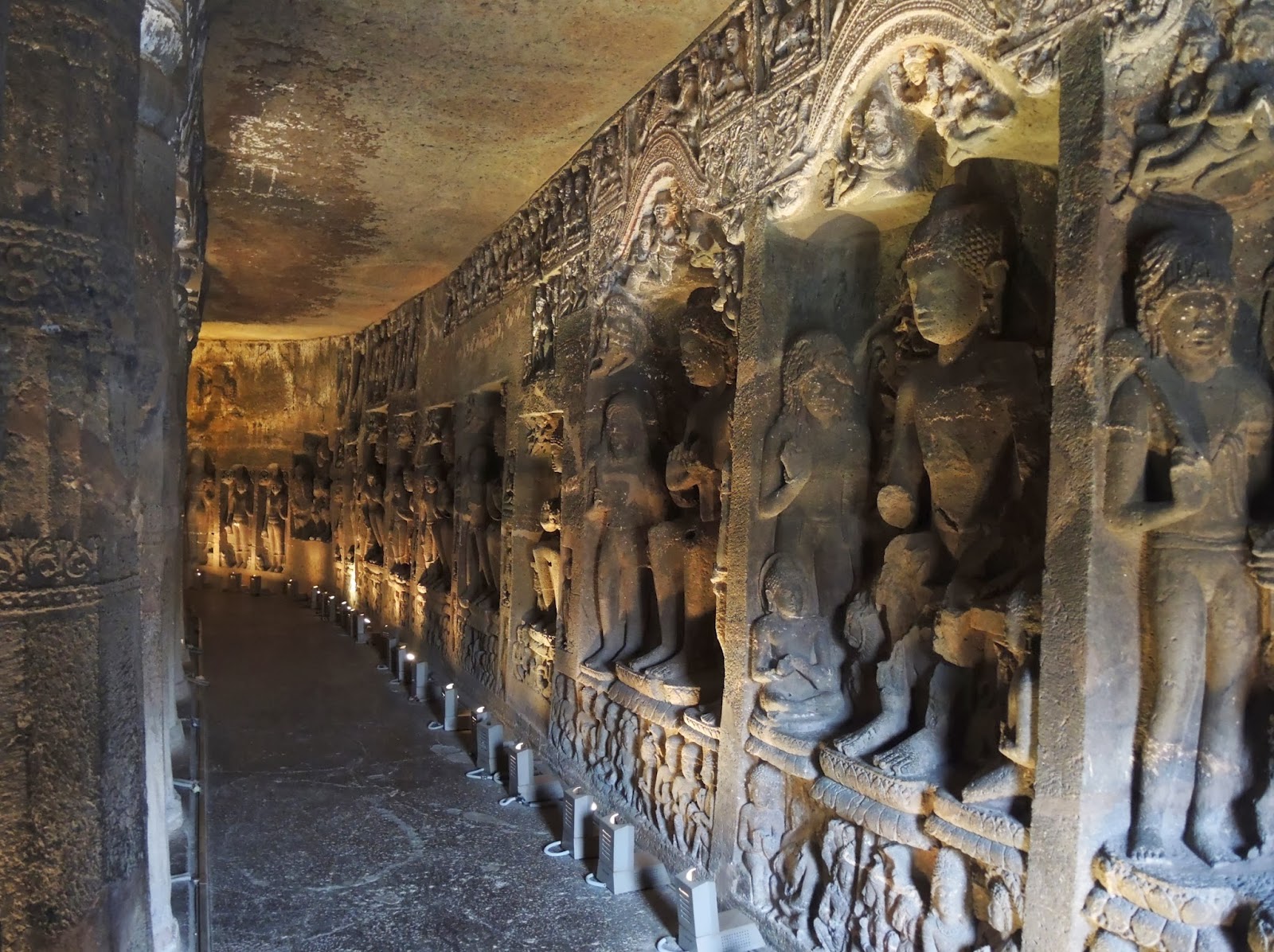 There were lots of monks around too, which is always great for photos, but they weren’t just monks going about their everyday business, they were foreign monks on holiday! That meant they were taking pictures of themselves and posing in typical monk-esque ways, so I was able to fire off a few sneaky shots and I really got some crackers! 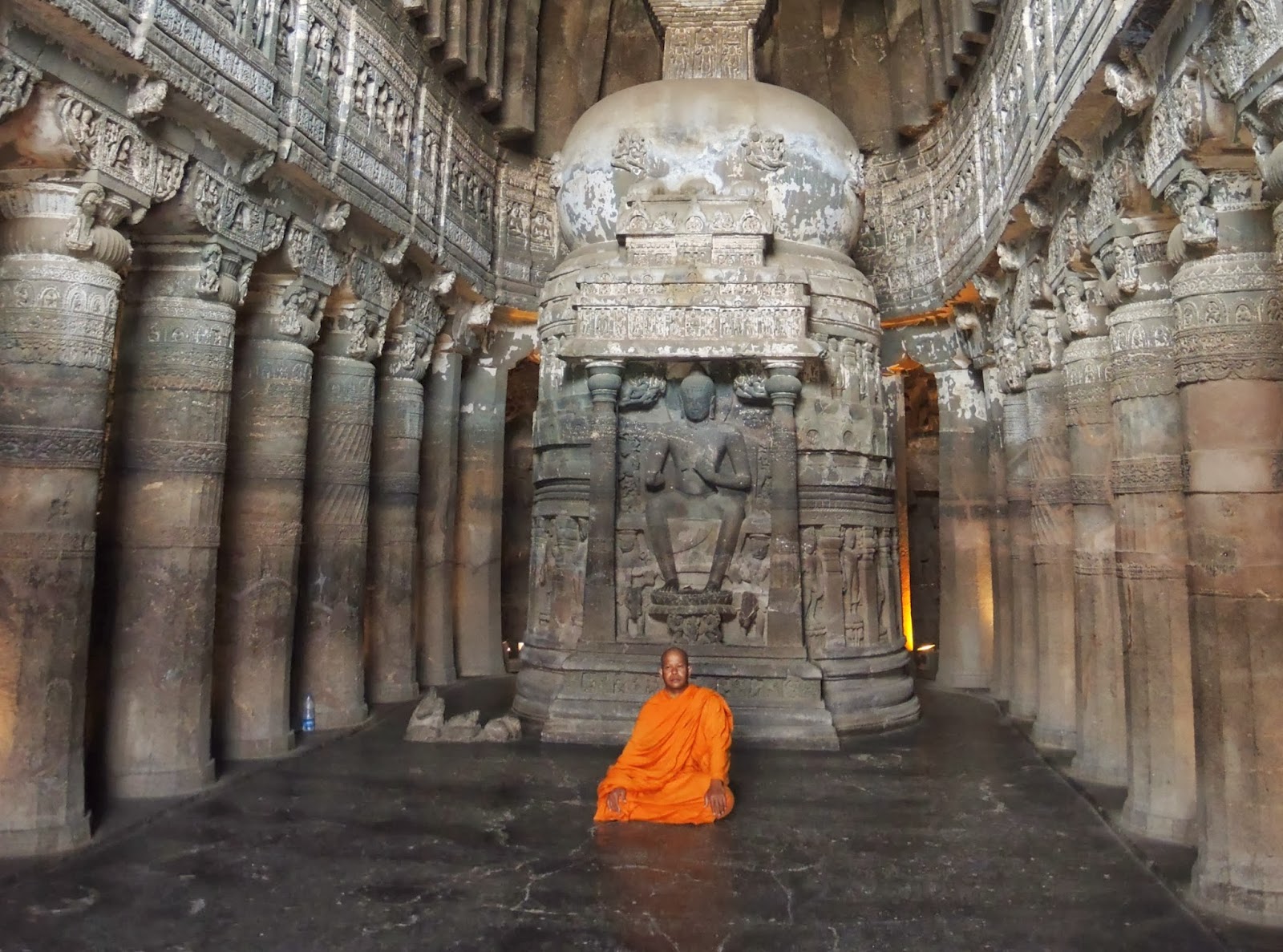 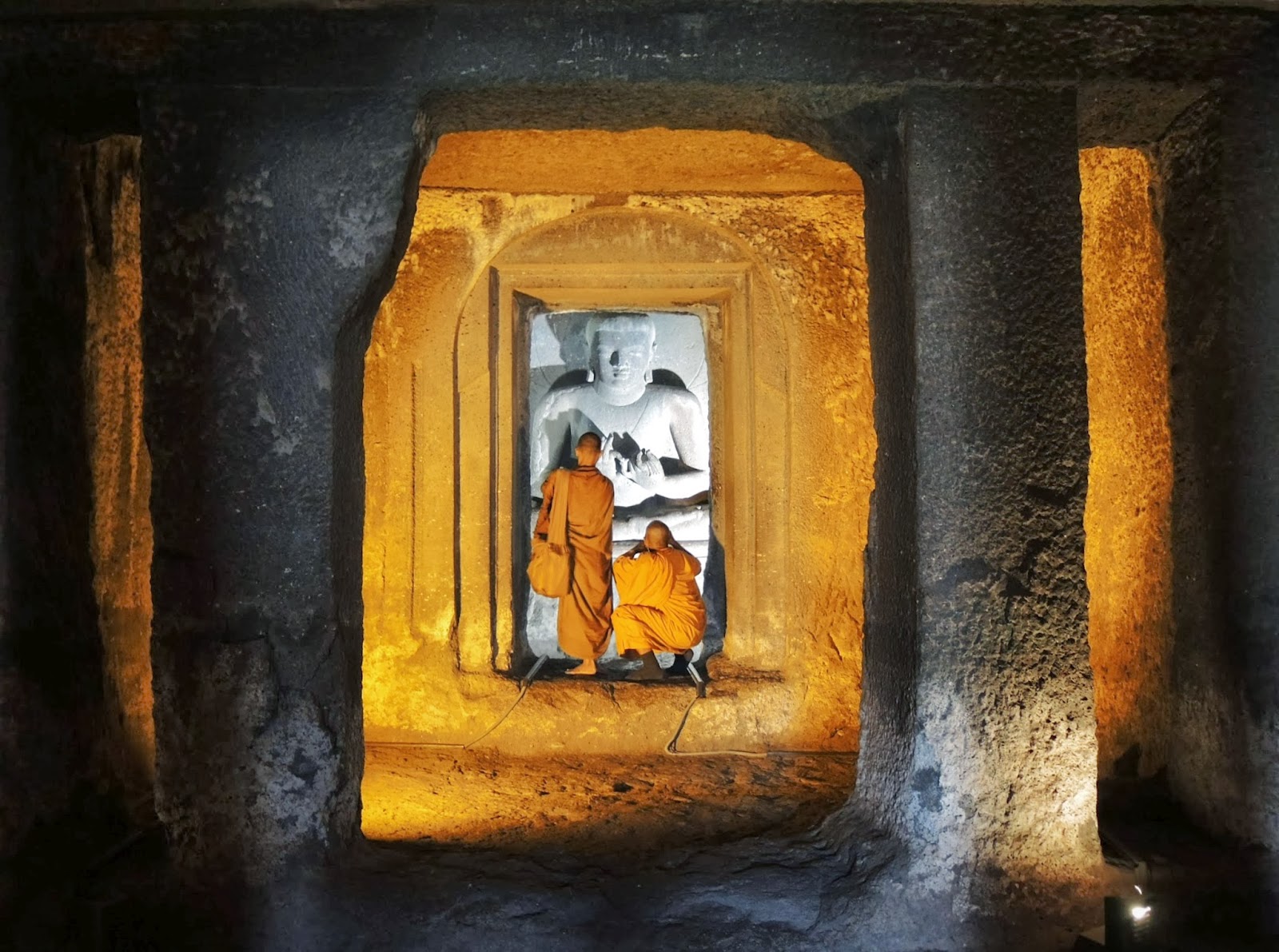 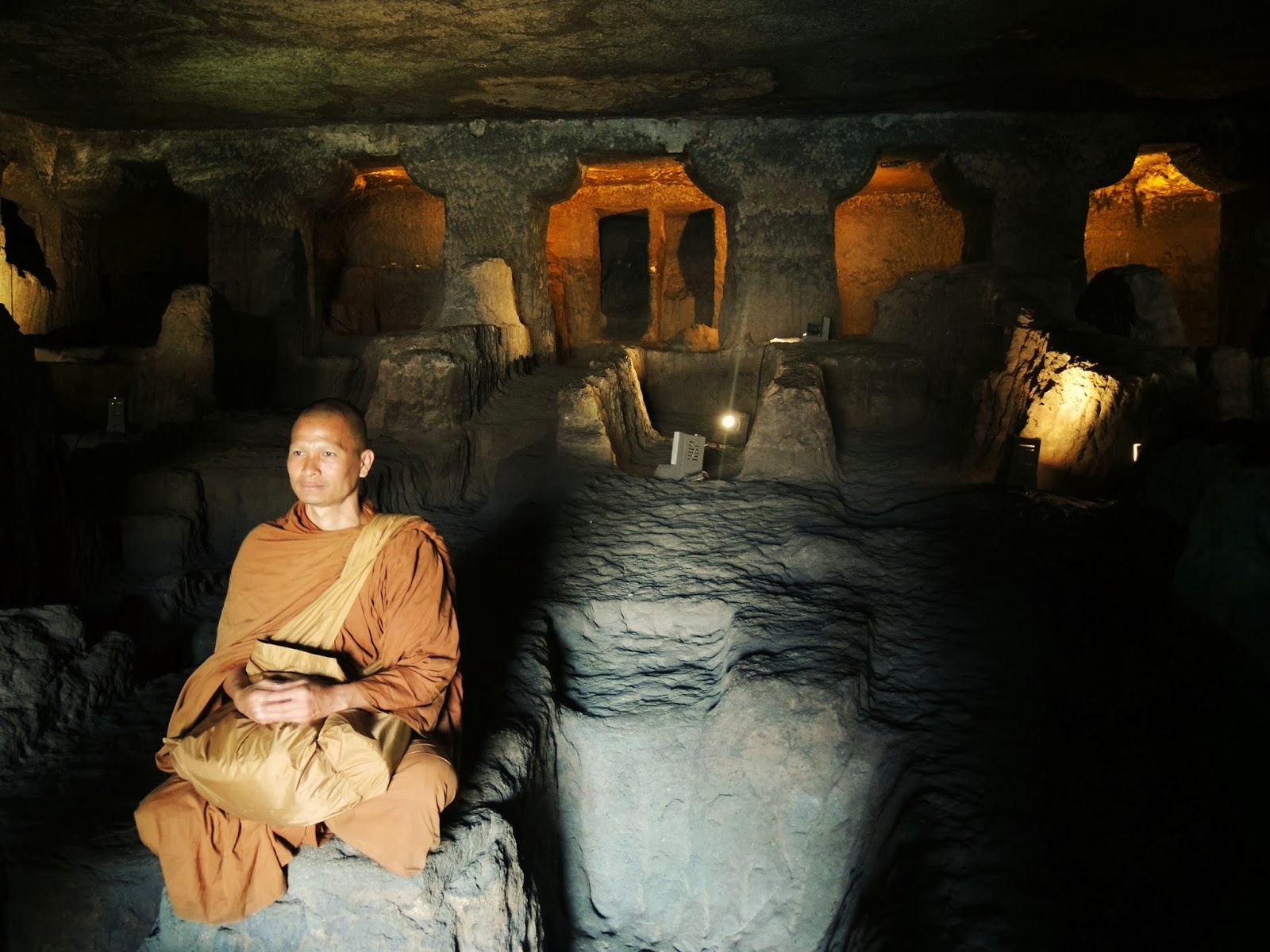 I do realise the hypocrisy in previously complaining about locals taking photos of us without our permission, and then we do the same thing here, but I feel like there’s a difference. We actually are quite stealthy! Certainly compared to the majority of people we’ve encountered. We’ve even had some, quite literally, shoving cameras in our faces while looking in a different direction, thinking we don’t notice.

Thankfully, here we didn’t really have any bad experiences in that regard. We still had people asking for photos but at least they were asking. We even had people giving Ais their children to hold! 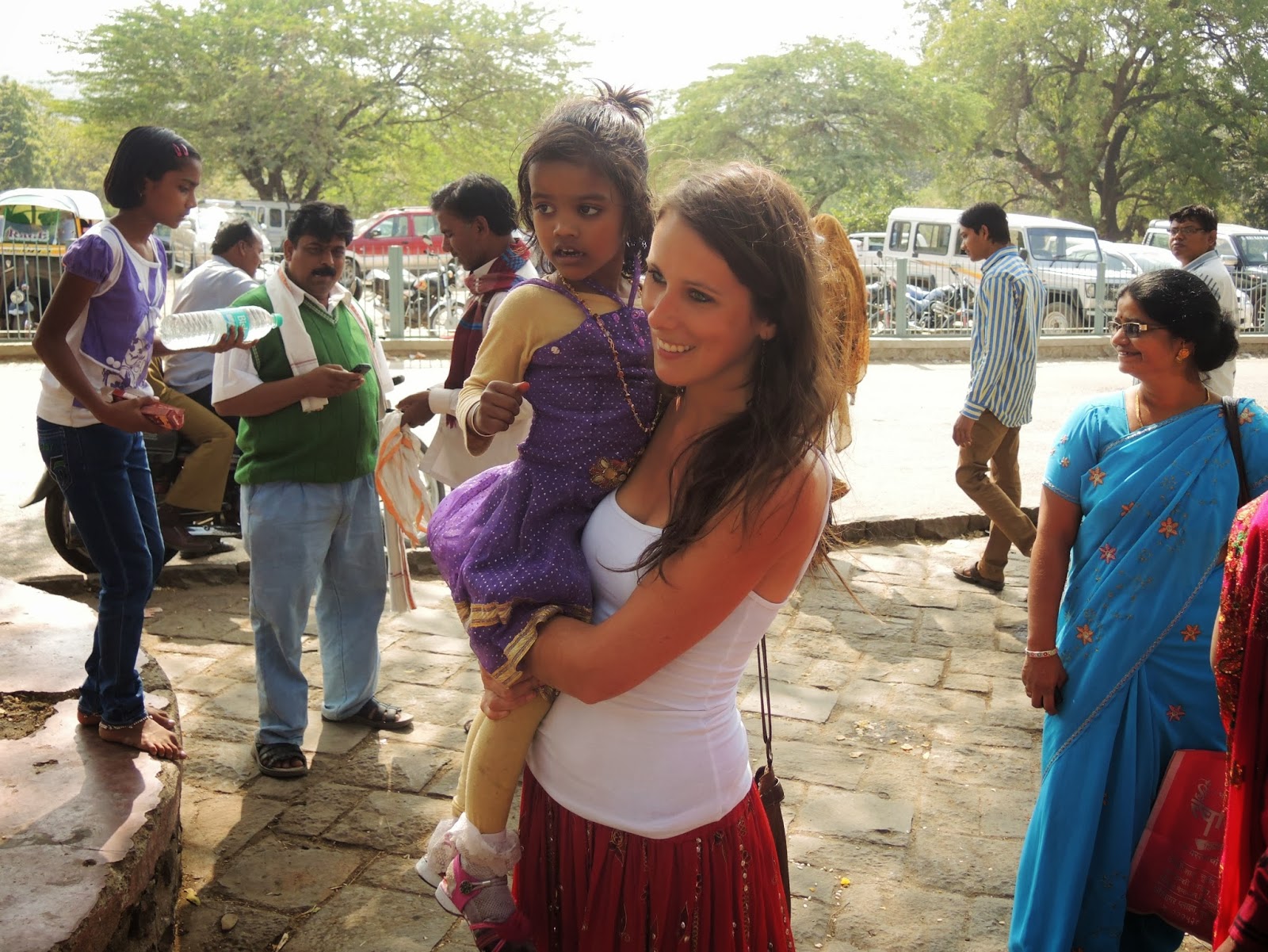 Despite the early drama, we had a really lovely afternoon, and the next day was equally as lovely, but thankfully minus the initial headache. This time we decided to go back to our roots and do things more DIY, so we made our way to the bus station and grabbed a ride to Ellora. Again, it was kinda more of the same in terms of scenery, but the day was probably even more enjoyable as it was much closer, much quieter and there was just a nicer ambiance overall. 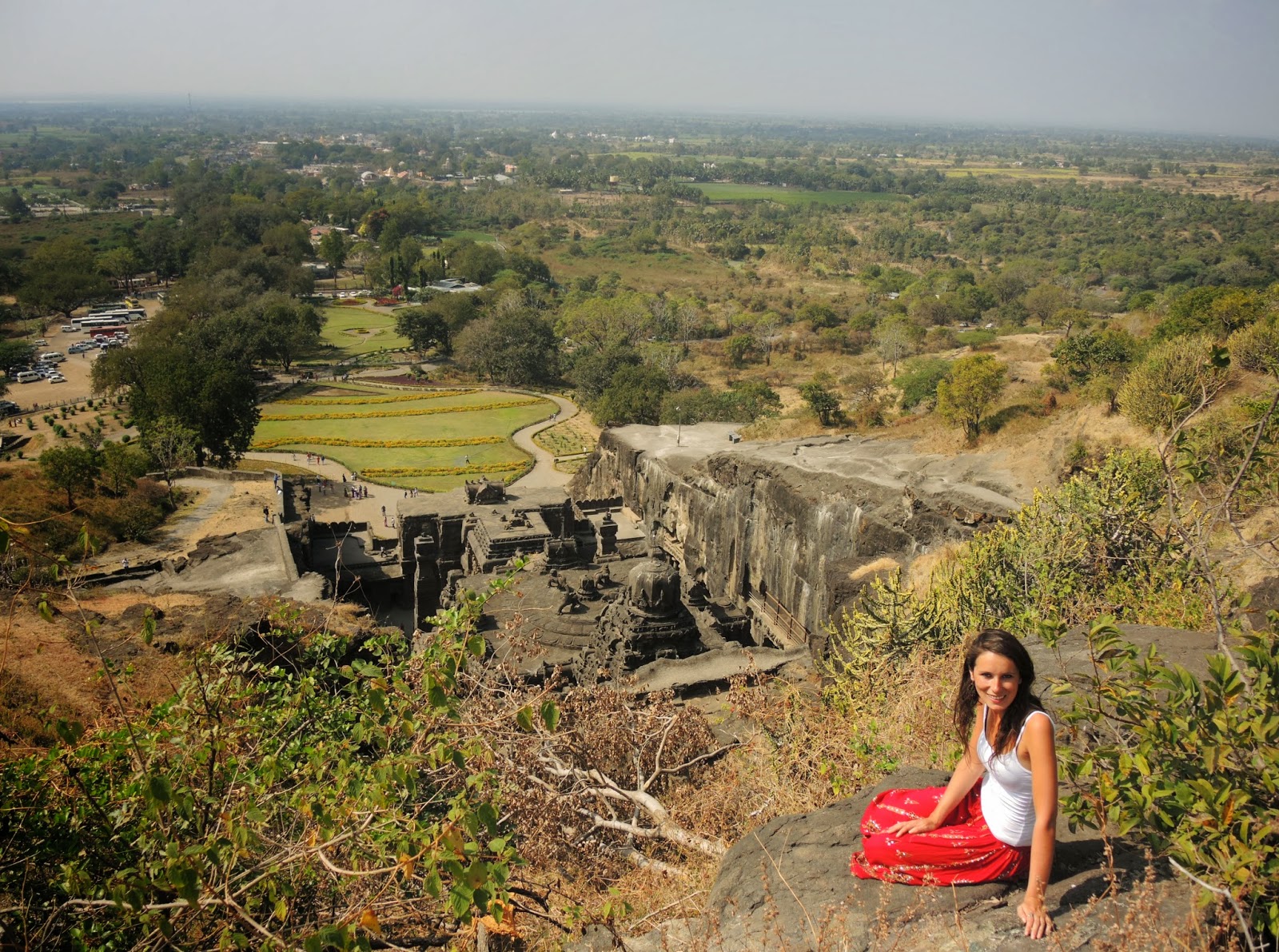 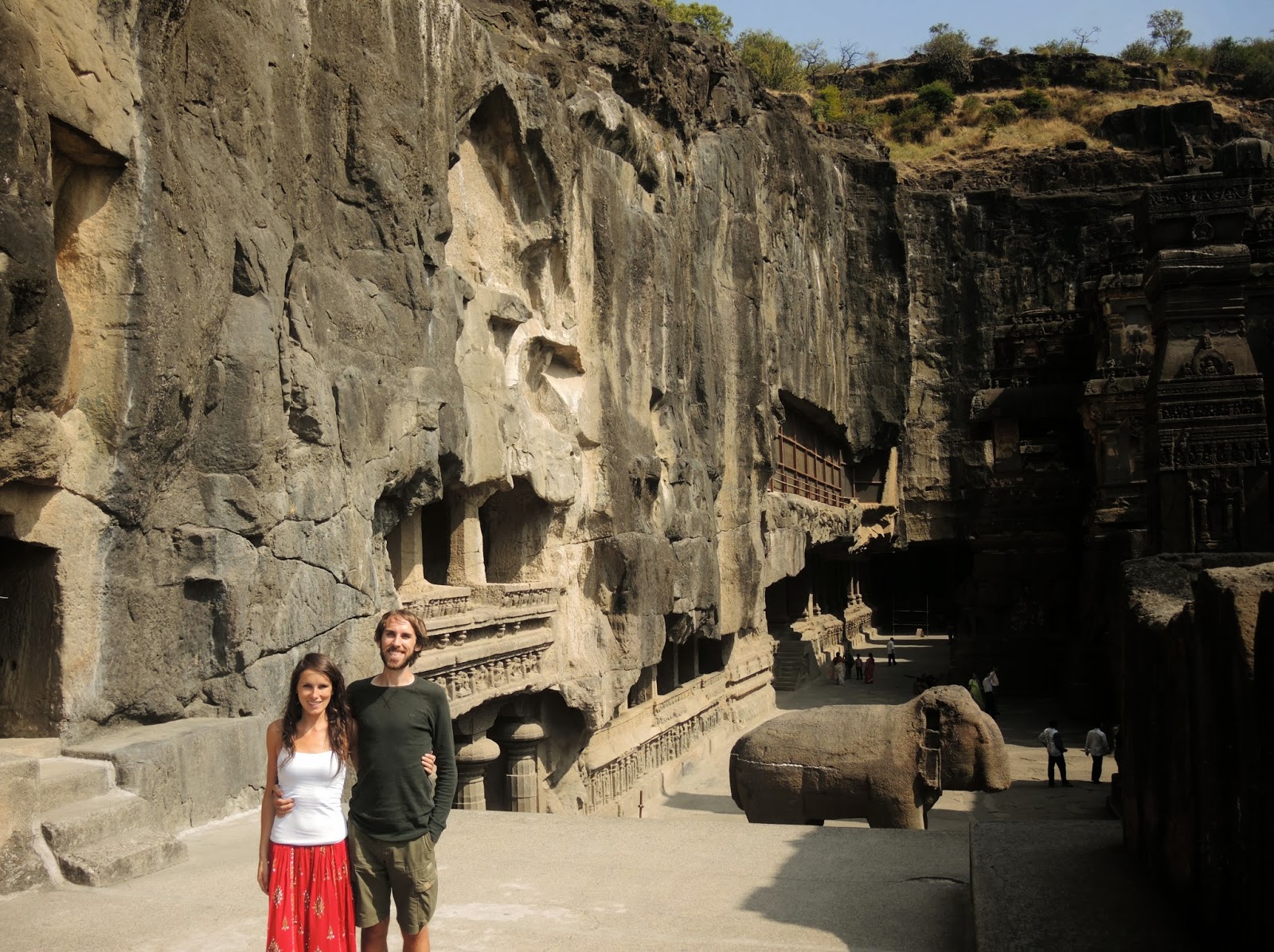 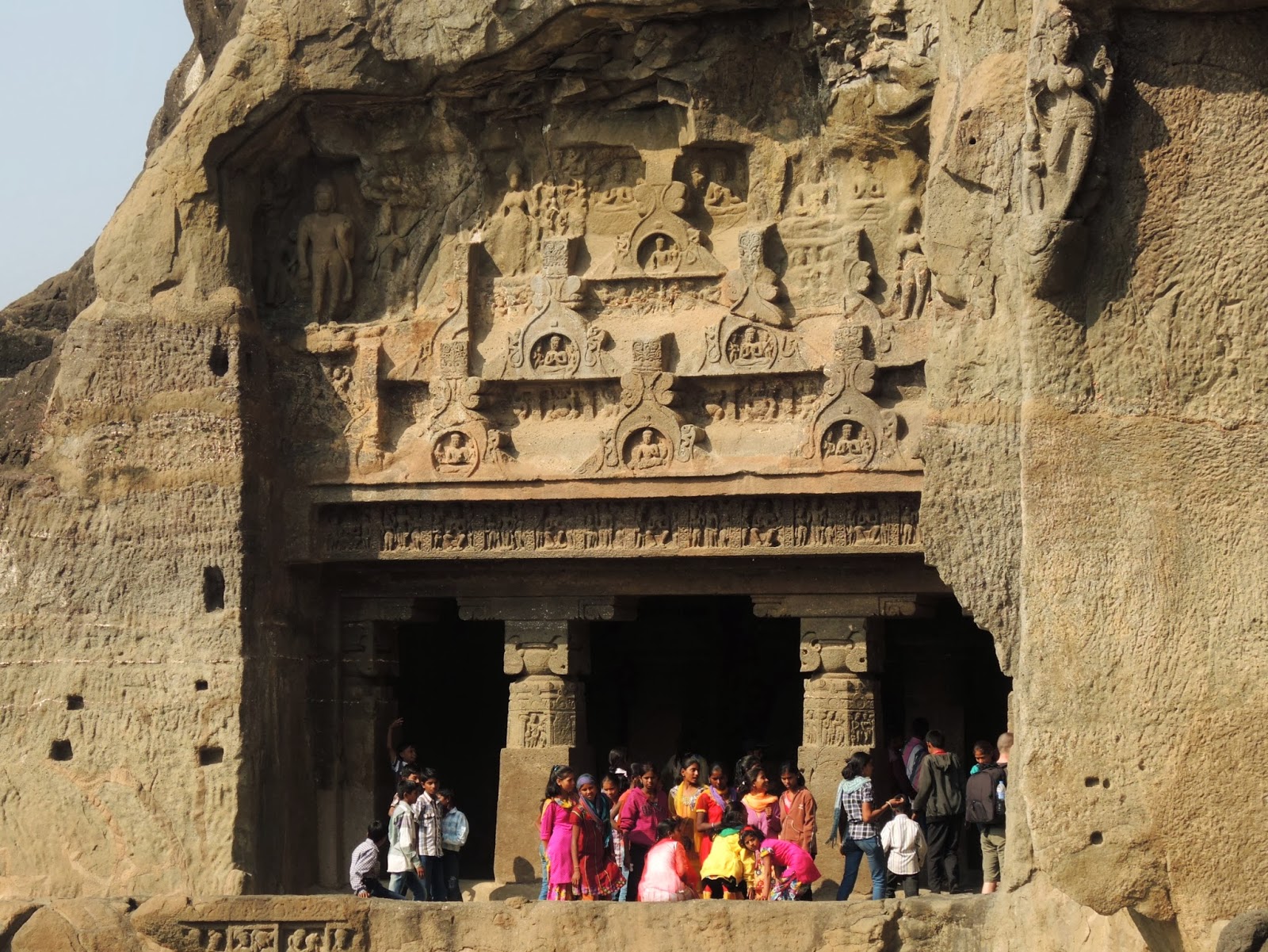 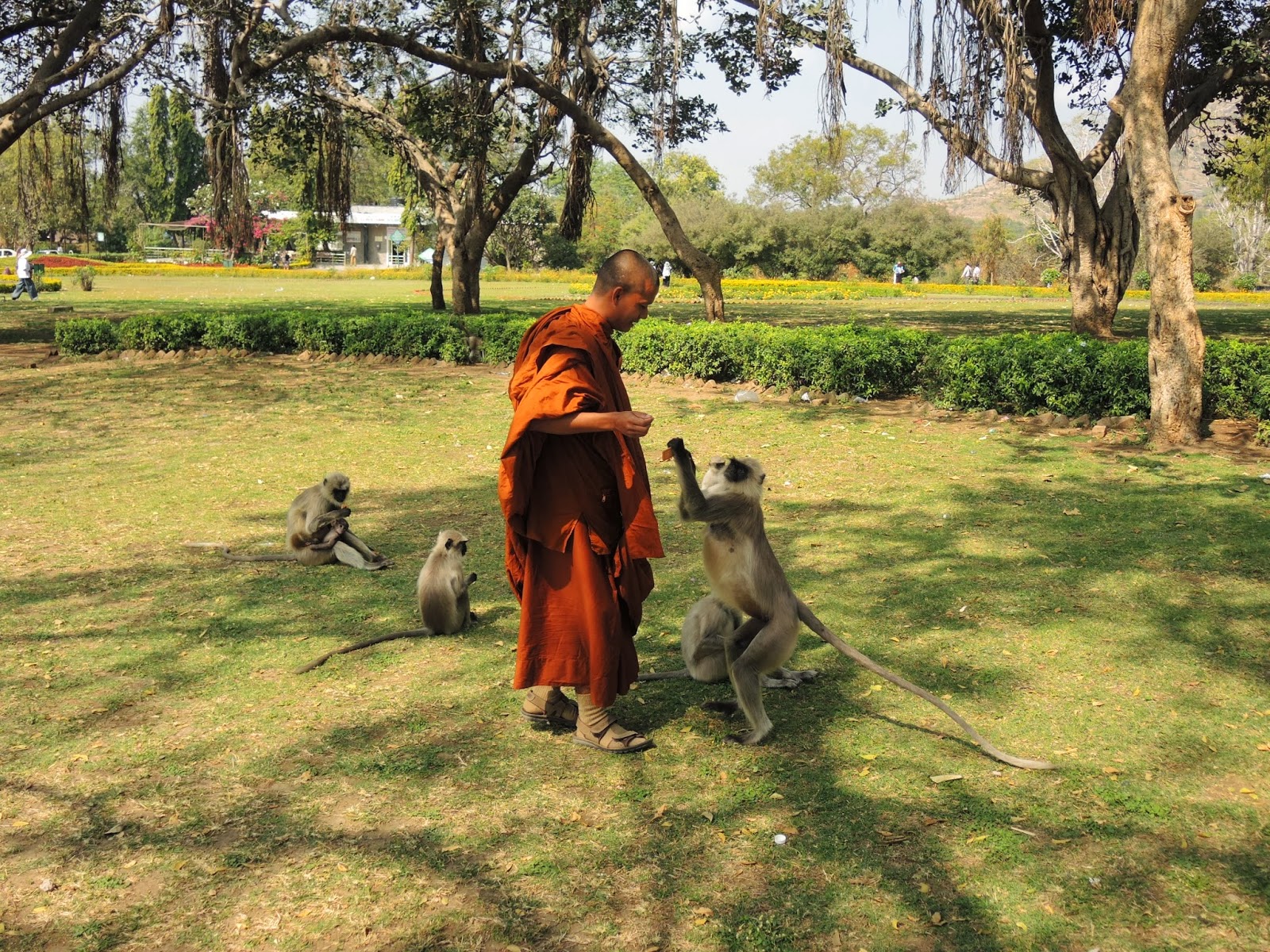 Other moments of note from that day: someone asked if Aisling was Chinese! We get a lot of locals talking to us everywhere we go, enquiring about our names and where we’re from, and they usually might guess that we’re Russian, or German, but never Chinese! We’ve obviously been in HK too long!

It was a big day for Ais too as she tried her hand at quidditch for the first time. 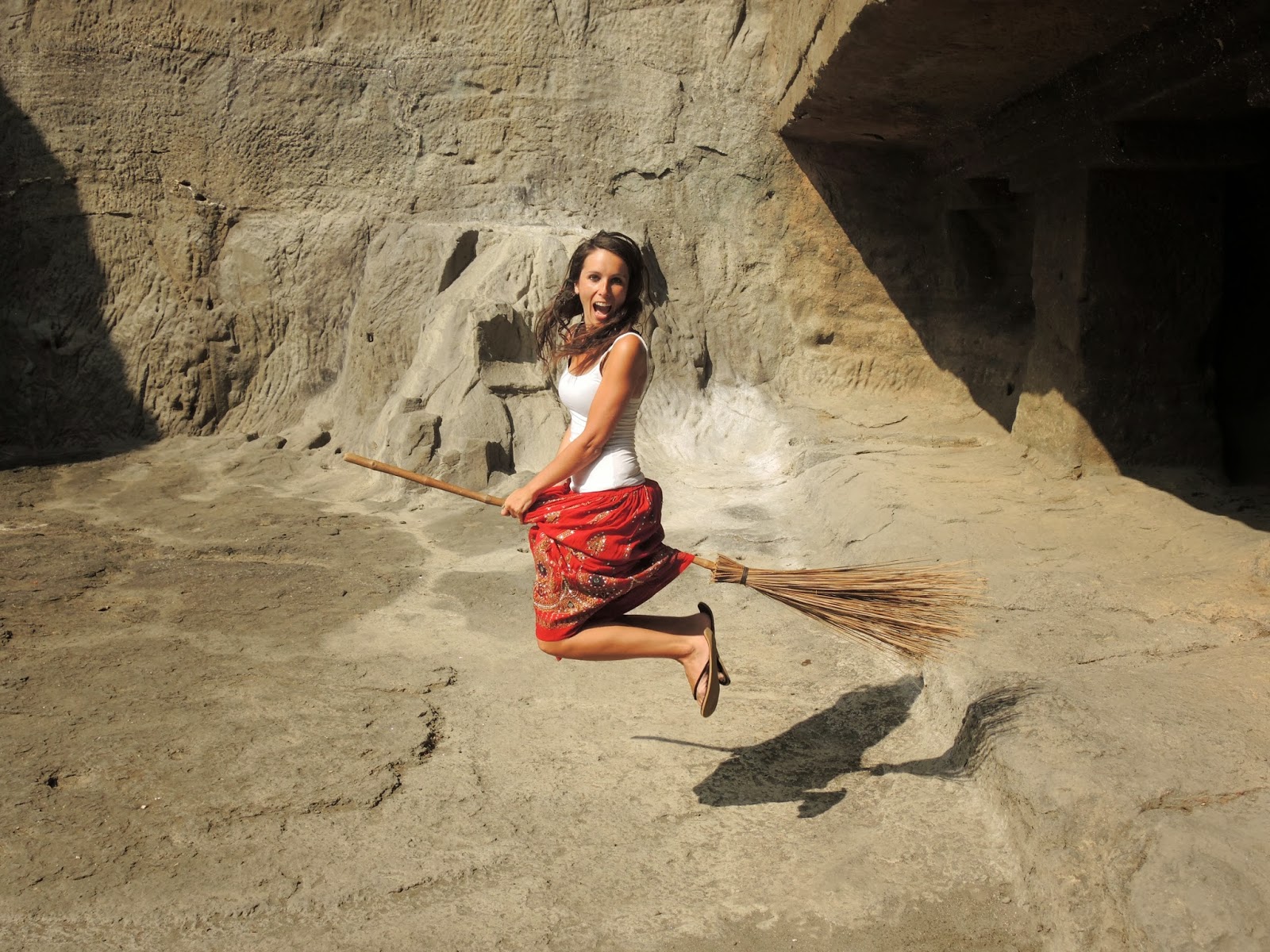 We just found that broom in one of the caves so we decided to have some fun (just in case you thought we were carrying it around with us). There was obviously a janitor out there slacking off. I just don’t think Indian cleaners are as committed as their western counterparts, but that’s probably just a sweeping generalisation! Hiooooooo!

After a few hours of wandering about, and after climbing high above the caves, and more importantly, above the crowds, we made another video diary.

It was around 5pm by the time we made our way back to Aurangabad. Our train wasn’t until half 11, so we had over six hours to kill in town. So what did we do? We checked back into the hotel and paid for another night’s board, even though we wouldn’t actually be sleeping here, just so we had somewhere to relax, shower, watch TV, have food, and most importantly, so we wouldn’t have to spend our evening walking the streets of this God forsaken hellhole! (I guess I might as well finish this entry as I started it!). And to be honest, it was worth every penny.