As we left the sleepy state of Kerala behind, it was time for our first (but by no means last) taste of India's bustling urban life, as we pulled into the country's technological hub and third largest city - Bangalore. Being honest, it wasn't a place that we expected an awful lot from, and we saw it more as a gateway, as opposed to a much anticipated destination in itself. But I'm glad to say that we were pleasantly surprised, and although we only had a couple of days in town, we left Bangalore with nothing but fond memories. 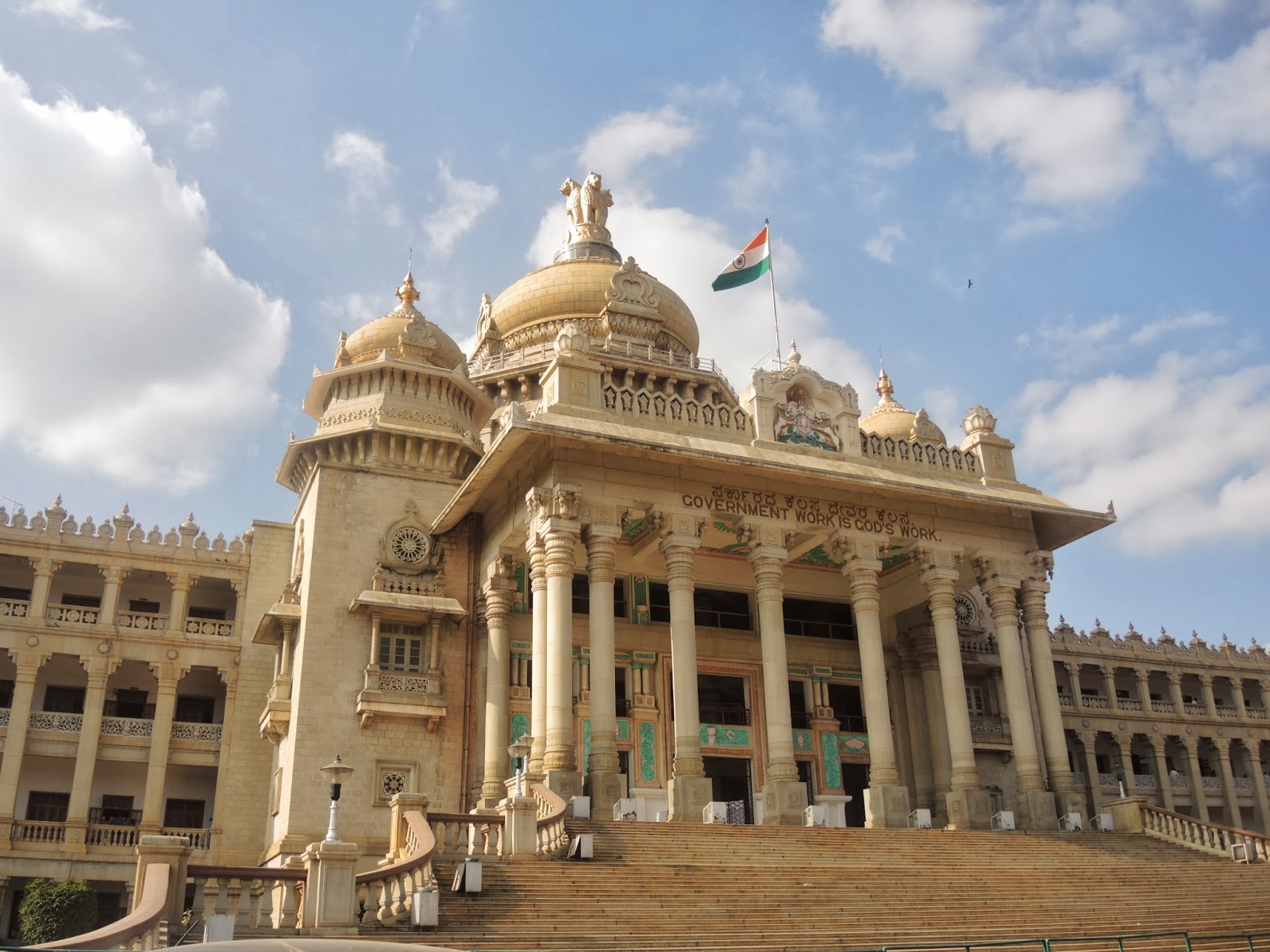 And a huge chunk of that is down to our accommodation, Mass Residency, and more specifically, the owners; brothers Shakir and Sid who couldn't have done more for us during our stay. Right from the moment we arrived, it was just a whirlwind of hospitality, and it felt more like we were staying with old friends rather than being customers in a guesthouse.

It was the perfect welcome following a night of travelling, and after a lovely breakfast, and taking some time to relax, Sid even escorted us (and a French couple) on a three hour walking tour of the neighbourhood (free of charge of course!). We strolled through various streets and markets, tried some new fruits, chatted with Sid and learned a lot, not just about Bangalore but Indian culture as a whole - a great way to be introduced to a new city, and in many ways, we felt like we were being introduced to India for the first time. 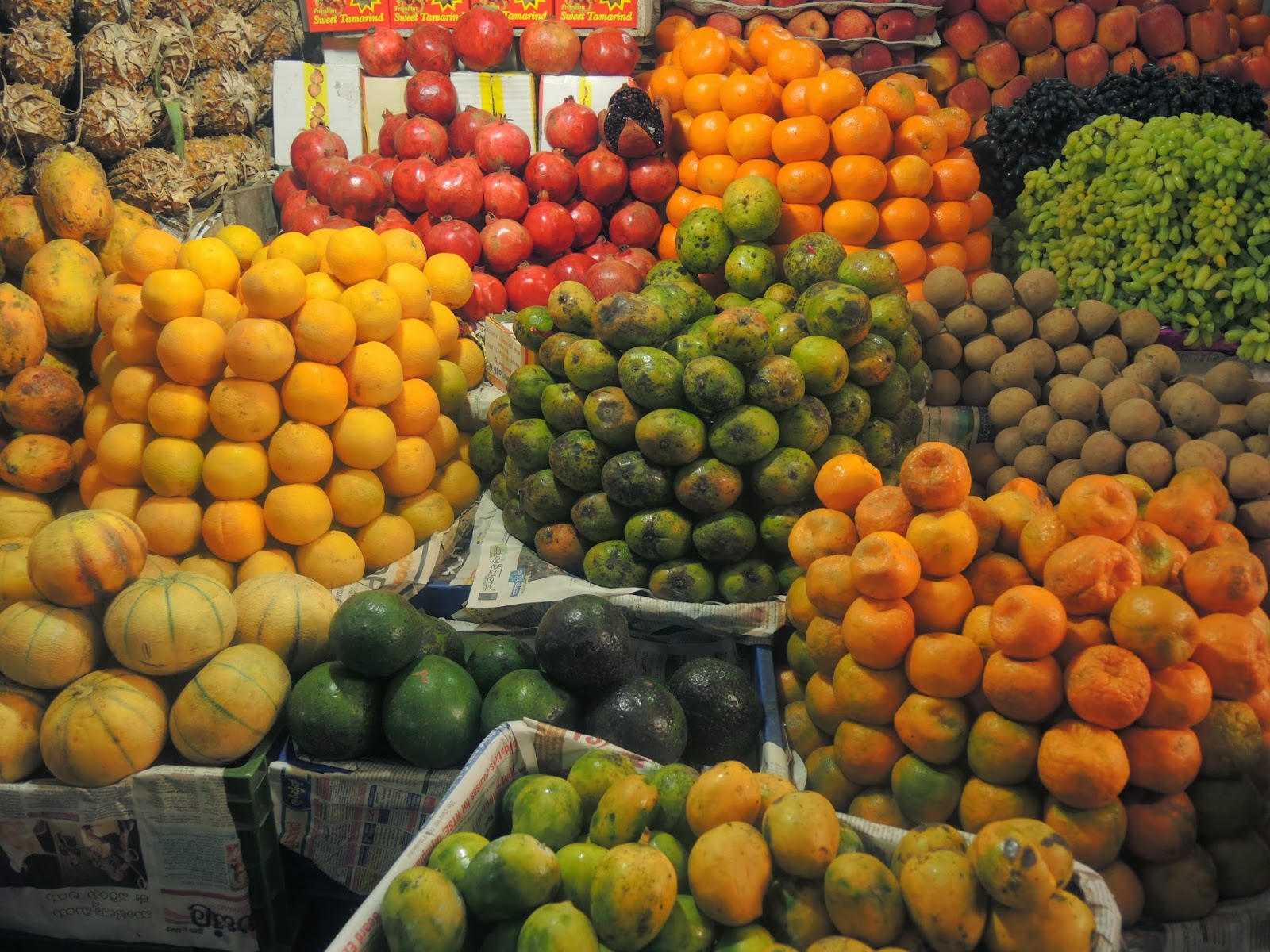 It was especially interesting to learn more about Bollywood and Indian film in general, particularly when we found out that there was a Bollywood movie (a pretty high profile one too) shot in Dublin! Who knew?! We even got to watch a bit of it back at the guesthouse and, production-wise at least, it's probably the best thing ever filmed on Irish soil! Brawling in Templebar, a chase scene on the Luas; my words will never be enough to paint the picture. You'll just have to watch it yourself to appreciate the brilliance! Here's a short clip for you. Enjoy!

And of course, no Bollywood movie would be complete without a song/dance sequence, especially one in Trinity College!

I still can’t get it out of my head. It's so catchy!

When visiting Bangkok at the start of our trip, we branched out and searched for something a bit different to do while in town, which led us to the Escape Hunt - probably one of our favourite things from the trip so far. And in Bangalore, we similarly looked beyond the regular tourist haunts; your temples, your parks, your usual sights. We wanted something new, something we had never seen before, something on another plane entirely... 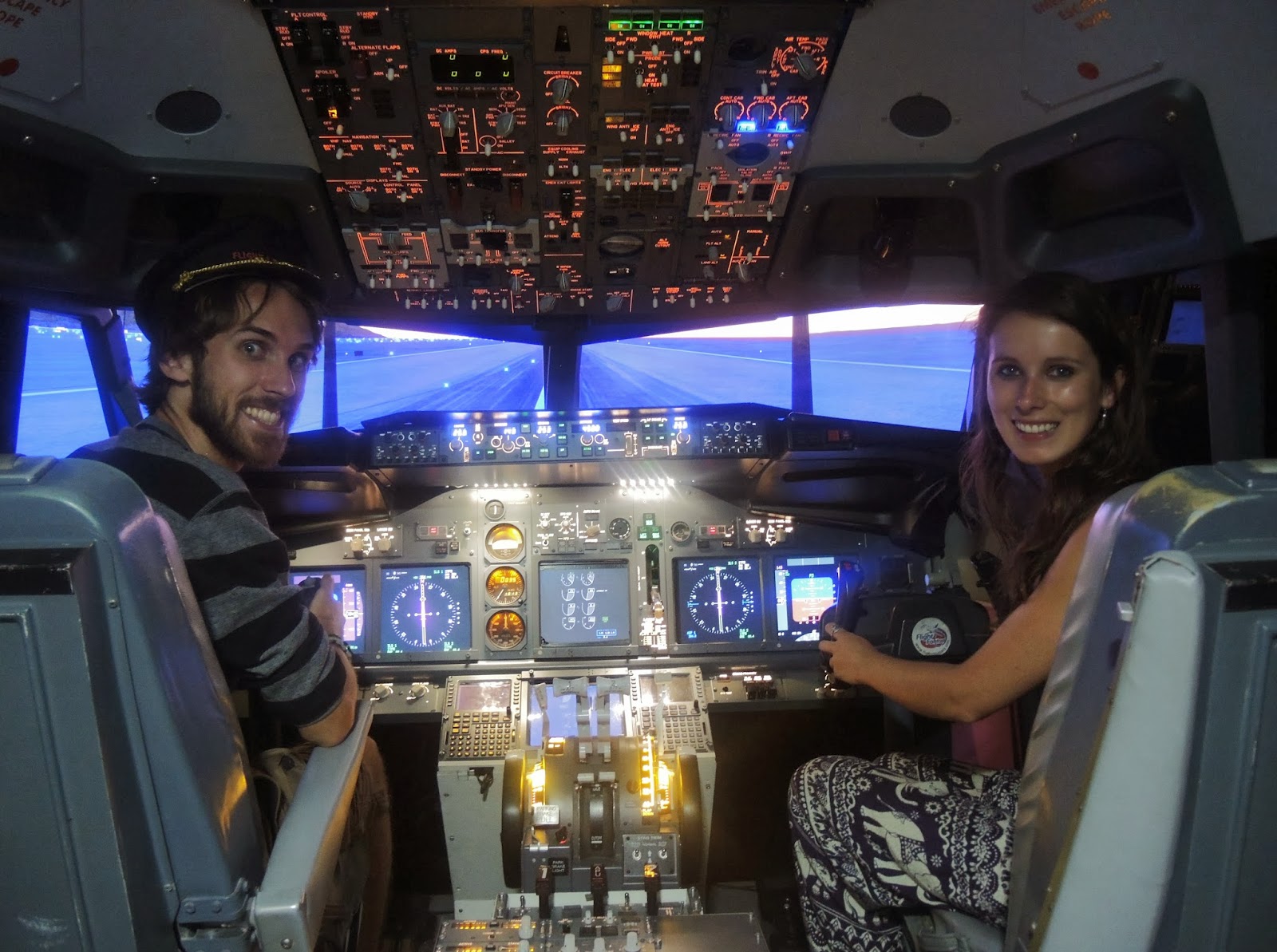 And indeed another plane we found! Or at least a simulation of one.

The Flight 4 Fantasy experience was just great! It was like being on the Krypton Factor! I was seated behind the controls of a Boeing 737 with a real life pilot beside me, telling me what to do, as I gracefully took off from the old Hong Kong airport, and successfully landed, without a scratch at... the new Hong Kong airport. (Well, they didn't have Cork in the system so my choices were pretty limited). I even got a little certificate (and a keyring!) at the end of the flight, so there's one for my CV! 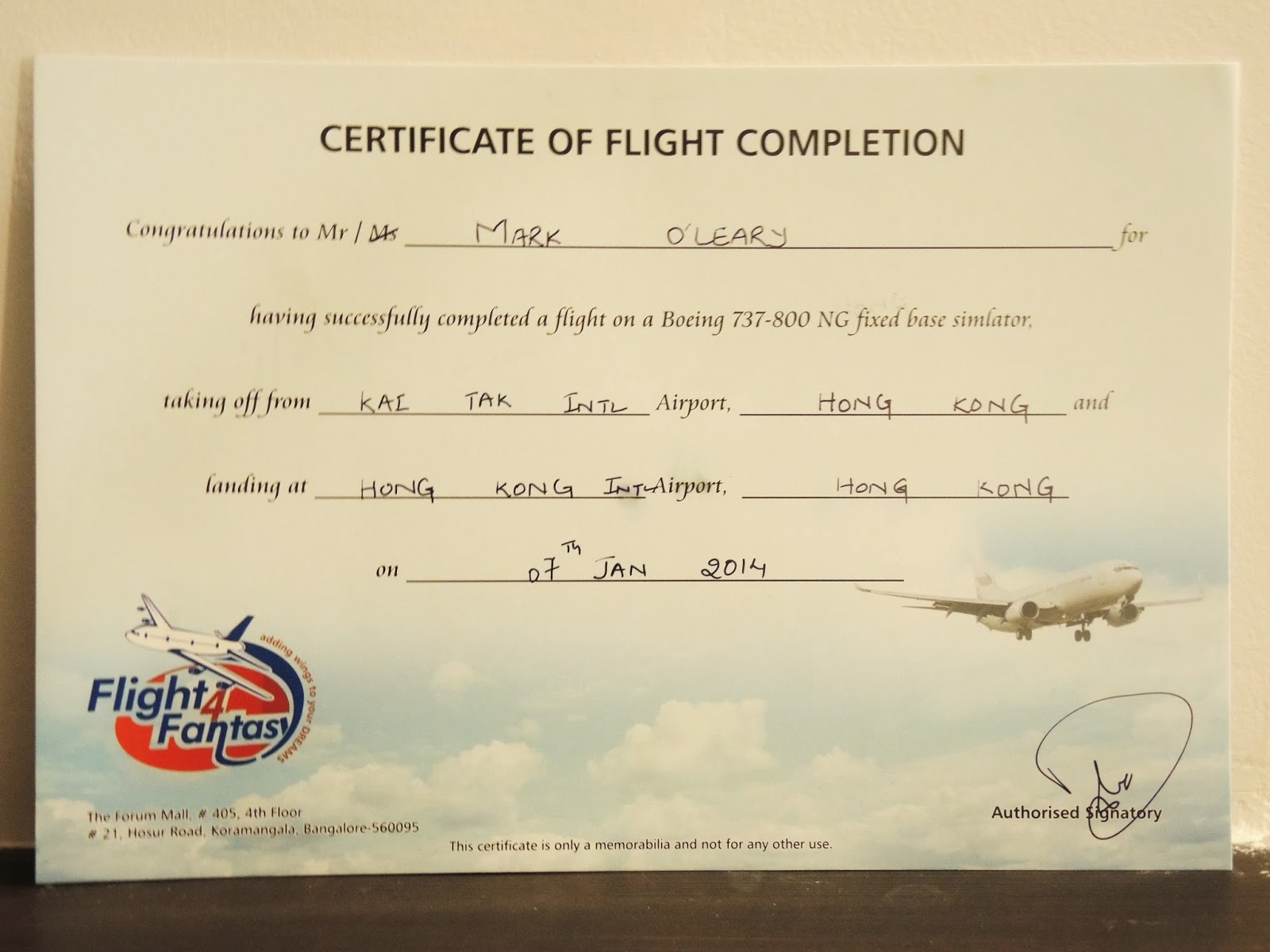 The next day, we had a bit more of a traditional touristy day, visiting the Vidhana Soudha (the state government building), walking around Cubbon Park and into the main district surrounding Mahatma Gandhi Road, and it was all rounded off with a sunset dinner overlooking the city from 13 storeys up in the aptly named, 13th Floor. 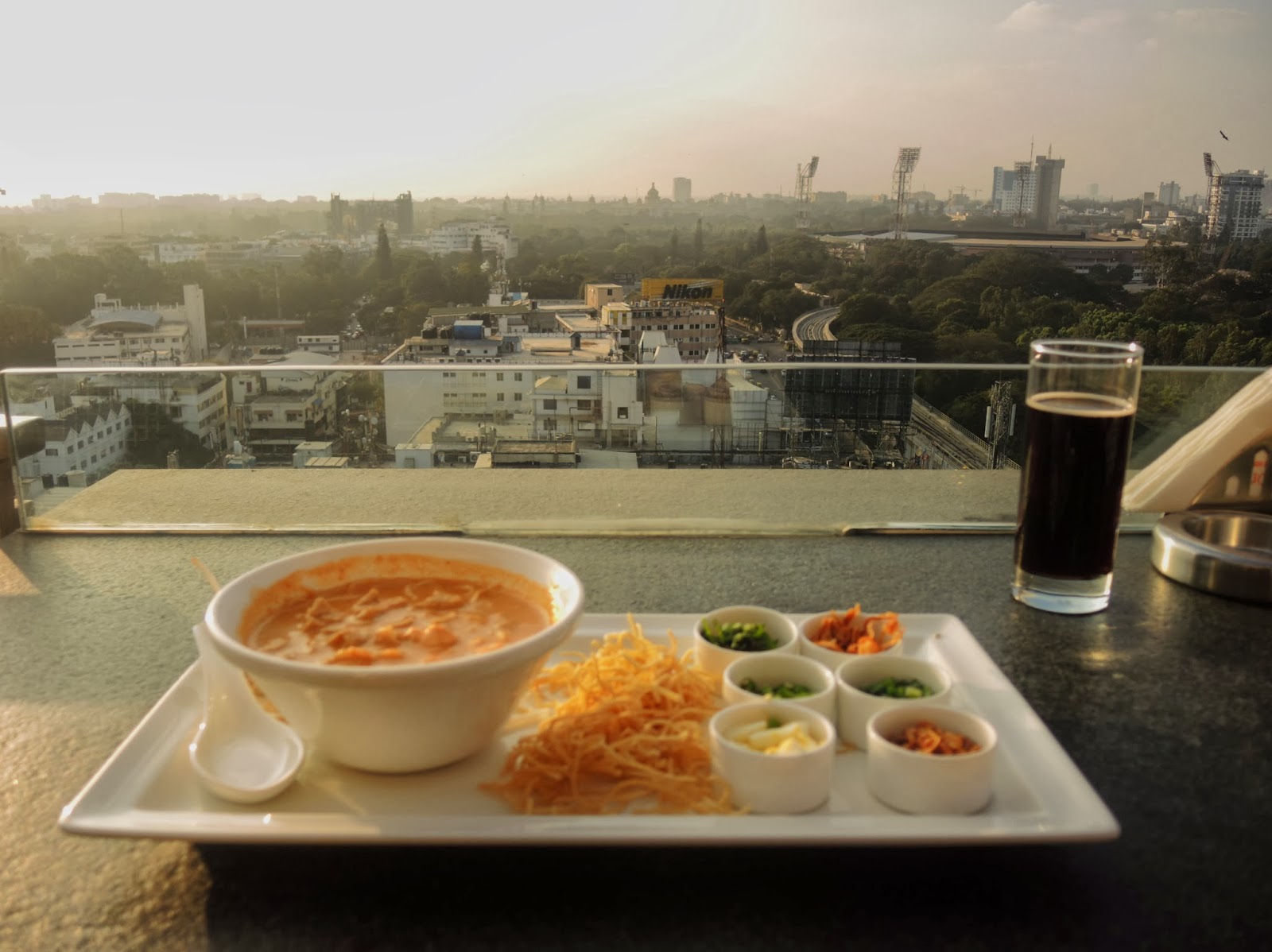 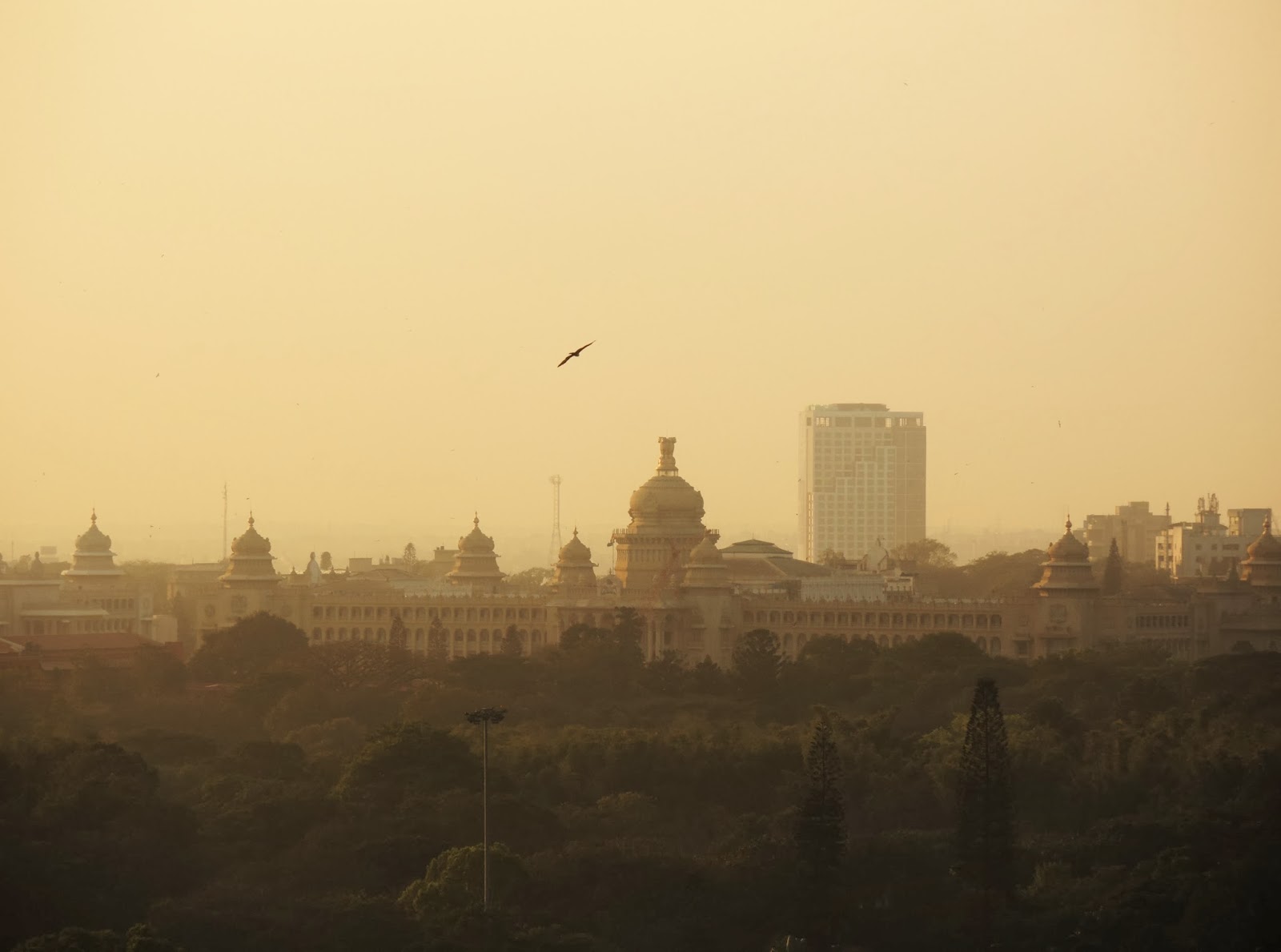 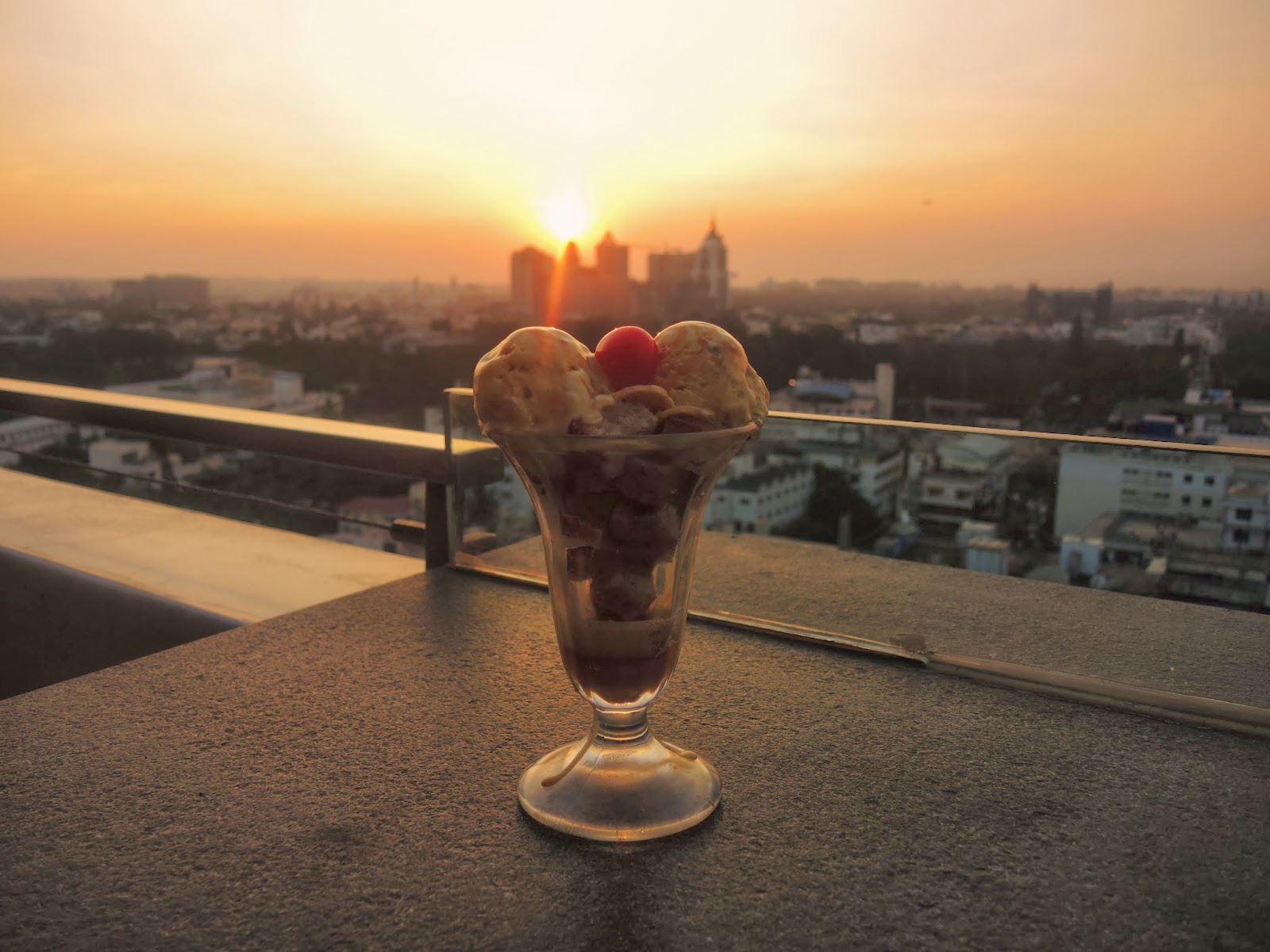 The following afternoon, we finished up in Bangalore, but didn’t have far to travel (by Indian standards at least), taking a three hour long bus ride to the city of Mysore. We only had 24 hours in town, but that was more than enough as there was really only one thing to see – the hugely impressive Mysore Palace. We even went to see it twice! First by night, the evening we arrived, then again the next afternoon, when we got the grand tour. 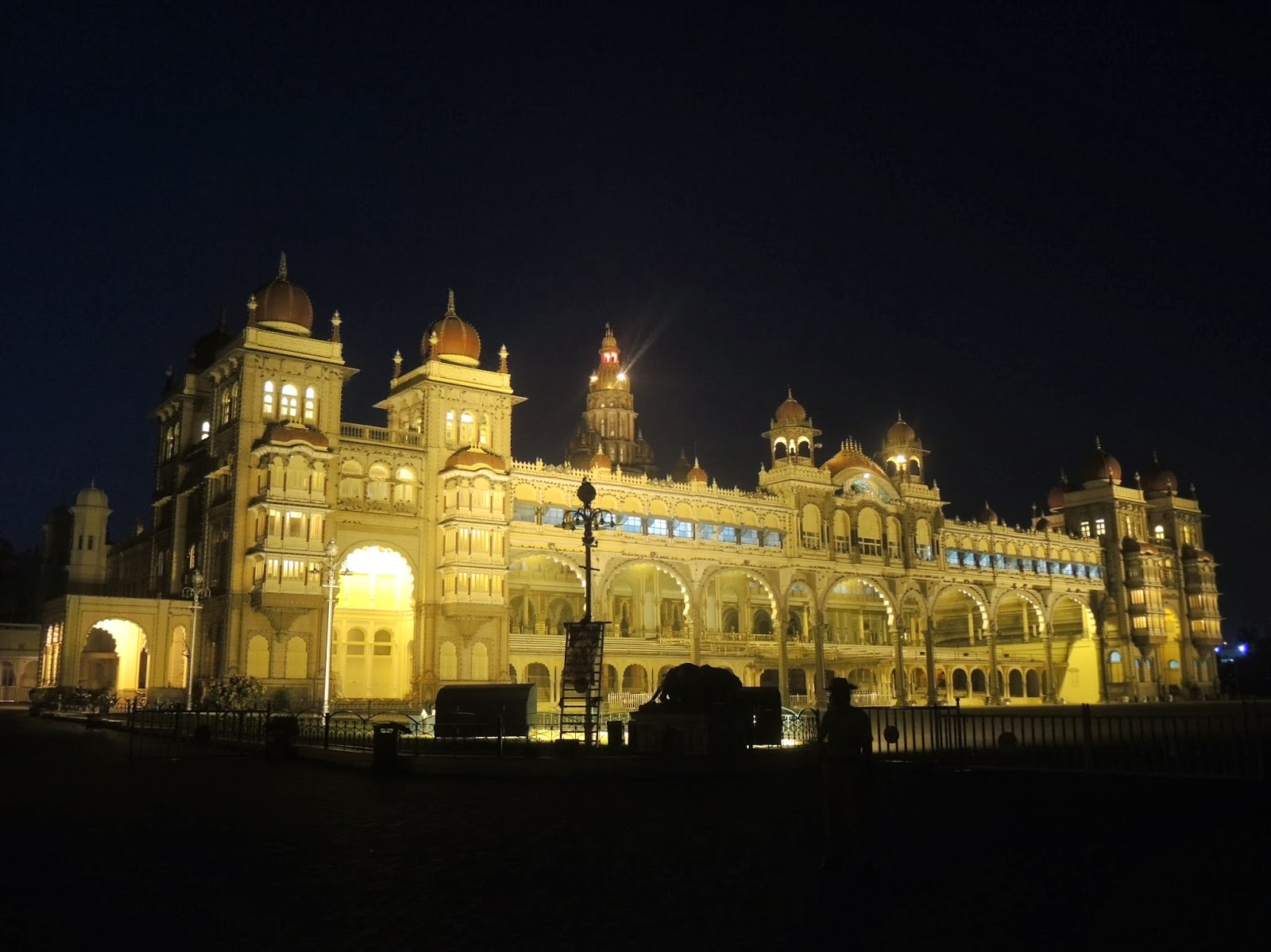 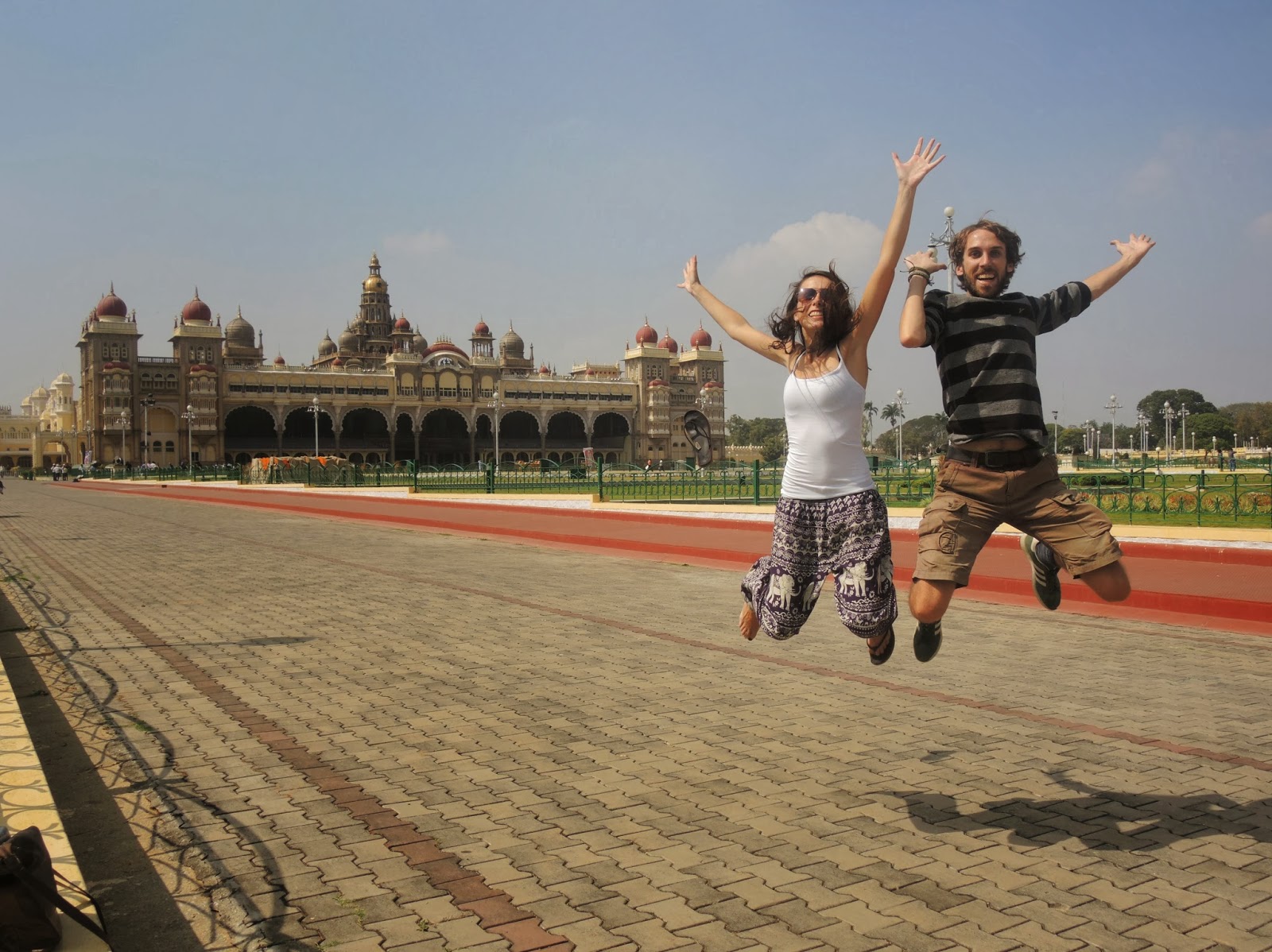 Unfortunately, I was carrying a bit of a cold during our stay, which was a pain, so while I was trying to concentrate fully on Mysore Palace, I was pretty distracted by my sore head, my sore throat, my sore everything! (You'd think that I made up that situation just for the word play, but I actually was quite sick! I guess on reflection it was the best kind of illness though, one that fits in perfectly with the narrative!)

On our first visit, there was a 45 minute light show which told a story through light, sound, music and spoken word, although it was all in Hindi, so we kinda had to piece it together through the other mediums… Needless to say, we were completely lost. Still, it was nice to see the flashing lights and at the very end, the palace became completely illuminated, so it was certainly worth the 50c admission. 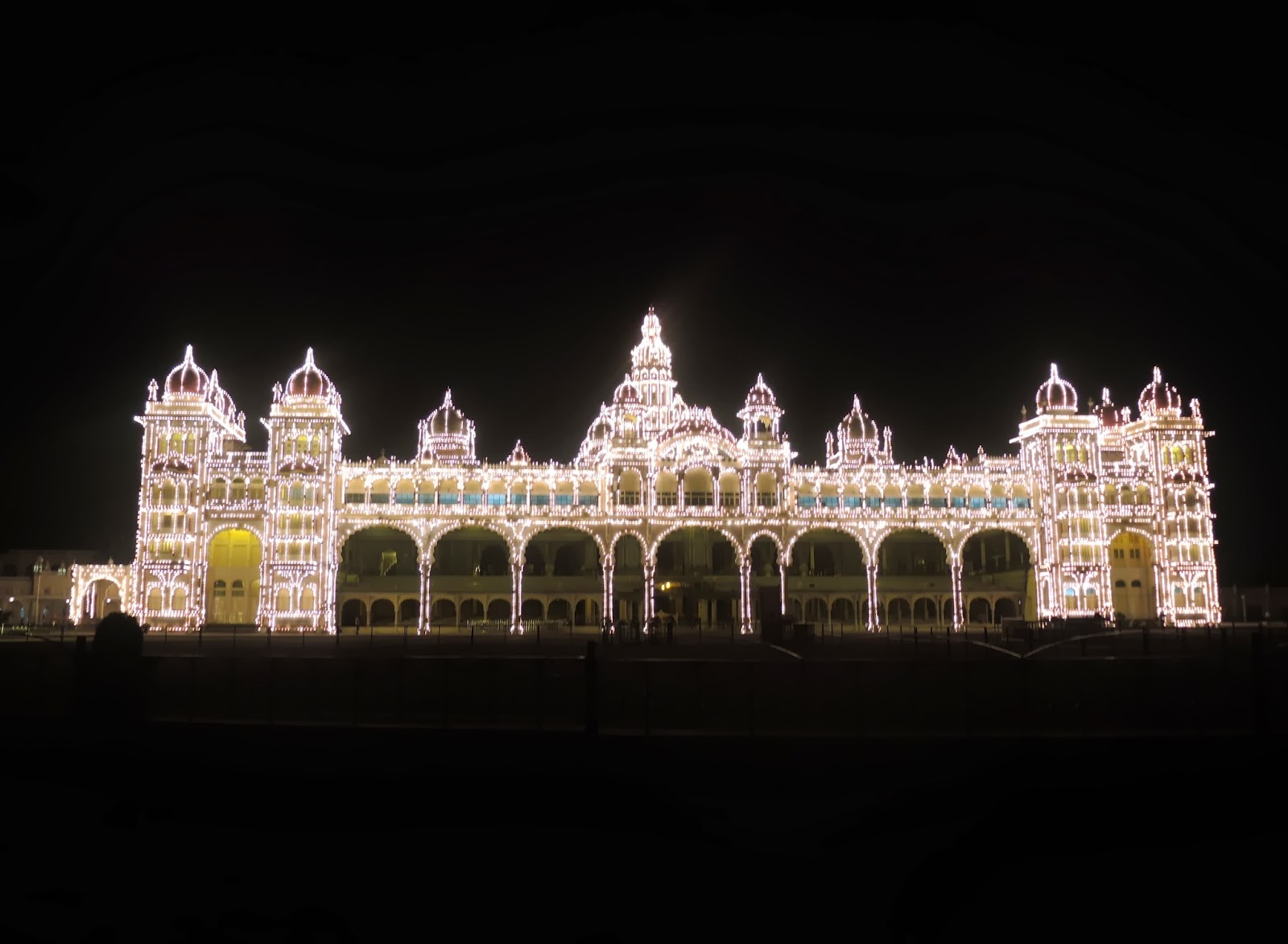 We went again the following afternoon, when the palace itself was open to explore, although you weren’t allowed to take pictures inside, which really was a shame as it was very nice (Mysore - certainly no eyesore!). We were still able to walk around the grounds and take some snaps there, so we certainly got our fair share of pics while in town.

And we made a video diary too!

Apart from that, there was very little to do in town. Our train wasn’t until 18:15, so we were just winding down the hours til then. We found a mall which had a little arcade so we spent a bit of time there on the machines, one in particular -  air hockey. It has become a bit of a rivalry now between myself and Aisling, and the competition is really starting to heat up! We played in Bangalore a few days prior, where I was beaten 3-2 on aggregate (she’s got mad air hockey skillz), but in Mysore I levelled the series with a romping 4-1 victory. 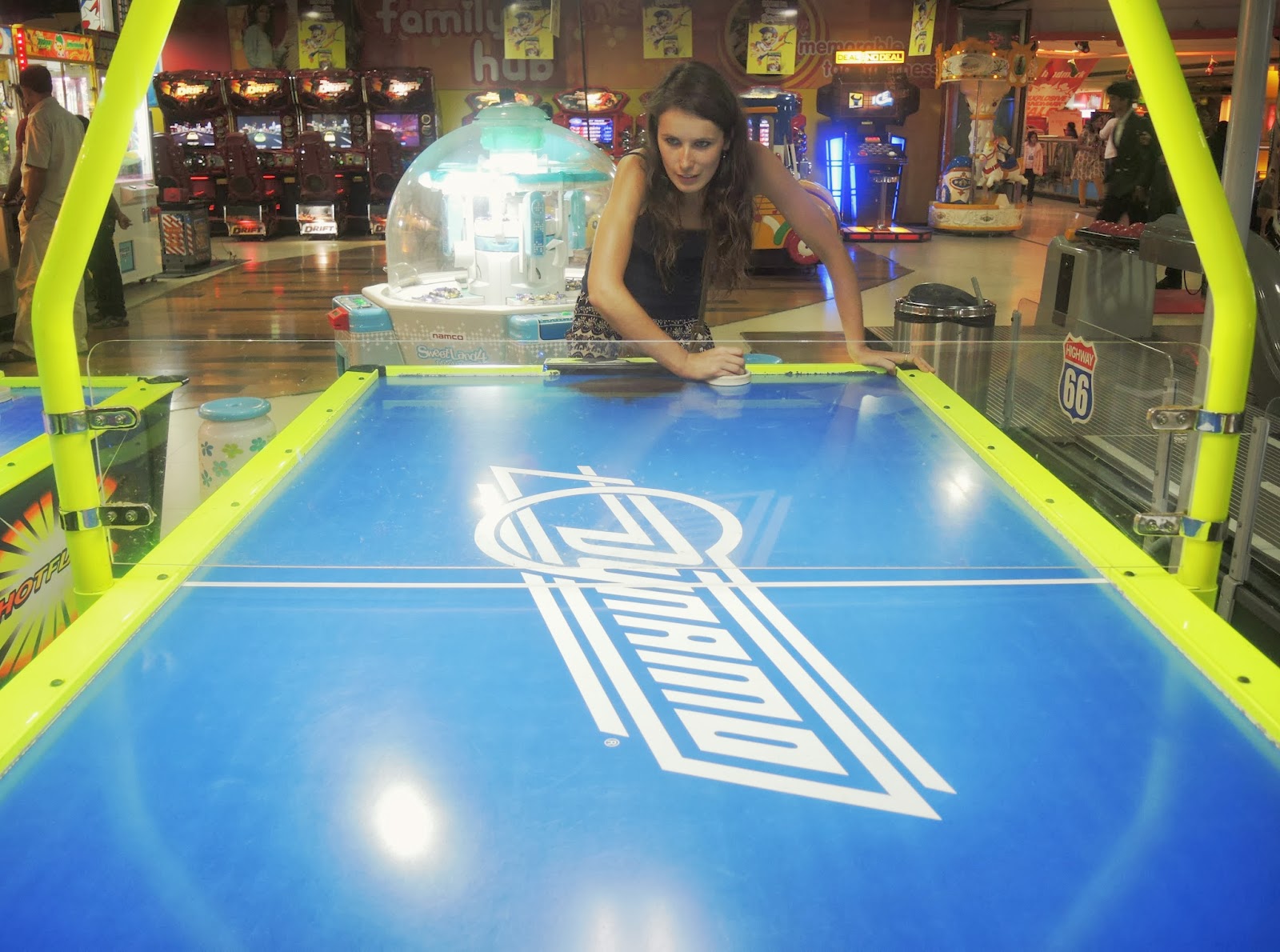 Who knows when we should happen across our next air hockey table to settle this for good…?

We also won a few tickets on some of the other machines which resulted in this grand haul. 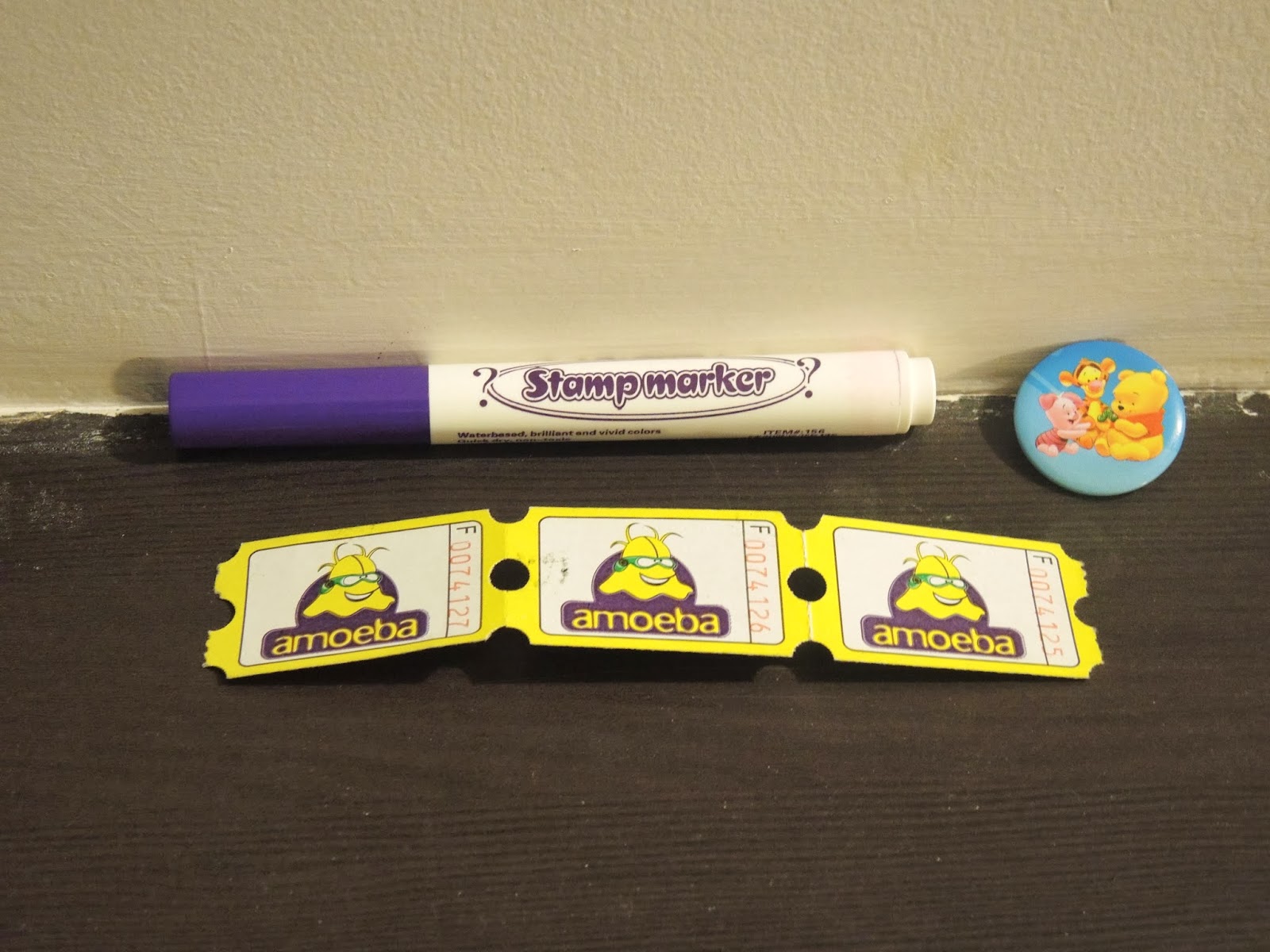 The time for our train finally came around and we climbed aboard for another whopper of a journey, 14 hours this time, but again, really enjoyable, really quiet and comfortable. And the next morning we were in Hospet, our base of operations for our longest stay anywhere in India; 4 days exploring the old city of Hampi. Stay tuned for that!
Posted by Mark O'Leary at 4:12 AM