From being a thousand meters up in the mountains of Ella, to standing at the sea front in Galle in the space of a few hours - two different experiences, but equally great. We loved our time in Ella, we loved our time in Galle, but the worst moments of our holiday so far came in the journey in between, so before we start, let's just rewind a little... 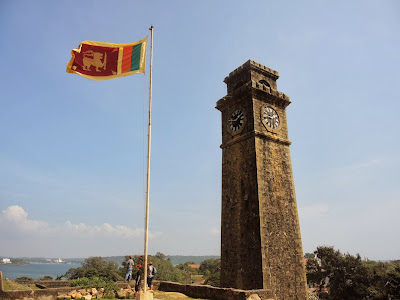 Problem number 1 - We had booked two seats on a private bus through our hostel; it was a 5 hour journey, so best to do it in style. But when the morning of departure came around, the “private bus”, that we (and two other couples) were shown to, was just your run of the mill local bus, already full to the brim. And those seats, which had apparently been reserved for us, clearly didn’t exist, as we (and the other four) had to squeeze on and find a place to stand. We eventually managed to wangle a place to sit down when some locals hopped off, but there was a lot worse still to come...

Problem number 2 (and I do mean number 2) - Before we had left Ella that morning, my stomach wasn’t quite right from whatever we had eaten the night before – a case of, what has now been dubbed, ‘diarr-ella’. And about two hours into the journey, I was seriously struggling. Thankfully, a rest stop came just in time and I was able to shed a few liquid pounds before it was time to get going again. But as the second leg of the journey began, Aisling started to double over with the same troubles. Over two hours from the safety of the next bathroom, and we were both in a bad way.

Toilet troubles aren’t much fun at the best of times, never mind when you’re hurtling along bumpy Sri Lankan roads, packed into a hot, crowded bus. We held on as best we could, both in agony and fit to burst at any moment in the most ungraceful manner possible, until it got to the point where we had to throw in the towel. Don’t worry, we didn’t shit ourselves, we just had to get the driver to pull over asap, and find somewhere, anywhere to let loose. We grabbed all of our things and told the bus to go on without us, not knowing where in the world we were, or where we were going (in every sense of the word!). We would’ve gladly settled for a secluded bush or behind a fence, when there it was, in the distance, like the gates of heaven themselves, the delightfully named Dickwella Spa and Resort. 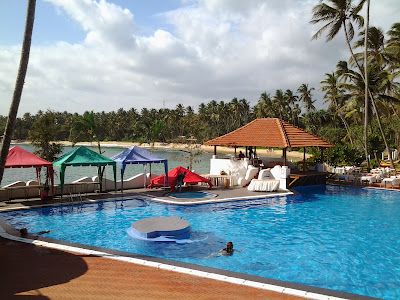 We hurried in, sweaty, dishevelled and ready to explode, and made it just in time! Relief! We couldn’t have wished for a better place to poop! As the bus was long gone, we decided to stay for a drink in the resort, let ourselves recover and then just get a tuk-tuk the rest of the way to Galle. Not the most graceful start to our newest destination, but our spirits were high as we knew things could've ended a lot worse...

As for Galle itself, we love the place! We were staying in the area of Galle Fort - a former Portuguese, then Dutch, then British fortification built right on the seafront, that is now a UNESCO heritage site. As you can imagine, inside the fort itself is very European in style with its quiet cobbled streets and quaint little buildings, and because it's a UNESCO site, it's very clean and well maintained. Just the kind of town we needed to unwind in after a stressful day. 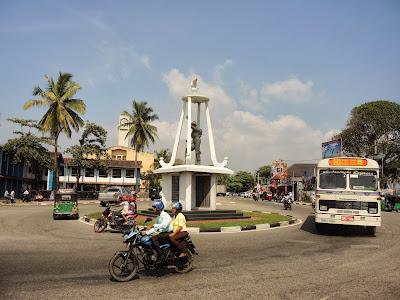 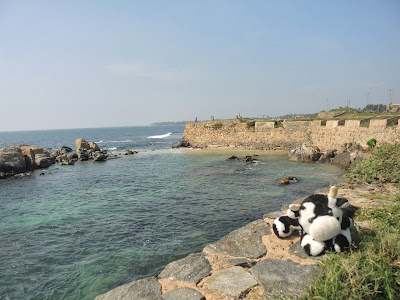 Even the café we visited upon arrival was playing traditional Irish music!

As it was new year’s eve, there was a small carnival in town to enjoy. They’re obviously not used to things like this though, as when the carnival started, with its bright lights and fairground rides, the electricity in the rest of the fort went out! But it all added to the experience, power-outs are always kinda exciting! And a hell of a lot more exciting than the turn of the year, which was simply marked with a pretty lame fireworks show and nothing more. There wasn't even a countdown! I feel like I don't have proper closure on 2013 without one! 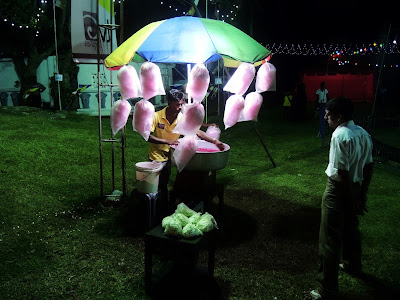 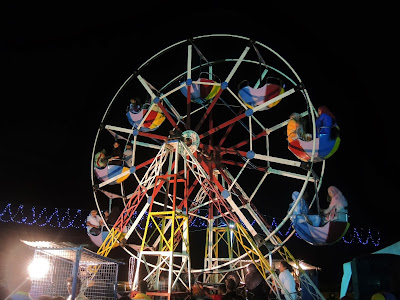 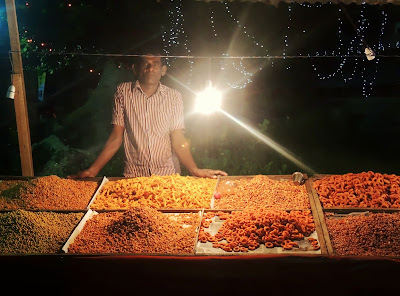 We didn't do a whole lot while in town, as we were both recovering from illness, and Galle just wasn't the type of place to exert yourself too much. There was a lovely relaxing atmosphere in the fort, and a great place just to walk the streets, and take everything in. We also walked along the fort walls, which provided nice, scenic views of the coast and of the rest of the city. 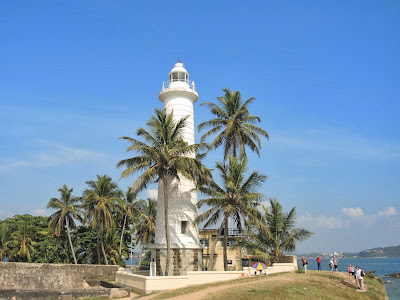 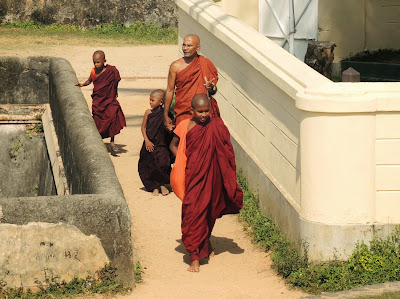 Our journey out of Galle the next morning was certainly smoother than our entry, as we got an early train up to Colombo, and then immediately found our bus to the airport; no delays, no problems, no confusion - a nice way to leave Sri Lanka. We were about three hours early for our flight too so we had time to watch some shows on Aisling's laptop and enough Rupees left to split a sandwich and chips. And make a video diary!

So, that's Sri Lanka done and dusted; a nice country, very friendly people and we've definitely got a few memories to treasure from our time here. 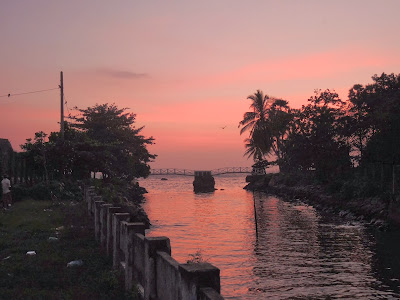 We never expected it to steal the show during these three months, but it served as a nice little two week appetiser for the big guns of India and Nepal. It was relatively touristy but not the same crowd of backpackers you'd usually get; it was mostly middle-aged travellers, about 90% of whom were either French or Russian. So, we're not exactly leaving the country with any blossoming new friendships!

The next time I'll pick up the blog will be inside the walls of another fort, Fort Kochi in southern India. So see you all then!
Posted by Mark O'Leary at 4:32 AM