Ok, this will probably be quite a short blog entry to finish up our summer holidays, partly because it was such a long time ago that I can barely even remember visiting the place, and partly because we didn't really do a whole lot there! In fact, one of the few notes I made from one of the days was "got a bad Subway"... I'm sure that says a lot, not only about what we did in Shanghai, but also, how much we love Subway! (It's really great!).

I don't mean to come across that Shanghai was boring or anything though, we were just on wind-down mode a bit after a summer of travelling and we were also busy looking up new apartments for HK. We did have a lot of fun there and saw some great things. I mean, just look at that for a view! 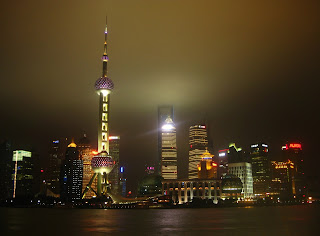 We arrived in on a night train from Beijing, and literally, as soon as we arrived, the people became a whole lot nicer! A girl directed us to the metro station, a guy asked us if we needed help buying tickets, and this was all completely off the cuff! We didn't even ask for their help! We also saw a young boy pissing into a bin; which, fair enough, isn't ideal, but at least he's trying! It's a start. Beijing, take note!

The Bund (as seen above) is the main attraction of the city and was quite near to our hostel so we went there a few times, just to walk around and take pics. In terms of skyline, it's right up there with the nicest we've seen. Better than Hong Kong though? Hmmm...

On our first night while visiting The Bund, three Arabian men came up to us asking if we would take a picture of them. Of course, we were only too happy to help, but it turned out they wanted us to take a picture of each of them, individually... We did it, but at the time we were thinking, 'did you really need us for this...?'.

As it turns out, according to some beliefs, Muslims aren't allowed to take pictures of people! Who knew?! The Quran must have been way ahead of its time to forbid the use of digital cameras! Although, now that I think of it, I'm the one who actually took the picture of them... if Islam turns out to be the one true faith, I'm in sooo much trouble...! 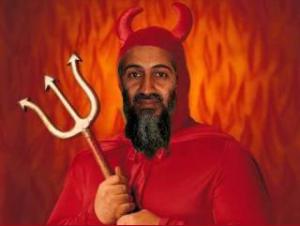 As I said before, we didn't do a whole lot here, but it's a nice city in itself, just to be in, even if you're not doing anything in particular. Shanghai was historically a major hub for European traders, so the city is a real melting pot of culture and architecture, between the traditional Chinese, classical European and, in the last 20 years, the strangely futuristic. 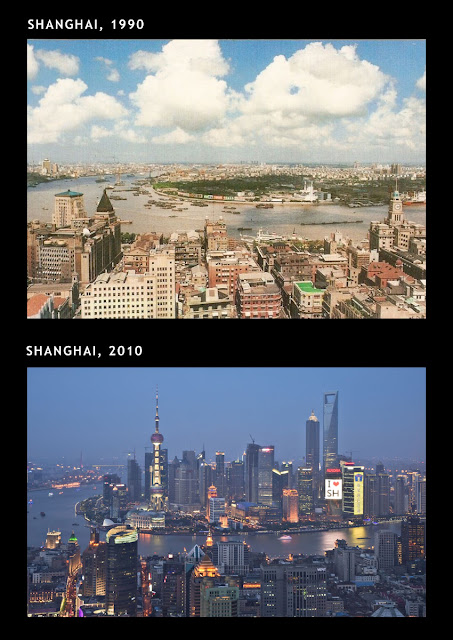 One of the few things we actually did do in Shanghai was go to an incredible show called Era: Intersection of Time. It was so entertaining! One of the best shows of any description I've ever seen. It was basically a variety show of all different types of acrobatics and stunts. It was amazing. You weren't allowed to take pictures though, but I managed to get off a few sneaky ones. 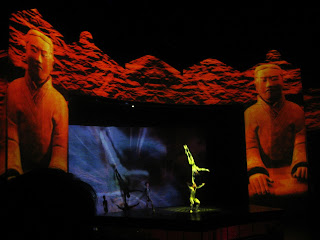 The only other thing of note from our time here was on our way to the airport. Instead of getting the train or bus like regular 20th century folk would do, we climbed aboard the Maglev and went for a ride - into the future! The Maglev, or magnetic levitation, will probably be the next big thing in the world of transport for the coming century, so it was cool to take a spin before it hits the mainstream, just so we can be real travel hipsters! Due to the fact that the train carriage is floating on a kind of magnetic cushion of air, there's no friction or bumps or ups and downs, even though you're travelling at speeds of up to 430 km/h. 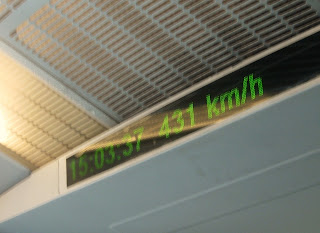 Speeds of 431 km/h in fact! We were going so fast, the pictures even came out a bit blurry! Or else I just couldn't hold the camera properly...

This kind of technology will more than likely revolutionise long distance transport by taking people out of the air and putting them back on the ground (or just above the ground). Although, having said that, the Shanghai Maglev - the only commercially operated line in the world - cost over a billion dollars to build, so we've some way to go before these things spread worldwide. Hopefully, they'll be popping up in a city near you in the next few decades though, which means Ireland will probably get its first Maglev some time in the 23rd century! (We still don't even have an underground for God's sake! Even North Korea has a metro line, two of them! And they were built 40 years ago!) 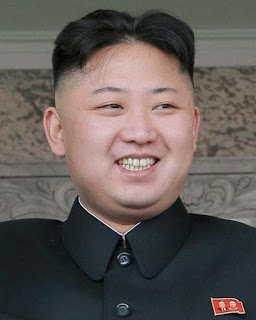 
We made a video diary too, our last of the summer, on the Maglev, so have a watch of that!

And that's the end! 10 weeks of travelling (and 10 months of writing!). Next up will be our Christmas holidays in Lake Toba (been and gone), and then Chinese New Year in Boracay (also been and gone!). Just up to date in time for another summer of frolicking around the Orient (still to come!). Thanks for reading! :)
Posted by Mark O'Leary at 7:47 AM