Welcome to a pre-Christmas, bonus entry of the blog! Since our summer travels, we've been working hard - inspiring a generation of young Hong Kongers - but we have treated ourselves to a couple of weekends away up in the mainland. Firstly, Shenzhen, and then Guangzhou, two cities in the south of China, and strangely enough, after almost a year in HK, our first journeys across the border. So I guess technically... new country! 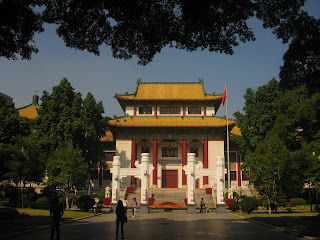 Our first venture up north was to Shenzhen in late October, a city just over the HK border, so less than an hour and a half from our front door. Although, it ended up taking us quite a bit longer...

You see, even though we're Hong Kong residents, you still need a visa to travel to the mainland, a visa that I had (because I'm so good and organised) but Aisling didn't. We had read online that there was a chance you could get a special temporary visa at the border if you're only going to Shenzhen, so we said we'd risk it. Alas, at the Lok Ma Chau border crossing, we were embarrassingly turned away at the immigration desk and had to do a walk of shame back into HK. Our weekend away had ended before it had even begun! We were told though, by a very helpful worker, that we might be able to get one at the other crossing point, about ten minutes down the road in Lo Wu. And he was right! Our Chinese weekend was back on track! 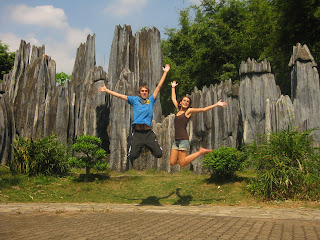 We only had like a day and a half here, so we just looked up a couple of things to visit - Window of the World and Splendid China - two miniature theme parks. The former with wonders from around the world - mini Leaning Tower, mini Statue of Liberty etc. and the latter with all of China's landmarks - mini Great Wall, mini Terracotta Warriors and all that kind of thing. They both just happened to be down the road from each other too, and we found a lovely and cheap hotel nearby, so we really had to do very little travelling all weekend. In the end, we may have only seen a small part of Shenzhen, but we saw so much of the world! 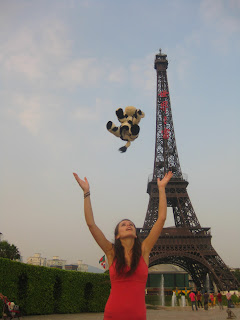 So, the first day after we arrived and got settled, we headed straight to Window of the World. And I've got to say, we loved the place! Yes, it was tacky and some of the miniatures were pretty poor, but we had a brilliant time! It's a great idea I think, as most people won't get a chance to see these places in the flesh. If it was done a bit better and given a bit more space, it could be excellent. We still had a laugh though (and got some amount of photos for the Frankie album too!). 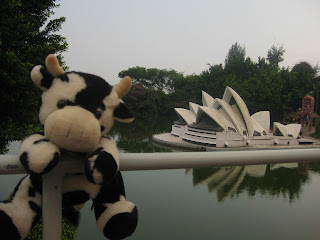 The next day we went to Splendid China. As I said, it was pretty much the same thing again, just with Chinese landmarks. We didn't even recognise most of them, but it was still fun! And probably better laid out than Window of the World. It gave us a few places to note too when we do eventually make it up to see the rest of China. And spending the weekend walking around these miniature theme parks, not only made us feel like giants... 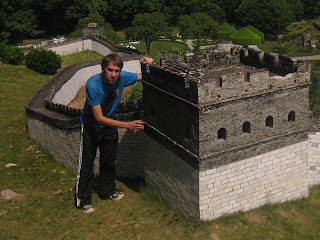 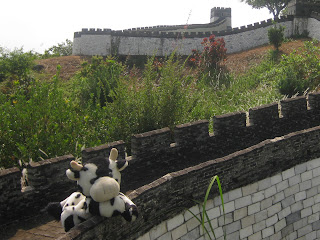 In Splendid China, there was also a cultural village where you could see different Chinese practices and ways of life. It was mildly interesting, but we did go to see an ancient battle reenactment on horseback, which was pretty entertaining. Most of the entertainment came from what went wrong rather than what went right, but it was still good fun. 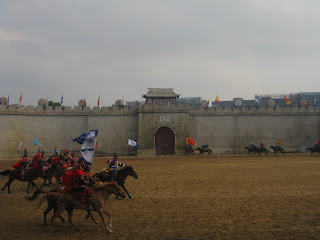 And here's a brief video diary from our time in Shenzhen - http://www.youtube.com/watch?v=cnTd14v6Ddo

Our next Chinese outing was in November, a tiny bit further afield this time, with a two hour train ride to Guangzhou. We had a more chilled-out weekend this time, just strolling around the city and visiting some nice parks and temples. Our first stop was the Canton Tower - the second tallest tower in the world. Guangzhou is a really beautiful city, so it was nice to look over it from 1,500 feet up. 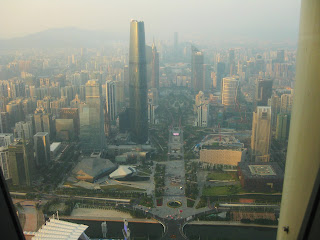 We arrived there in the late afternoon, so just in time to check out the views by daylight, and after that enjoyed a nice stroll along the riverside, to see everything all lit up at night. 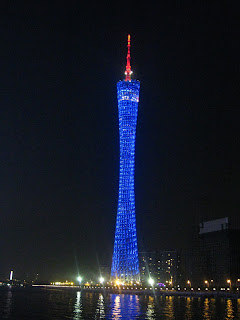 The next morning, we headed to Shamian Island, which was probably the highlight of the trip for me. It was nothing like we had seen before on this side of the world. It was just so... European! No surprise then that the island was a 19th century trading hub for European merchants in China. Even though the surroundings were so familiar to us, it felt so out of place! Nice, quiet cobbled streets, pillars, statues, churches - we really could have been anywhere from Madrid to Moscow! 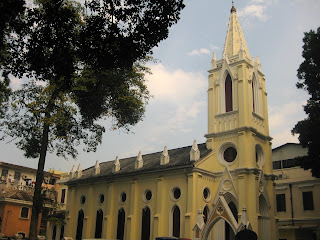 Well, except for all the Asians...

Actually, speaking of which, there weren't just regular Asians roaming the streets of Shamian Island that day, but endless waves of Asian brides and grooms! I don't know where they all came from! Did they all just happen to get married at the same time? Did they just come here to get their pictures taken? Who knows! I'm not complaining though, it all added to the classic atmosphere of the place. 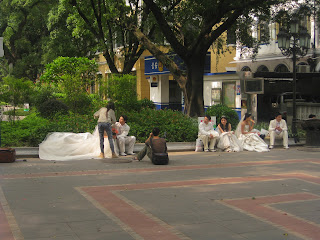 After lunch, we spent the rest of the evening strolling around the city, visiting the Sun Yat Sen Memorial, Guangxiao Temple and Liurong Temple (aka The Temple of Six Banyan Trees). They were all stunningly beautiful and really well maintained and preserved, but my favourite was probably Liurong Temple. It was kinda hard to find, but definitely worth the effort. I just love the look of the old style Chinese tiered pagodas. 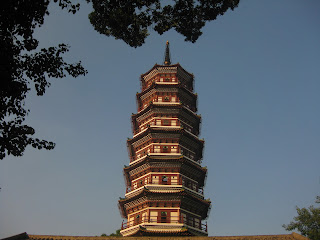 Guangxiao Temple had a great ambiance to it as well, and there were even monks chanting away inside as we walked along. Here's a video if you're interested:


http://www.youtube.com/watch?v=FhMyyDYcSjA
We forgot to make a proper video diary for our stay in Guangzhou, and we did intend to. We even have an introductory video from the train station before we left HK!

http://www.youtube.com/watch?v=4yZu13xpS-Y
So that's all there is. We're completely up to date now, and just in time as we fly out to the Philippines tomorrow night! Thanks for reading everyone and we'll see you all in the new year! :)
Posted by Mark O'Leary at 4:26 AM