Udaipur, aka The White City, aka The City of Lakes, aka Venice of the East (it has a lot of nicknames), was stop number 13 of our final travel stint in Asia; unlucky for some, but certainly not for us! It was a lovely little town, with a nice relaxed atmosphere, where you could easily let a week slip by without even noticing. We didn't really have that luxury, but we lapped up the three days we did spend here. There's just something about being by the waterside that's good for the soul. 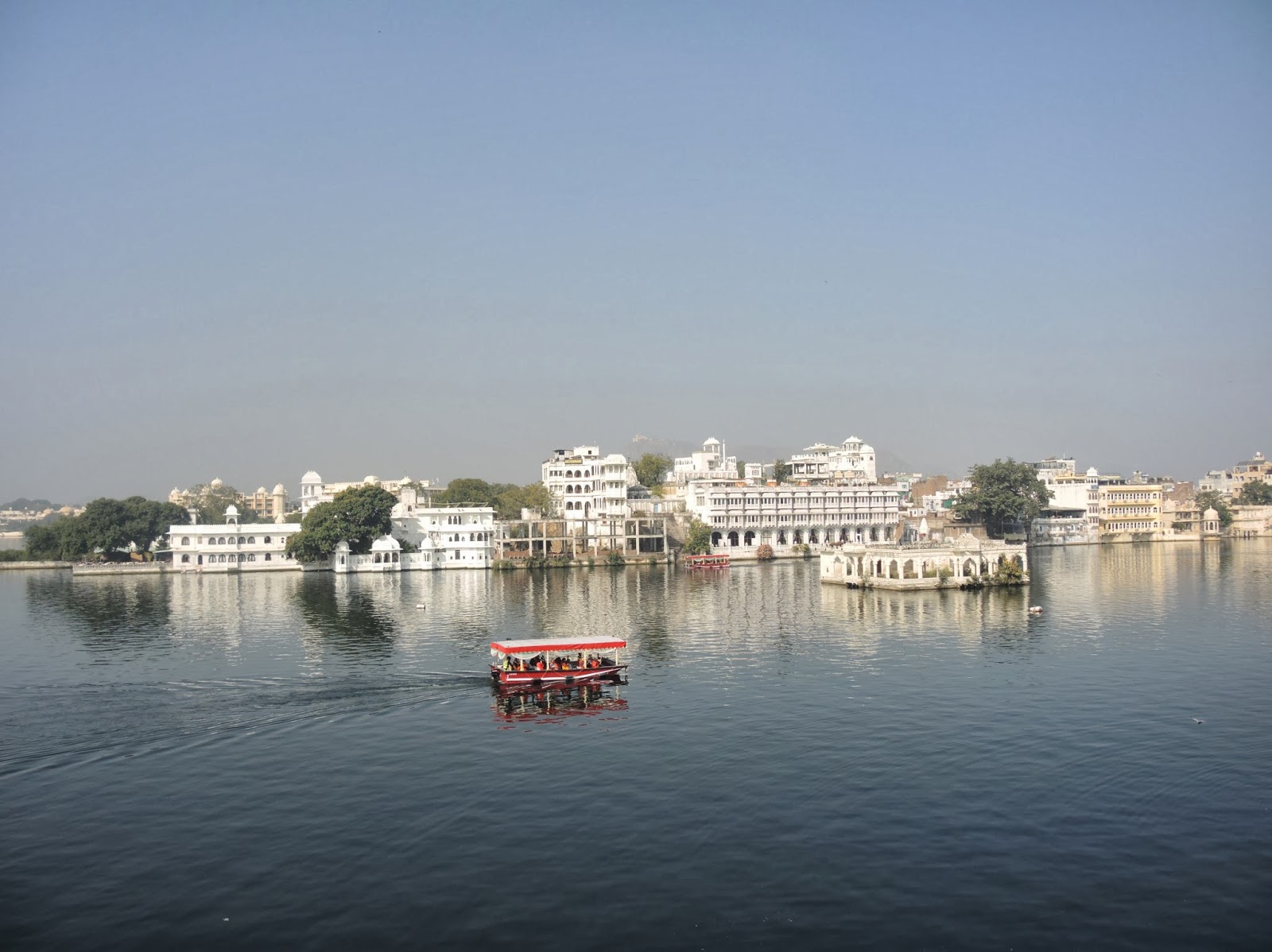 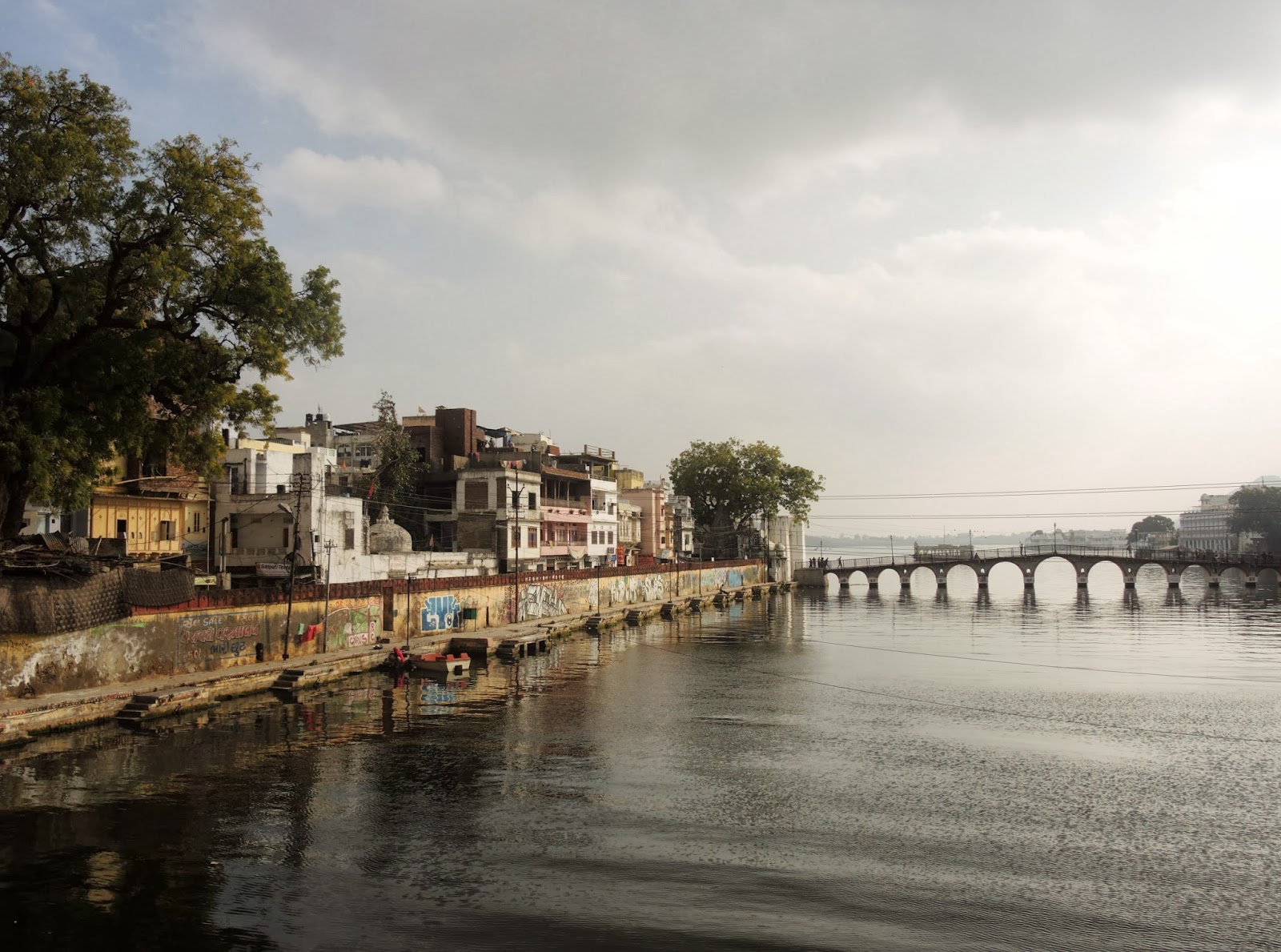 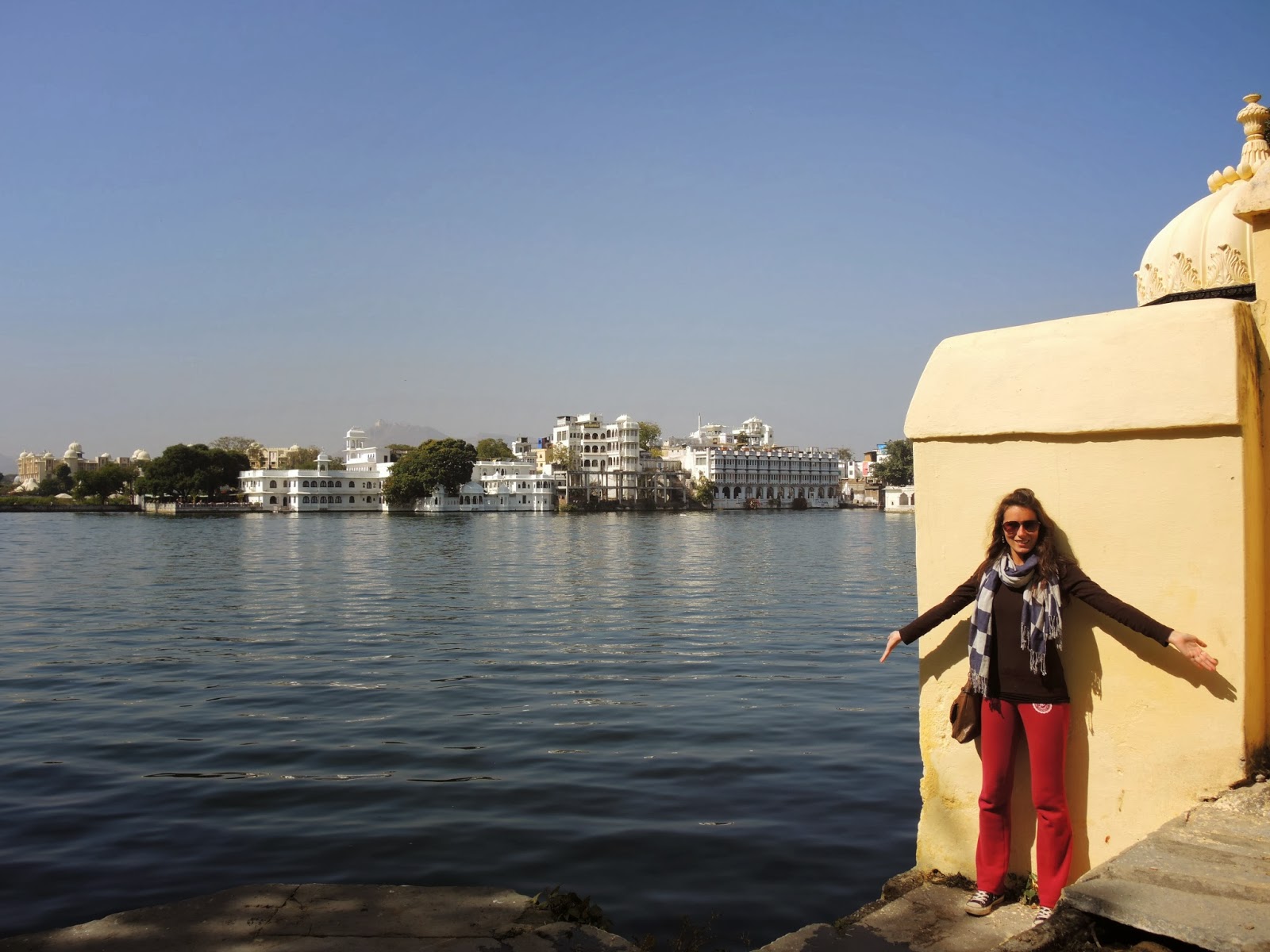 We arrived in Udaipur after a quick flight up from Mumbai. Although the flight itself was only an hour long, the whole thing added up to four and a half hours door to door, between getting to and from the airports, waiting around for our flight itself, check-in, baggage etc. On reflection, night trains are probably the better option of the two, even though they take much longer, you actually do get a good sleep, and the train stations are usually very central, as opposed to airports. In fact, as soon as we arrived at our accommodation, the first thing we did was take a nap for four hours!

So, the day finally started for us that afternoon as we took a wander around town, first paying a visit to the nearby Jagdish Temple, which was quite nice, but only really notable for this statue! 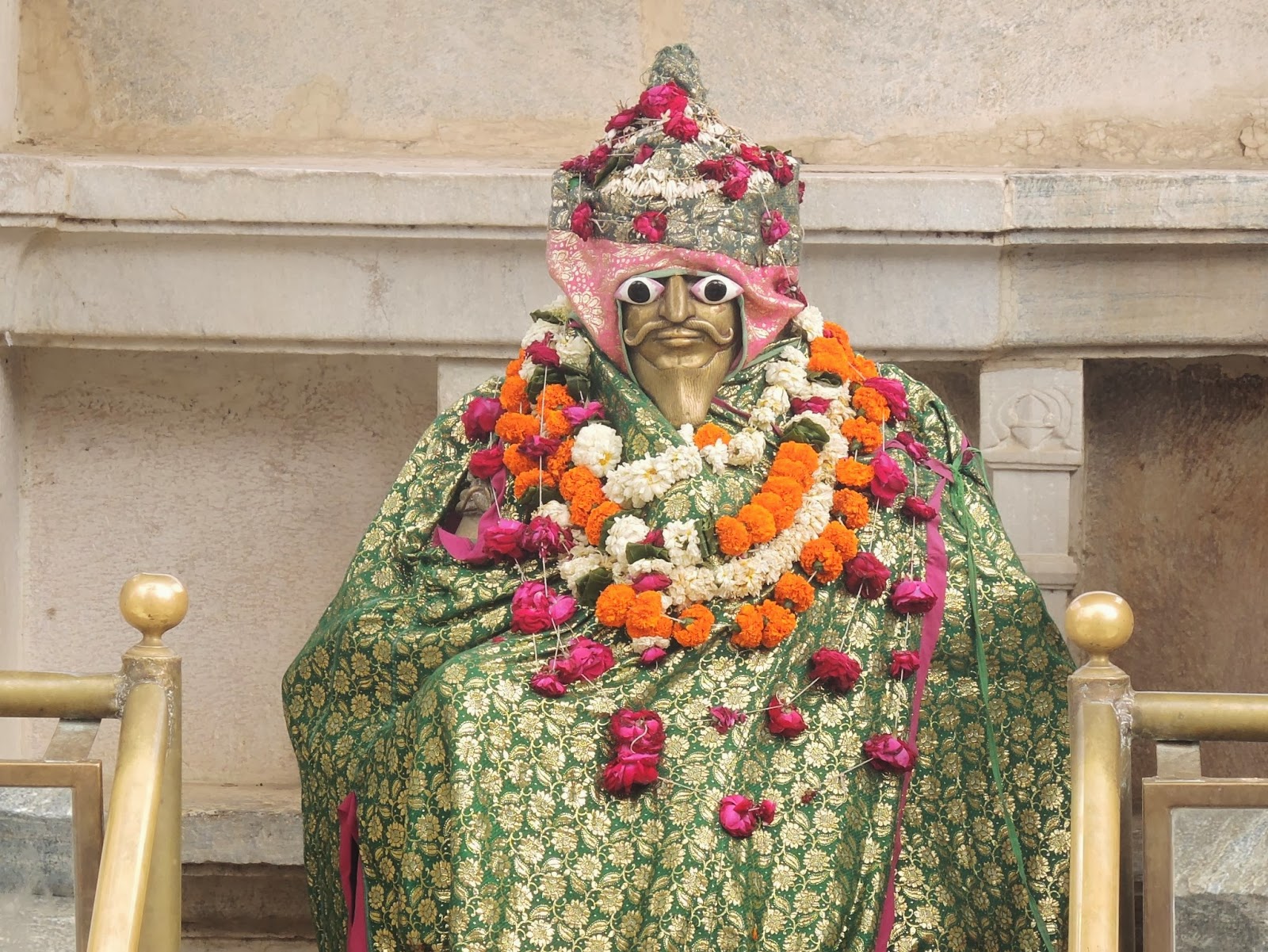 I don't know how anyone can keep a straight face while praying to this guy. He looks like Phil Lynott!

Afterwards, we walked to the main feature of the Udaipur landscape - the City Palace, only to be told by one of the security guards that it was closed for the Prince's Wedding! That sounded like a pretty made-up excuse to us. You get things like this sometimes, where people will tell you something is closed, and then a waiting rickshaw driver will swoop in and offer to take you somewhere else instead. We were having none of it, so walked around to a different gate... and then another... and as it turned out, the Prince actually was getting married! Oops! Glad we didn't scale the wall and accidentally crash the wedding in our disbelief! 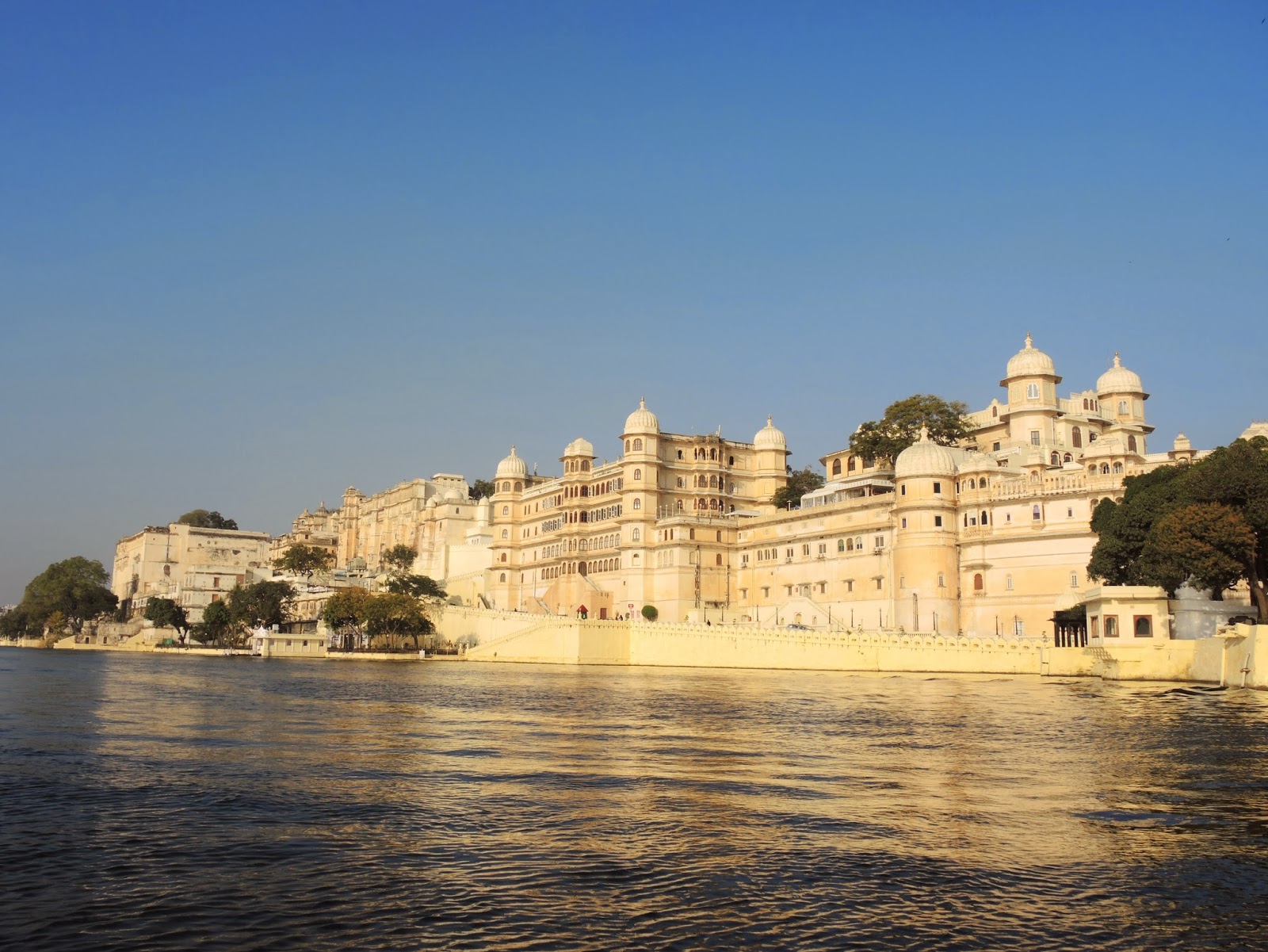 And because of the wedding, the Palace was closed for two whole days! It's a good thing we had rationed ourselves three here, or we would've been cursing our bad luck.

We were in no rush anyway, which was good because it's not the kind of town to be in a rush. We just sauntered about to nowhere in particular. We did see a hotel advertising an Octopussy Show every evening. Kinda strange that they would be showing any James Bond movie, never mind the same one every night! It was only later on when we saw a few other places offering the same thing that we suspected that there must be something about this movie that we’re missing... (either that, or we complete misunderstood the phrase ‘Octopussy Show'!). 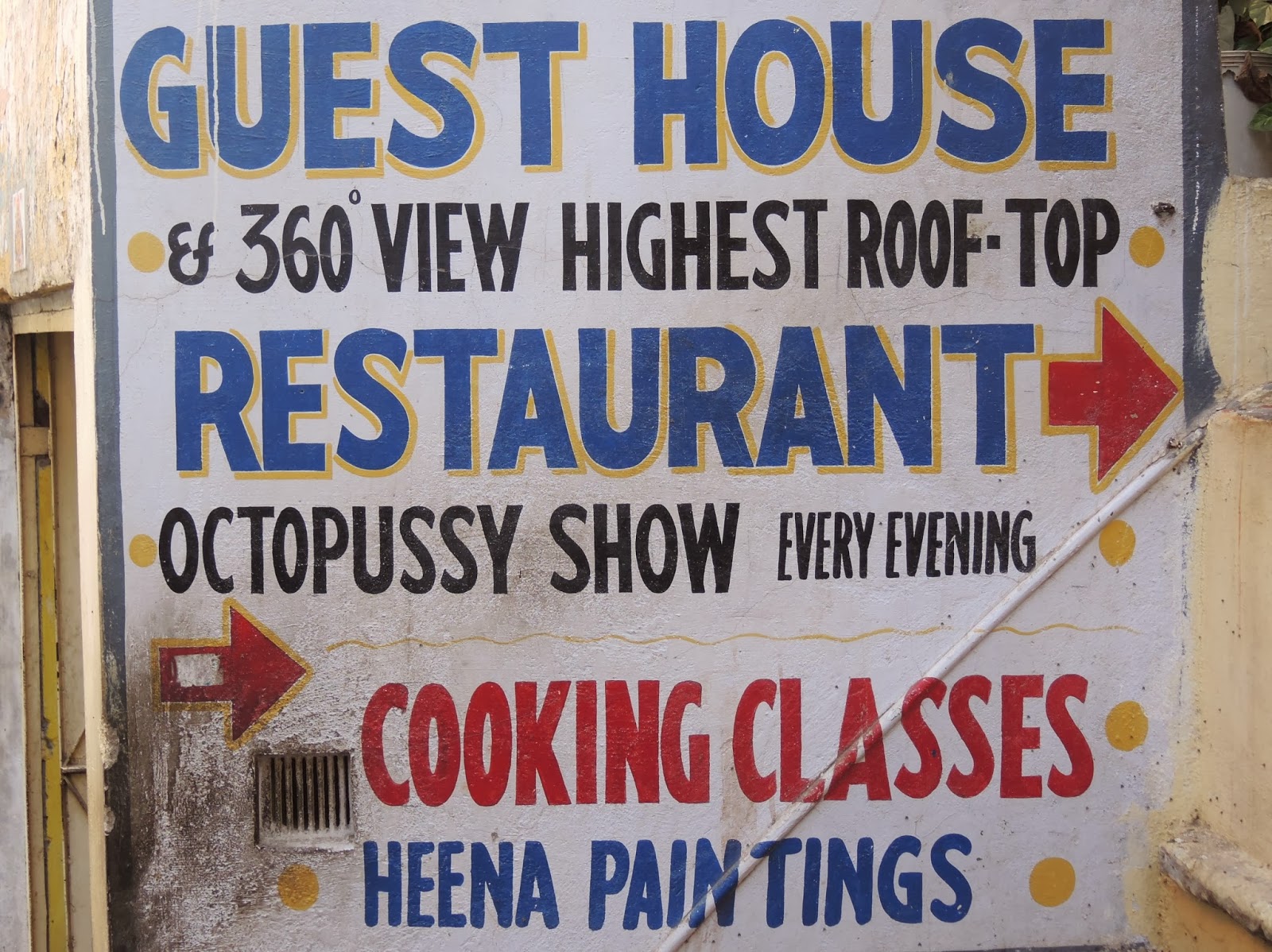 As it turns out, it was completely innocent and the movie Octopussy was actually filmed here in Udaipur! We’ve never seen it so it didn’t really ring any bells. In fact, we still haven't seen it, so even now it's not really familiar!

We finished the afternoon with a boat tour of the lake for sunset, which would be a fitting end to any day, but it wasn't over yet! We hold Udaipur in such high regard, partly due to the lovely scenery and stress-free ambiance, but another major factor in our top class stay here was the food! We pretty much camped ourselves in the one restaurant for our entire stay in town, and I'd do it all over again! Big recommendation for the Jagat Niwas Hotel (we didn't even stay there!), by far the nicest food of the trip and well up there with the nicest ever. And the view takes some beating too! 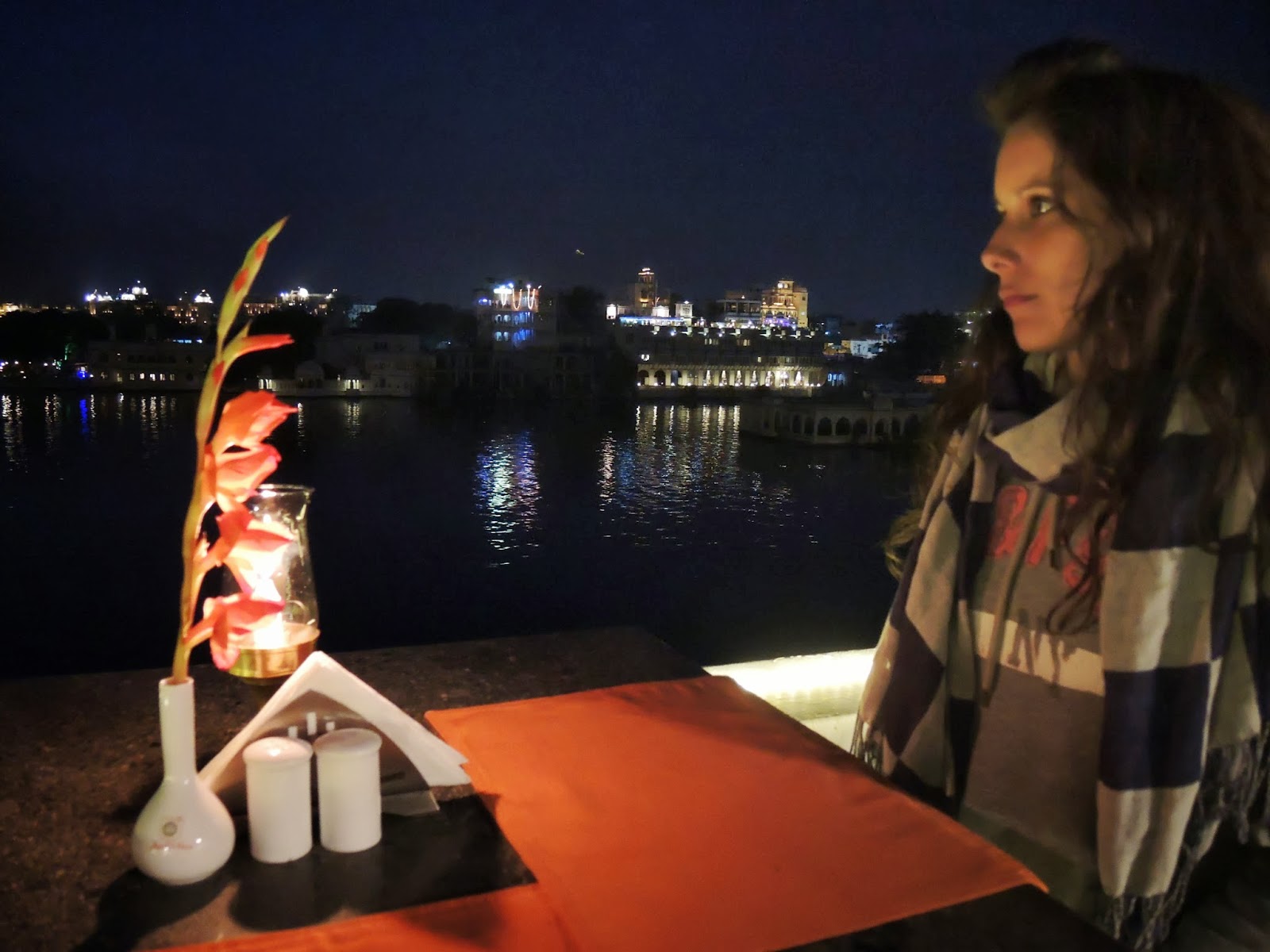 We've been very good so far on this trip for eating local food, something that we probably don’t do often enough on our travels, but it certainly helps that we love Indian food anyway!

On our second day, we went on a little excursion to Chittargarh Fort, about 2 and a half hours away by bus. It was definitely worth the trip though to, what is, the biggest fort in India, and because of its size, we hired a rickshaw driver to chauffeur us around the grounds for the afternoon. 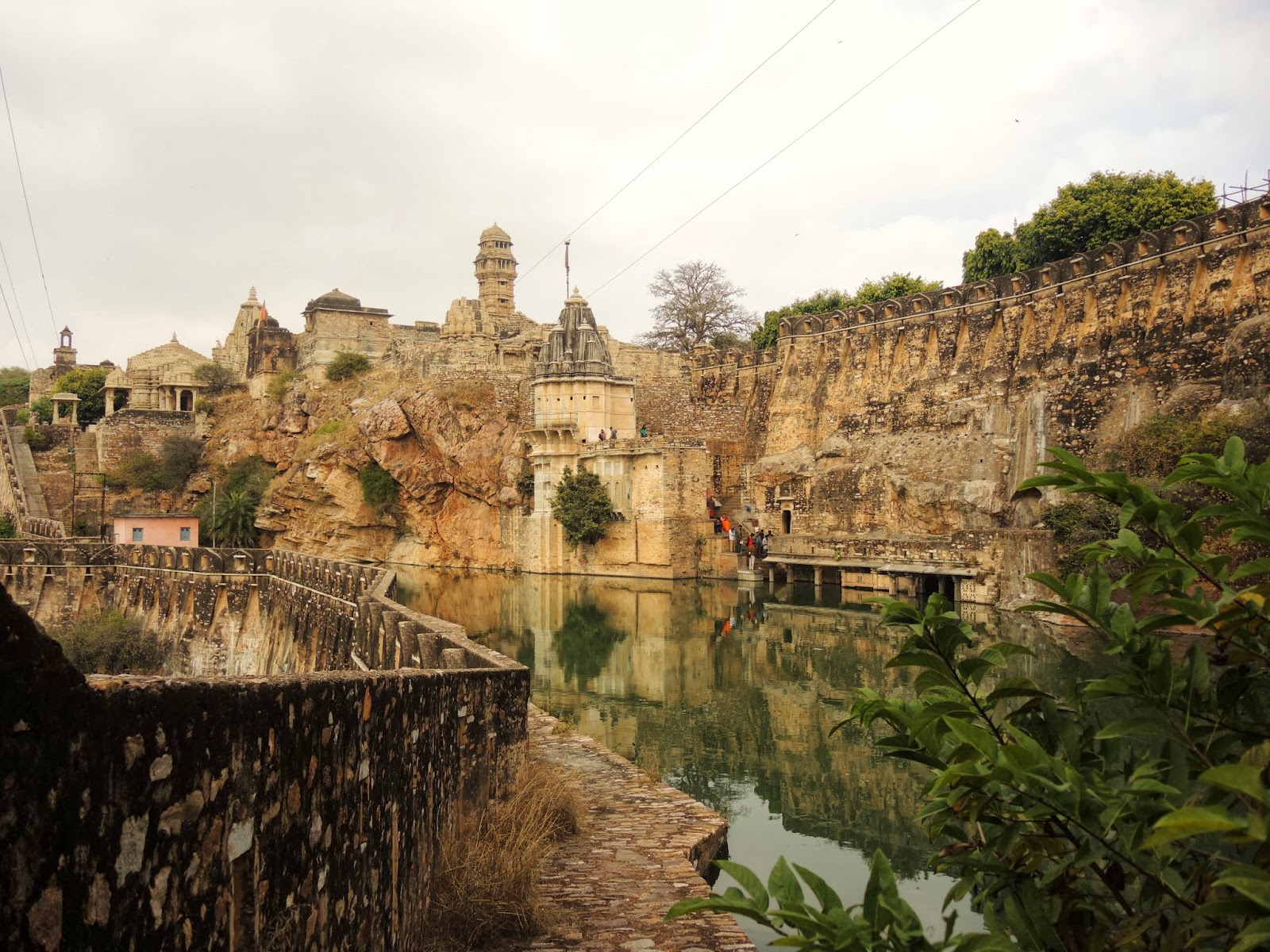 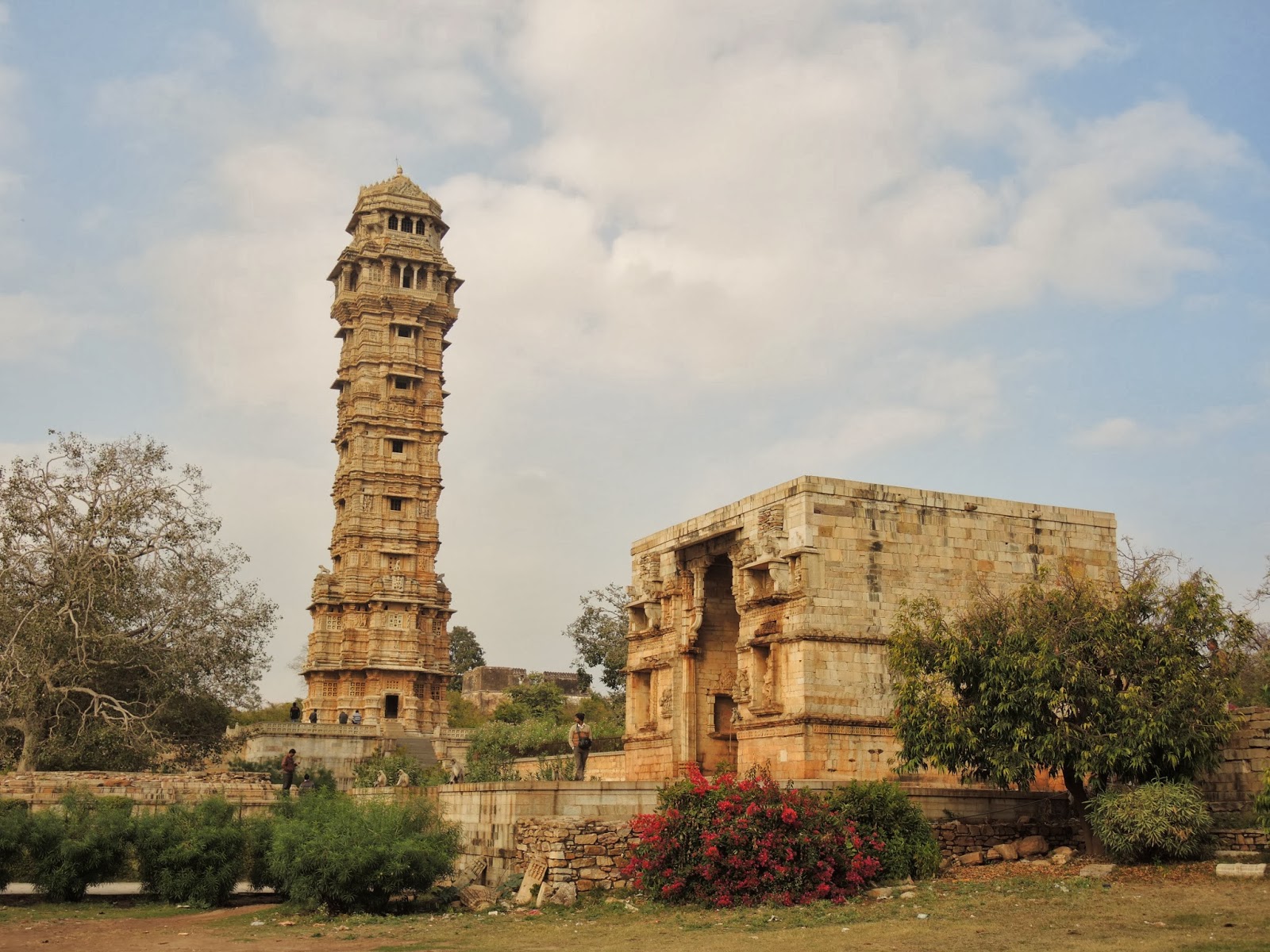 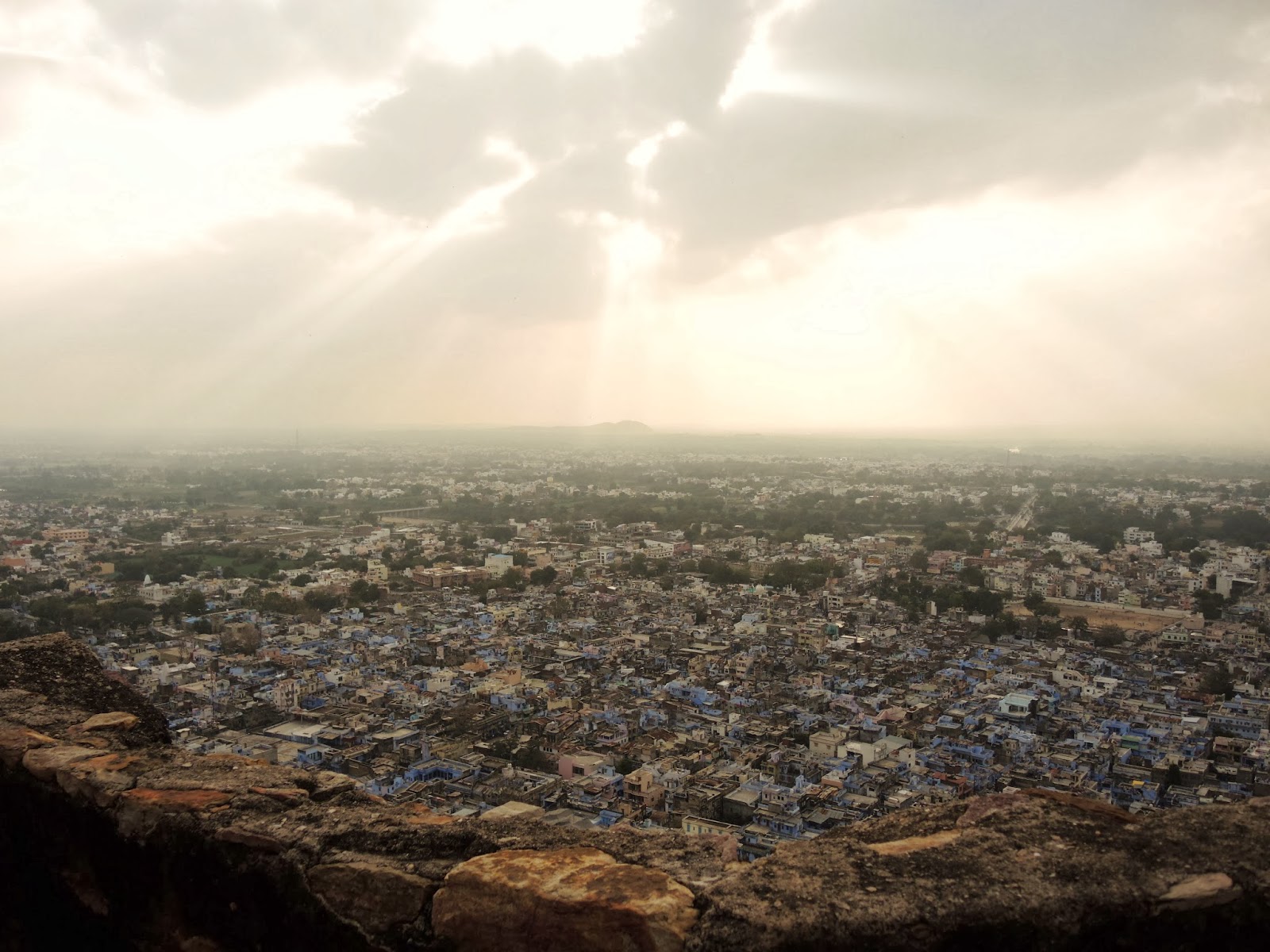 The fort itself was very nice, and it also afforded great views over the city below which, like Jodhpur (our next stop after this), has a huge number of blue buildings, making for quite a surreal cityscape.

Day 3, our last in town, and the royal wedding was finally over, so we got to see the inner workings of the City Palace. We spent the morning walking around inside and it's actually very nice with great views of the city too. 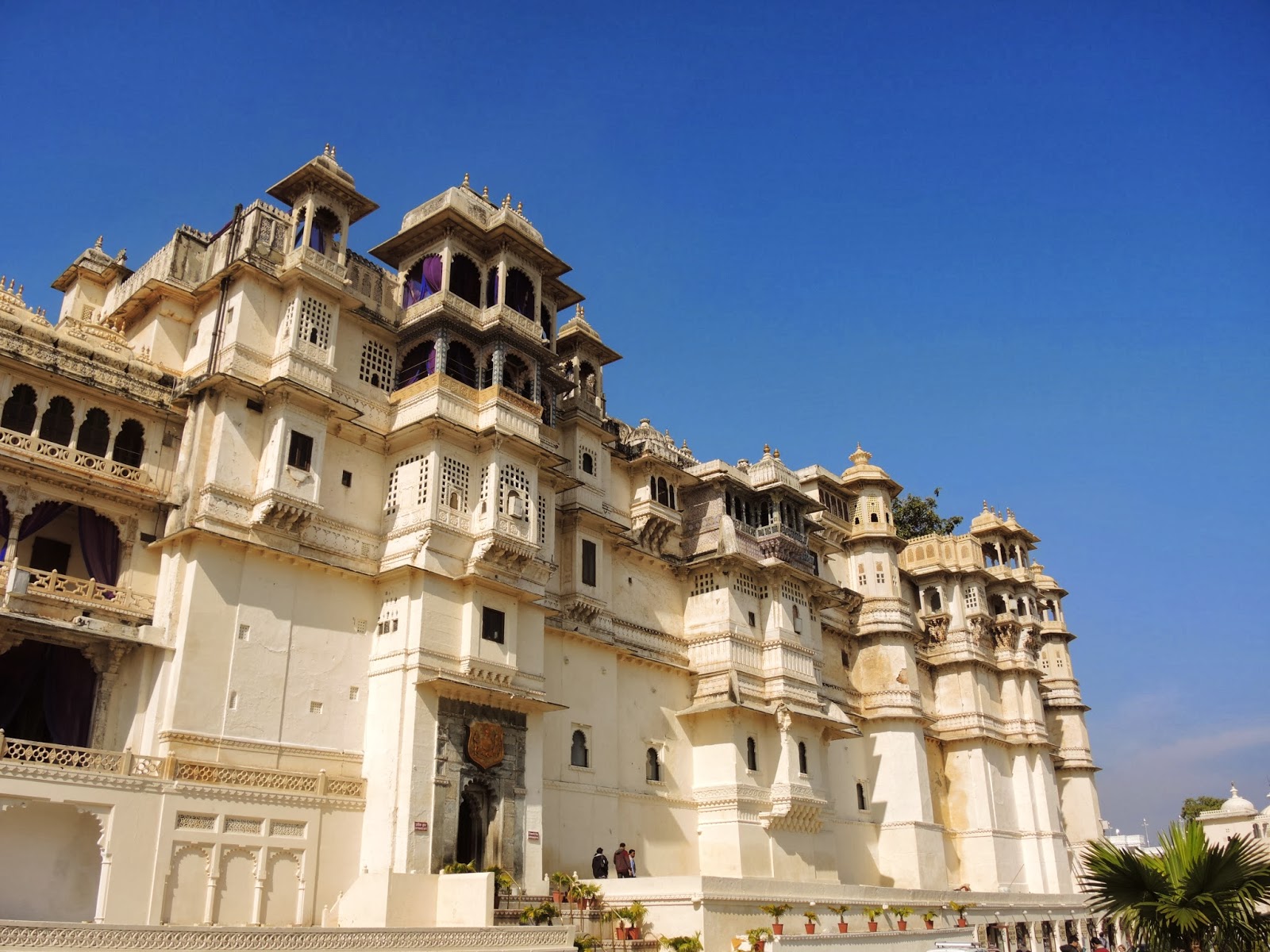 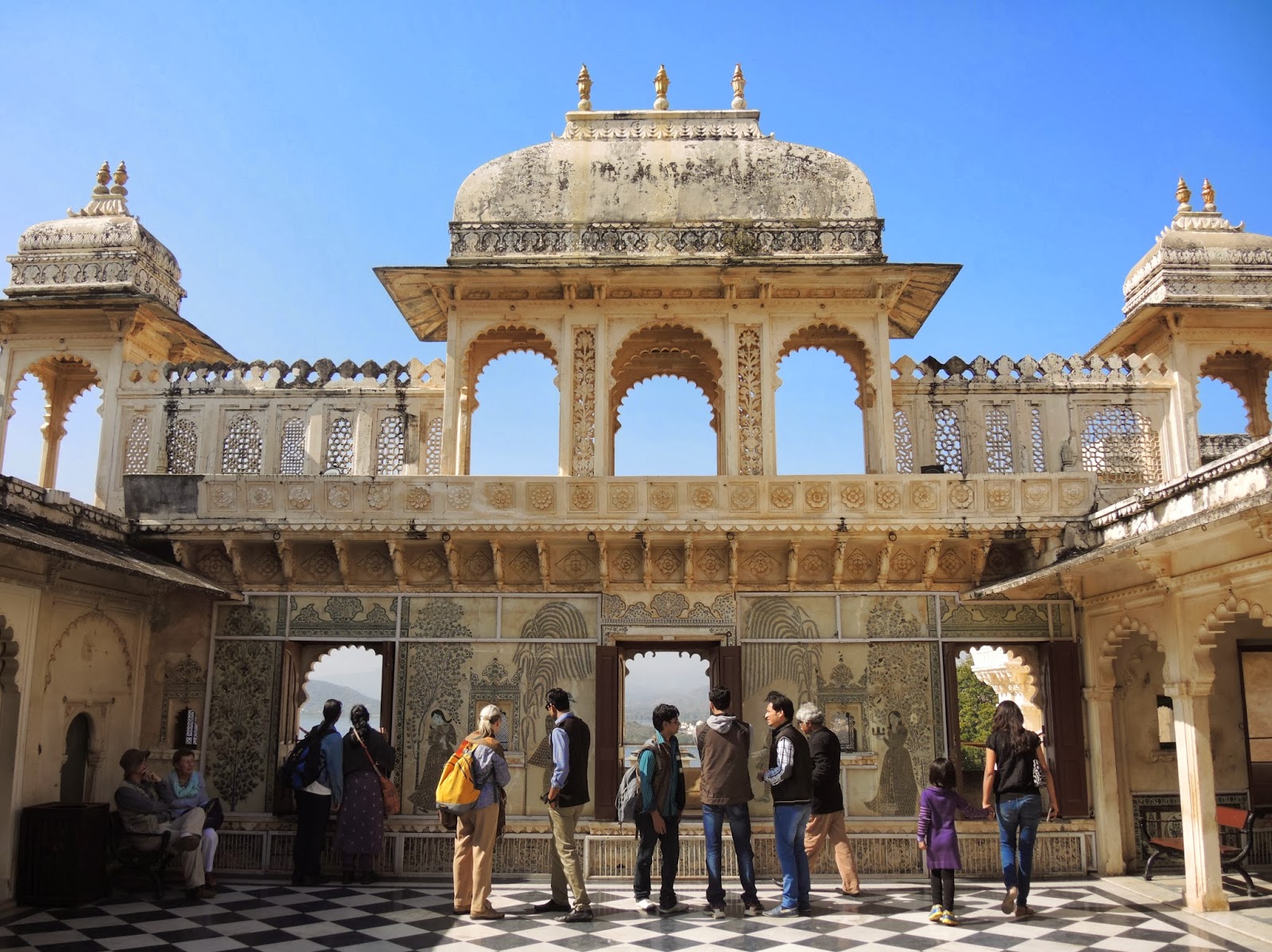 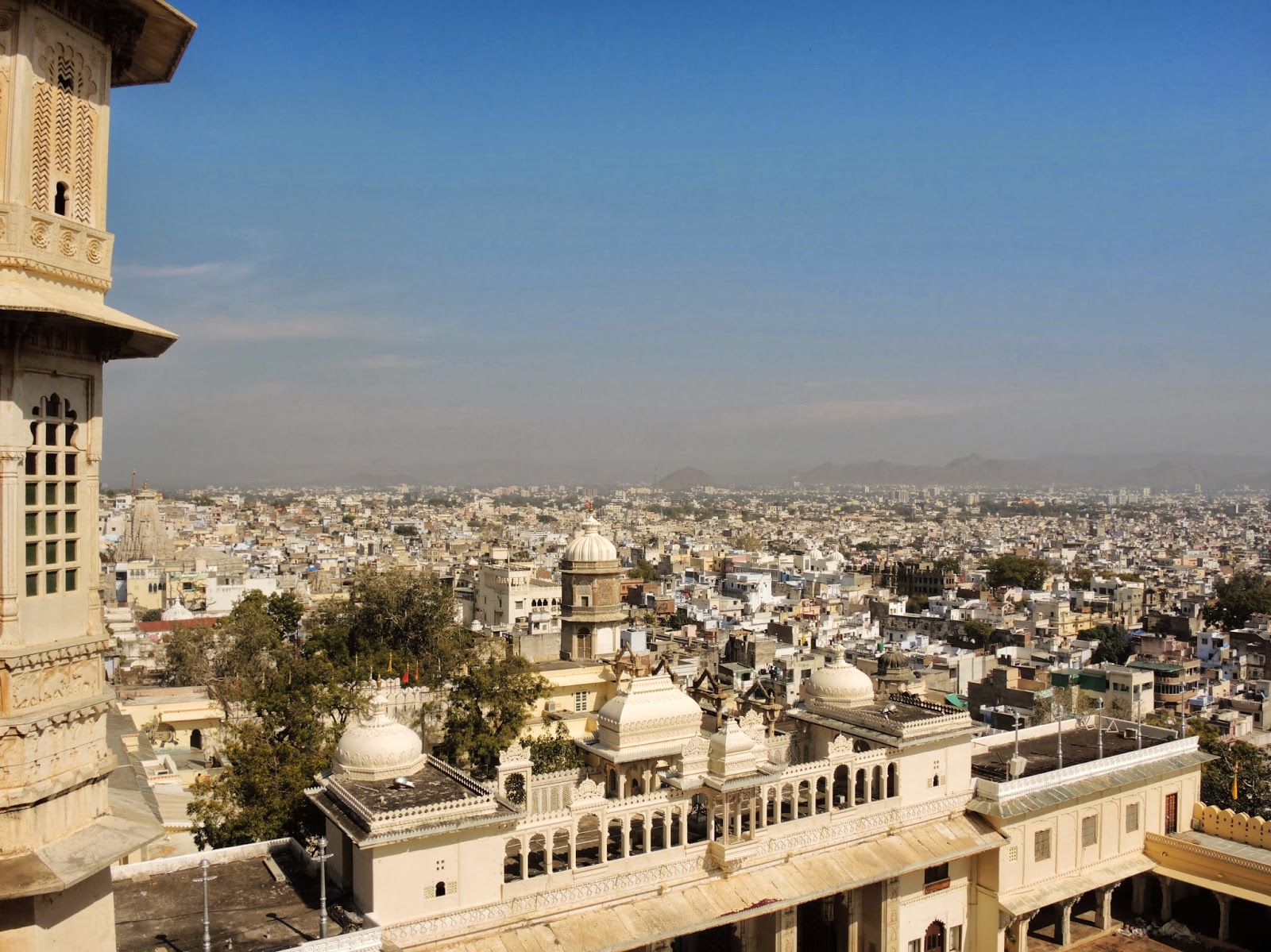 It doesn't look like an Indian city at all really, does it? Far too classy!


I have to say, even though Udaipur was super, I think a lot of that was down to where we were staying, and I don’t mean our accommodation (which was also very nice), but the area of Lal Ghat – a quiet cul-de-sac that leads onto the lakefront. It had a variety of cool little cafes and shops, a good neighbourhood to be in, and away from any bit of hustle and bustle in town. I think the same was true for Mumbai, in terms of where in the city we were staying, and I think something like that (especially if you only have a couple of days in town) can have a huge influence on your experience and your lasting impression.

Being honest, it’s probably true for one of our least favourite destinations (and one of our first too), Phuket. The area where we were situated wasn’t nice at all and it gave us a very bad opinion of the island as a whole, which is perhaps a bit unfair on reflection. Maybe we’ll have to go back again some time to give it a second chance... 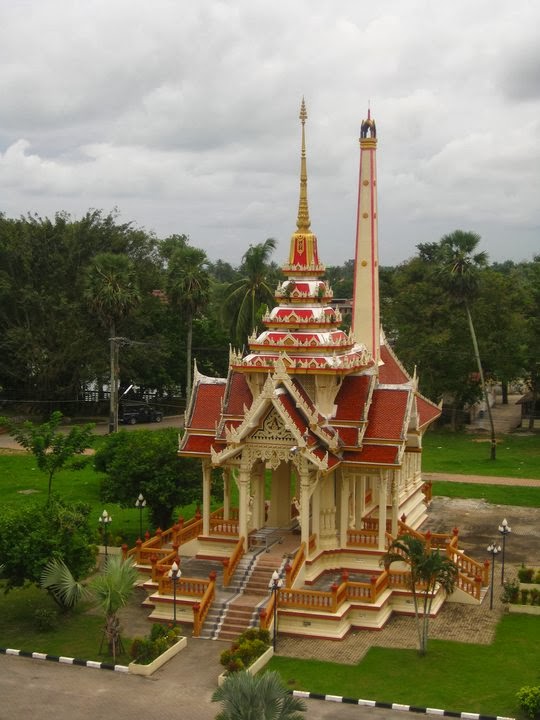 Manila is still hell on Earth though, no second chances there!

Back to Udaipur, and next up was the Monsoon Palace which, as a building, isn't at all impressive and completely rundown, but it’s located on a cliff that overlooks the whole of the city, so it's definitely worth visiting for the incredible views. It’s actually in some animal reserve park (although we didn’t really see any animals...) and at first we thought that our driver had taken us to the wrong place. But once you buy your ticket at the entrance, you get in a jeep and it takes you up the long and winding hills to the palace and viewpoint. 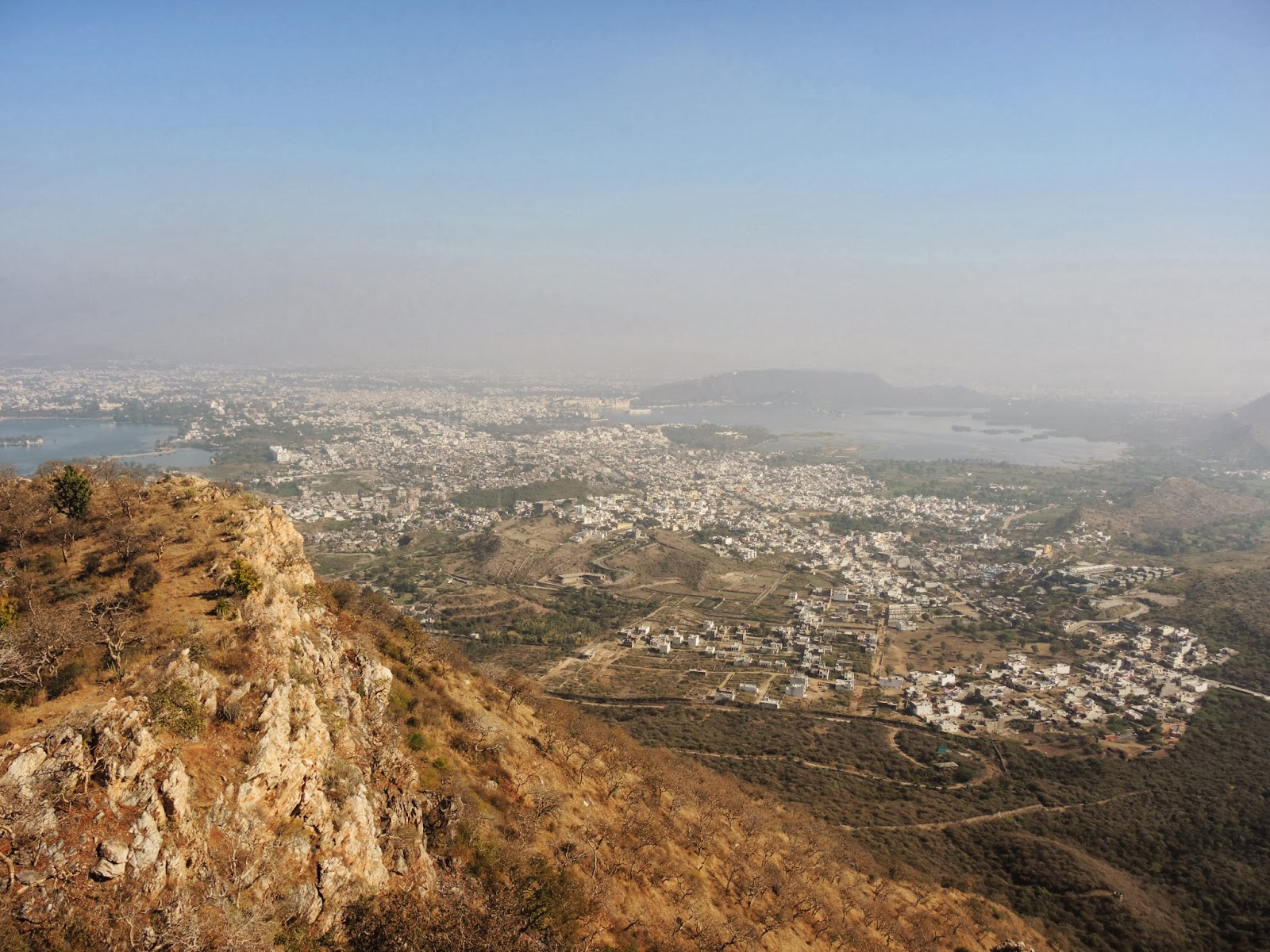 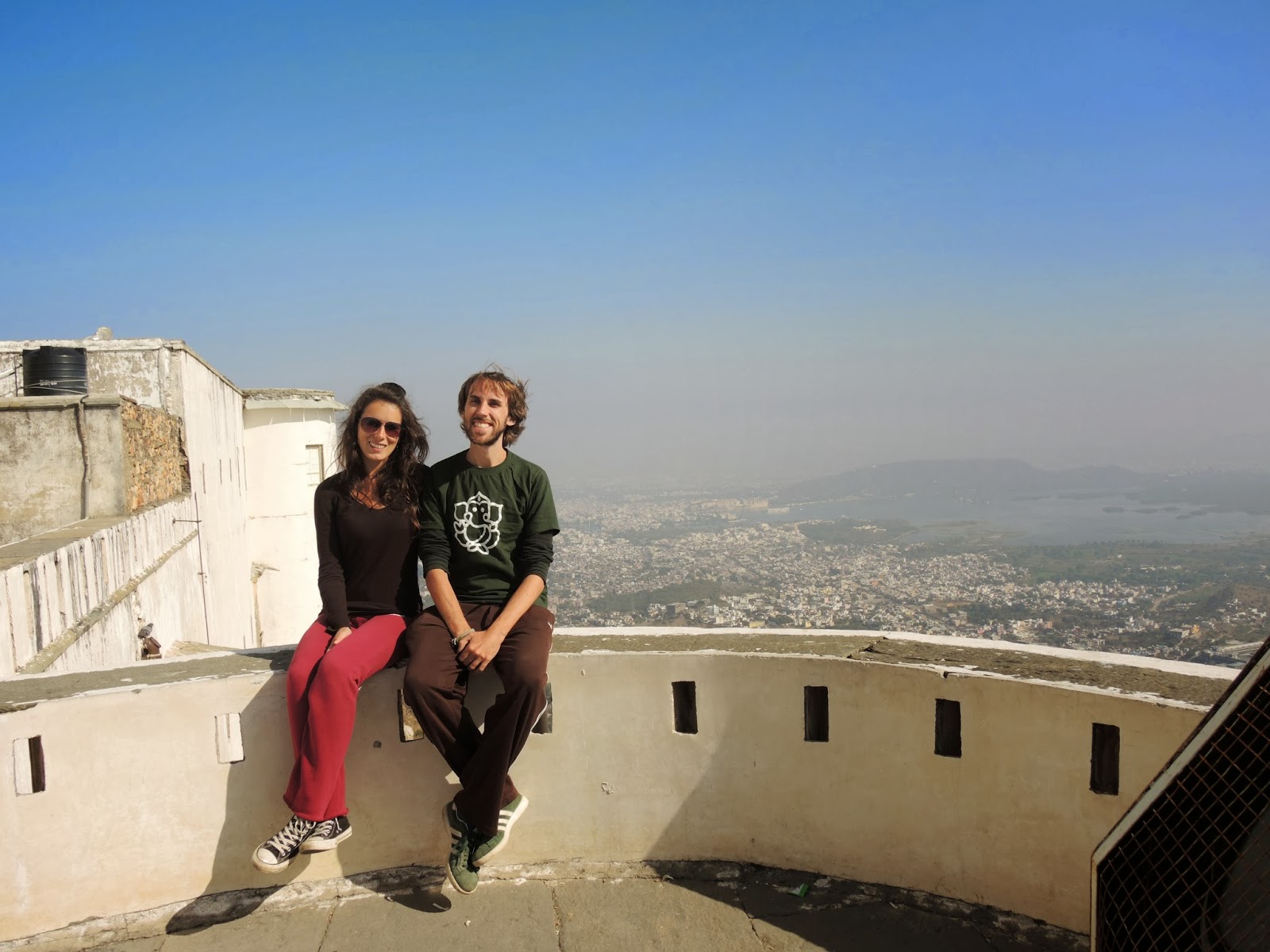 When we came back down, we went on the boat tour again, as it was cheap, right next to us, and we had the evening to kill anyway before we left that night. It was good to see it in full daylight too, as well as just sunset.

And here's another video diary from the roof of our hotel, another spot with lovely views!
-
http://www.youtube.com/watch?v=Y129Pd4R0mU

We certainly kept ourselves busy anyway until it was time to leave that night, not by train, but by bus; our first (and last) night bus in India. We had kinda been dreading it ever since we arrived in the country, and for good reason as things panned out! Our next blog will be from Jodhpur (if indeed we made it there in one piece). You'll just have to tune in next time to find out!