Stop number 3 is here and we're back once more to Kandy. We spent half a day in town previously before continuing on northwards, so we have already had a little taster. But now Kandy is taking centre stage, and it's time for us to have a full on sugar rush! 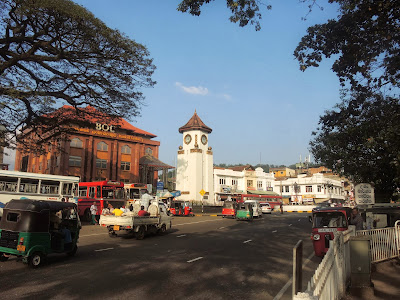 This is Sri Lanka's second city, but you certainly wouldn't know it. The country as a whole has a pretty sizeable population of just over 20 million, so you'd think we'd have a bustling metropolis on our hands, but no. There are little over 100,000 people in the city, and after spending a couple of days here, even that figure seems a bit high. It was just a pretty laid-back, lakeside town, with no big city notions. 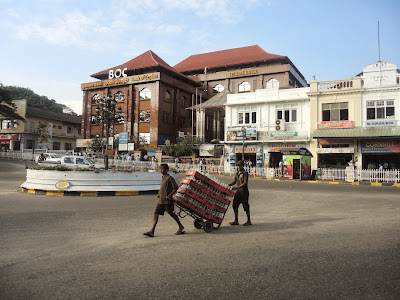 Kandy is also famous for housing one of Buddha’s teeth (his sweet tooth presumably!), so of course we paid a visit to the, rather obviously named, Temple of the Tooth. We wandered around the grounds, witnessed a big ritual, and in the end, never even got to see the damn thing! It’s kept in a casket in a special room, so nobody ever gets to see it. Kind of a let down... 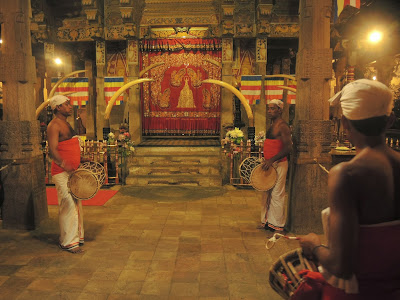 You want the tooth? You can’t handle the tooth!

Seeing as it's Sri Lanka's second city, it's also surprising that there's not actually a whole lot to do... Our only real excursions of note were up to a Buddha statue overlooking the city, and then over to Arthur's Seat which also overlooks the city. So, quite a lot of overlooking was done! 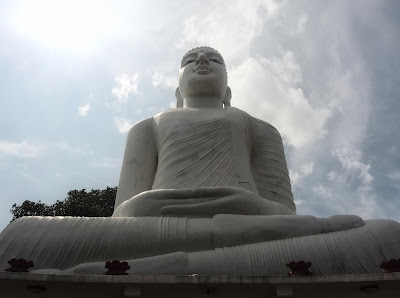 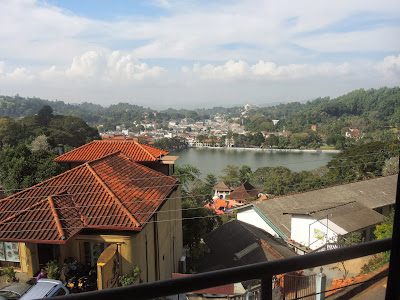 We thankfully avoided hornet and cobra attacks in Sigiriya, but we've seen all sorts of animals during our time in Sri Lanka as a whole; in the cities, in the forests, all just going about their daily business - from your regular cats and dogs, to birds of every kind, cows, monkeys, enormous lizards and even bigger squirrels, a turtle crossing the road – it’s like living in a zoo! Not a very good zoo admittedly, but still! 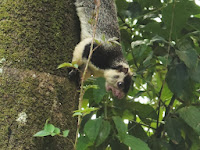 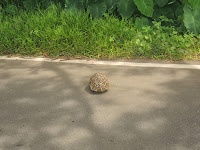 I was even shat on by a bird! Twice! Well, I presume I was shat on by two birds once, rather than a sustained attack by one bird in particular. It's meant to be good luck, but so far I haven't received any such fortune. I haven't been crapped on since (by bird or otherwise), so I guess that in itself is a positive.

As I mentioned in the previous entry, we forgot to make a video diary last time out, so here's a double delight for your audio/visual pleasure:

I guess that's all then. Kinda disappointing in a way. When getting pooped on was one of the highlights of your stay, that's probably a sign to move on elsewhere. And that's exactly what we did. Two days in Kandy done, two days in Ella to come!
Posted by Mark O'Leary at 6:27 AM