The Final Adventure - 1st Stop: Getting there!

The final leg of our am-Asian adventure has begun! It’s been just over 3 years since we left little, old Ireland as a couple of bright eyed, young travellers – I was, myself, an Asian virgin at the time (I expect the blog to get a few disappointed Google hits for that one), while Aisling had been around the block already a few times, as I’m sure you can imagine… Since then, we've visited 17 different countries and made ourselves a lovely home and an even lovelier group of friends in Hong Kong. But, the time has come to return from whence we came, and more importantly, time to bump that list of countries up to an even 20! 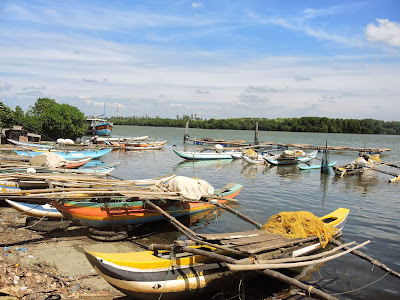 Our first major stop of the trip (and country number 18) came with the town of Sigiriya in Sri Lanka, where we would be spending Christmas. We had a few brief pit stops here and there though before we actually reached that point, so this first entry will just be a case of getting there; seasoned with fleeting visits to Bangkok, Negombo and Kandy – all of which were mere trickles in what we hope will soon become a gushing flow!

Having said that, don’t be fooled into thinking that these interim stays were just annoyances to endure. We had about half a day in each, so plenty of time to fit in a few memories before it was time to move on. First up was Bangkok; a city we always love to visit. 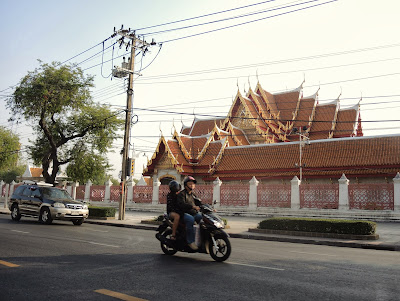 I know I usually berate capital cities, but BK is one of the few exceptions to the rule. It’s a main travel hub here in South East Asia, so we've passed through a fair few times and are always happy to do so. Even this time around when we left Hong Kong, we could've got a connecting flight straight on to Sri Lanka, but as we were going to be in the neighbourhood, we decided to spend the night. We had almost a full day here in total so plenty of time to fit in a trip or two to Pizza Company (our fave), a bit of street shopping on the Khaosan Road, and a little mystery adventure too… And I do mean mystery in the literal sense, as we donned our pipe and magnifying glass to solve ourselves a murder! 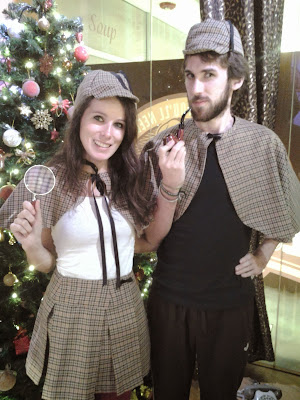 Look it up! We can’t recommend it highly enough. They've only been open for 6 months but it’s already the top attraction in Bangkok on Tripadvisor, which is where we found it.

You’re basically put into a room where a murder has been committed and by examining the contents, finding hidden clues and solving various puzzles, you must unearth the murderer and find how to get out of the room yourself (which we did, with just two minutes of the hour left to spare!). It’s based on the idea of the Japanese escape games, try one for yourself here:

The whole thing was very well set up and there are apparently a number of them around the world; definitely something to look up for any future trips. We had booked our appointment online but almost didn't make it in time as Bangkok was at an absolute standstill due to national, anti-government protests. 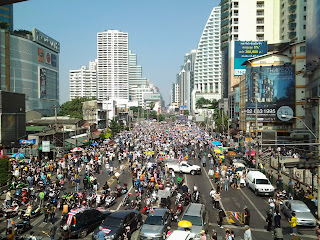 It was much easier to enjoy the spectacle on the way out when we didn't have to worry about getting through the traffic in time.

That evening, (after giving ourselves plenty of time to get to the airport) we flew to Colombo, and from there made our way north to the town of Negombo, our next mini-stop. We arrived in quite late, so we just spent the night, and then went for a wander around the next morning through some small villages to get our first taste of Sri Lankan life. 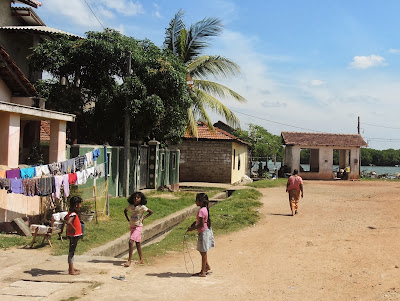 And they put in a solid first impression – the people seem very nice and friendly, even the tuk-tuk drivers, who are usually the lowest of the low! Everyone was waving and saying hello, asking where we were from and offering any help, and not in a “I’ll help you if you give me money” kinda way. We didn't have long in town before we had to catch a bus to Kandy, and luckily we got seats right up at the front before the bus became packed to capacity. (We also learned the definition of Sri Lankan capacity...). Still, it was a great experience, and a great way to see a pretty diverse range of characters. 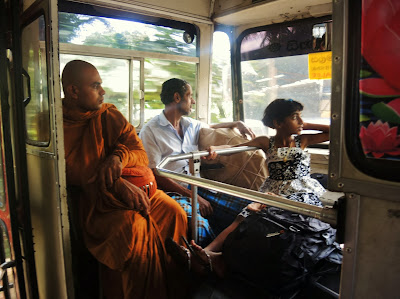 After about four hours, we reached Kandy, and again, just had time to get settled, have some dinner, enjoy a good night’s sleep, and then up the next morning for our final bit of travelling to Sigiriya! Phew! We’ll be back to Kandy again though for two days, so we didn't mind our initial stay being so short. Another bus, another piece of luck to nab two front seats, and three hours later, we were finally there! As we would be spending three days here for Christmas, we decided to splash out on a fancy place, so enjoy our first (potentially risqué) video diary, from our very own jacuzzi!

So, that’s the first part, and hopefully the hardest part of our journey done! Even though we had quite a lot of travelling to do, it was still an enjoyable few days. Here’s to our next stint of staying still in Sigiriya!
Posted by Mark O'Leary at 9:21 AM