It took us a while to get here, but now we can finally say - Merry Christmas from Sigiriya in Sri Lanka! We're both huge Christmas fans, but since moving to Asia, none of our Christmases (in Hong Kong, El Nido or Lake Toba) have been particularly groundbreaking, for one reason or another. So, we were eager to buck that trend and have our best foreign Christmas yet! We had three days in town and, as I mentioned previously, had spent a bit more than usual to make sure we had comfortable surroundings for the big day. But that doesn't mean we just lazed about, quite the opposite. As the sun came up on Christmas Day, while all at home were wrapped up in bed, we were rising at 6:45am, ready to climb the 1,200 steps of Lion Rock! 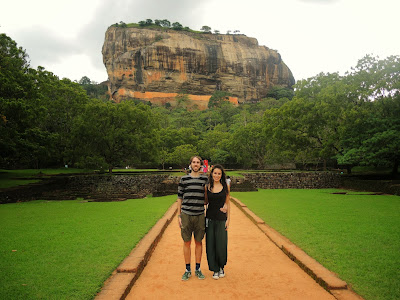 I never even got up that early on Christmas morning when I was a child!

It was worth the extra effort though, as we beat the crowds up to the very top of one of Sri Lanka's most famous and historic sites. From the outside, it just looks like a big rock, and well, it is, but on the very top lies the remains of a 1,500 year old citadel. 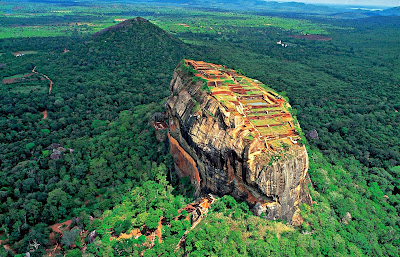 The buildings are now long gone, but there is still the outline of what once was, with walls, steps and even a large pool still in place. And as we had made the effort to get up early, the crowds were minimal, so we largely had the place to ourselves. 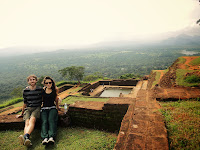 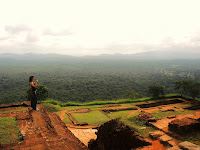 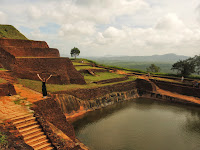 It wasn't too grueling an ascent either, and you pass by some other various sights along the way, including some old wall paintings and, on a small plateau before the final climb, there are even a pair of lion paws carved into the rock itself - quite the 'feet' of engineering! 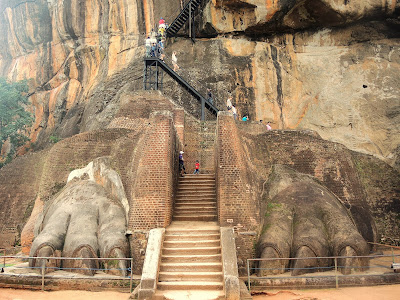 The most worrying part about the climb were the increasingly more disconcerting signs scattered along the route. 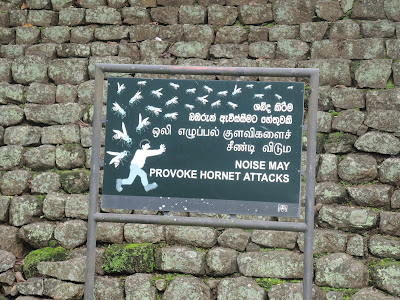 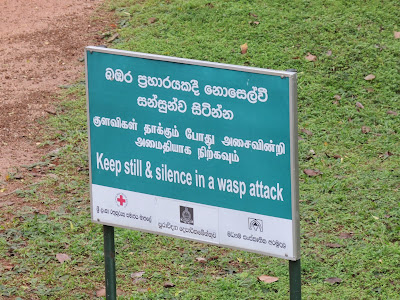 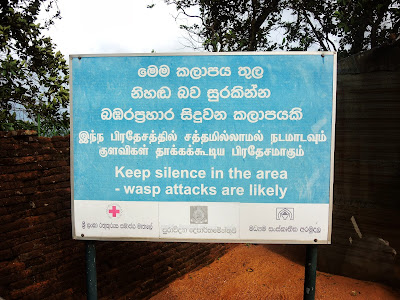 Despite those assurances that attacks were likely, we thankfully made it up and back down again un-stung. And on our downward journey, we rather smugly passed by the queues of people, waiting to reach an increasingly packed summit.

And our Christmas morning wasn't finished yet, as we had one more hike to do before we could tuck into our mince pies (or whatever the Sri Lankan equivalent is), as we headed for the nearby Pidurangala Rock, which was arguably even better, as you had an equally incredibly view, but this time with Lion Rock too! 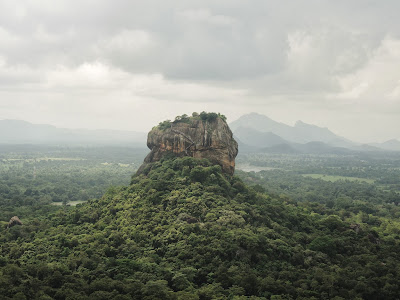 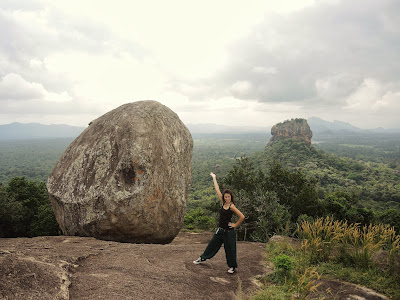 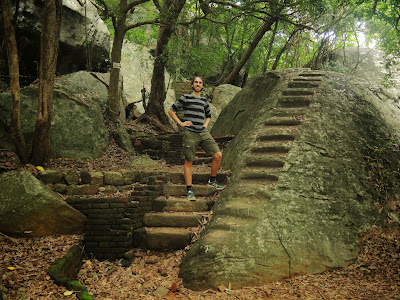 And if worrying about wasps and hornet attacks were bad enough, before this hike we had been warned about cobras! But again, we returned unscathed, and definitely deserving of the rest of the day off. So, after spending the early morning sightseeing, we could finally relax, exchange presents and really, just laze about and stuff ourselves silly - what Christmas is all about! 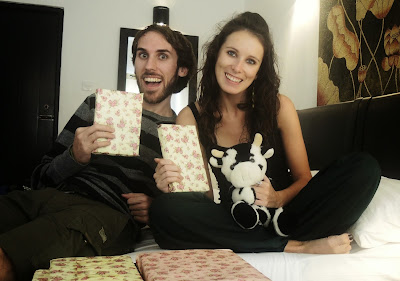 On the first day, we just hired a tuk-tuk driver to take us to the different spots, but on day two, as we ventured to the town of Polonnaruwa (another ancient city), we were feeling a bit more adventurous and decided to brave the Sri Lankan bus system. And to great success! We were naturals; hopping on and off where we needed to be, and even at one point, we trusted our bearings over the directions of a local, and we were right! He was a tour guide too, although on reflection, maybe he was trying to get us lost...?

As for Polonnaruwa, it was nice, but nothing more. It felt like Siem Reap in Cambodia, but without any of the real top class ruins. 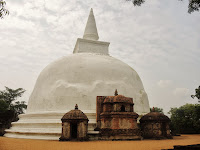 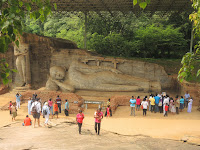 If you haven't been to any similar ancient cities, then it might be worth a visit, but otherwise, don't go massively out of your way. We still had a fun day, and again, thanks to our early start, we had the rest of the day to eat, drink and be merry by the pool.

And that was pretty much all for our few days in town. The next morning, we hopped aboard an already full, still moving, Kandy bound bus on the side of the road, and held on tight for our long stand back down south. We also forgot to make a video diary, so you'll just have to make do with a double next time around!