Welcome to my 100th ever post! Such a milestone calls for an equally noteworthy destination, or pair of destinations in this case. Unfortunately, while I wouldn't say Potosi and Sucre were underwhelming (as we didn't expect much from them in the first place), we weren't exactly overwhelmed either. So, just a couple of whelming, Bolivian cities it is then! 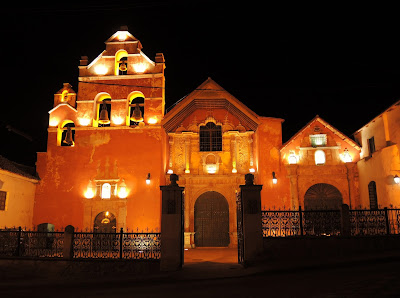 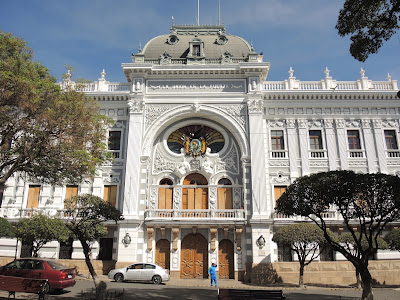 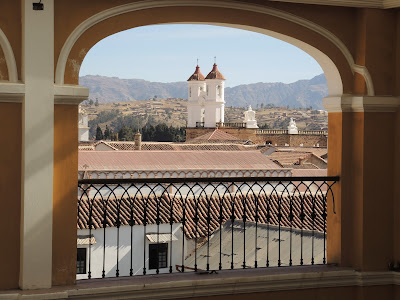 If we didn't expect much from these two, it then begs the question why we bothered to come here in the first place. Well, our first introduction to Bolivia was the wonderfully unique Salar de Uyuni, which was more otherworldly than traditionally Bolivian. Our final stops then will be an action-packed couple of days around La Paz, before heading on to Lake Titicaca, so, much of our time in Bolivia isn't very Bolivian at all. We only really had a day each in Potosi and Sucre, but at least it gave us a taste of what daily life is like in the country. And although they were both so-so, they were still journeys worth making. 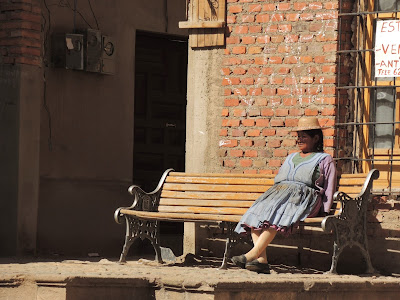 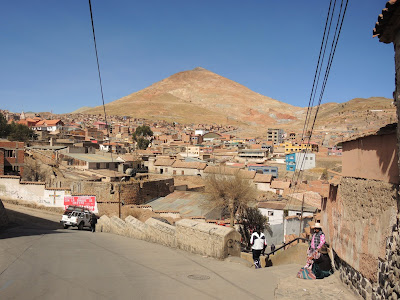 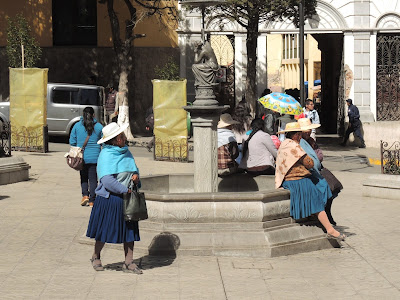 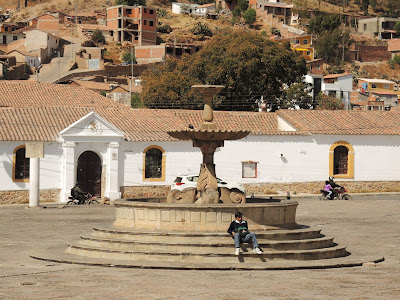 Another reason for their inclusion was their proximity, both to Uyuni and each other. When we finished the Salt Flats tour, the last thing we wanted was to hop on a 12 hour night bus to La Paz, so 4 hours to Potosi suited us down to the ground. Just a note for those travelling around Bolivia - there's very little information online regarding bus timetables and prices, but you'll find a lot more in the city itself. Buses from Uyuni to Potosi (and Sucre, La Paz etc.) leave pretty much every hour, so there's plenty of options.

So, first up was Potosi, a town most famous for its silver mines. They also seem to be the biggest tourist attraction here, but we really had no interest in going underground, and from what we had read, the mines themselves didn't seem to be in the best condition either. So, we thought it best to avoid any major risks, and any miner disasters! 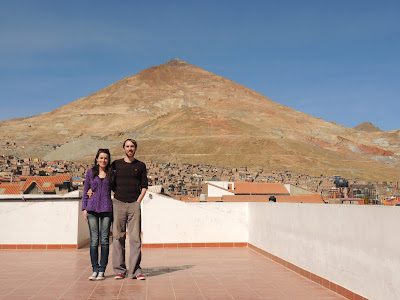 We could just admire the outside from our roof instead.

There isn't a whole lot to do and see in Potosi besides, so our day in town was more than enough. Luckily, we were staying right by the main square, so at least we could walk around and see some nice buildings. I'd imagine if you were staying in the outskirts, you'd have a pretty shitty time. 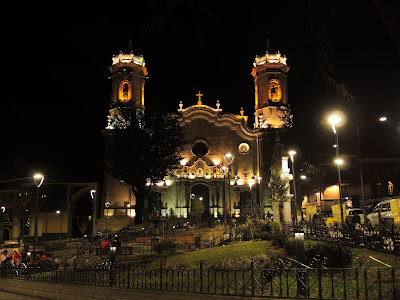 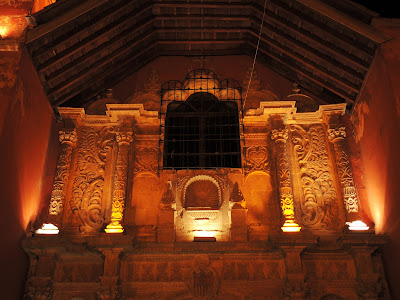 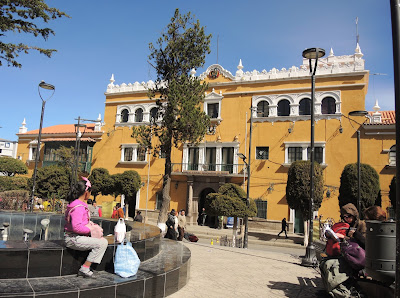 Later that afternoon, another short bus ride took us from Potosi to Sucre in little more than 3 hours. We've travelled a fair bit overland so far on this holiday, but the journeys haven't been a chore, mostly because we've been listening to podcasts along the way. It was season 2 of Serial in Peru, and as Aisling had never heard season 1, we went back and listened to it together in Bolivia.

(If you have no interest, or plan on tuning in, you should probably skip the next few paragraphs)

I had listened to it myself a couple of years back when it first came out and, like most people presumably, thought Adnan was innocent and quite hard done by. Second time around though, I'm not so sure, and in fact, I'd say he actually did it. Here's what I think: Adnan and Jay committed the murder together. When questioned by the police from the very start, Adnan said he had nothing to do with it, while Jay said he only had a minor involvement. This is why Jay changes his story throughout, to minimise his part as much as possible, and as Adnan had already proclaimed his innocence, he couldn't poke holes in Jay's ever-changing story, as it would reveal his involvement too.

There are three real possibilities:

1) Adnan did it (with help in some small or large part by Jay).
2) Jay did it, and tried (successfully) to frame Adnan
3) Someone else did it.

Of these three scenarios, I think the first is by far the most likely. If the second is true, Jay would have had to be extremely lucky, or extremely clever, to come up with a story that Adnan could not disprove, and that happens to fit in (to some degree at least) with other external evidence. What motive would Jay have had for the murder in the first place anyway?

If the third scenario is true, why would Jay go out of his way to make up a story accusing Adnan, that partially incriminates himself too?

Regardless of all this anyway, there wasn't nearly enough evidence to convict him, and in fact, he's having a retrial later this year, after 17 years in prison.

If you haven't listened to Serial, you should! 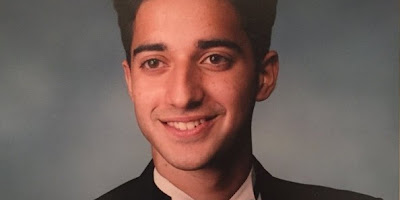 Anyway, back to Bolivia! Sucre was a nicer version of Potosi - a classy, colonial style city - but similarly, there wasn't a whole lot to do. We again strolled about and had a pleasant enough time, but it was our accommodation that stole the show. Bolivia in general is cheaper than most in South America, so we could either take this opportunity to save a bit of money, or splash out and let our money go a lot further. We obviously did the latter (there are no good stories about being frugal!), and stayed in our first ever five star hotel! We had the works - a four poster bed, a writing desk (for all that writing we'd be doing), a fancy terrace with a view over the city - it was unreal, and all for less than €60! 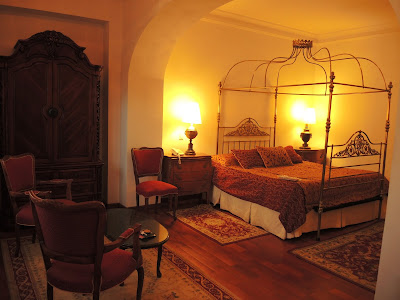 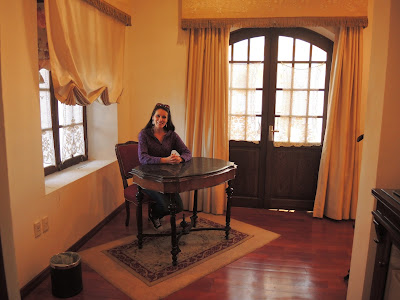 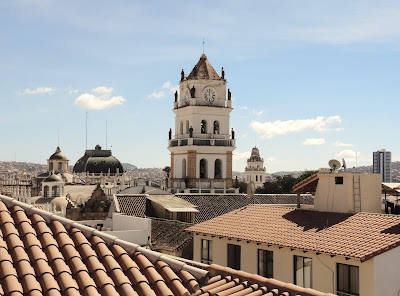 The room itself was bigger than our apartment in Hong Kong (which seems to be our standard unit for measuring area). We made our video diary up on the terrace, and I've just now realised that you can embed videos in the blog itself, rather than just pasting a link:

And that was the end of our pleasant few days of nice, short bus journeys, as we embarked upon a bumper 12 hour night bus to La Paz. Bus stations are always amongst the most stressful places when travelling, especially at night, and Sucre station was no different. It was mayhem! People everywhere, buses everywhere, and nothing where it should be!

This was our first time actively learning a language for our travels as, in the past, English plus a few token native words (and plenty of hand gestures) has been enough in 99% of the places we've visited. Here though, I don't know if we'd have gone very far without our bit of Spanish. Having the basics is a must. In fairness, Aisling has been carrying the team in that respect, whereas I've mostly been speaking French in a Spanish accent. We've both loved learning and speaking it though, and will be keeping it up when we get back to Ireland. 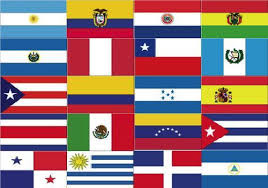 And I made my first Spanish/English pun! Although I don't think it was well received, or received at all in fact. When we were in Arica, we went into a McDonald's to use the toilets, but the door was locked. So, I explained this to the attendant, pointed to the locked door and said "aquí"! A great joke wasted...