After a nice few days in Peru, it was time to sell our Soles, and make the journey down to cross the Chilean border. In the months leading up to this holiday, we had both tried to learn a bit of Spanish, and between the two of us, we've been getting by quite well so far. Through a mixture of Duolingo and "Pretty fly for a white guy", we had the essentials we needed, but today would be our biggest test yet. We had done our research and knew what we had to do and where we needed to go, we just had to take it step by step, or as they say in Spanish, "Me cago en tu puta madre". Such a beautiful language...

We started our day with an early morning bus ride from Arequipa to the border town of Tacna. We had gone to the station the day before to buy our tickets and get familiar with the place, so the first step of the journey was plain sailing. The bus had the weirdest selection of movies I had ever seen though... First, there was a Spanish horror film about a feral child murdering and eating people. This was at 7am remember. Next was a Chinese comedy, all in Chinese. And finally, a movie about bears, acted out by real life bears.

Note: Just looked it up, shockingly it's called "The Bear". 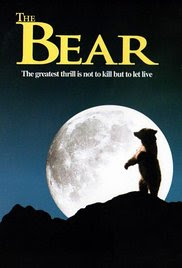 Six and a half hours later (including a baggage check for fruit flies), we arrived in Tacna and once there, it was a case of finding a collectivo (shared taxi) that would take us across the border. After a bit of searching around, we found the right place (about 200m away from where we were dropped off) and hopped in with three other passengers. No problems at the border either; our driver obviously does this all day everyday, so he showed us where to go and what to do, and the whole process was over in no time at all. And that was it, we made it to Chile! He dropped us off at the Arica bus station and we went off on our merry way. An awful lot easier than we thought it would be, and great practice if we ever want to visit Northern Ireland in a few years time! 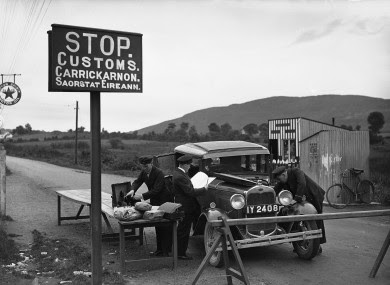 We only really had a few hours in Arica, which was mostly spent having dinner and getting our things ready for our trip the next morning, up to the mountain village of Putre. Putre itself was only meant to be a stepping off point for Lauca National Park, but it turned out to be a lovely little spot in its own right. 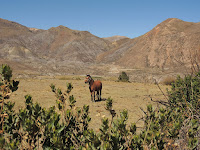 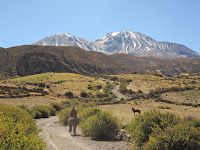 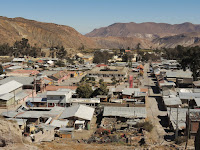 Our reason for visiting Putre, rather than doing a tour of Lauca National Park straight from Arica, was all down to altitude. Arica is at sea level. Lauca NP is at 4,500m on average. That's a very big jump to make in one go, so instead we spent a day in Putre to acclimatise (still 3,500m up), and then tackled the national park the next day. We started taking Diamox too, just in case, for the altitude, but there were no tablets that could save us from the cold. We were just getting used to the South American sun, and although Putre gave us nice blue skies, we had to wrap up tight. Chile by name, chilly by nature... 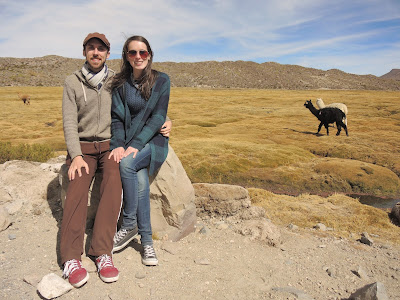 We didn't expect anything at all from Putre, so it was a lovely treat that the town was so nice. You can walk around its cobbled streets in five minutes, and it was bizarre seeing street names such as Ave. Bernardo O'Higgins and Ave. Patricio Lynch. After doing a bit of reading, I found they were major figures in the Chilean fight for independence, and Bernardo O'Higgins was the first leader of modern day Chile. The Irish really do get around! 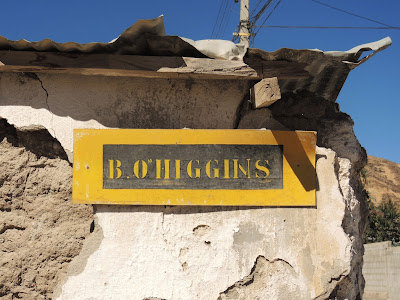 The next day, the owner of our guesthouse drove us around Lauca National Park and the surrounding area. He was Italian but had lived all over the world and was extremely knowledgeable about all the flora and fauna in the area, pointing out the different species of birds and animals we would pass. We now know the difference between llamas and alpacas too! 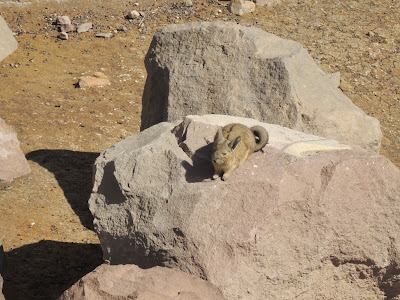 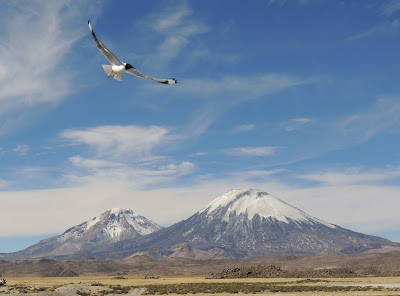 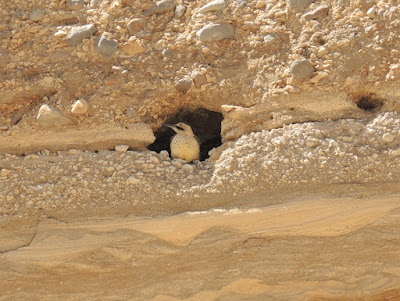 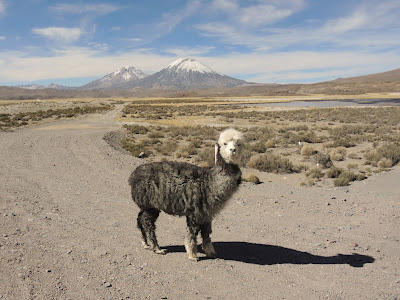 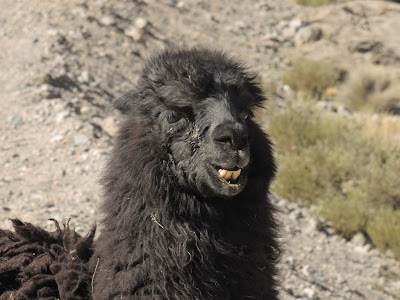 And so is this!


Aside from the animal life, the landscape was also breathtaking (although some of that may have been down to the lack of oxygen). 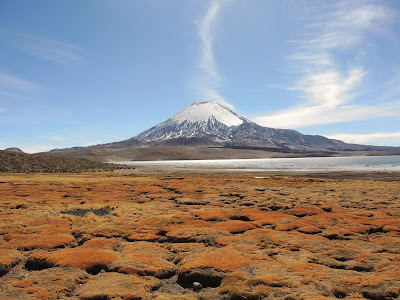 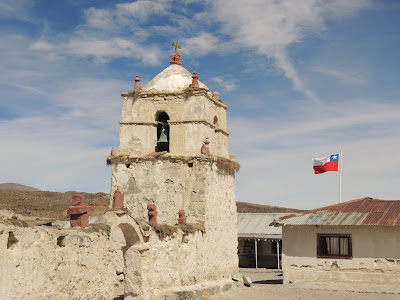 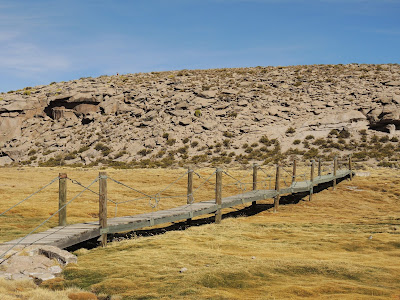 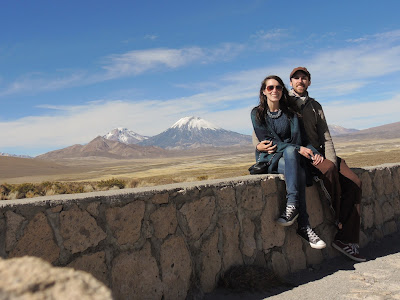 Despite being high up in the mountains and far from any major city, Putre still has pretty fast internet speeds, which makes it all the worse that we can't even get broadband back home in Coneybeg!

The food here was great too, just plain and simple meat and veg, but so wholesome and tasty. Probably the best food we've had so far on the trip. And we went to Subway in Lima so that’s a huge compliment! 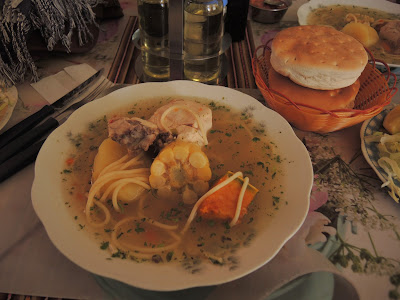 Actually, on our trip through Lauca NP, we stopped for lunch in a tiny town called Parinacota which is now inhabited by just three families. There, we were served up alpaca bolognese. Quite the culinary fusion!

After our two days in Putre were up, we were very kindly dropped back into Arica by our Italian hosts. This now meant that we would have two full days in Arica, rather than the one in our original plan. We had realised on our first visit here that there wasn't a whole lot to do in town, and now having two full days meant we would have to rejig our itinerary. We made a few changes and booked a night bus for that evening from Arica to our next stop of San Pedro de Atacama. We had three days scheduleded for San Pedro anyway, but we decided that our extra day would be better spent there than here. How right we were. We now just had one afternoon in Arica and even that was tough going. There's just nothing here! You'd think a beachside town would at least have the sand and sea going for it, but the beach was more like dust than sand. It's just not a good place and now firmly in our bottom three destinations with Manila and Phuket.

In the end, we went back to the hotel we had stayed in a few nights before and asked if we could use their pool as we had nothing else to do. They kindly agreed, though it seemed that we were the only guests there. But even the pool couldn't save Arica. It was freezing! 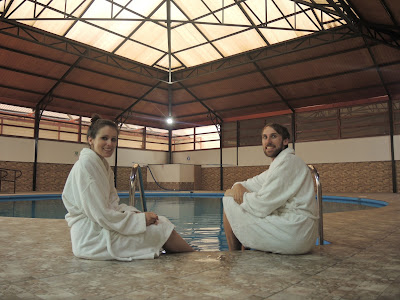 We just sat by it anyway, counting down the minutes, and had a 30 minute shower afterwards to heat ourselves up (and kill more time). We made a video diary there too (by the pool, not in the showers):

And that was Arica and Putre, two very different experiences, but good memories all the same. That evening, we hopped on a night bus to San Pedro de Atacama, which is where I'll pick up the story next time!
Posted by Mark O'Leary at 8:59 AM