This was our last little stint before we returned (briefly) to Hong Kong – 10 days in the Chinese province of Yunnan. Our time here was a little all over the place as we went to a few small random locations scattered here and there, starting with Luoping. The reason why we decided to come here at all (and in fact, the only reason why anyone would ever visit), is that for two months each spring, the canola flower blooms, turning the surrounding countryside into a buttery yellow sea. And as things worked out, we’d be in the neighbourhood around mid-March, the peak of the season, so we thought we’d take a gander. 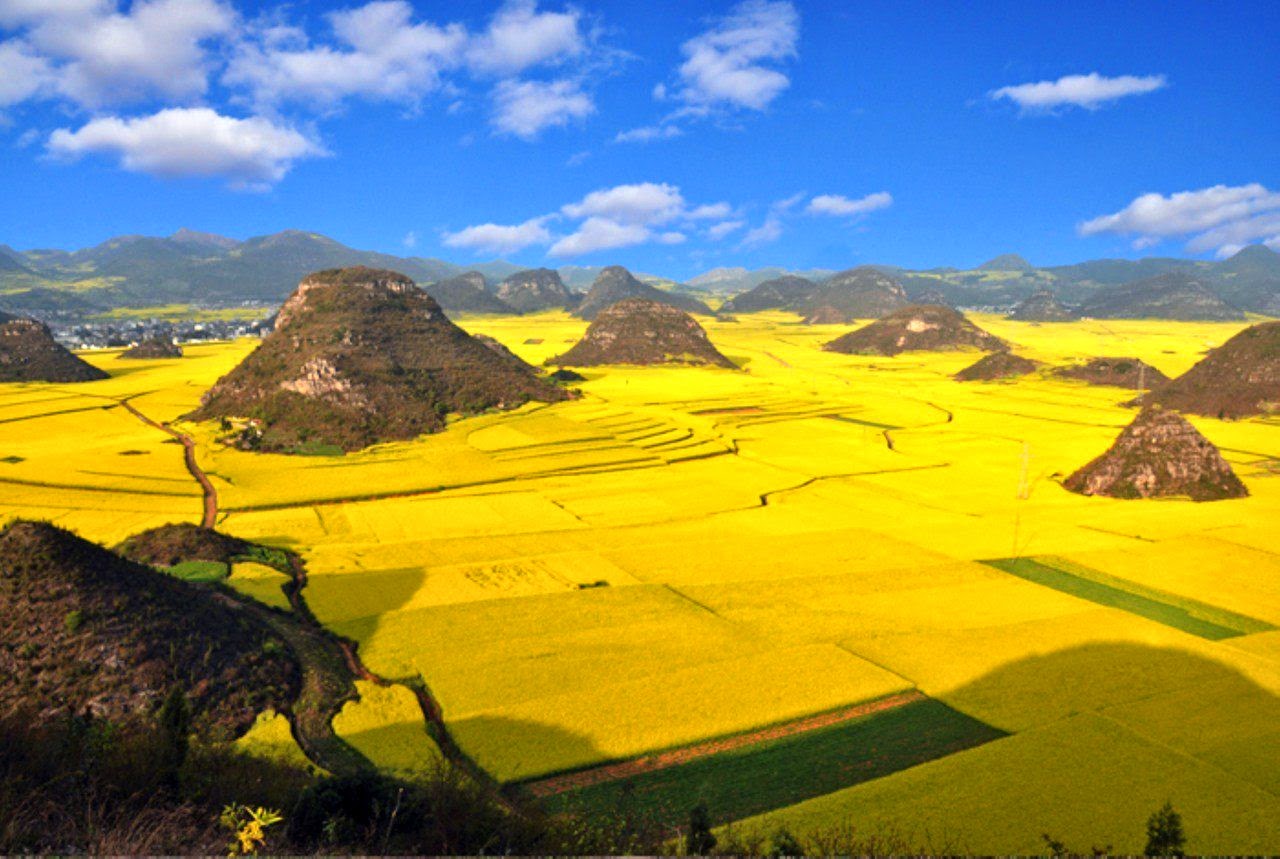 Now before you go off in a jealous rage, the above is what it should look like, but due to an early flowering season this year, it was unfortunately not what we saw. Talk about bad blooming luck!

We did get a small glimpse, so it wasn’t an entirely wasted trip, but between the vanishing blossoms and the frustratingly dull skies, our imagined palette of bright blues and yellows, instead turned into a more muted reality of greys and greens. 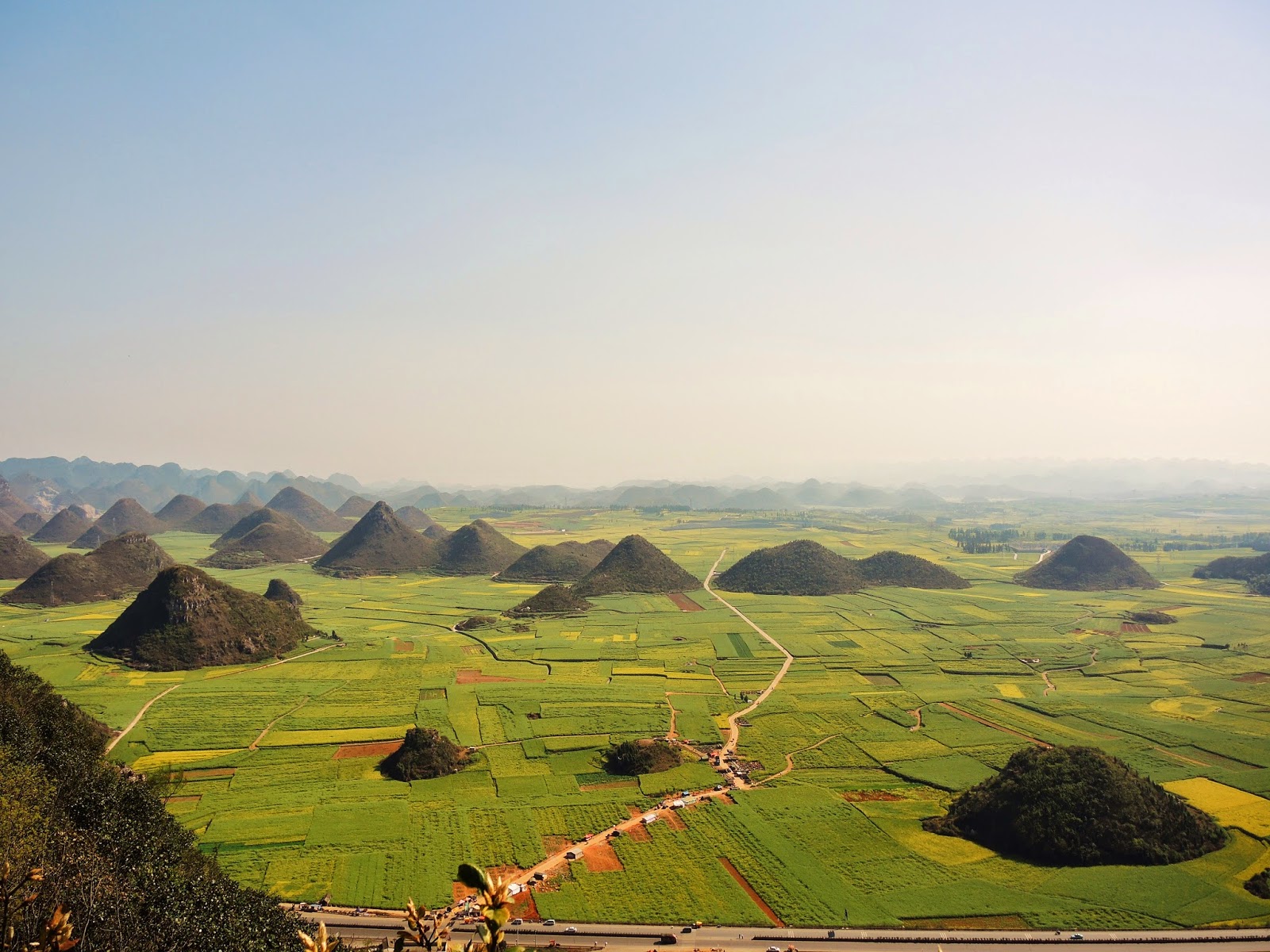 We got a train here from Kunming, which was about three and a half hours in total, and were expecting to find ourselves in a tiny little country town, such was the dearth of information about the place. But as it turns out, it was quite a big city (by non-Chinese standards anyway).

It’s probably the place where we had the most difficulty communicating though in all of our travels. Absolutely no one in town had a lick of English, not a single word between the lot of them. So, it’s a minor miracle that we managed to find our way around, as well as negotiating food and shelter during our two days here. 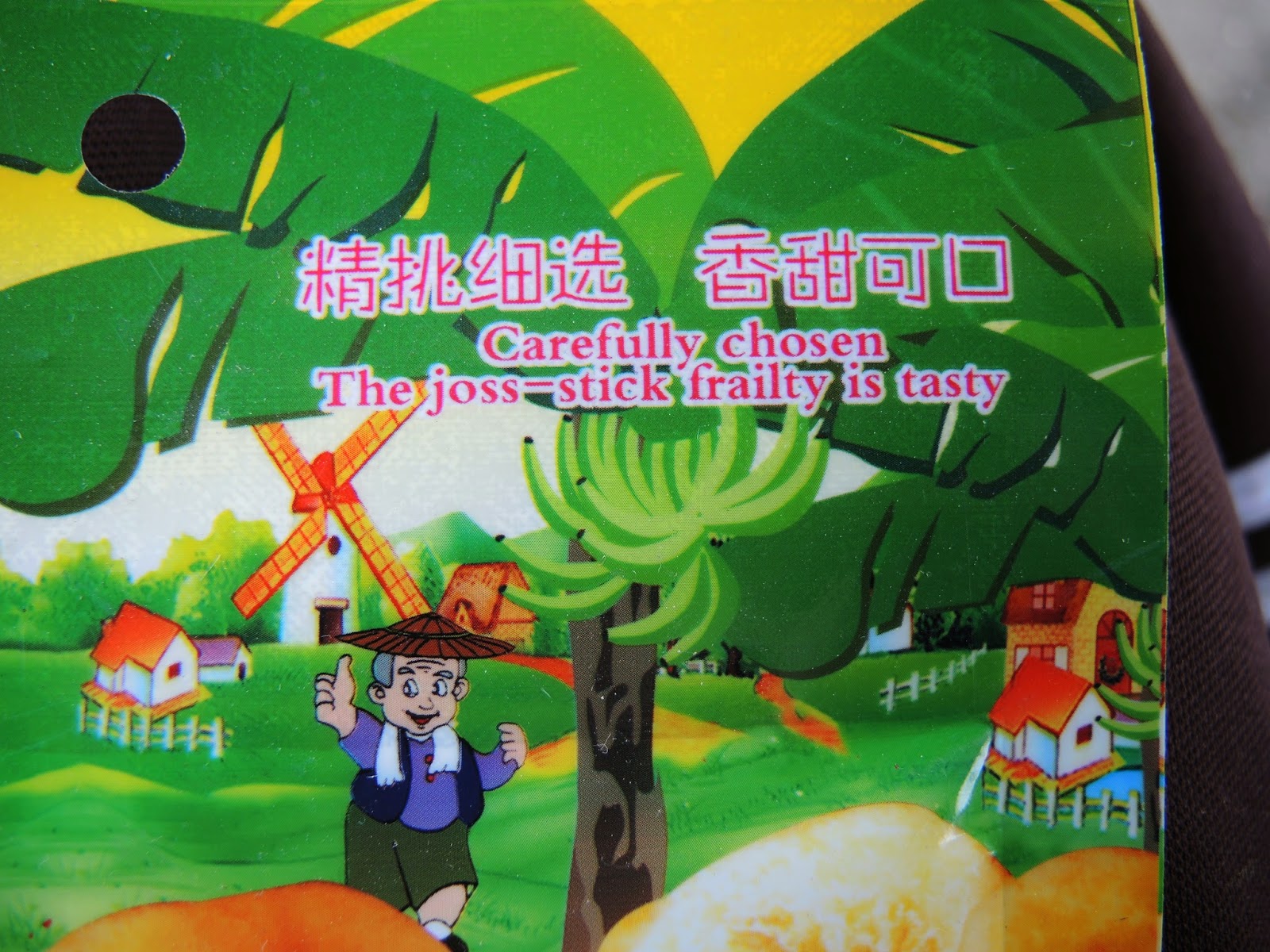 This was the extent of the English we found in Luoping.

In most places, when we’re discussing if a price is ok, or if a room is suitable, we resort to Irish so no one can understand us. At least here, English would do just fine! And it’s not even the fact that nobody spoke English; there’s no reason why they should. It’s more that, and this goes for Chinese people in general, they’re just not very good at communicating. We were using common gestures, making sounds, but nobody was getting it. They just kept speaking mandarin, and when that failed to work, starting writing down mandarin. At times, it was often as productive as having a conversation with a fucking mandarin! 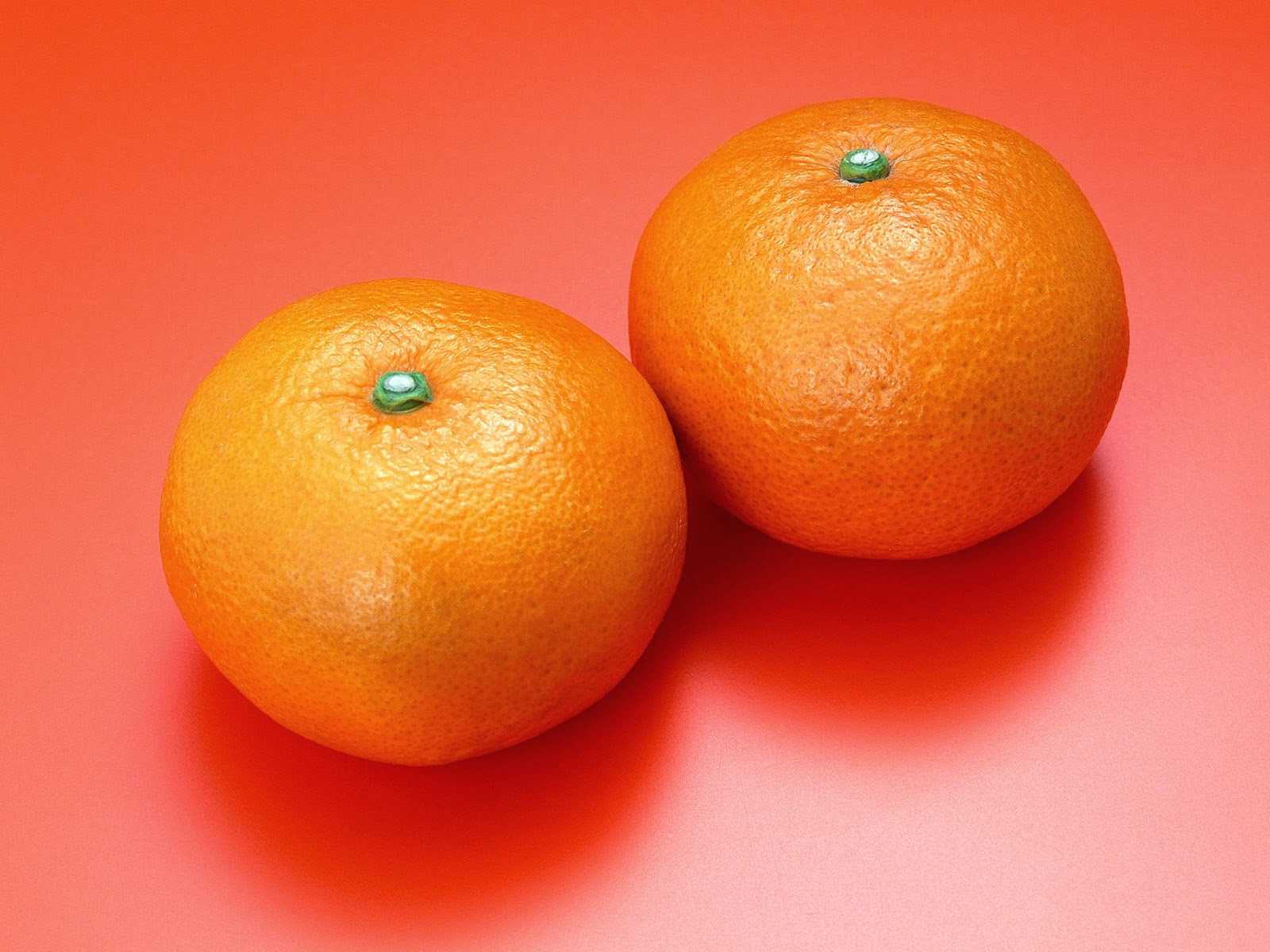 Surely even a child should know that if we make a choo-choo sound, we’re looking for the train station! Instead it was met with blank stares from them, and feelings of embarrassment from us. But again, we survived and successfully made it to our three planned destinations, by a mixture of taxi, bus, minivan and even hitch-hiking.

On our first day, we visited Jinji Ling aka The Golden Rooster Hills. We had read that you can get a bus here, but after going to the wrong bus station and then obviously not being able to ask anyone for advice, we just had to get a (vastly overpriced) taxi. We’re usually very good hagglers, but finding a driver who actually knew where we wanted to go was rare enough, so beggars can’t be choosers.

On arrival in Jinji Ling, we climbed uphill past Ling Yi Temple to get a better view of the surrounding landscape, and dreamt of how yellow it could be… 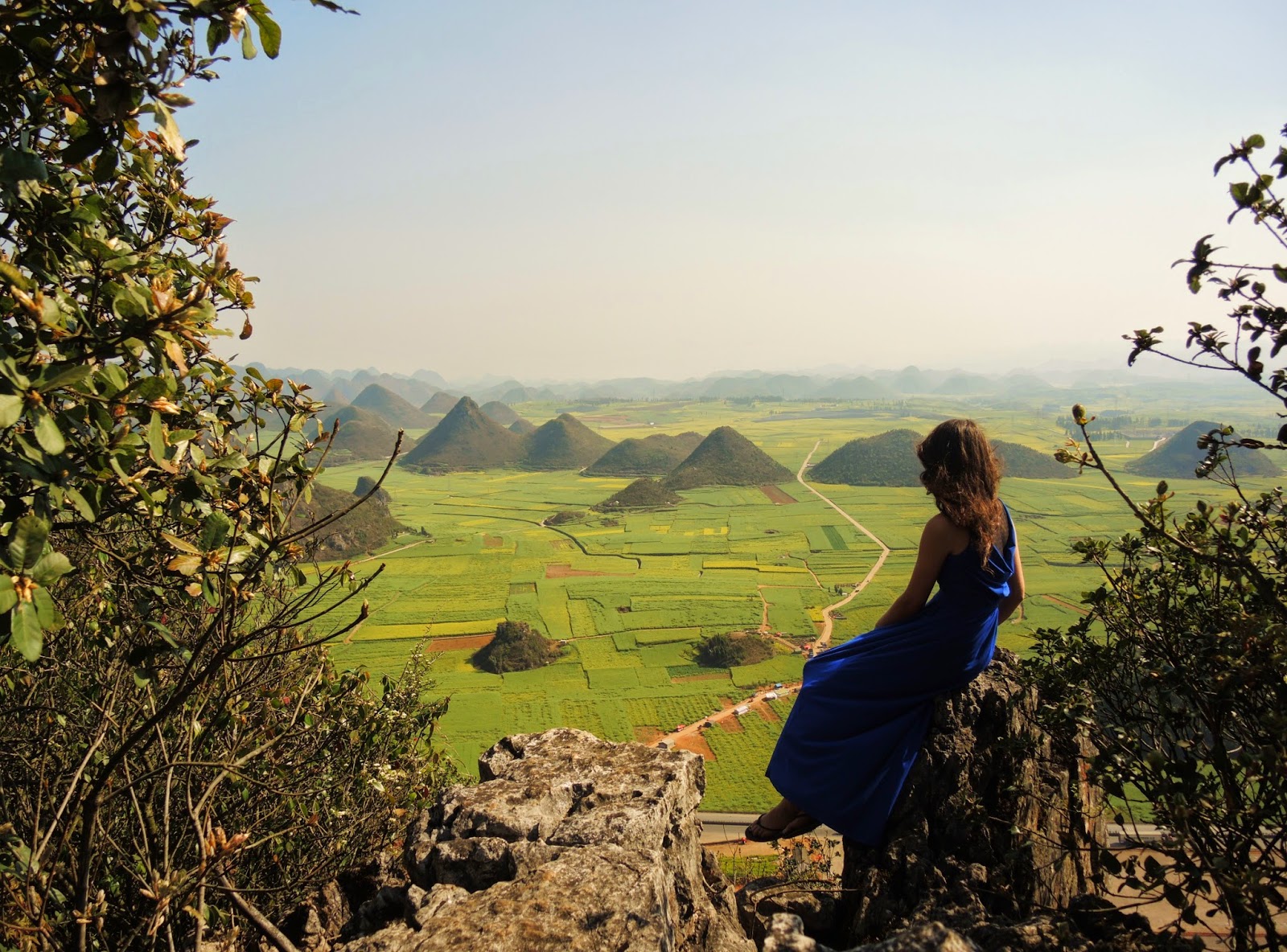 The way back to Luoping proved to be more straightforward as there just so happened to be a bus waiting for us as we completed our descent. But even then, it dropped us at the other bus station in the city and we had no idea where we were or how to get back to our hotel! We didn't even know the name of the hotel! So many complications for even the simplest of things. We eventually found our way back and rounded off the day with a couple of pot noodles in our hotel room in the absence of any sort of restaurants. 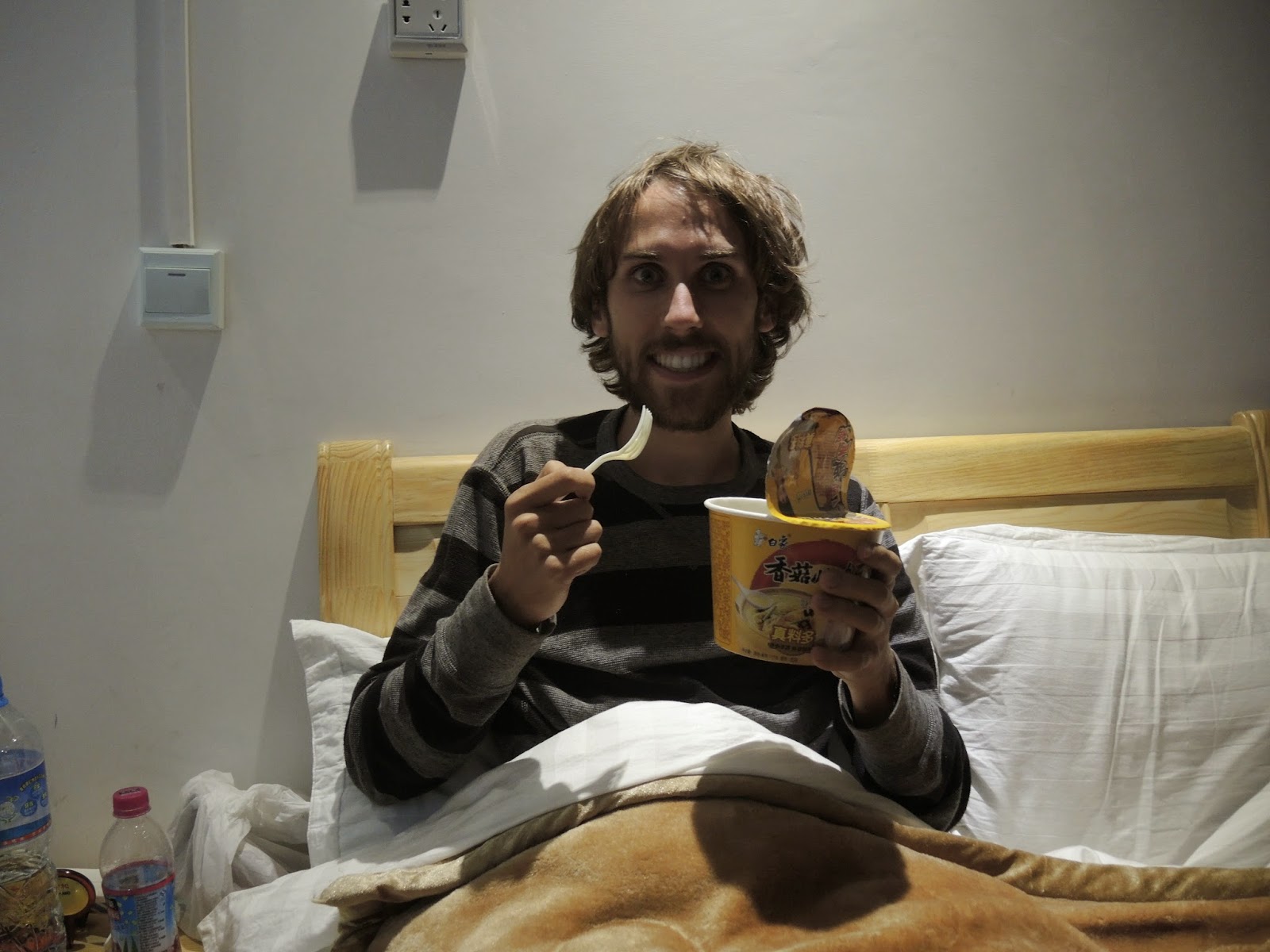 And that’s how I spent my 27th birthday…

The next day was more of the same as we struggled from place to place, under even greyer skies. Our first port of call, Shiwandashan, did at least bring us a bit of what we were looking for colourwise, and although the landscape wasn't as impressive, the view (as Coldplay would say) was all yellow!

It may look all peaceful, frolicking in a flowery meadow, but there were actually hundreds of bees buzzing around me! How fitting would it be to actually get a 'sting' as I, myself, "walked in fields of gold". (Two music references in a row! Boom!)

We got a taxi there and hoped that we’d similarly happen across a bus back into town. Instead, after a fruitless walk along the road, we had to resort to hitch-hiking and were picked up by a lovely woman, who even gave us cakes to take away! Well, she was lovely, until we arrived in town and then she demanded money from us. I pretended that the change in my pocket was all I had and just fobbed her off with that as we made our getaway. Seriously though! If an Irish person ever saw a tourist lost in the middle of nowhere, they’d inconvenience themselves hugely to take you where you needed to go! They’d even bring you home and cook you dinner and it would never even cross their minds to look for money. They’d actually be insulted if you were to offer. 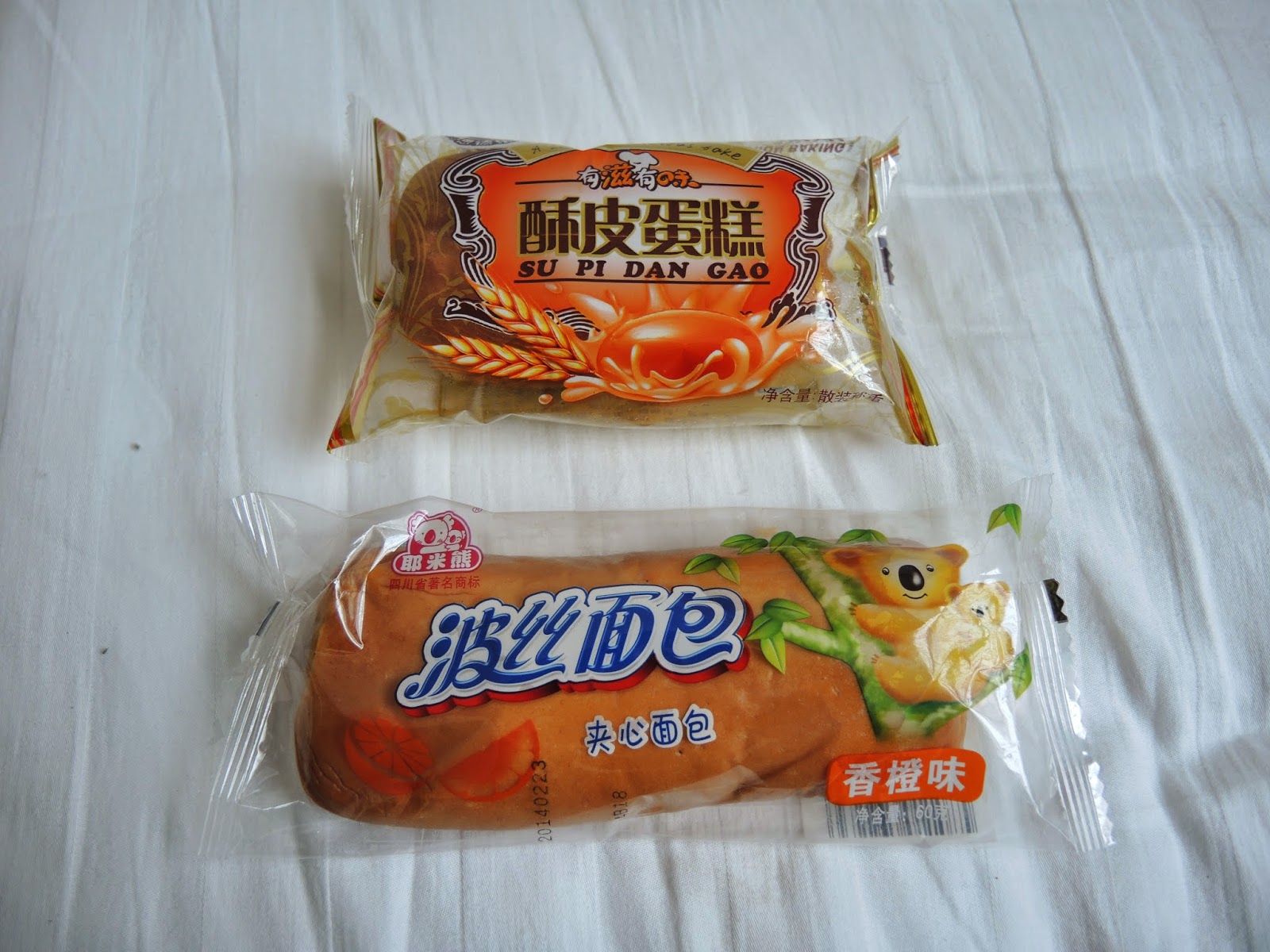 Thanks for the cakes, ya bitch!

Actually, when we were on Everest, we met this Australian guy who had visited Ireland before. He told us of how once, on his way to Cork, he met a bunch of local lads who, not only offered him a place to stay, they even apologised for not being able to show him around as they had to go to a funeral! You wouldn't get that in China. They’d be more likely to piss on your grave!

Our third and final stop in town was Luositian, and it was one of those places where I could imagine it being really nice, but the weather just ruined it completely. It was also the least yellow of the three viewpoints so it didn't have much going for it at all. 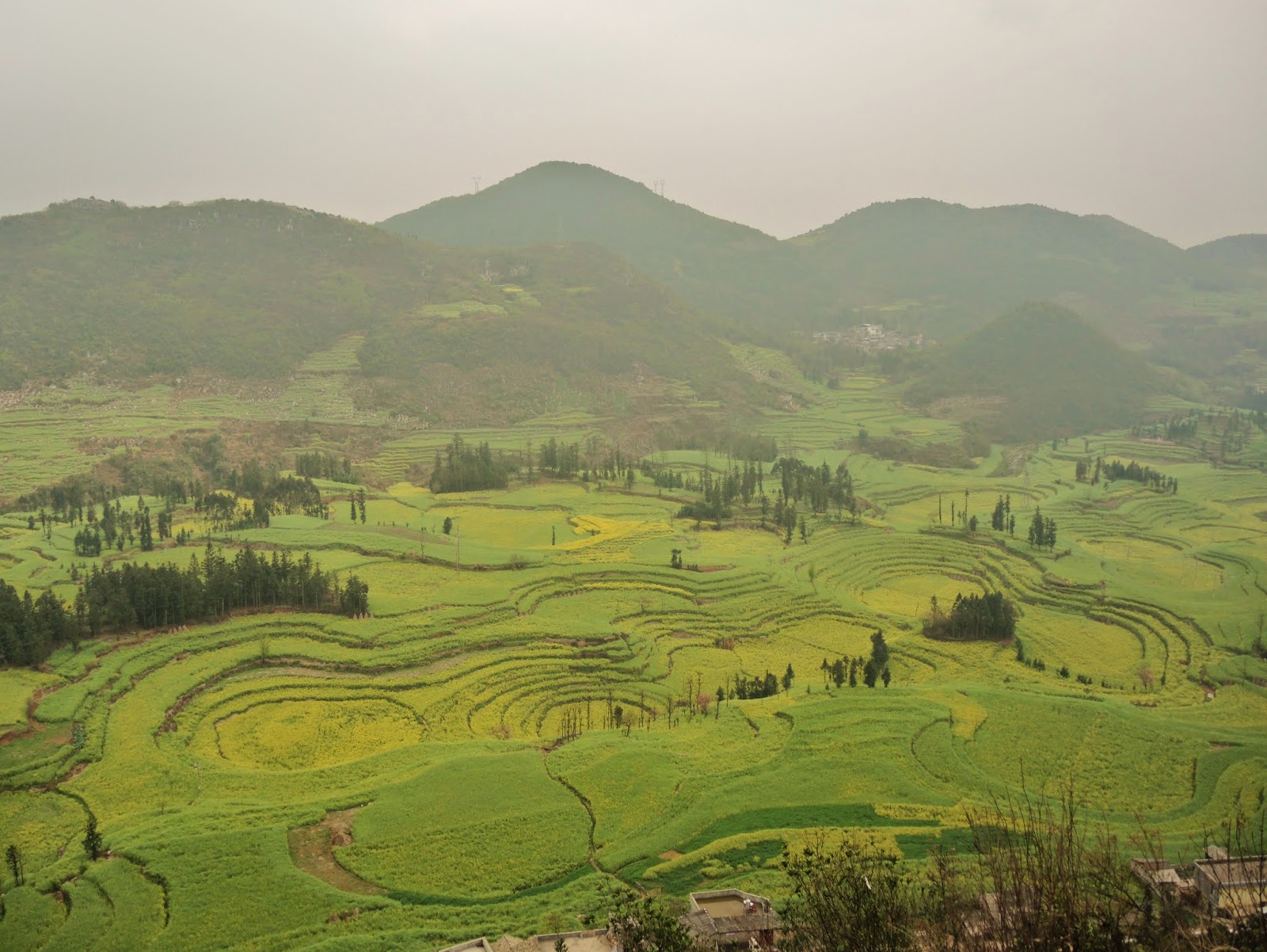 We, again, got a taxi there and hopped on a passing minibus on the way back, which this time actually did drop us at the bus station nearby our hotel. We encountered more money grabbing tactics from the driver though, but Ais held her own and didn't back down. It’s a shame that there’s not only the language barrier to combat, but the people being massive dicks too.

So, that was Luoping! Video diary included:

If the weather had been good, and we had visited here a couple of weeks earlier to see the flowers in full bloom, then I could imagine it being an absolutely incredible experience. As it turned out, it was still worth coming for, but there were just too many headaches to make it truly enjoyable. 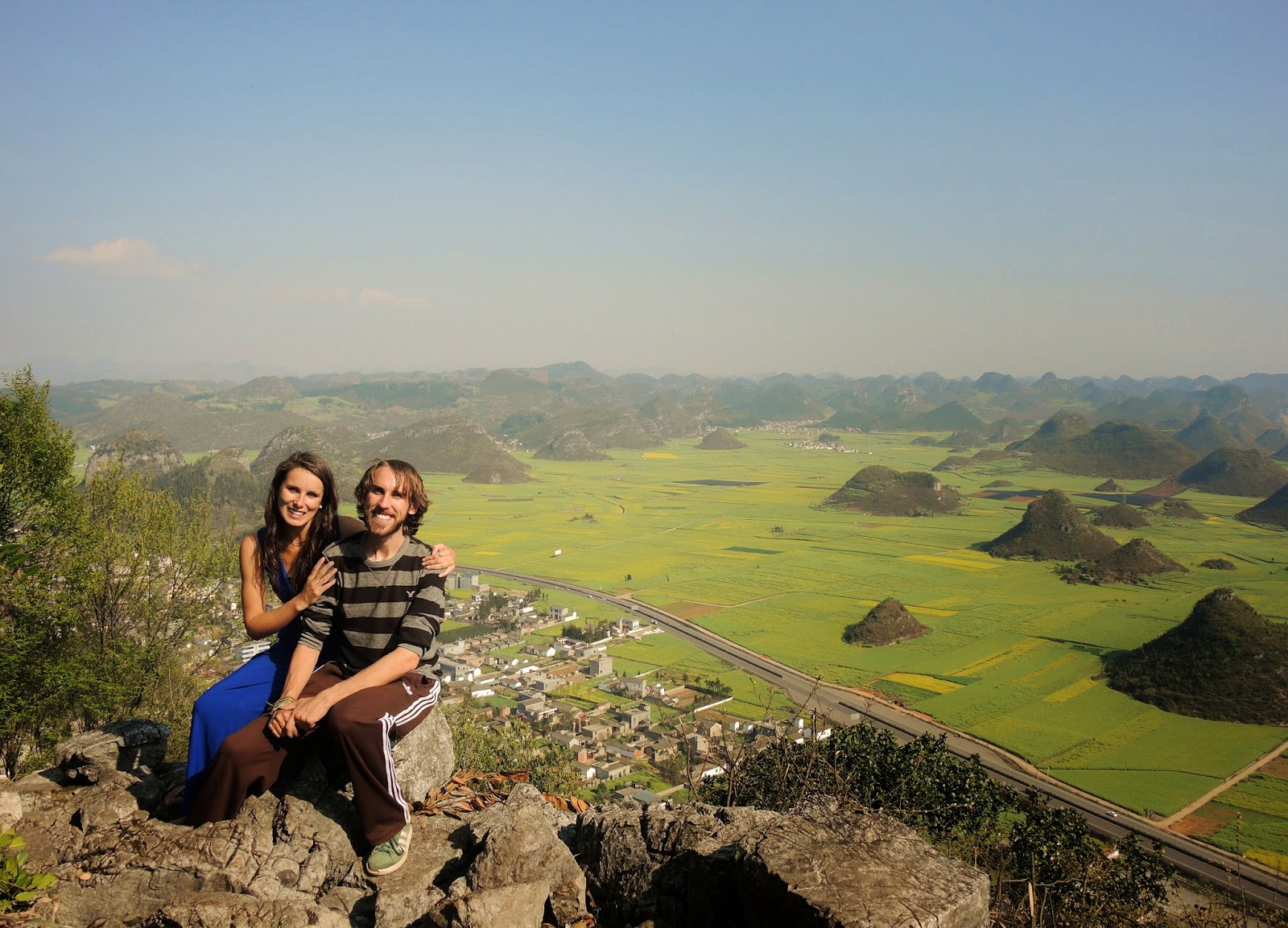 During our travels, we always keep a mental note of any contenders in different categories, like best country or best view etc. In the best people stakes, it’s a close run thing between the Japanese and the Burmese, and then, at the opposite end of the spectrum, the Chinese had long been runaway winners. That was until we visited India a few weeks ago, but since we landed in China again, they've really stepped up their game and are doing everything they can to wrestle that crown back. They've even recruited the next generation, exemplified by the little boy who dropped his pants on our journey back to Kunming and proceeded to piss on my shoes right there on there on the train. Classic China…
Posted by Mark O'Leary at 6:58 AM