Feelin' Ho-Hohhot! Now, if I’m being honest (or, keeping in the spirit of things, “if I’m being hohhonest”), this isn't a place I’d expect anyone reading this to ever visit, nor would I particularly recommend them to. In fact, the only reason we came to this Northern Chinese city was to break up the journey between UB and Beijing. Having said all that, our stay here was actually quite pleasant. Now don’t get me wrong, we’re not planning our return trip anytime soon, but for a two day pitstop, it certainly did its job. So, I'm just saying, if you ever find yourself wandering aimlessly through Inner Mongolia, you could do a lot worse than Hohhot. 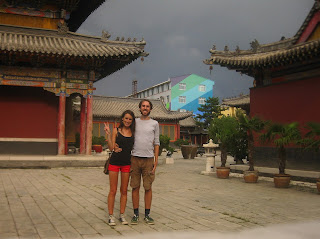 If we just rewind a little first, the action starts before we even crossed the Chinese border. Actually, we should probably rewind to the day before we left HK to tell this story properly. On collecting our visas from the Mongolian embassy, I noticed that they were both for 21 days, even though we would be in the country for 22. At that stage, it was too late to get them changed, and the Mongols had always struck me as a fair and forgiving bunch, so we just went with it.

Fast forward to Zamyn Uud, the Mongolian border with China, where it turns out it was a bit of a problem. We were carted off the train, bags and all, brought into the immigration office and hit with a hefty €70 fine! Each! Were we being ripped off? Probably. Could we have done anything about it? Possibly, if we had the time. But trains around here only come by every few days and ours was about to pull away, so we just had to take it on the chin, cough up the money and race back to our train before it left without us.

On the plus side, a few extra stamps for the passport!

There was another moment later on in the journey when the train stopped for a two hour break. We alighted along with a bunch of other passengers and it was just a comedy of errors from that point on. First, we couldn't find our way out of the station. Later on, we couldn't find our way back into the station! We then thought our train was about to leave without us, frantically tried to board the wrong train, before finally being spotted by another passenger and ushered back to our rightful place. I guess there are some advantages of being the only white people on board! All in all, not our proudest travel moment. 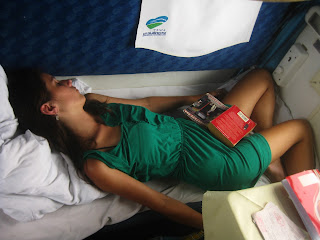 Thankfully there were no such fines for stupidity…

In Hohhot itself, there wasn't a whole lot to speak of in terms of sights and, in the end, the biggest attraction in town turned out to be... us! Now, we do get this quite a lot on our travels, although, now that I think about it, it only really happens in China. As soon as people see a pair of whiteys, jaws hit the floor. And that's in the main tourist spots, where they should be used to seeing westerners. So, imagine what it was like hitting the streets of Inner Mongolia, where the last white face they saw was probably Marco Polo! 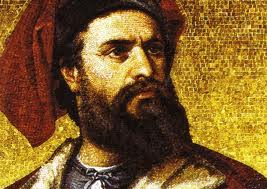 At one stage, we needed directions so stopped in at a pharmacy to ask for help - the entire shop came to a standstill and we were swarmed by 5 or 6 of the chemists on duty. Bear in mind these are trained professionals, in their place of work, giggling like schoolgirls and asking to get pictures with us. They got their photo, but we never did get those directions...

This was probably the most blatant example, but you'd always notice the craned necks and the ever-watching eyes. It's funny that things like this only happen in China too. We never got a second glance in the deserts and grasslands over the border, even though we were as far away from civilization as possible!

Q) What's the difference between Outer Mongolia and Inner Mongolia?
A) In one you get steppes, the other you get stares!

Seriously! How clever was that joke?! If there are any Christmas cracker manufacturers reading, yes, I would be interested in a job.

It also just shows the dearth of good photos from Hohhot when our featured pictures so far have been Marco Polo, us on the train and a random child pulling a Christmas cracker. It's a long way from postcard landscapes we are now...

For our day around town, we first visited the Great Mosque which, in keeping with its name, actually was great! As was the surrounding area. We also visited the Five Pagoda Temple, probably Hohhot's most famous landmark, something different to the norm, although a bit underwhelming. 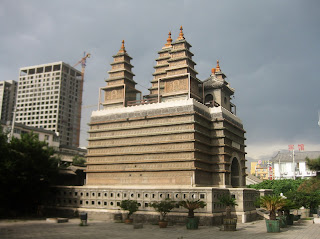 We ended the day in Qingcheng Park, probably the nicest part of the city. One thing I will say about the Chinese, they're good at building parks. There were a few lakes, nice scenic paths, a ferris wheel, so something for everyone! We also made our first ever ferris wheel themed video diary:

That night, we left Hohhot and caught our 9 hour train to Beijing. Unfortunately, when we booked the tickets a few days beforehand, all of the sleepers were taken, so we had an uncomfortable night ahead of us, for many reasons. If we got stares just simply walking down the street, imagine what it was like when we bustled our way onto this overcrowded Chinese train. In fact, (I know this sounds like a made-up story to prove a point, but it's true) when we first climbed aboard, there was a father desperately trying to calm down his son who, it seemed, had been wailing for quite some time. Upon seeing us, the man pointed in our direction; the child turned around, stopped, and broke into a fit of laughter. Then the family started laughing. And then everyone started laughing, and we died a little inside...
Posted by Mark O'Leary at 5:53 AM