And we're back for another summer of fun and frolics across Asia! Where does the time go? It feels like only yesterday that I finished my last blog entry...

Our first stop this time around is the city of Irkutsk in southern Russia. We've come to the stage in our travels where we've been to pretty much every country in our immediate vicinity, therefore we've had to broaden our search a bit this summer, and so we headed north, and kept heading north til we reached the frozen tundras of Siberia! 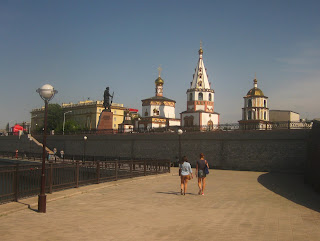 I guess it's a lot less snowy in the summer...

We flew from HK to Russia (we just asked for the Edward Snowden special) on the afternoon of July 1st with Korean Air; our first, but hopefully not last time flying with them. They were far and away the best airline we've travelled with in our time in Asia - great food, lots of leg room and the whole entertainment package too. It was a better set-up than what you'd get for an intercontinental journey, even though we were only taking a pair of 4 hour flights. Major love for Korean Air. 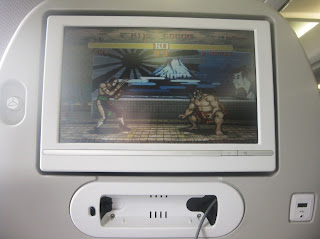 We touched down just after midnight, marking a new country for me, but sadly, not for Aisling. In terms of places visited, Irkutsk is just another pin in the map, but if you want to go by country, that one little footstep on Russian soil means that my total land area covered just increased 100 fold!

Seriously though, how big is Russia! 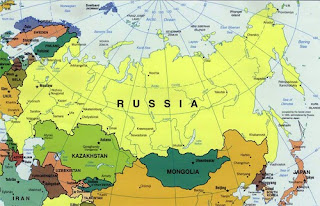 I meant that rhetorically, but do you know how big Russia is? Bigger than frickin' Pluto! That's right, it's bigger than a (former) planet!

My previous image of Russia was Moscow, St Petersburg... and then the rest was just an icy Siberian wasteland. So imagine my surprise when Irkutsk turned out to be a normal functioning city! And quite a beautiful one too. It's also the first place we've been to on our Asian travels where we can actually blend in with the locals! People actually spoke to us in Russian thinking we were from here. That sure as hell didn't happen in Japan or Vietnam!

On our first day here, we just walked around to several different sights, most of which were just pretty buildings - the nicest of all being Our Lady of Kazan Church, which is probably one of the nicest buildings you'll see anywhere. 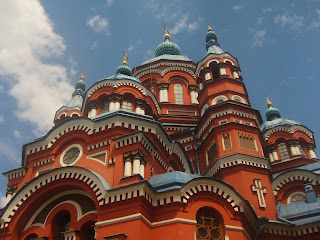 It's not the biggest city so you can walk around and see everything you want in a day. There are several nice churches here, including the Raising of the Cross Church and the Epiphany Cathedral; as well as having a selection of modern structures, classical European architecture and an array of old wooden buildings that look like they've been lifted right out of the wild west! 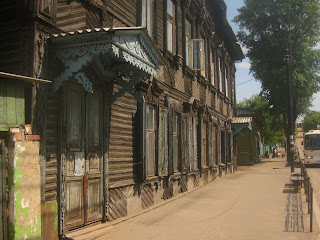 We only really had a day and a half in the city itself, with another half-day spent in the small town of Listvyanka, an hour away on the shores of Lake Baikal - the deepest lake in the world. On the morning of our visit, it was absolutely freezing (well, by our pampered HK standards. For Siberia it was probably quite warm), so we didn't test the waters ourselves to see how deep it really was. We just spent a few hours walking around the town before returning to Irkutsk for the evening. 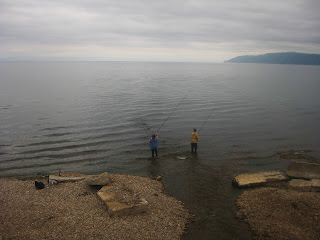 Here's the first video diary of the summer, from stay in Irkutsk:

And staying in Russia, next up will be the town of Ulan-Ude, so stay tuned for that!
Posted by Mark O'Leary at 6:44 AM