So, almost a year since we were actually there, and 3 days before we head back to South America again, it's probably about time I finished the blog! After coming down from the emotional and geographical high of Macchu Pichu, we had a nice easy and relaxing three days in the town of Cusco, before heading back to Lima, and ultimately, Ireland.

And Cusco was great! It was probably the nicest town we had been to in the five weeks, in terms of the town itself. There was just a lovely vibe around the place, lots of nice buildings and open spaces - it really was the perfect spot to end the trip! 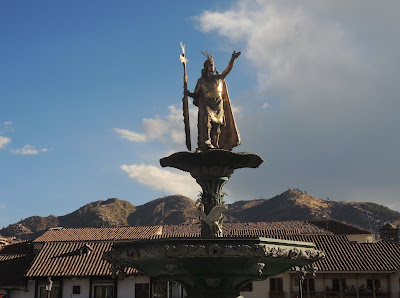 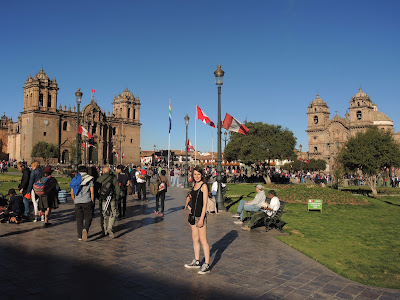 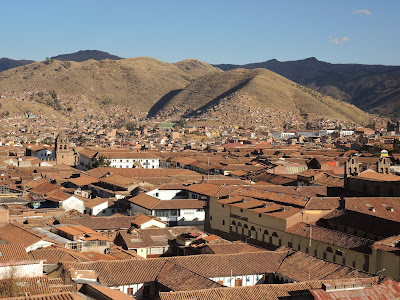 Cusco is also home to the self proclaimed "Highest 100% Irish owned Pub on the Planet", which isn't the catchiest tagline, but we'll go with it. I presume they put in this caveat as there are higher Irish pubs in the world, and in fact, while on our way to Everest Base Camp, we passed by one in a village called Namche Bazaar, which I presume is the highest non-Irish owned Irish pub... There's a title there for the taking if anyone from home wants to move out to the Himalayas. 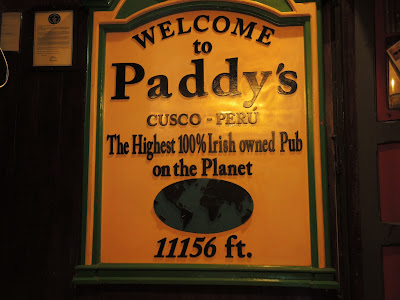 We've racked up a fair few far-flung (alliteration ftw!) Irish pubs on our travels, and it's not as though we go out of our way to find them - the Irish are just everywhere!

Though our time in Cusco was mostly spent winding down and lazing about in the sun, we did have an active day in there too, as we took a trip out to the Salineras de Maras, which were unlike anything we had seen before. Well, actually, they were kinda like rice terraces, but with salt. Salt terraces, I guess you could call them... 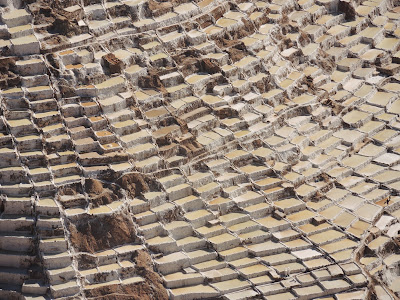 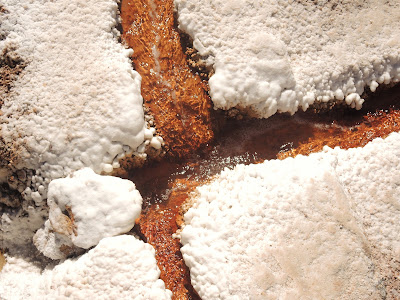 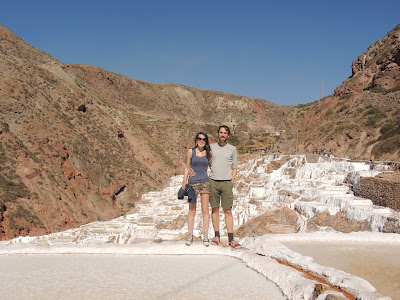 They were a bit out of the way, needing a collectivo from Cusco which dropped us off at the side of the road, with 5km more to be covered on foot. Luckily for us, about 500m into the walk, a man and his daughter pulled up beside us, offering to take us the rest of the way for a couple of quid, so it all worked out better than we could have hoped!

When we arrived at the Salineras, we got out, and so did the young girl, and the man drove off, so maybe she wasn't his daughter after all, just another passenger who paid for the lift. She was only like 8 though... That whole part of the story remains a mystery. She seemed to know what she was doing though, so good luck to her!

The Salineras themselves were definitely worth the journey out, and you could view them in all of their grandeur from the overlooking road, or walk right down onto the terraces, and in between the workers (who must be pretty pissed off with the constant stream of tourists). 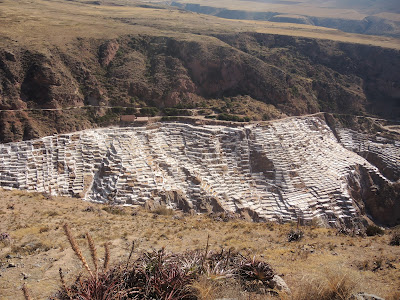 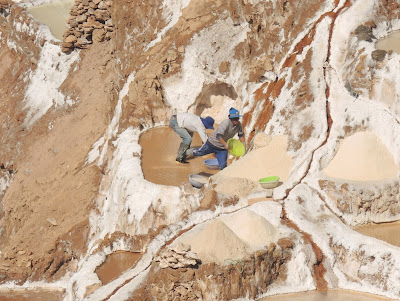 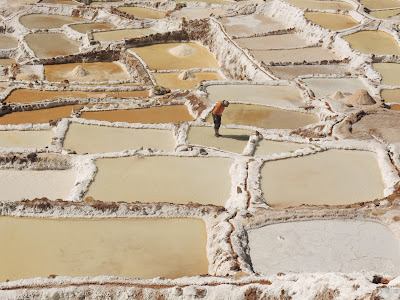 Getting back to Cusco was a lot trickier, as we had no lift back to the bus stop, and the bus stop itself wasn't really a bus stop, just the side of the road. We walked along for maybe half an hour, hoping that some other local in need of some extra pocket money would pull over and offer us a lift.

In the end, a couple of German girls who had hired a driver for the day spotted us, and saw the opportunity to make back a bit of money, so we chipped in, and off we headed back to Cusco! It all worked out in the end, but we'd probably recommend sorting out transportation in advance, instead of diving in blindly.

Back in Cusco, we tried to get a small feel for the local culture, through popular culture. This is something we've done throughout our travels; from reading Burmese Days as we journeyed through Myanmar, and Life of Pi in India, to listening to Bjork while driving around Iceland and watching In Bruges in, well, Bruges. So, when in Peru... 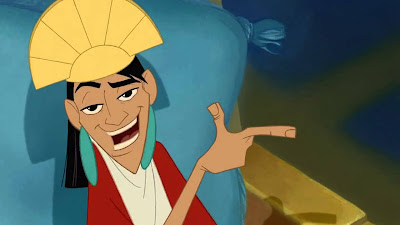 ...it had to be The Emperor's New Groove, which I can only assume is 100% historically accurate.

And that was all for a lovely few days in Cusco. We then had a quick flight back to Lima, which almost went horribly wrong as it inexplicably departed 2 hours before the scheduled time. Luckily we were at the airport a bit before then, and so what we thought was a nice early check in, became a mad dash through the airport. I don't know if the flight time had been changed and we were never notified, or if we were given the wrong time from the start, but I guess it just goes to show - always be at the airport early!

Coincidentally, when we landed in Lima, we noticed a couple from our Machu Picchu trek on the same flight. We had a quick catch-up and is it turned out, they were heading to the same part of the city, so we shared a cab. As we reached the district, we both checked our bookings and it just so happened we were staying in the same place! And this wasn't some grand hotel either, just a tiny guesthouse. That would be a coincidence in any small town, nevermind a sprawling city of 10 million people like Lima!

Lima itself was as we left it, nothing much going on, so we just wandered about, went to the Larcomar Shopping Mall which is built into the cliffside, and bumped into another bit of deepest, darkest Peru that has seeped into Western culture. 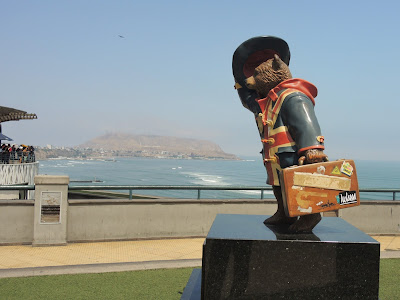 That area of Miraflores is probably the nicest part of the city, and as the sun had come out for the first time in our few days in Lima, we made a video diary in the park.


And it wouldn't be a holiday without a visit to an escape room, twice in fact, both of which we nailed! Our record now stands at 10 wins out of 12, and we're still bitter about the two that got away... 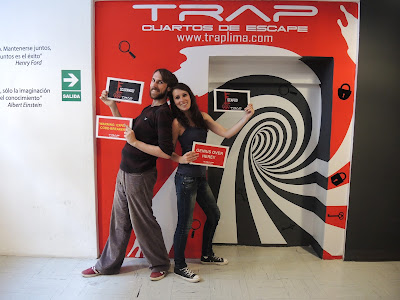 And that was our 5 weeks in South America! All that was left was a flight to Gatwick, a bus to Heathrow, another flight to Dublin and we were home! It was a new continent for us, and we liked it so much that we're heading back there again for three weeks in Argentina, Paraguay and Uruguay, kicking off the day after tomorrow. I'll try to be a bit more punctual with those entries, the first few at least, but for now, I'm up to date!*

*Except for all of the European holidays that I've not written a word about...
Posted by Mark O'Leary at 6:24 AM