It's strange that Kathmandu will be my last blog entry from Nepal, seeing as it was actually the first place we visited here. Our stay in town came in three parts: before Everest, after Everest and before China; and equally, our impression of the place could just as easily be divided into three stages, namely: preparation, rejuvenation and finally, realisation.

When we arrived in Nepal, we had two days here before we set off on our Everest expedition, and in that period we did nothing but get ourselves sorted for the task ahead - between buying and renting gear, researching where to go, and getting our bags in order - so, we really had no time to do anything else of note. In fact, in those two days I only took one photo, of an ATM machine that took my card and gave me no money (which added another point to our, already lengthy, to-do list...)

Still though, for those two days, Kathmandu provided us with everything we needed, so our first stay here was a complete success. 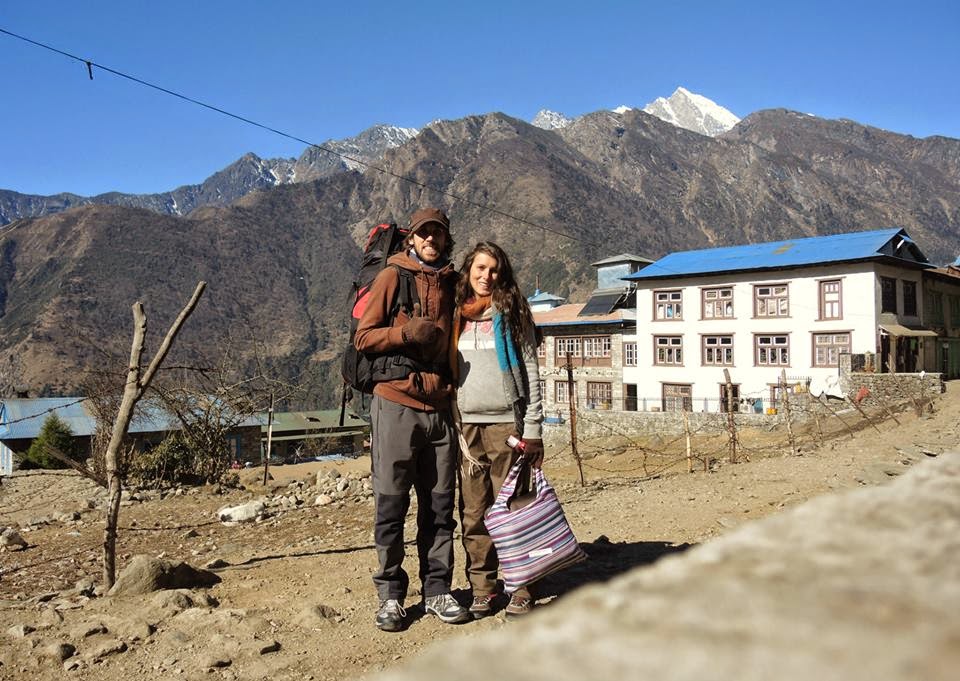 Fast forward two weeks and after completing the most grueling challenge of our lives, we were absolutely ecstatic to be returning to civilisation, and had been fantasising about Western food, hot showers and clean clothes. Again, Kathmandu came up trumps, taking us in and giving us everything our hearts desired. 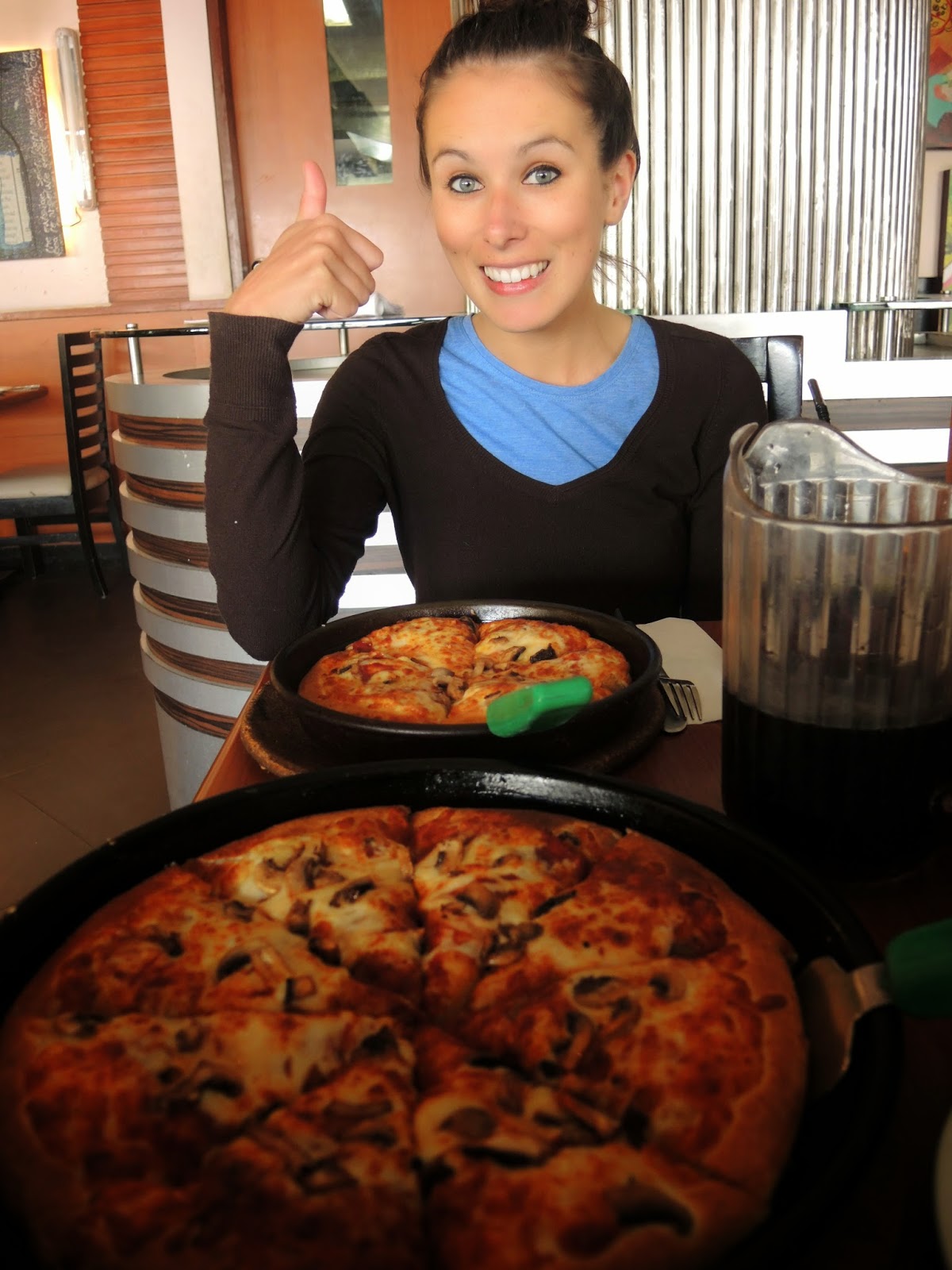 Being honest, it was just nice not waking up to icicles in my moustache! One of the best things about being back in Kathmandu was, not only spoiling ourselves, but seeing all of the newly arrived trekkers buying their gear, or at the supermarket, stocking up on energy bars. Meanwhile, we’d pass by at the checkout with an armful of Toblerones! Sucks to be them! Enjoy freezing your holes off!

We had four days in town this time and while the first two were spent pigging out, I couldn't relax fully as I also had some studying to do. See, the thing is, while we were on Everest, I had received countless emails and phone calls from Trinity College Dublin about my application for my Masters in Education. And it's lucky that we just so happened to finish our trek two days early, as I found out that I had a phone interview in two days time! Anyway, long story short, I was accepted! So, time well spent!

For the remainder of our second stint, we decided to do the whole tourist thing again and see what the town had to offer besides trekking shops and Pizza Hut. 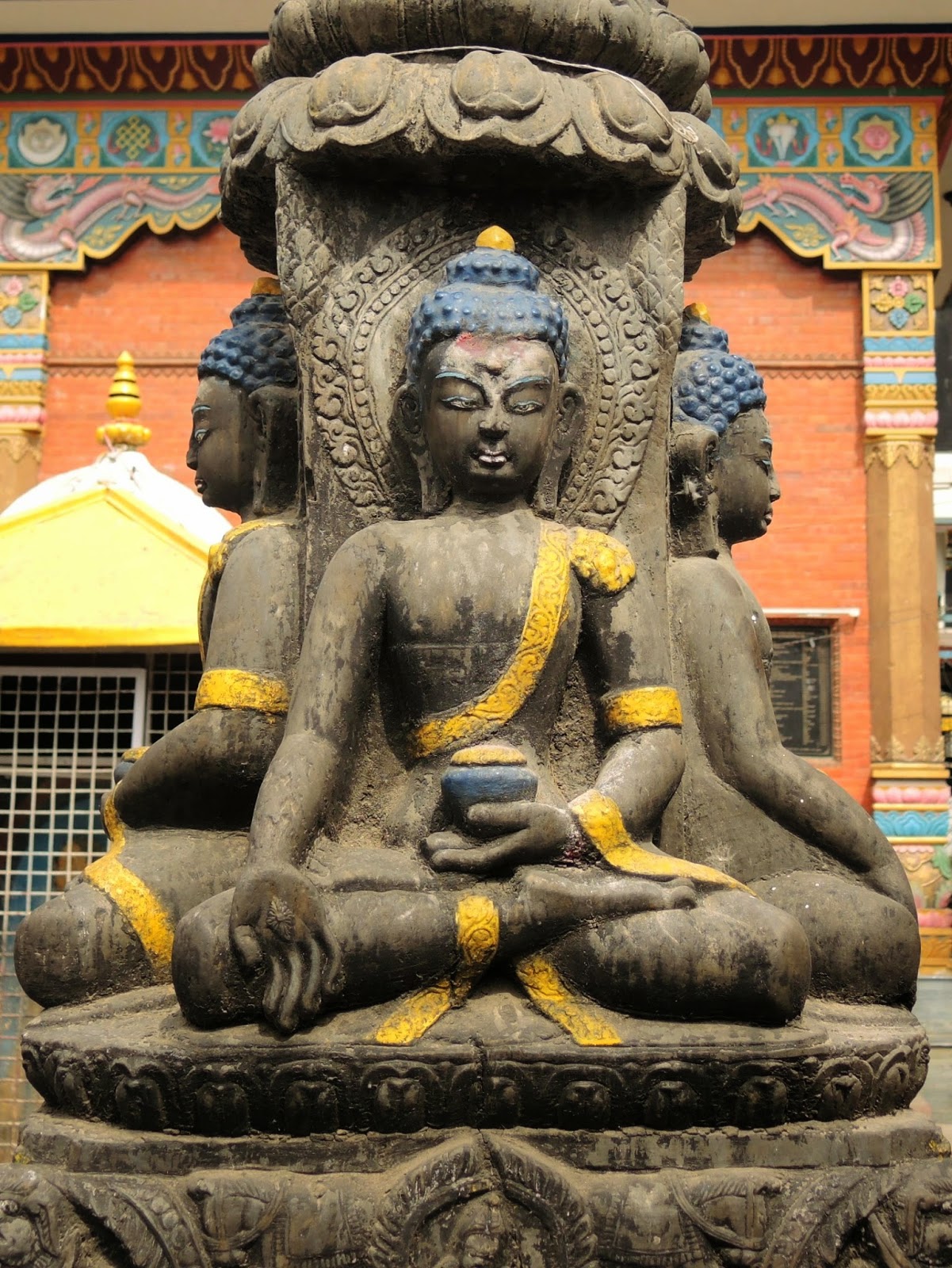 And apart from a few Marge Simpson Buddhas, the answer was... not a lot. Thus began the start of:

Kathmandu wasn't really that great at all. During our first two stints here, it was perfect and we couldn't have hoped for more from the place. But when we viewed it in the cold light of day, as a city in itself, it wasn't all that impressive. It quite quickly turned from Kathmandu, to Kathmandon't...

Still, it gave us what we needed, so it gets a thumbs up from us (though we won't be heading back for a return trip any time soon). Ah, but we did see a couple of nice things while in town. One of the days, we followed the Lonely Planet walking tour of the city, which was worth doing. It's not the nicest city aesthetically, but it does have its own style. 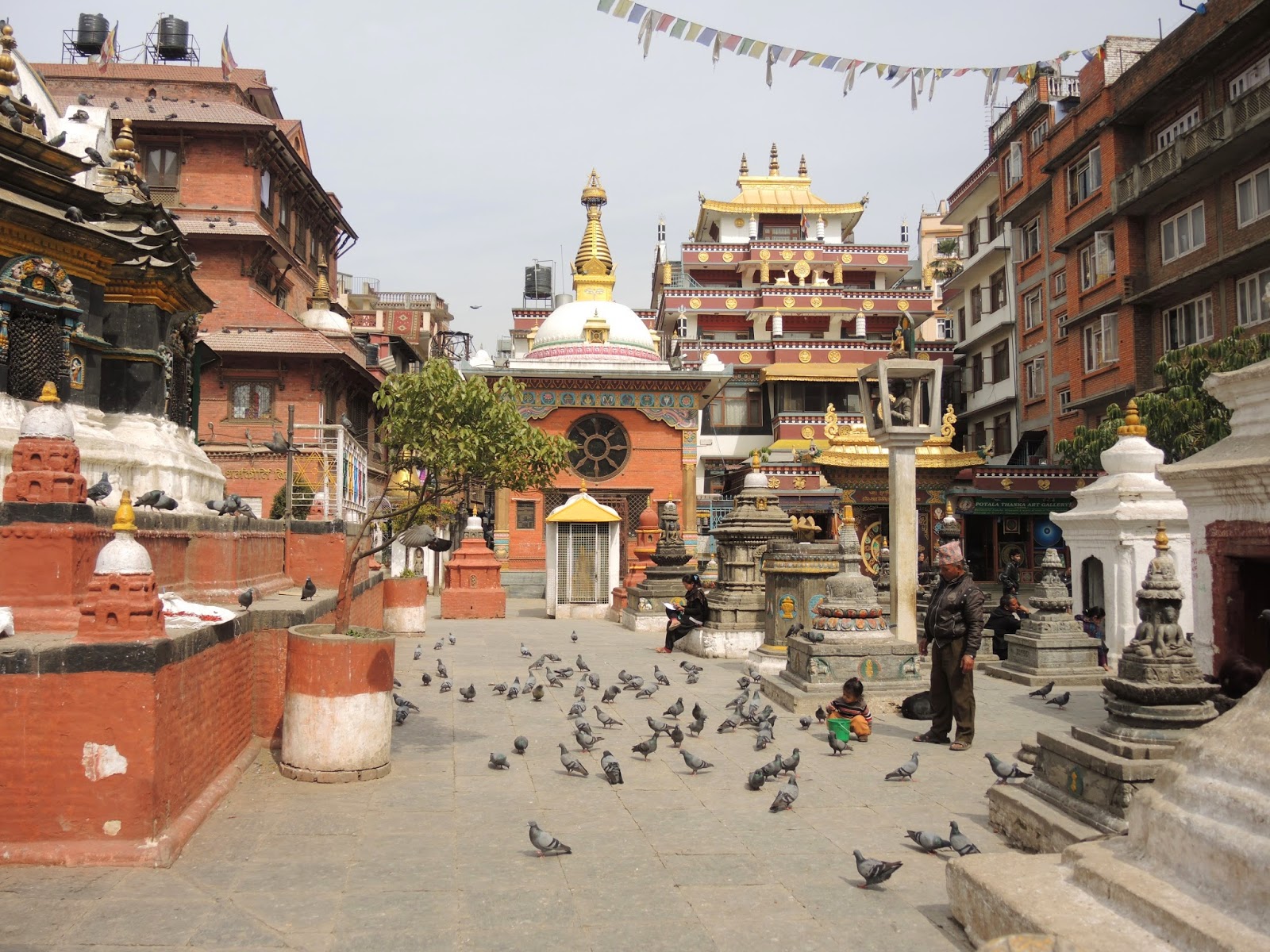 On this tour, we finished up at Durbar Square, which is just a square really in the centre of the city, nothing special, but here's a quick tip for you (and I'm not encouraging people to do this... I'm just saying you can if you want... and we did...!), in Kathmandu Durbar Square and also in Patan Durbar Square in the south of the city, there are ticket booths at the entrance charging something like €5 just to walk in. It's a ridiculous price considering how much things are in the country, and more so because it's just not that good. But, if you really do want to see it, or if you just want to stick it to the man - once you reach the entrance, backtrack a bit, walk through some side alleys instead and you'll be able to enter the square from a different angle free of charge! 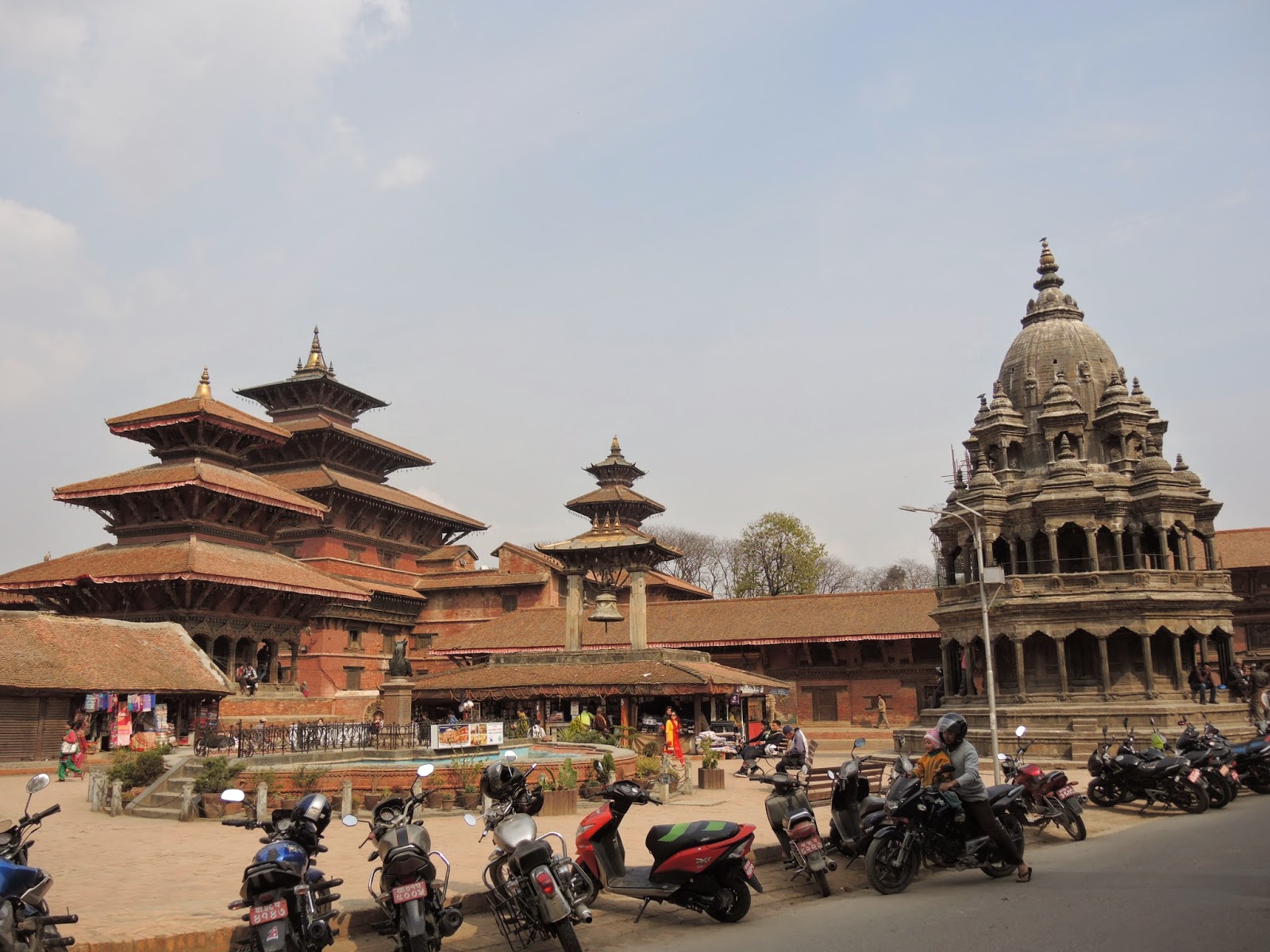 Again, I'm not saying you should do this, but... well, you should.

The nicest thing in the city is probably the Buddhist pagoda of Boudhanath. We've seen countless Buddhist shrines, temples and pagodas all over Asia, and sometimes they can all seem a bit samey, but at least in Nepal they seem to have their own style with the distinctive, round shape, big set of eyes and the classically Nepali coloured flags. 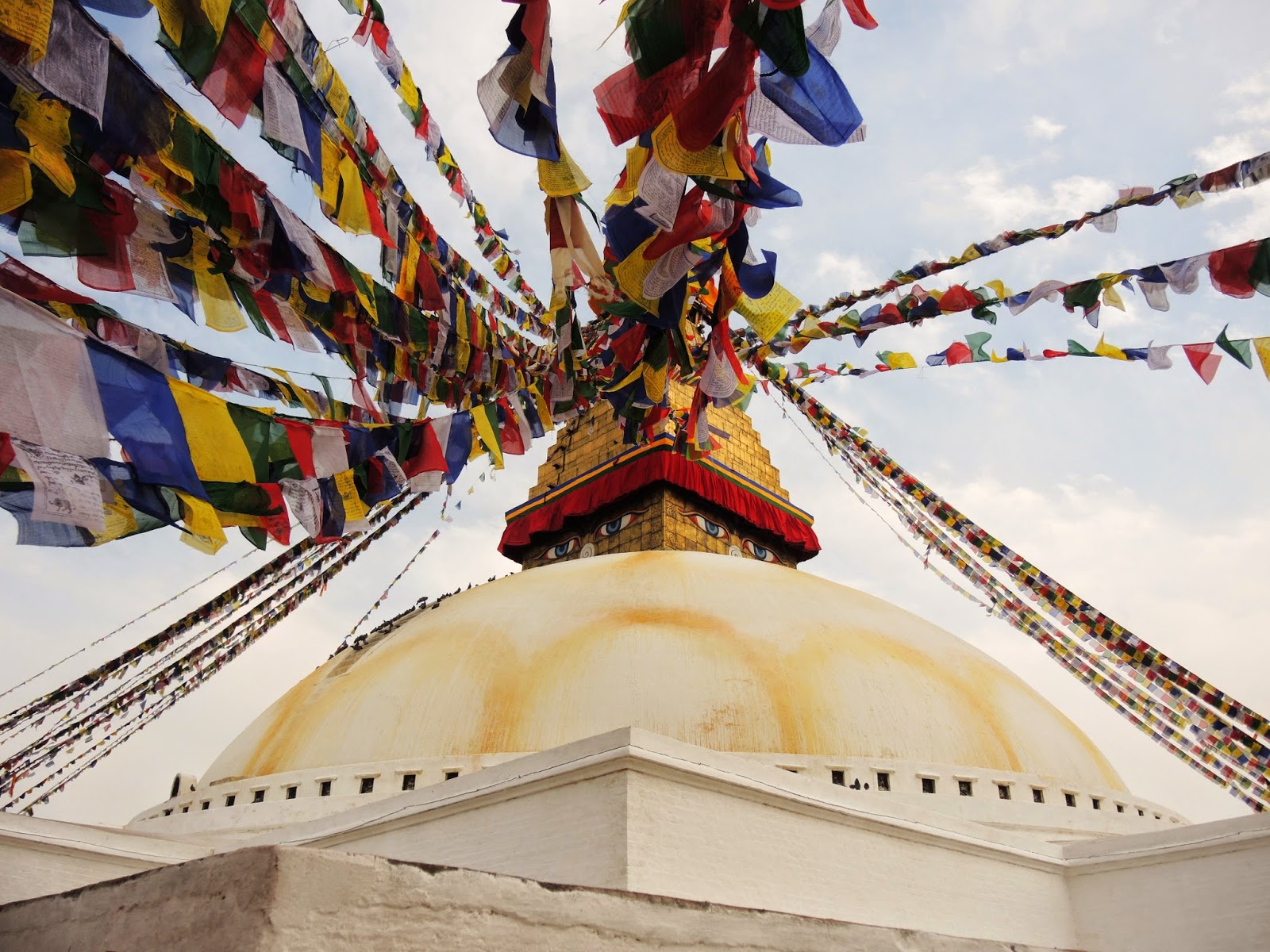 Also, a point to note - Nepali people seem to be big into wrestling! And I don't mean that the sport itself is part of the culture here, like it was in Mongolia. I mean, they watch a lot off WWE! I've seen it now on three separate occasions and it's not as though I'm wandering around, peeking through people's windows or anything (not often anyway). The first time was when a staff member was having a sneaky peek as we were applying for our trekking passes in Kathmandu. Then, they were watching in our hotel in Pokhara. And strangest of all, we saw an episode from like 20 years ago while having dinner after our first day of trekking on Everest. (The Rockers vs. Legion of Doom in case you're wondering). 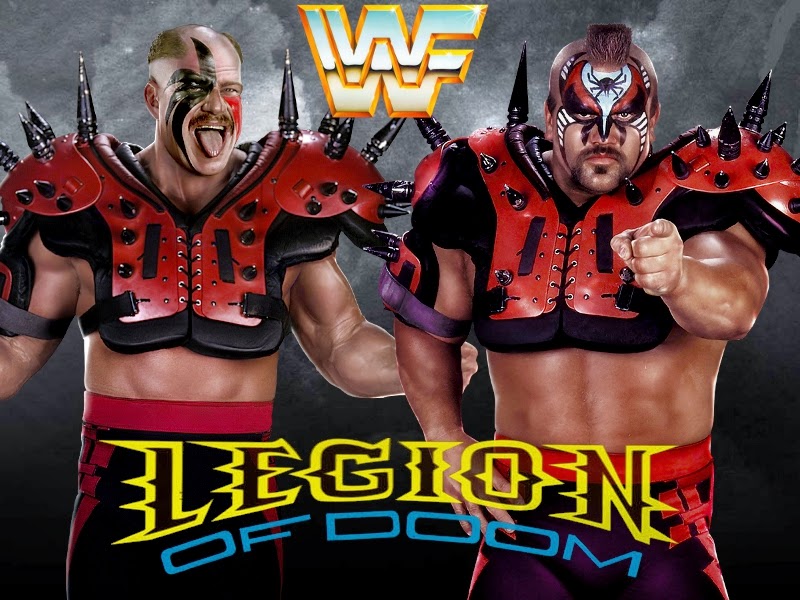 The only other little excursion we took was a daytrip to Bhaktapur - only 12km from Kathmandu, although it took close to 90 minutes to get there with traffic. It's worth visiting though and is much nicer than Kathmandu. It's quite similar in terms of architecture and all that, but it's much more authentic and there was just a nicer atmosphere around the place. In fact, if you only have a short time in Kathmandu, I'd recommend coming here for a day, instead of exploring the crowded and bustling capital. 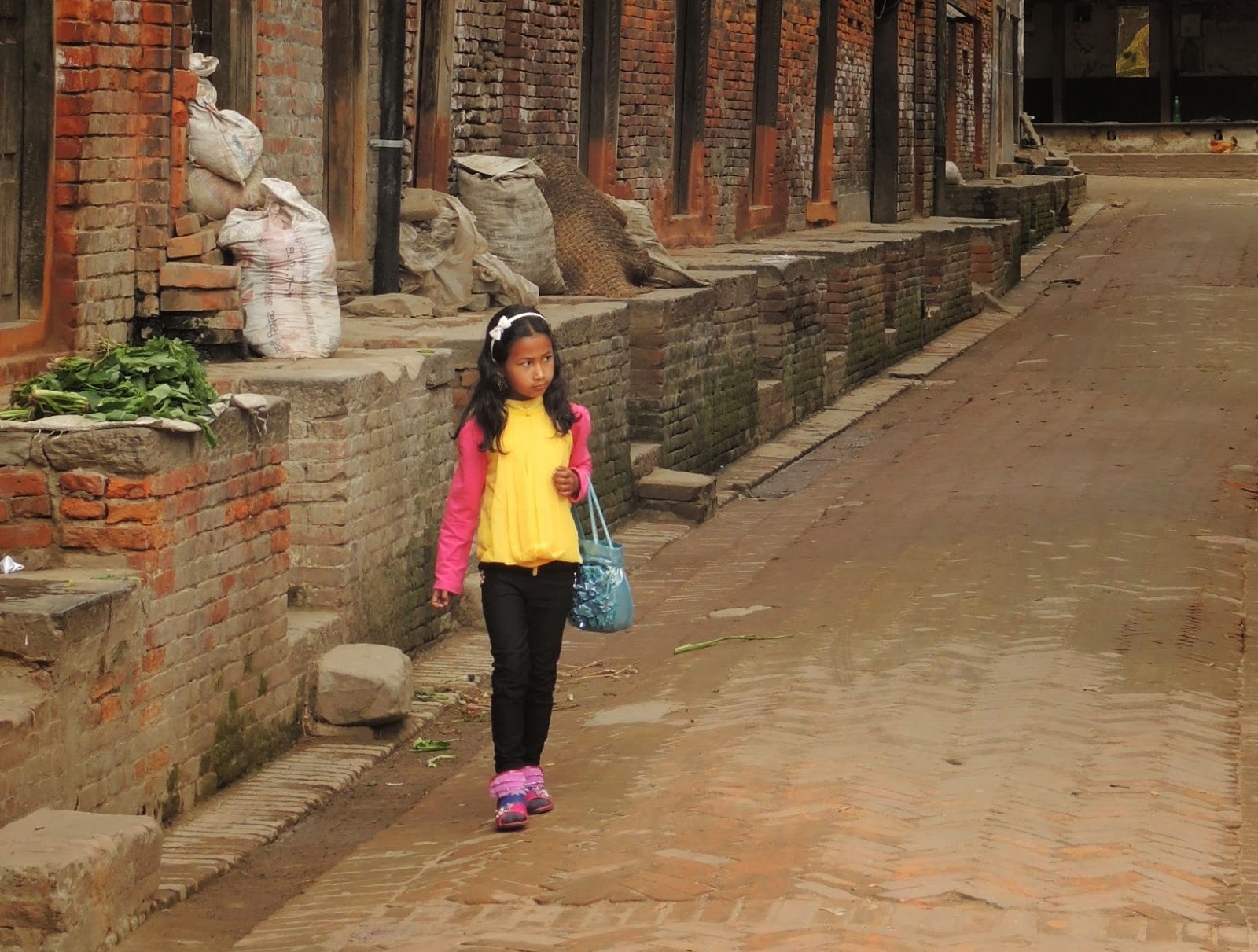 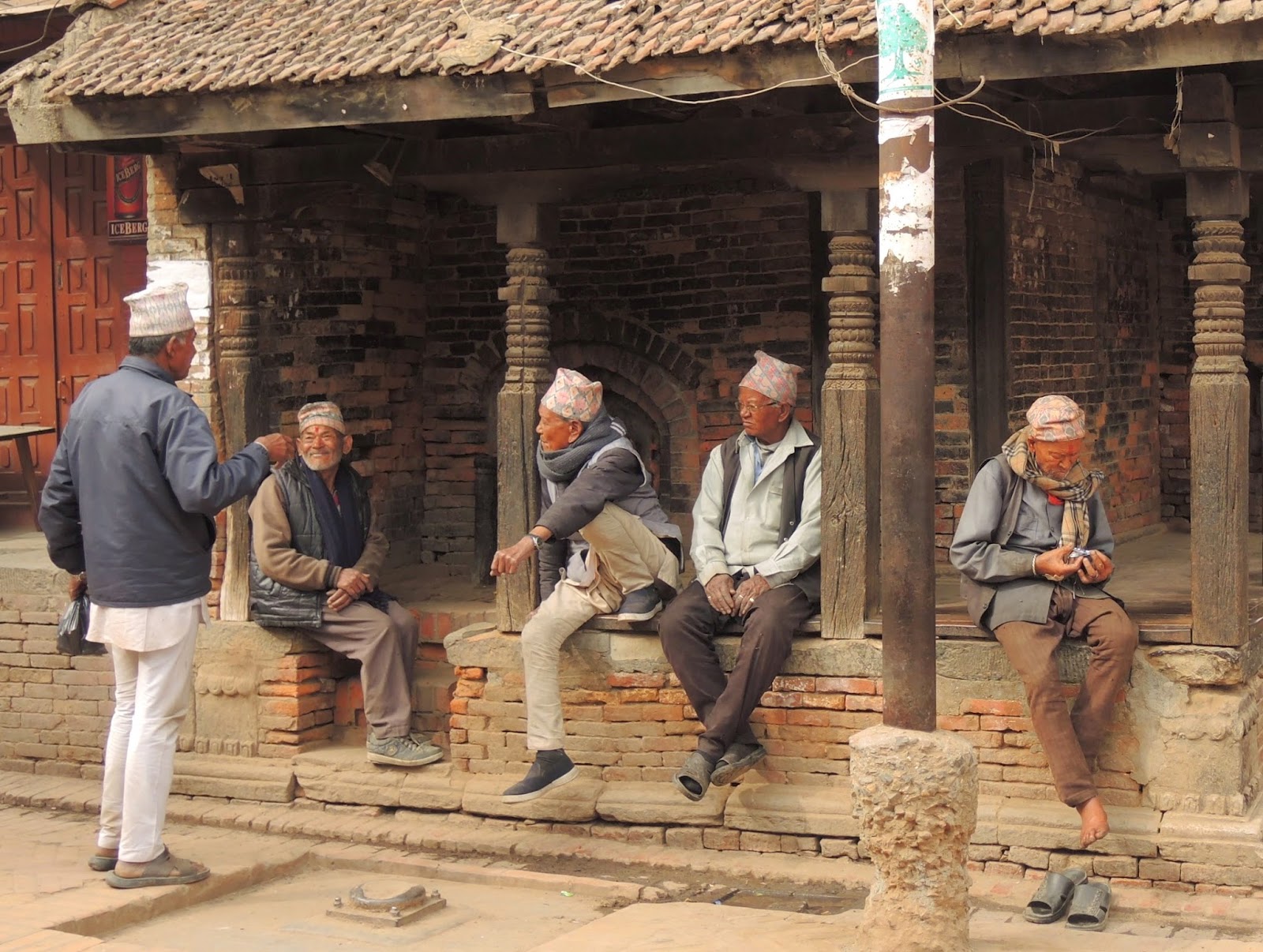 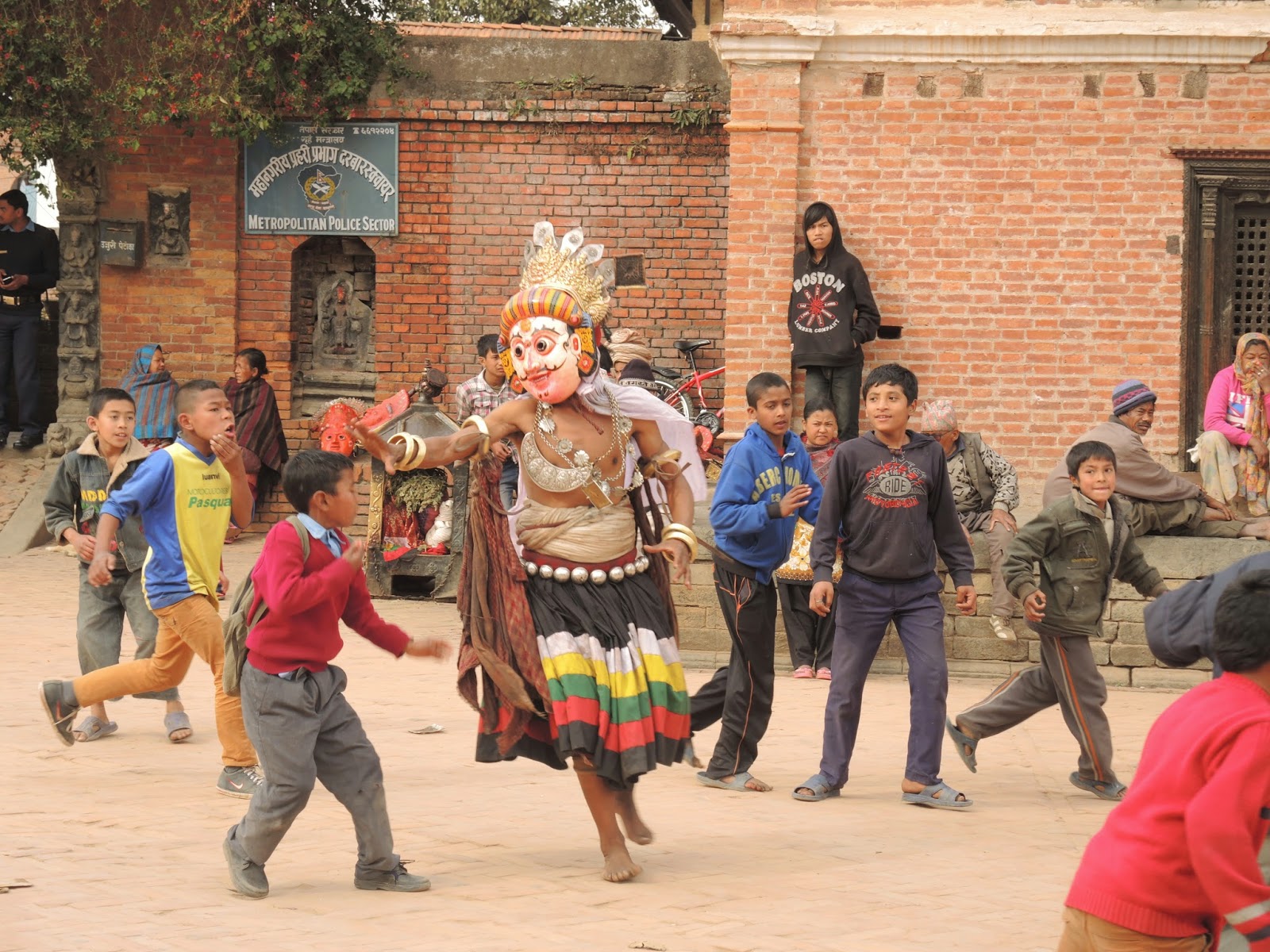 On our last day, Kathmandu was ready to get a much needed boost in popularity as we had planned to go bungee jumping, but as it turns out, the one day we had set aside for it, was the one day it was closed! Major bummer! And the worst thing is, we had lots of free days here, we could've gone any time if we had only known! Instead, we had to downgrade with a visit to a climbing wall. Having said that, it was actually a lot of fun, and dirt cheap too! Less than €2 for a couple of climbs. I’d been meaning to try it for years. They even had a wall in UCC and I always said I’d do it some day and never did. I got to the top as well, on both climbs! If only Gladiators was still on, I’d fancy my chances. 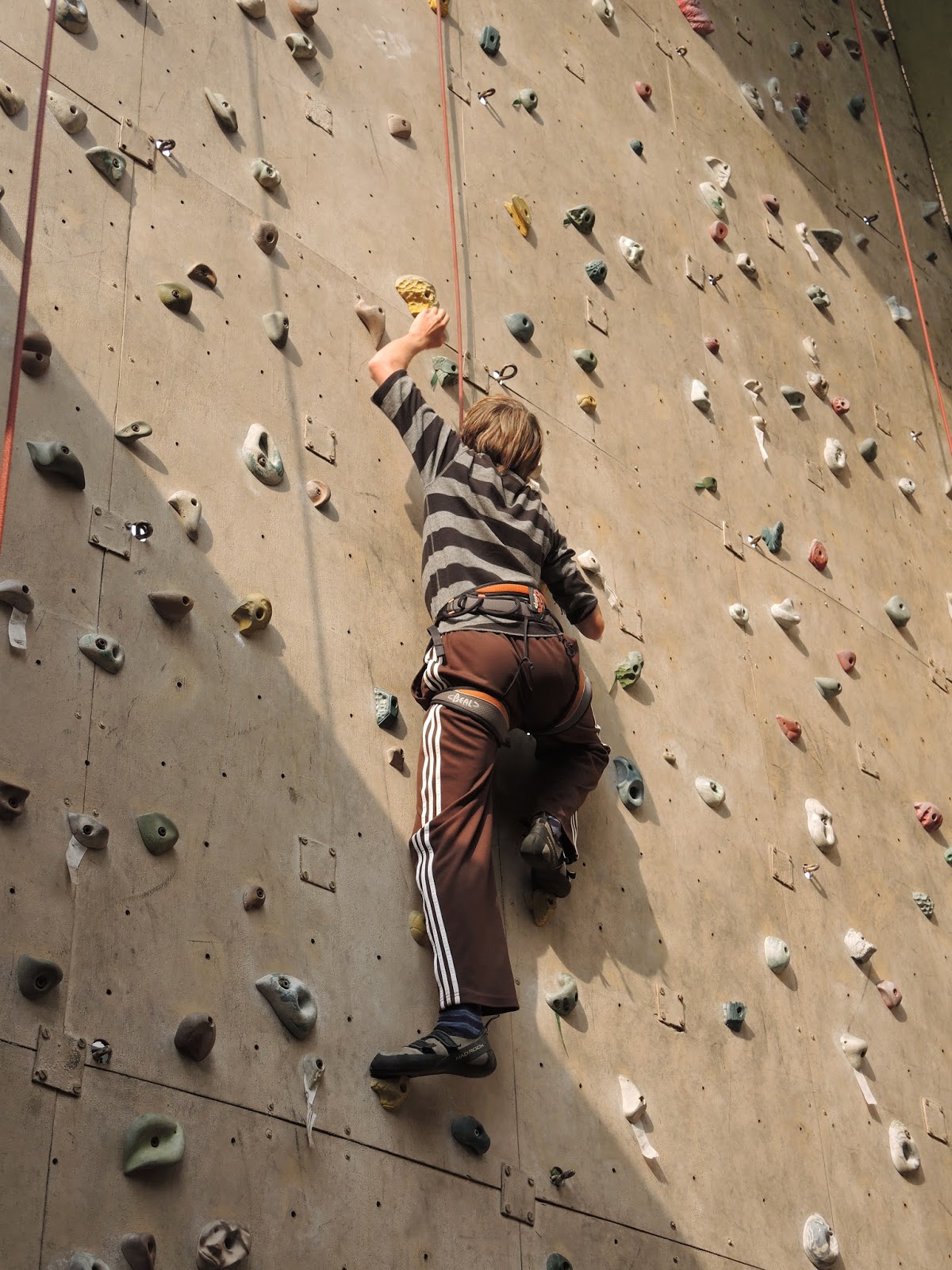 And that was all for Kathmandu and Nepal as a whole! Here's our latest video diary, squashing together our stays in Kathmandu and Pokhara.

So, Nepal... as I said in the last entry, we were expecting it to be up there with our all time favourites, and although we have some very memorable moments from Everest and paragliding in Pokhara, it'll more than likely finish mid-table. For now, we were in the final stretch of our final adventure, and about to return to China for the last time. Next stop, Yunnan Province!
Posted by Mark O'Leary at 6:17 AM