What goes up, must come down. So after our trip north of the border, it was only right to see what the South had to offer. The Koreans themselves don't get to compare, so it was only right that we do it on their behalf. Two paths diverged in a yellow wood, and we travelled both - so after waking up in Pyongyang, we eventually bedded down that evening in Seoul (this defection business is a lot easier than it's made out). Having said that, it took us 14 hours to get from one to the other (via Beijing), quite the journey when you consider that the two cities are less than 200km apart. Although, they're separated by a lot more than just distance... 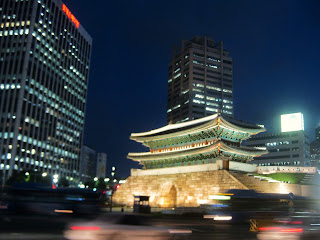 As for Seoul itself... Well, to be honest... meh! It wasn't unpleasant or anything, far from it, and the people were actually exceptionally nice, but sadly, it just didn't do anything for us. I guess it didn't help that we both fell ill here on separate occasions, but considering we spent almost a week in the area (including 2 days in Seoraksan), it never really made any serious impression. I'm sure it would be a nice place to live, but for tourists, it just lacked that wow factor.

Sorry for the negative start there, how very disappointing for anyone reading. On a more positive note - new country! Unless of course they sort out this whole "reunification" thing with the North, then these two notches on our proverbial bedpost will be reduced to a measly one, and coming here will have been a big old waste of time! I don't know why we even bother... Some peninsulas only think of themselves! 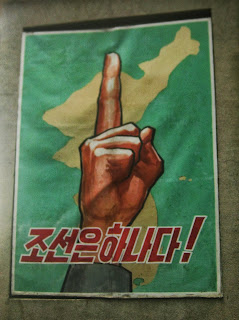 So, just to give you a quick rundown on what we actually got up to in Seoul. On our first day in town, we headed to Gyeongbokgung Palace, which was nice and all, but not too dissimilar to many more that we have seen already throughout China and Japan. I know that's probably a bit insulting, and I'm sure there are many distinct architectural differences to admire, but to be honest, after a while they all just start blurring into one. 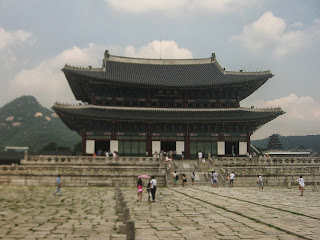 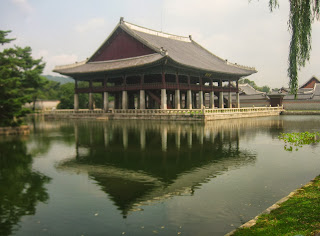 I guess one thing that was distinctive about this palace was the Korean Royal Guards that kept watch outside the main gate at Gwanghwamun. There's a 'changing of the guard' procession every hour on the hour, and luckily, we arrived just in time to see this. The poor guys then have to stand there motionless, (presumably counting down the seconds til they clock off), while hordes of tourists came up to get their photos taken. Well, I don't mean to sound all high and mighty about it; we made sure to get a pic too! 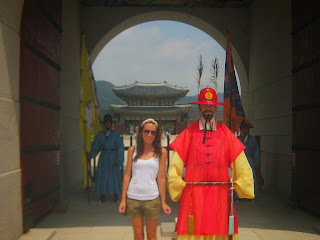 I don't know who I feel worse for - the main guy who everyone bothers for a photo, or the ones at the side who nobody cares about at all... 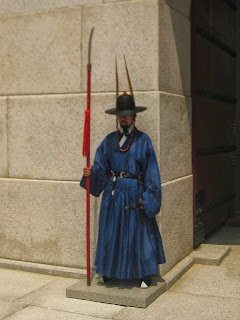 Just look how lonely he is!

Next, we went to the Seoul's Olympic Park, ready to see the world's greatest athletes representing their countries and competing for the ultimate prize; only to find out that we had our dates wrong and we had actually missed the whole thing by 25 years...! Embarrassing! Funnily enough, the same thing happened to us earlier this summer in Beijing. We really need to get a new calendar... 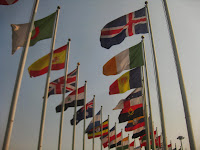 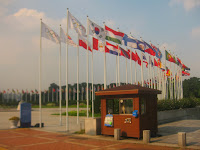 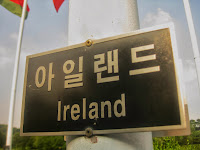 It was a nice walk around the Olympic Park though, and interesting to stroll through the lines of flags for the competing countries, mainly just to see how many of them don't exist anymore!

That evening, to round off a busy day, we went to Bongeunsa Temple, which was fairly standard as temples go, but it was nicely lit up at night. It also served as a good excuse to pass through Seoul's, now world famous, Gangnam district! Surprisingly, there was no real mention of PSY at all. I would've thought they'd be going all out to cash in on their new-found global fame, but apparently not. In fact, we actually saw very little 'post Gangnam Style hysteria' anywhere in the country. 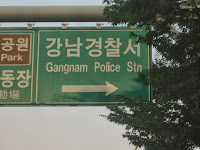 The next morning, we headed to Yeouido Island in the centre of the city, rented bikes and just went for a relaxed cycle along the riverfront. It was probably the nicest thing we did here, but it was hot hot hot! Similar to Japan last summer, it gets into the 30s every day and it feels even hotter if you're in the middle of a big city. So, it was nice to leave the streets behind, and even the casual exertion was worth it for the waterside breeze. 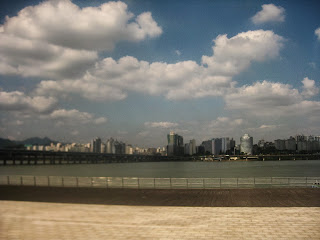 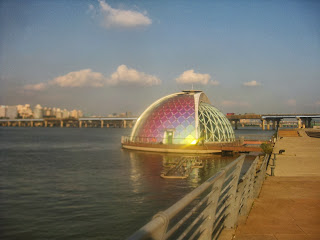 As I mentioned earlier, there wasn't a whole lot to do for tourists here, nothing that interested us hugely anyway. The most popular thing for visitors is a day trip to the border, but well, we did it last week so, whatevs! Haha, we've become such travel hipsters since our time in the DPRK - "Oh, you visited the DMZ from the south? That's cute...".

And speaking of which, the next day we visited the Korean War Memorial & Museum. Now, we're not usually big on history museums, but we do make the effort when it's something worth reading about, and seeing as we had been told one side of the story, it was time to hear the other. Obviously, everything we had heard north of the border should be taken with a pinch (or maybe a bucket) of salt, but that's not to say we got a completely unbiased view down south. Every museum is going to favour the home team. 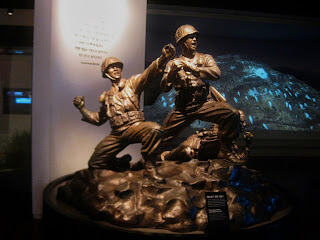 It was an interesting place and worth the visit, but (understandably) one-sided. I know that's always going to be the case, but you can't help but wonder how fascinating it would be to have a war museum where both sides are represented equally, and you're given an honest insight and explanation for the motives of every nation involved. 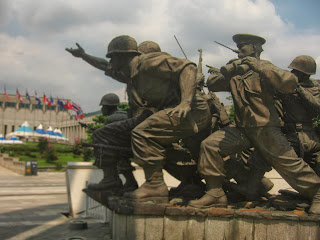 That was the last thing we did in Seoul itself, but the blog's not over yet, as that evening we got a bus to Seoraksan National Park where we would be spending the next two days. We didn't really do a whole lot there so I'm just going to lump it into this entry too. Our original plan was to arrive at night, get up early the next morning, go on an 11-hour climb to the peak, spending the night there in a mountain cabin. However, during our time in Seoul - where you'd work up a sweat just standing in the shade - we decided that an all-day slog may not be the best idea. And it turned out to be the right decision! In Seoraksan, we went for a short 2 hour hike and that proved to be enough for us. 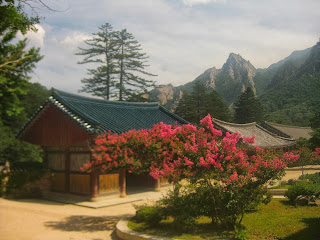 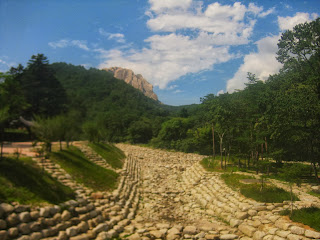 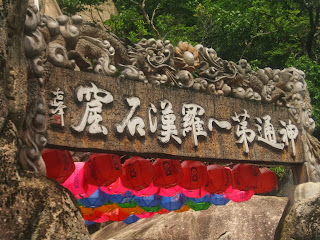 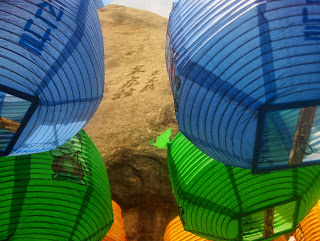 We were going to take another short climb to a nearby waterfall, but it was just too hot to handle. Besides, someone once told me not to go chasing waterfalls, so instead of a hike under the midday sun, we chose an afternoon of good old TLC!

We returned to Seoul after two days, before ultimately flying off to the island of Jeju - the next leg of our adventure.

Fun fact: Seoul to Jeju is the busiest flight path in the world with over 10 million passengers going back and forth last year. How about that?!

We also made a video diary, well, actually we forgot to make one in Seoul itself, so here's our Seoul Video Diary, filmed in Jeju:

Not the most exciting blog post to be honest, especially coming on the back of the DPRK entry, but it does get a lot better! Prepare yourselves for a fun overload next time around in the wonderful land of Jeju-do! Stay tuned for that!
Posted by Mark O'Leary at 4:48 AM