As I finished up last time around, we were saying our goodbyes, or rather our 'see you soon's to Vietnam, ready for a new challenge and a new country, Laos - not to be confused with Laois (I don't think there's a direct bus from Vietnam to County Laois...). This entry will be quite brief as Savannakhet was just an interim stop for us. Our next real destination was the country's capital, Vientiane, but going from Hué would have been an uncomfortable 15 hour bus ride, so we decided to split up the journey and spend a day in this completely nondescript Laotian town. (Wow, I just looked it up and it's actually the second biggest city in Laos! It was tiny!) 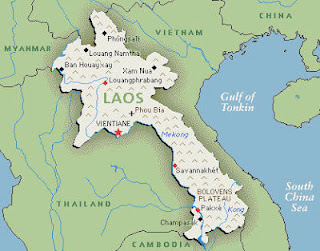 But let's back up a second, there was drama before we even left Hué...

On the morning of the 27th, we were dropped off at the station, shown to our bus and were told by the driver to leave our bags in a pile by the luggage compartment and take our seats on board. So we put down our things and walked around to the doorway. As we reached the front of the bus we thought, maybe we should wait until the bags are safely packed away before getting on, just in case, so we turned around and went back to the luggage pile. Everything seemed untouched, except for my rucksack, which was gone! There was momentary panic as I checked if it had been loaded up already, it hadn't. I went around to the luggage compartment on the other side, not there either. My momentary panic turned into a more serious one. It was nowhere to be found, and with people and motorbikes coming and going the whole time, someone had probably just picked it up and done a runner while our backs were turned. Bye bye rucksack, we hardly knew ye... 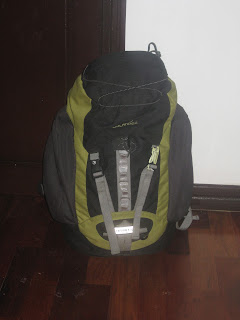 But wait, hold the eulogy! It's not over yet! It was found about 10 minutes later tucked away in a different compartment on the other side of the bus! How it got from the pile to there in the time it took us to turn our backs, I'll never know, but at that stage I didn't care, it was safe! (In fact, I just took that photo right now for the purpose of this story).

I'd like to say that after that initial scare, the bus journey itself was a dream, but it wasn't. We were tucked away in the back corner of the bus, with coal-sized bags of rice under our feet, taking up all of our leg room. A ten hour ride on an overcrowded Vietnamese bus isn't a delightful experience at the best of times, never mind when your knees are up to your chin! And to make matters worse, a local guy came over to us after about half an hour, saying that we were in his seat. In fairness, his ticket did say seat 47, which is where we were sitting, but we were never actually assigned seat numbers and the driver put us here himself. (I wouldn't be surprised if he just wrote down number 47 on the ticket himself to trick us into moving!). Getting up meant standing for the next ten hours, or else sitting in the already crowded aisles, so we stood our ground (or rather, sat our ground), and refused to move. Thankfully he had no English, so he couldn't really argue with us too much, apart from pointing and grunting, which we ignored. Ireland 1, Vietnam 0.

At the border crossing, it was a mad dash to get our stamps, get our Laos visa and get back on the bus before this guy could swoop in and take our seats. We were at the border for a good 45 mins I'd say, waiting anxiously as the guards went through all of the passports one by one, and handed them out to the crowd in no particular order. Finally, we saw our little maroon booklets come to the top of the pile, we grabbed them and jumped back onto the bus, regaining our seats just as our rival climbed aboard. Ireland 2, Vietnam 0! 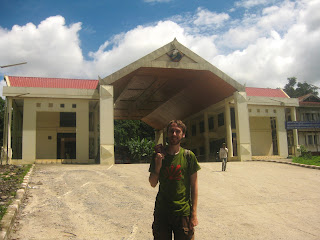 For the rest of the trip, we survived on a packet of shortbread biscuits and made sure to keep an eye on our friend at any rest stop. We may have had crappy seats, but they were OUR crappy seats!

We finally arrived in Savannakhet and got a tuk-tuk to our guesthouse with two English guys and a Dutch girl that we made friends with along the way. We didn't do much for the rest of the evening besides hanging out and going for dinner. In fact, we didn't do much the next day either! There's just not a lot to do here! We hired a couple of bikes alright and had a nice time just cycling to nowhere in particular, along the riverside, around a few small temples, to the dinosaur museum, down by the... wait what, I hear you say! Yes, Savannakhet has a dinosaur museum! 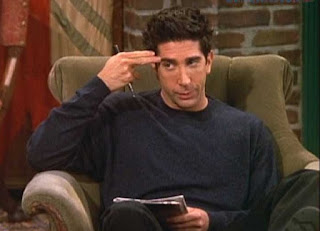 I mean, who doesn't like dinosaurs?! Apparently the place is a real paleonthological hotspot! It was the thing I was most looking forward to seeing here (well, it didn't really have much competition), and even though I knew Savannakhet was just a nothing town, and the museum would most likely follow suit, part of me was still holding out hope that it would be incredible, with life-size models, interactive features and all that jazz! It wasn't... 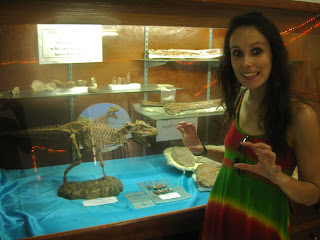 This was really as good as it got! (T-rex not to scale)

The "museum" consisted of two small rooms with a few boxes of bones, which actually looked more like rocks (they weren't even bone-shaped!) and some small exhibits that were in Vietnamese and French. And that was it! We had a laugh though! It was only like 50c to get in, and in a way, it was so bad that it was kinda good!

And that was it for Savannakhet. The fact that I spent more time talking about our journey there, than the town itself tells you all you need to know about the place. We had a nice day there, but won't be going back anytime soon. That night we got a sleeper bus (a really good one actually!) up to Vientiane with the two lads from Birmingham (Adam and Adam) and so that's where I'll pick things up next time.

I hope you like the sound of wind!
Posted by Mark O'Leary at 4:22 AM