Singapore, Singapore, is it a city or is it a country? Who knows! Either way, it couldn't have been more different from the Asia we'd seen so far. This ultra-clean, ultra-modern metropolis was a far, far cry from the sweaty streets of Bangkok, or the floating, straw villages of Cambodia. We had to double check our maps to make sure we hadn't accidentally stumbled into the wrong continent!

Singapore has a reputation of being a bit of a police state, where you get heavily fined for pretty much everything! There's absolutely no littering, no chewing gum, no smoking in most places, no jaywalking, no spitting, no drugs, the list goes on. You're not even allowed pirate DVDs! 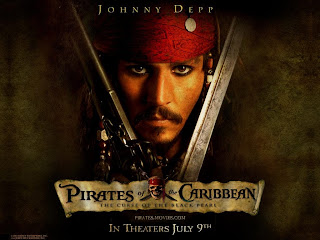 Don't even think about it!

When we arrived, we headed straight for the hostel, The Travellers Inn. Accommodation here is a bit more expensive than the rest of SE Asia, so we just went for the most basic place we could find. It was grand though, clean and centrally enough located. All of the rooms in the hostel were named after planets too, instead of just being numbered, how exciting! It was just like the hostel we stayed at in Bratislava over the summer, where each room was named after, and decorated like, a different city. And so what planet did we end up staying on?? ....Earth. What a disappointment. True to its name though, the room was far from being 'out of this world'. You could barely open the door, the room was so small. Still, we were only in Singapore for two nights, so we just needed somewhere to throw our bags and sleep.

After we got settled, we went for a wander around, and as it was less than two weeks til Christmas, the whole city was just one big winter wonderland! It was spectacular! The most impressively decorated place I've ever seen! (Then again, I've never spent Christmas outside of Cork before, so it didn't have too much competition...) 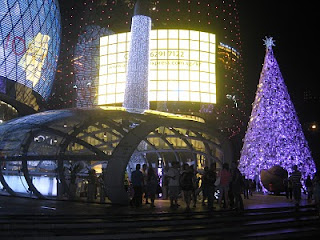 We took a stroll around Orchard Road, got some ice cream and then jumped on a free open-top bus ride around the city to see all the lights. All in all, we had a great night!

The next morning we got free breakfast in the hostel, well, free toast, and booked tickets for the Night Safari in Singapore Zoo. That morning we were also greeted by an enormous cockroach in our room. It really was massive, the size of your thumb! So much for being the cleanest city in the world... ah no, that's unfair, it actually was spotless apart from that.

That afternoon we hopped on a bus (several buses actually) to the MacRitchie Reservoir, a big foresty kinda national park. It had a pretty cool suspension bridge over the forest canopy too, although it was a mighty long walk up to it! 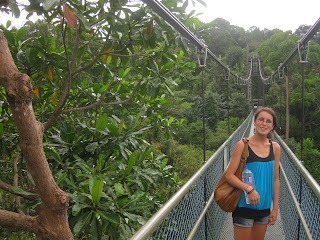 We spent most of the afternoon hiking around the park (half of that time was spent actually looking for the exit...), and when we got back to the city, we headed to the Fountain of Wealth, the biggest fountain in the world!!! 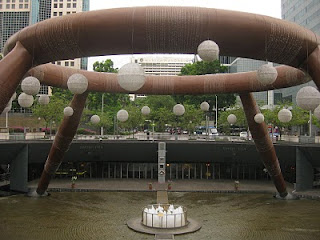 .....only to discover that it was turned off. How disappointing! Apparently it's turned off three times a day so visitors can walk around the centre. Pfft! What's the point in going to see the world's biggest fountain if it's not even turned on?! It's like going to see... emmm.... (I actually spent about 10 minutes trying to think up a witty simile, but failed miserably!)

Next we paid a visit to the "Merlion", a big tourist attraction here on the marina. It's, as the name suggests, some sort of half lion, half mermaid hybrid. (But isn't a mermaid half woman, half fish? So surely the merlion is just half lion, half fish...?) Anyway, the merlion itself was pretty cool, but the surrounding marina was one of the most unbelievable sights I've ever seen, and yes, I do mean unbelievable in every sense of the word! It looks like it's a Salvador Dali painting come to life! 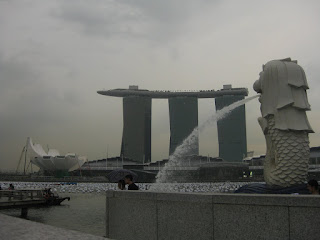 Yep, that's right, there's a lion with the body of a mermaid shooting water from its mouth. Oh, and what's that in the background? Just an ocean liner resting on top of three skyscrapers. And what are those things floating in the water? Ok, thousands of white beach balls, is it... It was unreal though! Or rather, surreal... It's a shame it was quite gloomy that day, I can only imagine what it would look like with blue skies. (And that picture wasn't taken in black and white, by the way, it just really was that dull and grey...).

That night then it was time for the Night Safari, which is apparently the world's first nocturnal zoo. It was pretty cool actually, you jump on a tram which takes around the open air grounds of the park, and you get to see the animals walking around, having a laugh and all that jazz. 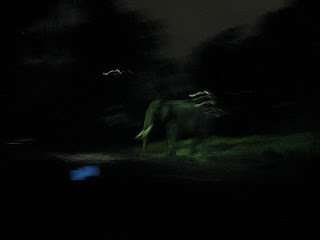 Sorry for the poor camera work, we obviously weren't allowed flash photography. (It's an elephant...)

We also went to an animal show there, (all it was was otters picking up rubbish and putting it in the bin...), but the highlight was most certainly the fat kid they got up on stage as a volunteer. He was doing everything in his power to be as uncooperative as possible! He really stole the show! 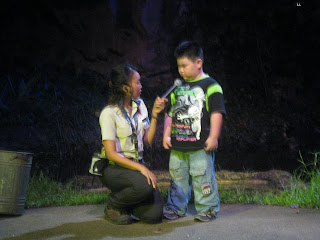 Oh also, there was a snake under our seat for the whole thing! I mean literally, a real snake, underneath our seat! They had this bit in the performance where apparently there was a snake on the loose in the audience, so the presenters were running through the crowd, causing a big commotion, looking for it. And so we were like "yeah yeah, snake in the crowd, oh no..." But it was underneath us the whole time! What are the odds?!

And that was pretty much it for our brief stay in Singapore. It's definitely somewhere I'd like to go back to again in the future though! Next up is our final destination, Penang!